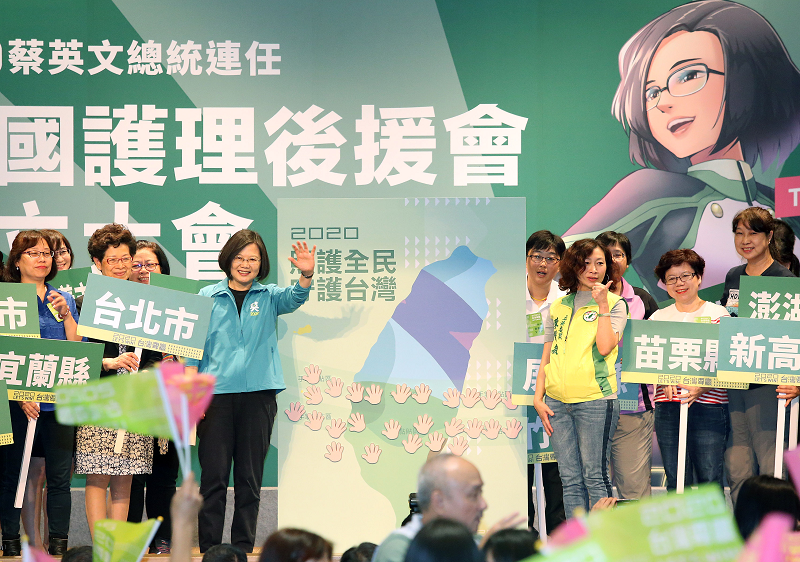 At the meeting Sunday morning, Tsai was greeted with enthusiastic cheers expressing support for Tsai’s re-election by over 800 nurses, health care professionals and other attendees of the event. According to the event’s organizers and the newly established organization, the last time the country’s nursing community mobilized to support the DPP was for the 2008 election.

In her remarks to the crowd, Tsai emphasized that every vote will matter in the upcoming election and rather than simply focusing on certain areas or demographics, the party must expand support for the DPP across the electoral map. Tsai reminded everyone of what is at stake in 2020, stating that Taiwan must not “bow down to evil or pressure from outside forces.”

The president of the newly formed association Amy Chen (陳靜敏), who is also a national legislator, noted that the new national nurse’s association was proud to stand up and put their support behind Tsai Ing-wen, reports CNA. Chen expressed confidence that the nation’s health care professionals would do their best to promote what was best for the country by encouraging others to vote for Tsai in 2020.