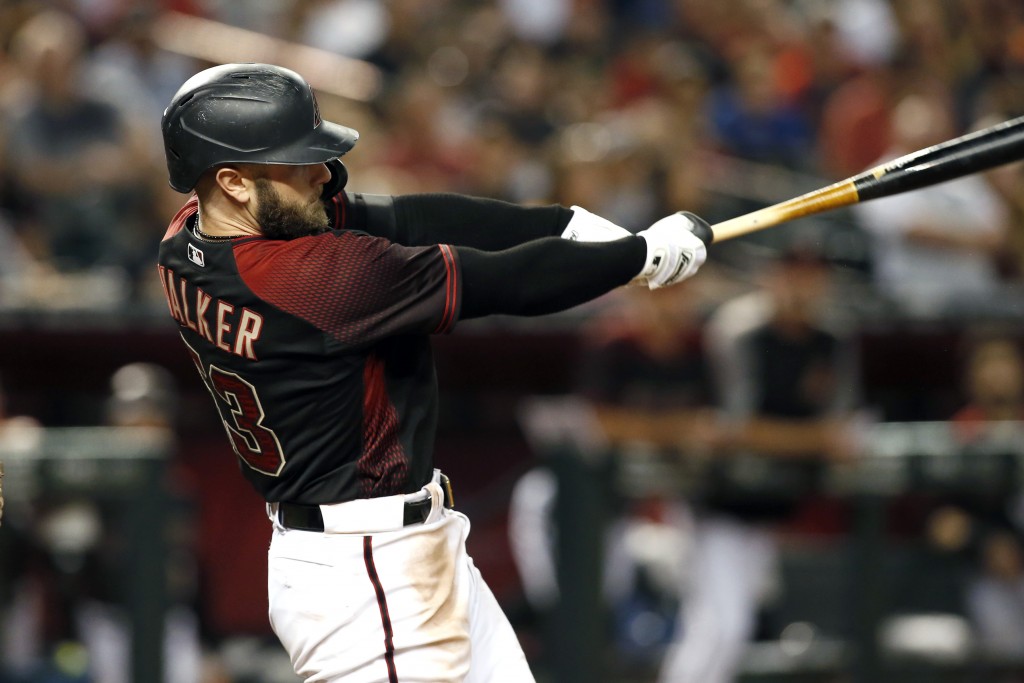 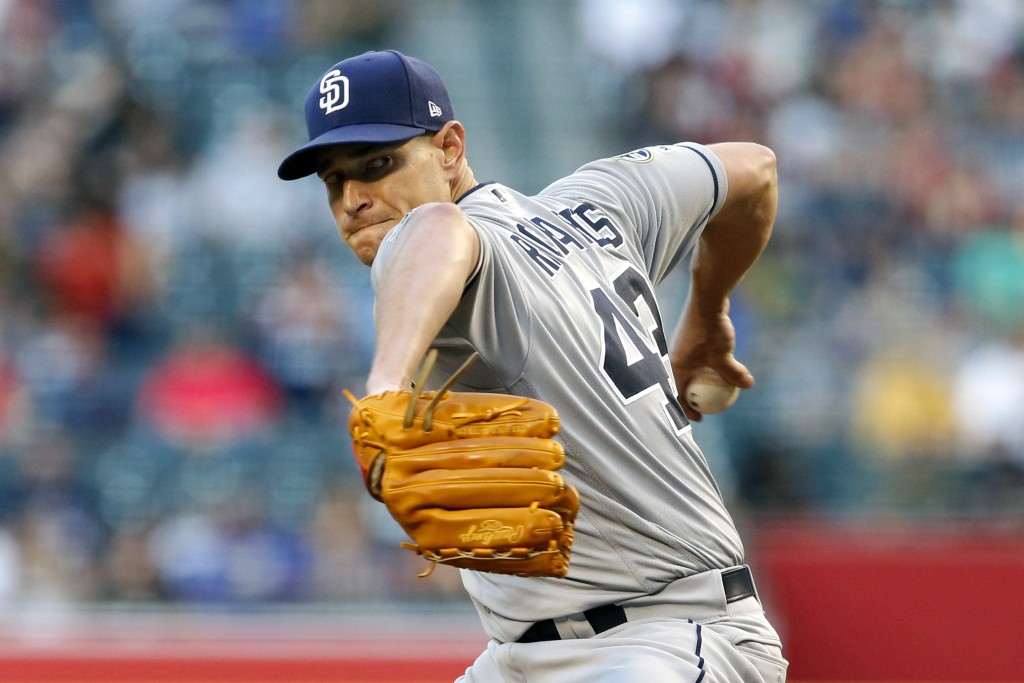 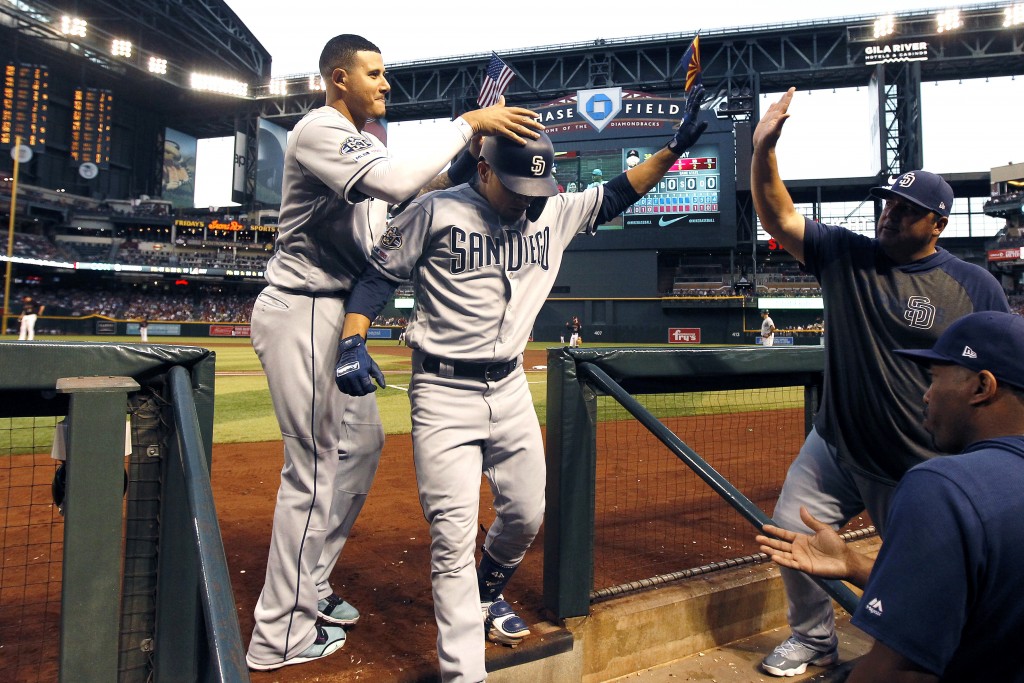 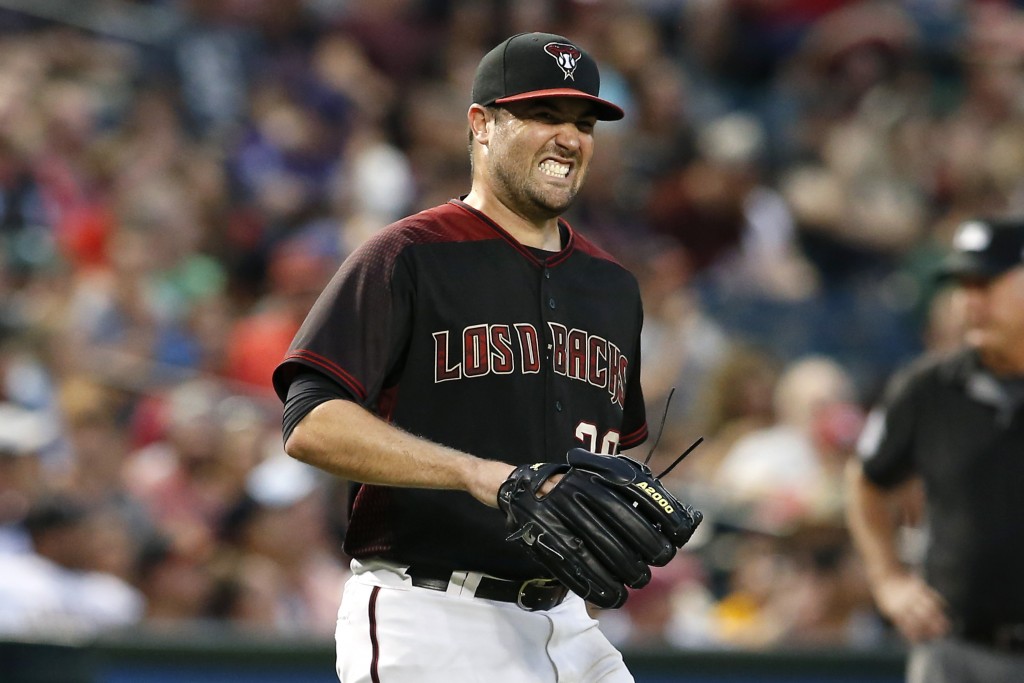 Walker continued a breakout season with his 28th and 29th homers. The 28-year-old came into the year with 88 career at-bats over four seasons, and has found a home in the middle of the Diamondbacks' lineup.

The Padres lost for the 14th time in 16 games. They had a 5-1 lead in the seventh inning, but Arizona rallied with five runs, including Walker's grand slam deep into the left-center seats off David Bednar (0-2).

Hosmer has 99 RBIs this season and could reach 100 RBIs for the second time in his career in Sunday's final game.

Garrett Richards started for the Padres and gave up just one run over 3 1/3 innings. He struck out four and walked four.

The 31-year-old Richards is trying to get back to his 2014 and '15 form, when he was one of the up-and-coming pitchers in the American League with the Los Angeles Angels. Injuries have limited him to just 31 starts over the past four seasons.

He had Tommy John surgery in 2018 and then hurt his shoulder when trying to come back earlier this year. He made his first start of the season on Sept. 16 and is signed through the 2020 season.

Arizona's Robbie Ray (12-9) gave up four runs over six innings in his career-high 33rd start of the season. He struck out 10. Jimmie Sherfy (1-0) earned the win after giving up one run in one inning of relief.

Kevin Ginkel earned his second save.

It's been a record-setting season for homers across the majors and the Diamondbacks are among the teams leaving the yard with regularity.

They've hit 220 homers this season, matching the franchise record in 2017.

The Diamondbacks already have 84 wins this season, which is more than the 82 they finished with in 2018. That's somewhat surprising considering the team lost a few stars to free agency (A.J. Pollock, Patrick Corbin) and two more to trades over the past several months (Paul Goldschmidt, Zack Grienke).

D-backs: RF Adam Jones left the game in third inning because of a tight right hamstring. Jones hit into a fielder's choice in his only at-bat on Saturday. ... Ray took a hard line drive off his left hip/backside area in the fourth inning. He limped around for a few moments but stayed in the game.

Diamondbacks: Arizona RHP Taijuan Walker will make his season debut after missing most of the past two seasons because of Tommy John surgery and then a shoulder injury. Walker has a 31-31 career record and a 3.96 ERA.