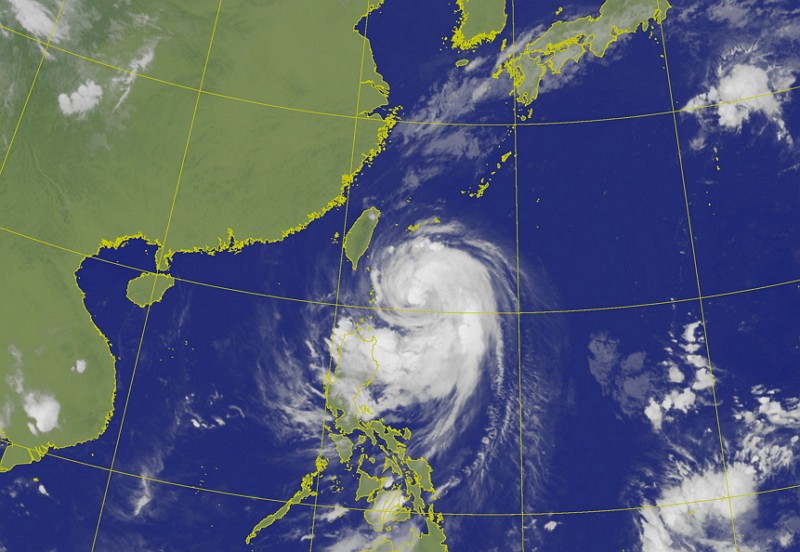 The Central Weather Bureau (CWB) issued a land warning at 8:30 p.m. Sunday for tropical storm Mitag, which is forecast to reach waters about 90 kilometers east of Taipei in northern Taiwan at 8 p.m. Monday and could pose threats to Yilan, Hualien and Taitung in the east.

As of 8 p.m. Sunday, the storm was located 640 km southeast of Taipei, moving in a northwesterly direction at a speed of 21 kph, according to the weather bureau.

Mitag was packing maximum sustained winds of 108 kph, with gusts of up to 137 kph, the CWB said.

Mitag could affect northern and northeastern areas of Taiwan as it approaches the waters off the eastern half of Taiwan, the CWB said.

Under the influence of the storm, heavy rain is expected in northern, northeastern and eastern parts of the country, it forecast.

TAIPEI (Taiwan News) – On Saturday (Sept. 28), tropical depression Mitag (米塔) intensified in the waters off the east coast of the Philippines, becoming a tropical storm.

The storm was located approximately 920 km southeast of Taipei as of 8:00 a.m. Sunday morning and was traveling at 24 km per hour, reports CNA. Currently, the storm’s radius is a little over 150km but continues to increase. If Mitag continues to intensify on its northwest trajectory, it may bring rain and strong winds to Taitung and Hualien Counties as early as Sunday evening, according to the CWB. Current reports suggest that the storm is likely to brush by northeastern Taiwan late Monday (Sept. 30) evening or early Tuesday (Oct. 1) morning.

Meteorologists expect that Mitag will reach typhoon status within 24 hours. Although the eye of the storm is not expected to make landfall in Taiwan, authorities are likely to issue storm warnings for Yilan, New Taipei, and Taipei, also in the next 24 hours.

The current trajectory for Mitag plotted by meteorologists anticipates the storm will scrape past Taiwan, before shifting slightly north to brush over China’s Zhejiang Province before heading into the Yellow Sea and possibly striking the Korean Peninsula. 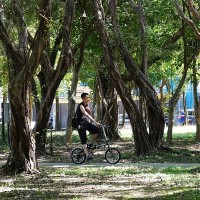