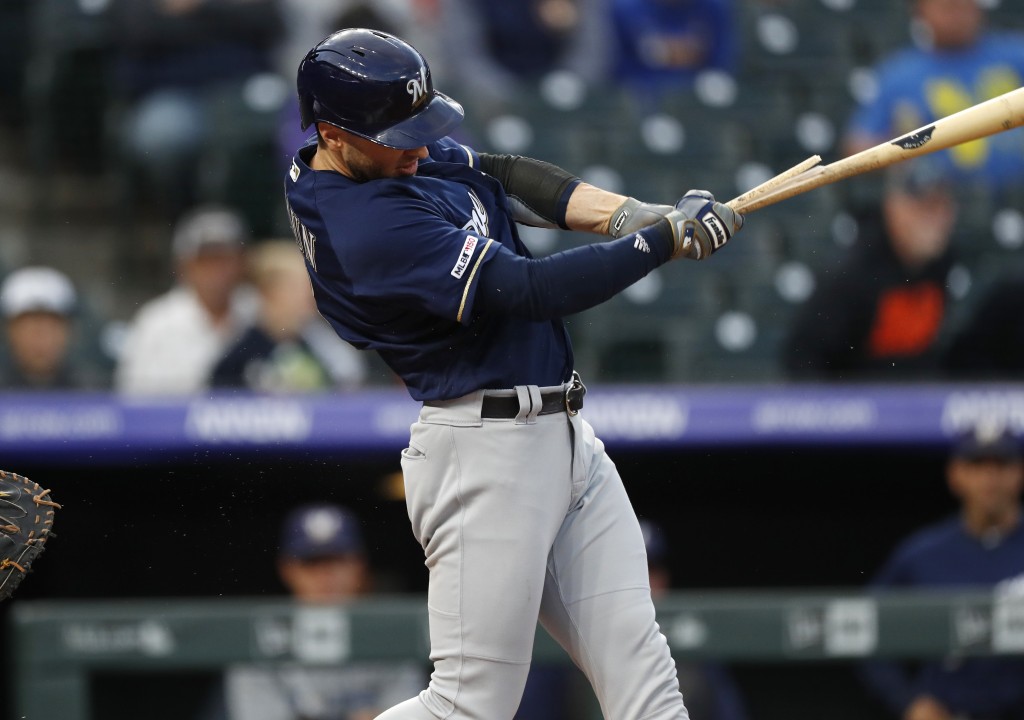 DENVER (AP) — Milwaukee outfielder Ryan Braun will miss the final two scheduled games of the regular season this weekend because of a mild left calf strain but hopes to be available after that for the playoff-bound Brewers.

An MRI on Braun's calf Saturday morning confirmed the injury, sustained during Friday night's loss to Colorado. Braun hit an RBI single in the first inning and played left field in the bottom half before he was pulled in the second. He said the strain was at the top of his calf, close to the back of his knee.

Braun says he will receive treatment over the next couple of days, but won't test his calf before Monday. Milwaukee has clinched a playoff berth and could end up in a tiebreaker Monday against St. Louis for the NL Central title. If the Brewers don't win the division, they will play Washington in the wild-card game Tuesday night.

The 35-year-old Braun has been in and out of the lineup all season because of back issues. He is hitting .284 with 22 home runs and 75 RBIs.

Third baseman Mike Moustakas was back in the lineup Saturday. He missed Friday's game with left elbow soreness but says he is feeling better.