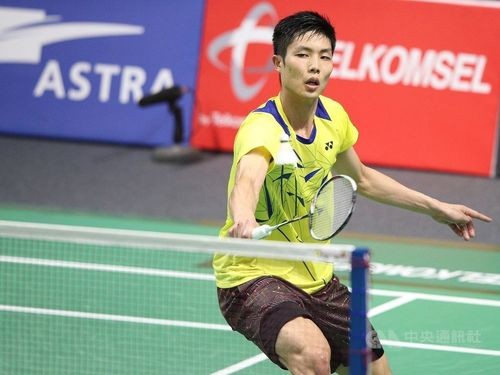 After losing the first game to Wang, Chou raised his play to display an excellent net game and dominated both the second and third games.

Chou won 54 rallies out of the 99 played, while Wang won 45.
In the finals, Chou will face the winner between first-seeded world No. 1 Kento Momoto of Japan and world No. 30 Kashyap Parupalli of India.

In mid-July, Chou scored one of the biggest victories of his career when he won the Blibli Indonesia Open, a top-tier BWF Super 1000 event, followed by a BWF Super 500 event in Thailand in August.

Meanwhile, Taiwan's world No. 1 in women's singles Tai Tzu-ying (戴資穎) proved no match for world No. 6 Ratchanok Intanon of Thailand and was defeated in straight games 19-21, 11-21 in a semi-final match that lasted 32 minutes.

The Korea Open 2019, a BWF Super 500 event, opened Tuesday at Incheon Airport Skydome and will run until Sunday. The tournament carries a total purse of US$400,000. (By William Yen)