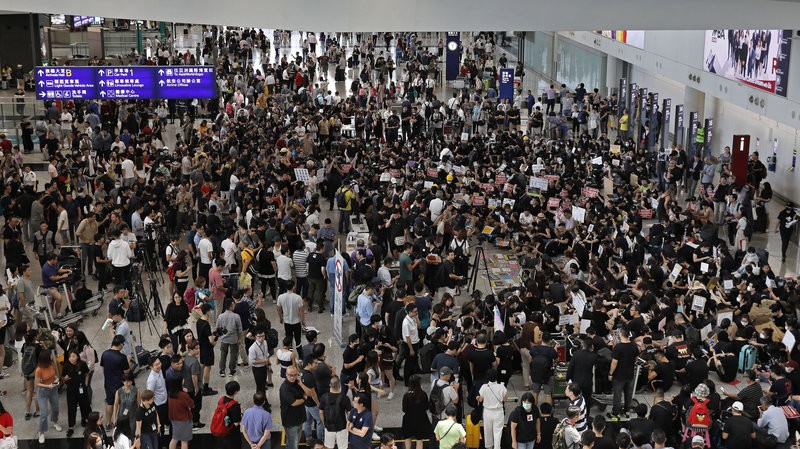 Taiwanese travelers found in possession of such materials might be refused entry to Hong Kong in future, the Central News Agency reported.

Since the protests against the extradition bill and against growing Chinese influence emerged last June, support in Taiwan has also expanded, with groups sending over items like gas masks and helmets to be used by protesters to protect themselves against police violence.

Hong Kong’s Chinese-language Ming Pao newspaper reported that senior immigration officials had ordered staff at the airport to look out for such items, with special attention to be paid to all passengers arriving from Taiwan.

All luggage from Taiwan had to go through X-ray checks, and if “strategic items” such as masks were suspected, a picture of the suitcase would be taken and passed on to immigration, who would conduct more thorough checks in the presence of the passenger.

Three other Taiwanese men carrying similar items had their names noted by immigration, with the possibility they had been blacklisted, the report said.

The authorities’ nervousness has increased amid continuing mass protests and the approaching date of October 1, the 70th anniversary of the People’s Republic of China.