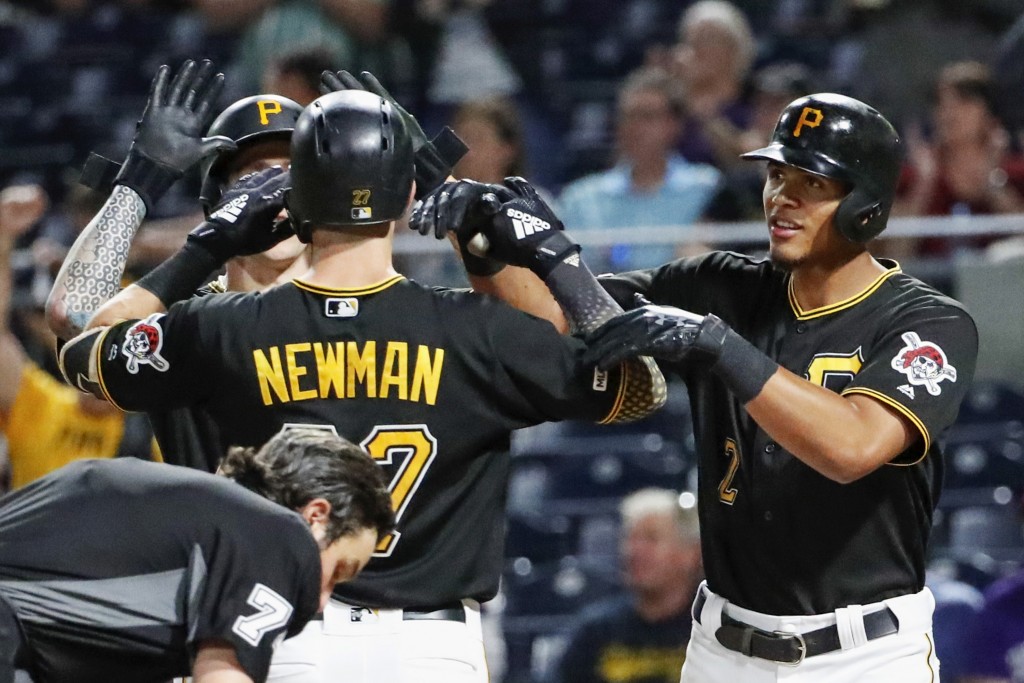 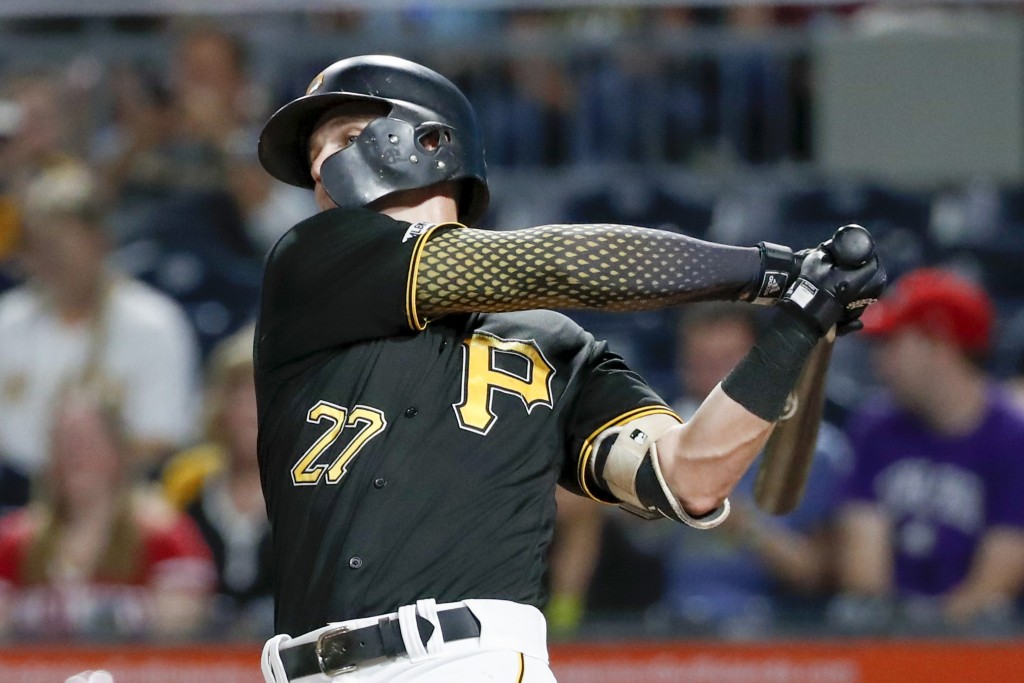 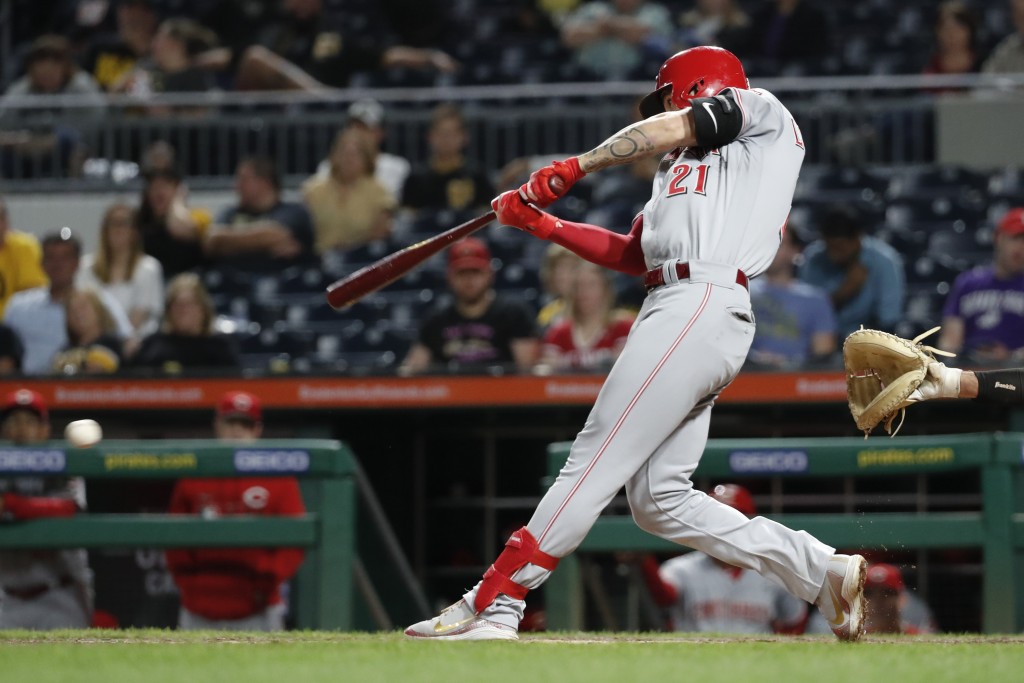 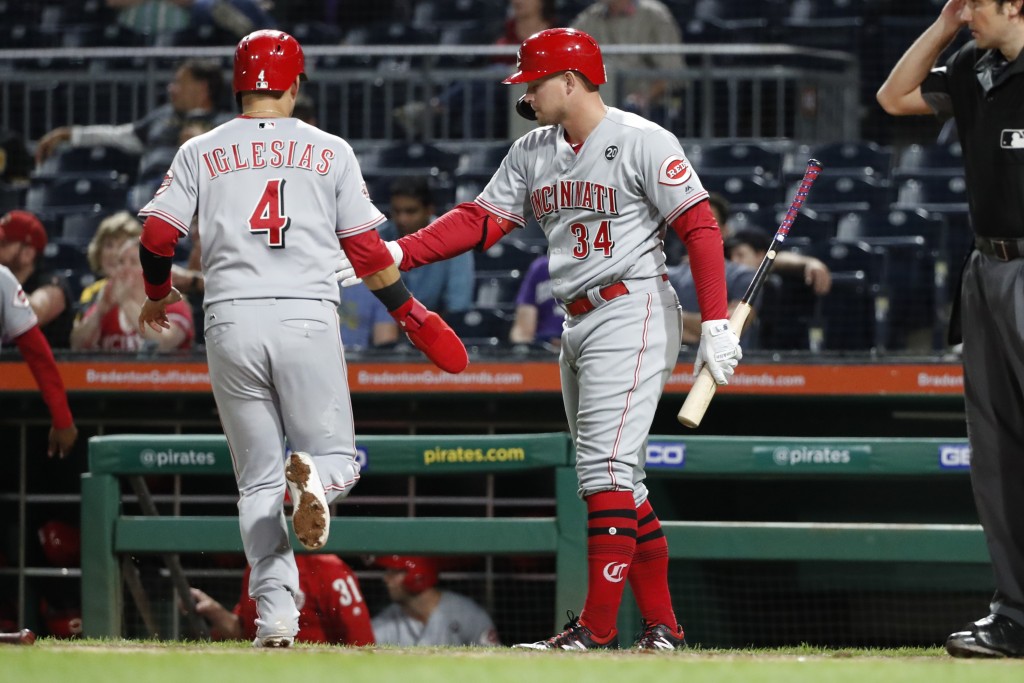 PITTSBURGH (AP) — Kevin Newman hit a two-run homer with two out in the ninth inning to give the Pittsburgh Pirates a 6-5 victory over the Cincinnati Reds on Friday night.

Jake Elmore set up Newman's game-ending swing with a leadoff single against Raisel Iglesias (3-12). After Erik Gonzalez and Melky Cabrera grounded out, Newman hit a drive into the bleachers in left for his 12th homer.

Newman also hit a three-run homer in the fifth and is batting .310 this season. The shortstop and Bryan Reynolds are angling to become the first pair of qualified rookie teammates to each hit over .300 since 1975.

It was Iglesias' sixth blown save opportunity. Yacksel Rios (1-0) worked a scoreless inning for his fifth career victory.

Michael Lorenzen put the Reds ahead with an RBI single in the eighth and pitched two innings of scoreless relief after moving to the mound from center field.

The Reds scored two in the first and two in the fifth off Steven Brault. A two-way player in his own right, Brault had a sacrifice bunt and a single to increase his batting average to .341 on the season.

Reds: INF/OF Derek Dietrich had arthroscopic surgery to clean out his left shoulder and is out for the rest of the season. ... INF Freddy Galvis has been shut down after battling the flu and pneumonia. He hasn't played since Sept. 14.

Pirates: Reynolds missed his second straight game with right hamstring discomfort. 3B Colin Moran missed his third game with hip discomfort. Manager Clint Hurdle did not rule out a return over the weekend for either player.

Reds: Have not announced a starter for Saturday's game.