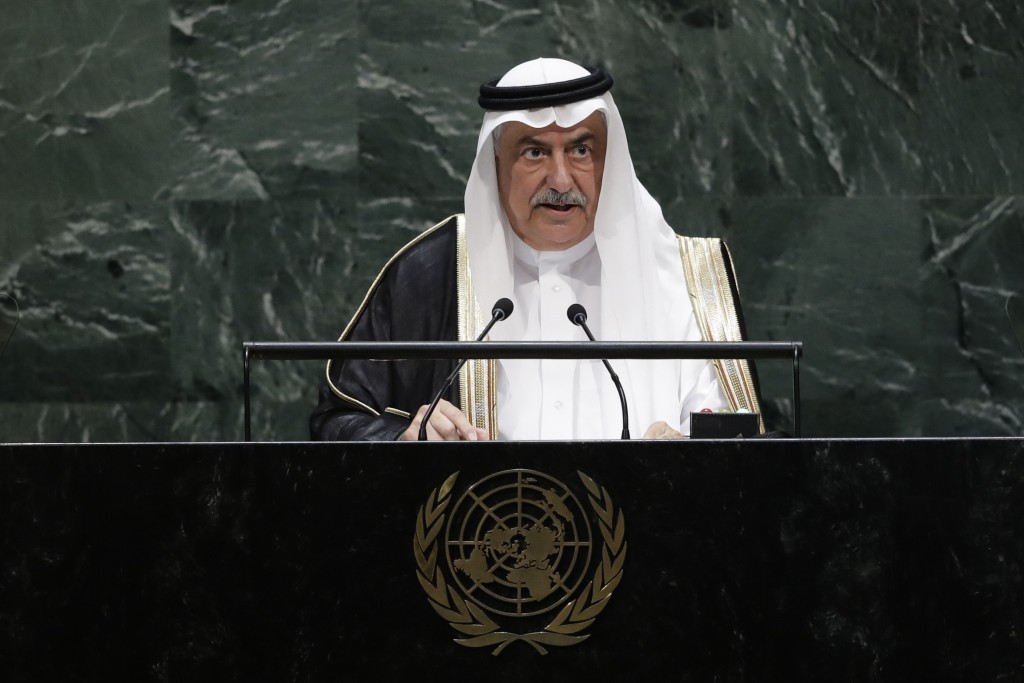 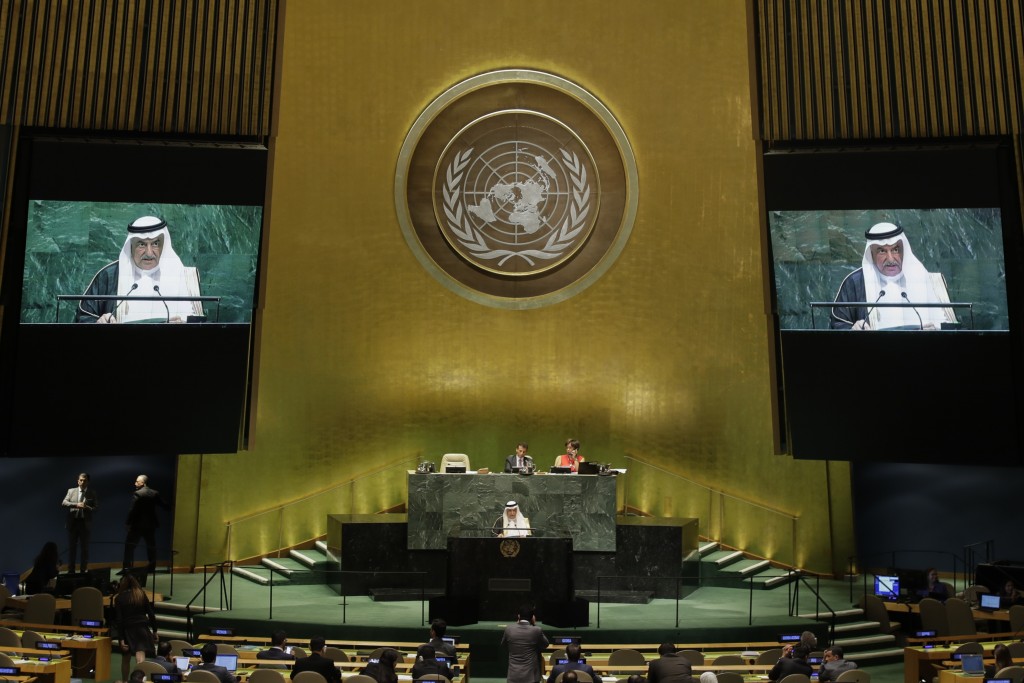 UNITED NATIONS (AP) — Saudi Arabia called on the world to apply "utmost pressure with every tool available" to end Iran's aggressive conduct, saying Thursday that the most effective way to control Tehran is to cut off its financial resources.

"We know very well who stood behind this aggression," Al-Assaf told the U.N. General Assembly. He called the strikes a flagrant violation of international laws and a threat to international peace and security.

"We have known that regime for 40 years. It is good at nothing but masterminding explosions, destruction and assassinations, not only in our region but also throughout the world," Al-Assaf said. "Utmost pressure with every tool available should be applied to end the terrorist and aggressive conduct of the Iranian regime."

Saudi Arabia insists Iranian weapons were used and has invited U.N. investigators to assess where the strikes were launched. The United States, France, Britain and Germany also blame Iran, which has been under U.S. sanctions since 2018.

Iran has repeatedly and vehemently denied any involvement, and its president, Hassan Rouhani, says the Tehran government will not talk until the sanctions are lifted.

"Cease this policy of maximum pressure and pursue a policy of dialogue and logic and reason," he stressed at a news conference on the sidelines of the General Assembly on Thursday.

U.S. President Donald Trump has deferred, at least for now, any immediate military strike on Iran. But he approved a broader effort to beef up security in Saudi Arabia and the region. He told reporters that showing restraint "shows far more strength" than launching retaliatory strikes now.

The U.S. said Thursday it was sending one Patriot missile battery and four ground-based radar systems to Saudi Arabia, in what officials describe as the first steps to help the kingdom protect itself against Iranian attacks. Two more Patriot batteries and a THAAD missile defense system will be prepared to go later if needed, and the deployment will involve about 200 troops.

Said al-Assaf: "It is necessary for the international community to realize that cutting off sources of finance is the best way to compel the regime to renounce its militias, prevent it from developing ballistic missiles and put an end to its destabilizing activities in the region and the world."

He added: "We are dealing with a rogue and terrorist system that continues to threaten international peace and security. It also jeopardizes energy supplies and the world economy; hence, the recent attacks are a real test of the international community's will."

Tensions between Iran and the West have risen since Trump withdrew the U.S. from Iran's 2015 nuclear deal with several world powers, saying the agreement was woefully inadequate.

The U.S. went on to impose heavy sanctions on Iran, even as other nations that signed the nuclear accord argued for trying to salvage it. After continuing to comply with the agreement for a year, Iran has returned to expanding its nuclear enrichment program.