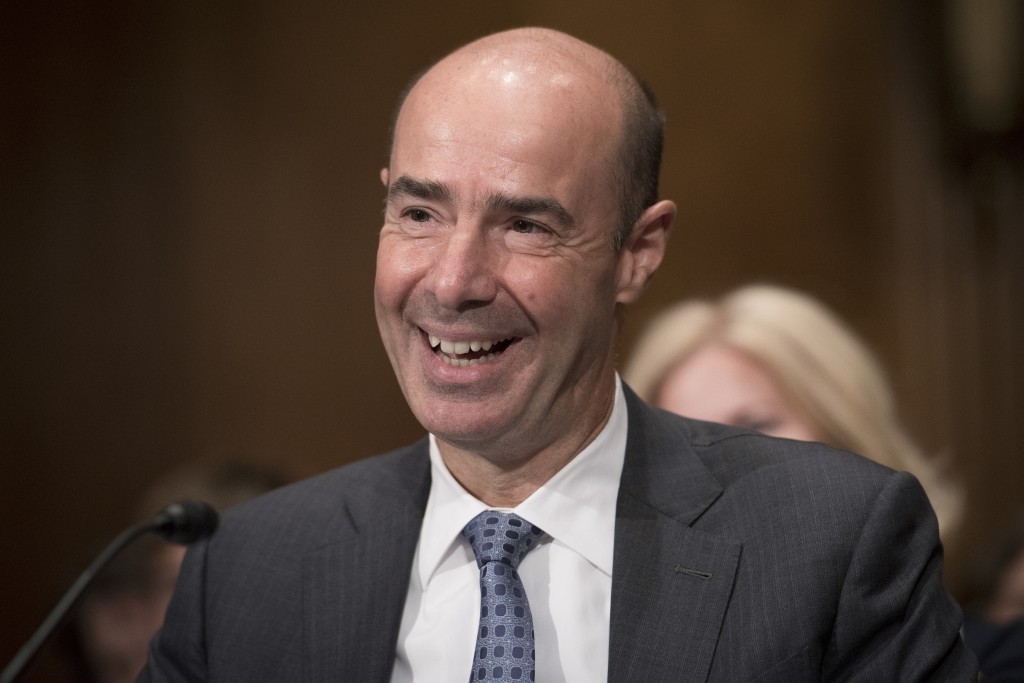 The Senate voted Thursday along party lines, 53-44, to approve the nomination.

Scalia spent much of his career as a partner in the Washington office of the Gibson, Dunn and Crutcher firm, where he rang up a string of victories in court cases on behalf of business interests challenging labor and financial regulations.

Republicans say Scalia's background makes him highly qualified for the Cabinet post. Democrats say he's fought for corporations and against workers. The AFL-CIO opposed his nomination, calling him a union-busting lawyer