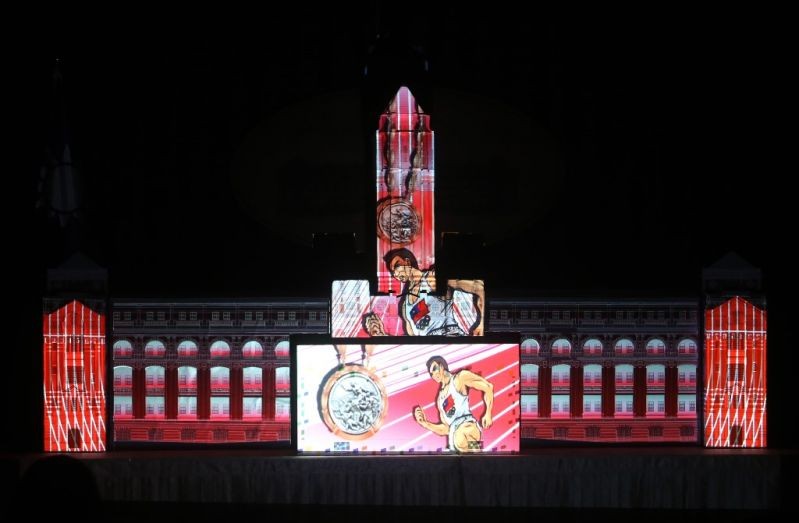 A light show is set to be projected onto the Presidential Office in Taipei City Oct. 4-10 as the country begins its Double Tenth National Day celebrations.

Organized by the Taipei-based General Association of Chinese Culture and ROC National Day Celebration Association, the display is themed “100-Year Time Machine” in recognition of the PO’s 100th anniversary. It will run every 30 minutes from 7:00 p.m. to 9:30 p.m. in front of the PO on Ketagalan Boulevard

Show director Agi Chen said that the concept will showcase Taiwan’s cultural diversity, adding that it will take viewers on a colorful journey through the nation’s unique 108-year history.

According to GACC Deputy Secretary-General Lee Hou-ching, the display includes scenes of Taiwan’s military, technological and sporting successes. Combining the PO’s striking architecture with the spectacular visual display is sure to be a feast for the eyes, he added.

The light show is just part of a slate of celebrations running until Oct. 10 nationwide. Highlights include President Tsai Ing-wen’s National Day Address and a 42-minute fireworks extravaganza in southern Taiwan’s Pingtung County.