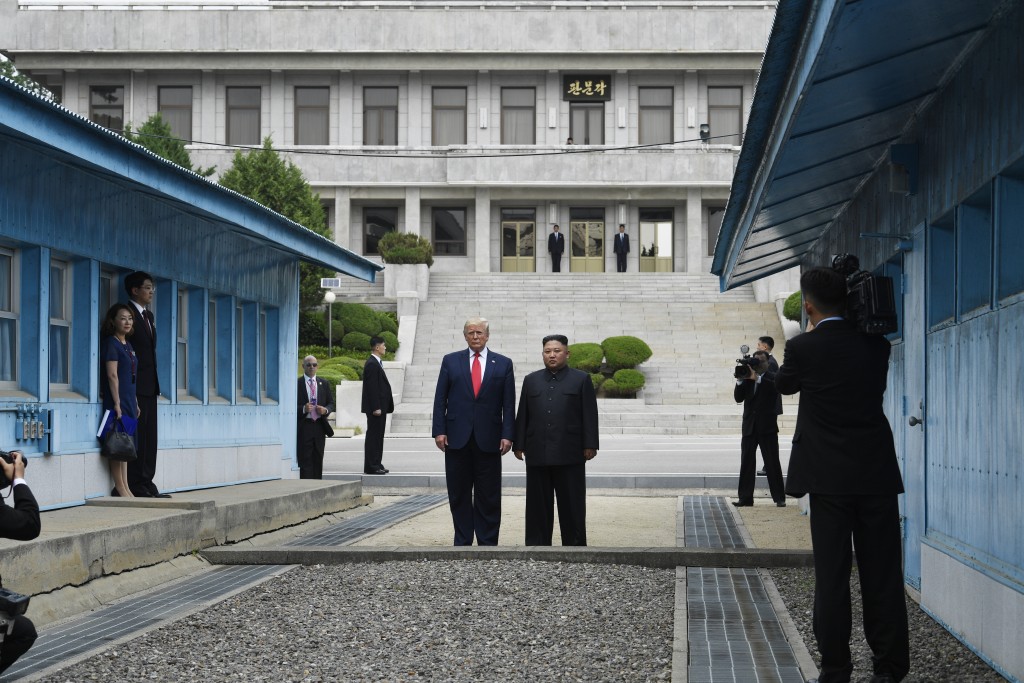 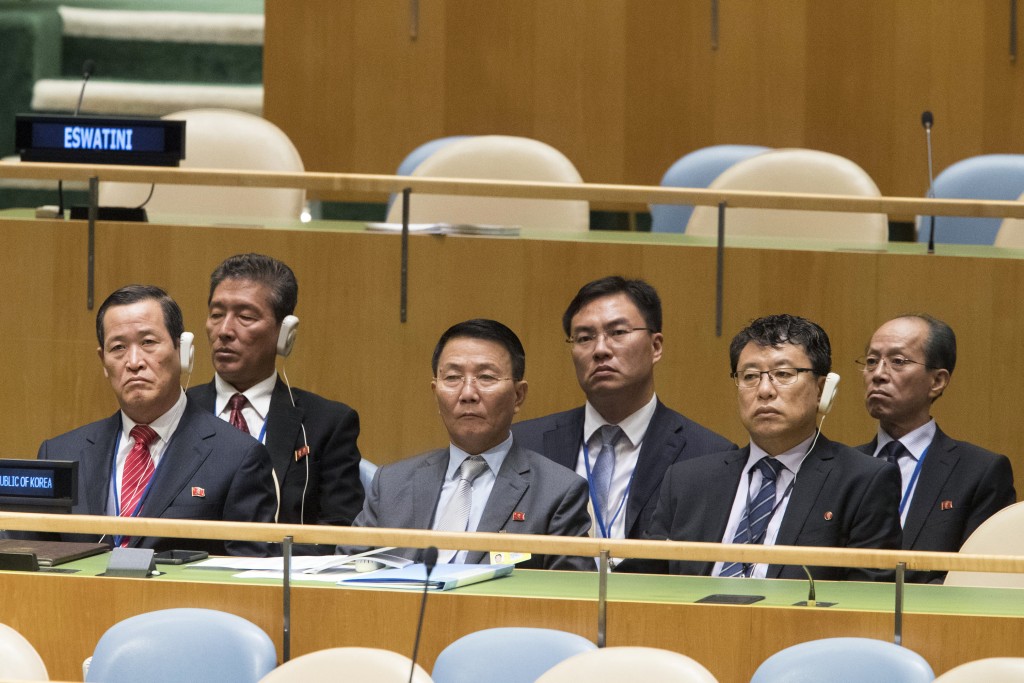 Last year, Trump basked in the glow of diplomacy that suggested a genuine chance for detente with the North, a surreal notion in a corner of the world that has been in a technical state of war since the 1950s.

North Korea warranted a single, rehashed sentence in Trump's address, and, aside from his hints to reporters of another possible summit with leader Kim Jong Un, the issue has been largely overshadowed by other standoffs and scandals: Iran, for instance, and talk of Trump's impeachment. The North, for its part, is reportedly sending only an ambassador, not its foreign minister, to take the General Assembly stage Monday — well after most world leaders have gone home.

The shift from dramatic threats to high-stakes diplomacy to virtual afterthought at the United Nations reflects the strange, muddled state of affairs on the Korean Peninsula.

North Korea is still making threats in its state media. It's still conducting banned weapons tests as it looks to put pressure on the United States ahead of any resumption of stalled nuclear talks.

But the threats aren't particularly salty, at least by North Korea's vivid standards. And the weapons being tested are meant to target South Korea and Japan, not the U.S. mainland, something Trump has repeatedly mentioned while downplaying the tests.

The low-key approach by Washington and Pyongyang at the United Nations may reflect a diplomatic waiting game as the two sides jockey for position ahead of any resumed talks.

"It certainly looks like neither side wants to stir the pot," said Vipin Narang, a North Korea expert at MIT.

He is optimistic that lower-level nuclear talks could start soon, because of a recent break in weapons tests, Trump's firing of his hawkish national security adviser, John Bolton, and the U.S. president's need for a win as lawmakers pursue impeachment. North Korea, he said, wants to do a deal with Trump rather than navigate a more hawkish Democratic administration should Trump lose the 2020 presidential election.

"Incentives align on both sides," Narang said. "That makes me think the low-key mention of North Korea, and the emphasis on Iran, was designed to keep the window wide open for working-level talks."

The relative silence on the North Korea nuclear standoff is all the more striking because it has played such a key part in recent U.N. General Assemblies.

In 2017, Trump arrived for the gathering as Pyongyang was making a run of increasingly powerful weapons tests that put the North closer than ever to backing up its claim to be a full-fledged nuclear power. Those tests, and Trump's belligerent reaction, had some fearing war.

Standing at the U.N. podium that year, Trump belittled Kim Jong Un as "Rocket Man" and threatened to "totally destroy" his country. The North's top diplomat later said that a Trump tweet that Kim Jong Un "won't be around much longer" amounted to a declaration of war.

After South Korea's president used the 2018 Winter Olympics in the South to reach out to Kim, an astonishing run of diplomacy took hold, and Trump and Kim made history with a meeting in Singapore in June of that year. That first summit was criticized because Trump and Kim issued a vague statement about a nuclear-free peninsula without describing when and how it would occur.

Still, at the U.N. meetings in late September, Trump touted "the wonderful relationship" with Kim and noted that "missiles and rockets are no longer flying" from North Korea.

The second Trump-Kim summit, which happened early this year in Hanoi, ended in failure as Trump balked at North Korean demands for sanctions relief in return for what was seen as too little movement on nuclear disarmament. Hopes rose again when the leaders met again in June at the Koreas' tense border, but North Korea then turned to repeated short-range weapons tests.

Which brings us to this year's General Assembly — and the North's uncharacteristic vanishing act.

"Part of it might be that there's simply less to talk about this year," Mintaro Oba, a former U.S. diplomat specializing in the Koreas, said. "U.S.-North Korea diplomacy has been sputtering along without any huge achievements to highlight, and President Trump has no desire to go in the opposite direction and return to 'fire and fury' bombast."

Trump, Oba said, may have missed an opportunity at the United Nations.

"The North Koreans are masters of shaping the public narrative and putting the burden of action on the United States," he said. "President Trump had a chance to flip the script by making some sort of creative proposal to advance U.S.-North Korea talks from the podium, thus very publicly putting the onus on North Korea" to either accept the proposal or suggest another way.

Instead, Oba said, "Trump stuck to the same old talking points. And the end result is that North Korea remains fully in control of the timing and the public narrative surrounding diplomacy heading toward the end of year."

Foster Klug, AP's news director for the Koreas, Japan, Australia and the South Pacific, has covered North Korea since 2005. Follow him on Twitter at @APklug.