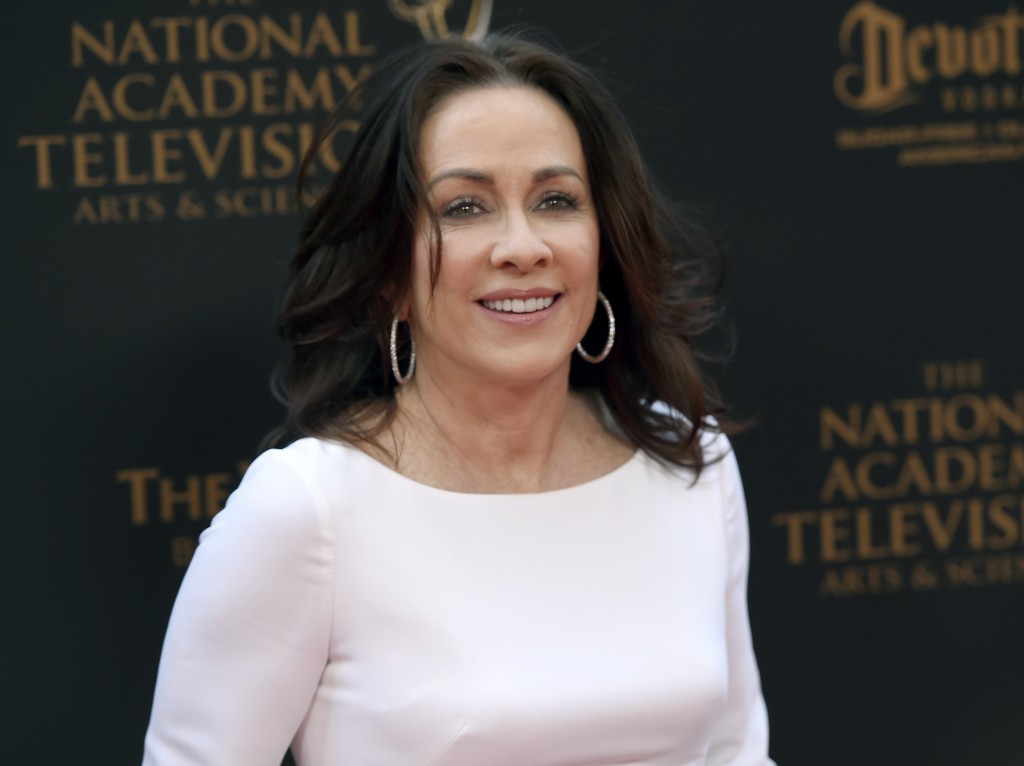 LOS ANGELES (AP) — Patricia Heaton is having a recurring dream she describes as "half prosperity, half panic," in which she and her husband are remodeling a massive apartment in New York City with a squad of designers. Then comes the unsettling part, when she wonders why and how they bought the money pit.

Heaton, who starred in the long-running family sitcoms "Everybody Loves Raymond" and "The Middle," realized the imaginary apartment is a metaphor for her new CBS sitcom, "Carol's Second Act," about a divorced empty nester who's pursuing a medical degree surrounded by decades-younger interns. Heaton also is an executive producer for the workplace comedy.

"I get this shiny, glorious show that we're building, and I'm feeling, 'OK, am I going to be able to handle it?' ... So clearly, internally, I'm having a big adjustment," Heaton said of the series debuting 9:30 p.m. EDT Thursday. The cast includes Kyle MacLachlan.

In an interview with The Associated Press, Heaton discussed the show's generation gap, the challenge of producing and her rear-view mirror view of the wife and mom she played opposite Ray Romano.

AP: How does "Carol's Second Act" find humor in the differences between age groups without mocking them?

Heaton: I do feel there is a balance between making old-people jokes, and we do make them and they're funny and I enjoy them. Let's face it, I'm older and it's an experience that has its particular moments. I do find we have a cultural gap. We were talking about Joan Jett and I said something about Suzi Quatro (a pre-Jett rock star) and they all looked at me like, "Who's Suzi Quatro?" We don't want it to be, "Oh, I don't know how to use the computer" or "I wear adult diapers." We don't want to go into that kind of cliche. We're also working on finding those places where they come together, and what Carol can learn from her co-workers who are not her peers generationally.

AP: You're a producer on the series as well as lead. What's been unexpected about taking on that added responsibility?

Heaton: I don't know how Ray Romano did it. He was producing, and he would leave rehearsal and go into the writers room and then editing, so his day was really long. I don't know how I did it either on "Raymond." I have four kids, and the first and third seasons I was giving birth to two of them, so I was going through surgery and then right back to the show. With the fourth one, I think I was back two weeks later. So it's pretty crazy, and there have been moments I'm like, "Why did I think I'd do this?" But what's really important in keeping vital in life is to challenge yourself, and to step out into the unknown and be OK with that. Get going and keep learning.

AP: You became known for playing homemaker s, flippant and feisty ones as compared to, say, Florence Henderson's Mrs. Brady. How do you rank yourself as a TV mom?

Heaton: I was recently watching an episode of "Raymond" and I could tell how angry and mean Debra was. If I went back and did it today, I think I would temper it a little bit. Debra was a mom who had toddlers, and I think for all of us women, that stage of life is difficult. I had four of them, and you're just going and going and going and you get upset when your husband doesn't step up to the plate. I look back on it and think, "Wow, Debra." It was a bit harsh, but it was written that way. She wasn't Florence Henderson, that's for sure.

Lynn Elber is at lelber@ap.org and on Twitter at http://twitter.com/lynnelber.