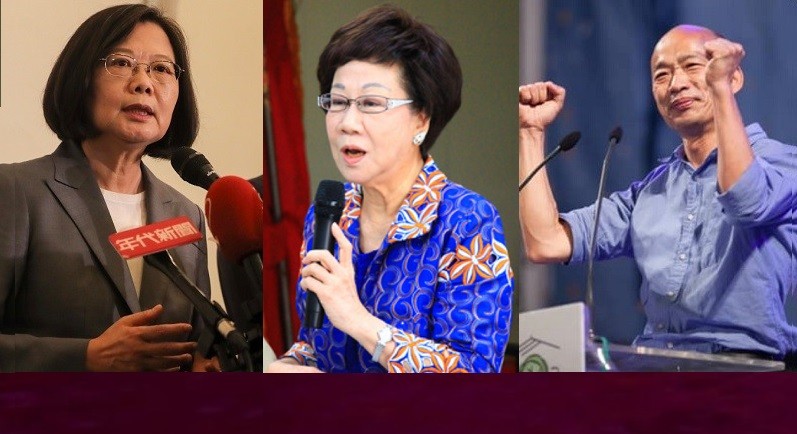 TAIPEI (Taiwan News) – President Tsai Ing-wen (蔡英文) was performing well in opinion polls, though concerns still linger about the allegations surrounding her Ph.D. from the London School of Economics and Political Science (LSE), according to polling expert Ying-lung You (游盈隆) Tuesday (September 24).

If Tsai only faced Kuomintang (KMT) candidate Han Kuo-yu (韓國瑜) in the election, she would receive 53.6 percent of the votes, with the mayor of Kaohsiung trailing far behind at 30.9 percent, the Taiwanese Public Opinion Foundation (TPOF, 台灣民意基金會) chairman said.

The gap between the two contenders has never been larger since the two main parties selected them to run in the January 11, 2020 election, according to You.

If former Vice President Annette Lu (呂秀蓮), who has to collect 280,384 endorsements by November 2, joined the race, Tsai would still win about half the popular vote, 49.7 percent, with Han receiving 27.9 percent and Lu 10.4 percent.

Asked about their view of the past three years of governance by President Tsai, 48 percent of respondents expressed satisfaction with her administration, while 44 percent disagreed.

The question of the president’s integrity amid allegations of problems surrounding her Ph.D. from LSE might continue to affect her standing, You argued. The poll found that 31.9 percent of the public thought there was no problem, while 17.8 percent did not believe the allegations at all. A total of 15.3 percent believed there might be some problem, 9.3 percent was convinced, and 13 percent had no opinion.

TPOF Chairman You saw five factors which had helped Tsai turn her public support around, including a certain degree of separation between president and premier, allowing her to take some distance from issues which might harm her public standing.

A second element was a tougher line on China, especially in the wake of the protests in Hong Kong. Tsai also allowed Premier Su Tseng-chang’s (蘇貞昌) Cabinet team some relative autonomy, combined with measures benefiting the public.

The outside environment also favored Tsai, with the trade war between the United States and China, the protests in Hong Kong, and closer relations with Washington, You said.

The last factor to help the president were the continuous controversies surrounding her opponent, leading former critics argue that Tsai was not so bad after all.

The poll was conducted by Focus Survey Research September 18-19, received 1,080 valid responses with a margin of error of 2.98 percent.