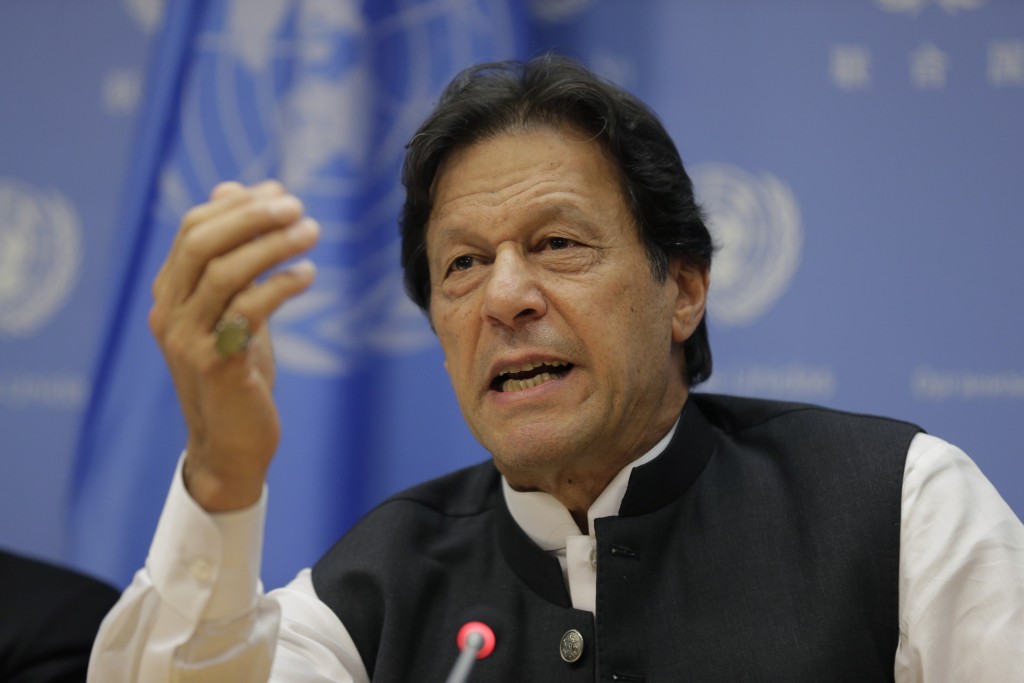 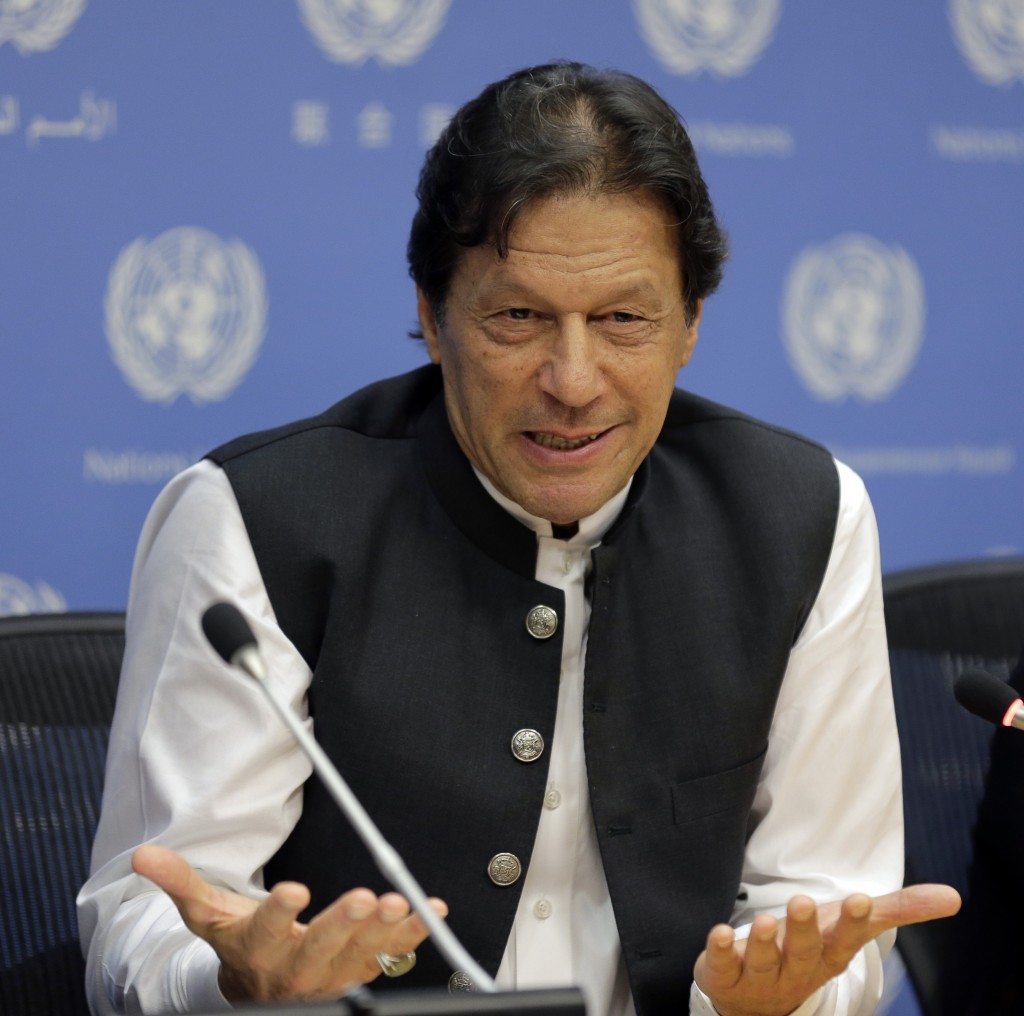 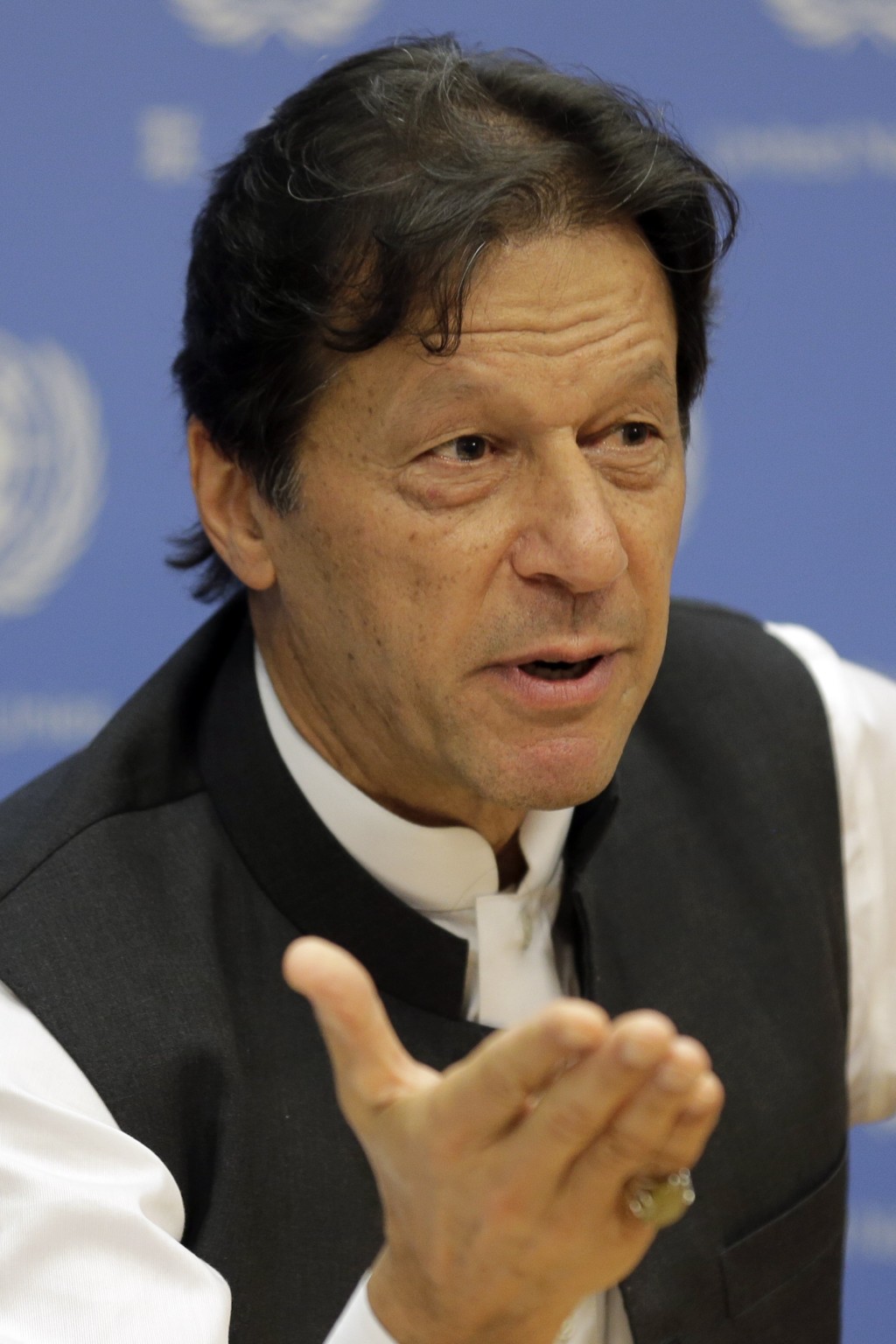 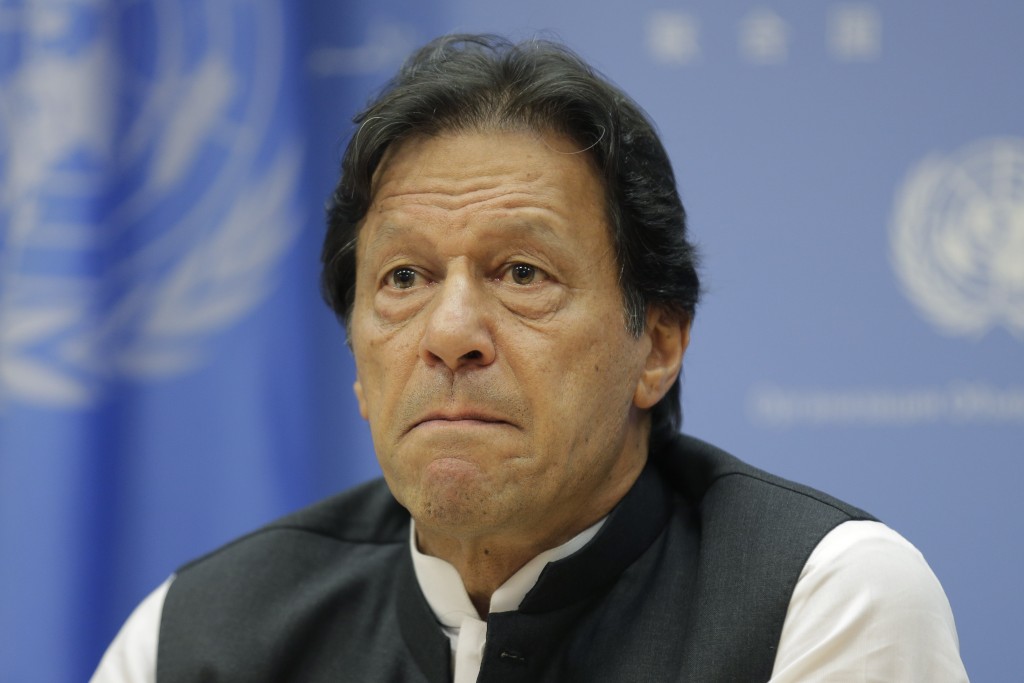 The rivals, which have fought two of their three wars over Kashmir, have been locked in a worsening standoff since August 5, when Indian Prime Minister Narendra Modi, who Khan called a "racist," stripped the portion of Kashmir that India controls of its limited autonomy. Indian authorities imposed a sweeping military curfew and cut off residents from all communications and the internet.

"For 50 days, the people of Kashmir have been locked down by 900,000 soldiers," Khan said, describing mass arrests, non-functioning hospitals and "a total news blackout" in the region.

"Eight million people in an open jail is unprecedented in this day and age," Khan said. "The biggest worry is what happens once the curfew is lifted? We fear with 900,000 soldiers there, there will be a massacre."

India and Pakistan's conflict over Kashmir dates to the late 1940s when they won independence from Britain. The region is one of the most heavily militarized in the world, patrolled by soldiers and paramilitary police. Most Kashmiris resent the Indian troop presence. Modi has defended the Kashmir changes as freeing the territory from separatism, and his supporters welcomed the move.

U.S. President Donald Trump said after an earlier meeting with Khan that it would be great if Modi and Khan can resolve their standoff over Kashmir.

But while Khan said he has raised Kashmir with world leaders this week, he expressed no interest in meeting with Modi.

"Unfortunately India today is governed by a racist, a Hindu supremacist," Khan said. "They do not consider Muslims as equal citizens"

Indian U.N. Ambassador Syed Akbaruddin indicated in a recent interview that a meeting between Modi and Khan was unlikely: "There has to be an enabling environment before leaders meet."

"Today the talk that is emanating from Pakistan in certainly not conducive to that enabling environment," he said.

Khan also addressed claims by India's army chief, Gen. Bipin Rawat, that Pakistan has reactivated militant camps in Pakistan-held Kashmir and about 500 militants are waiting to infiltrate India. He didn't provide any evidence to back his claims.

"What possible benefit is Pakistan going to have now sending in terrorists when there are 900,000 security forces there? All that would happen is that there would be more oppression on the people of Kashmir," he said.

Khan also said that he had begun, at the request of the U.S. president, to mediate between Trump and Iranian President Hassan Rouhani over a nuclear standoff. He provided no other details but said he had spoken to Rouhani on Monday after Trump asked Khan to "deescalate the situation."

"We are trying our best," he said.