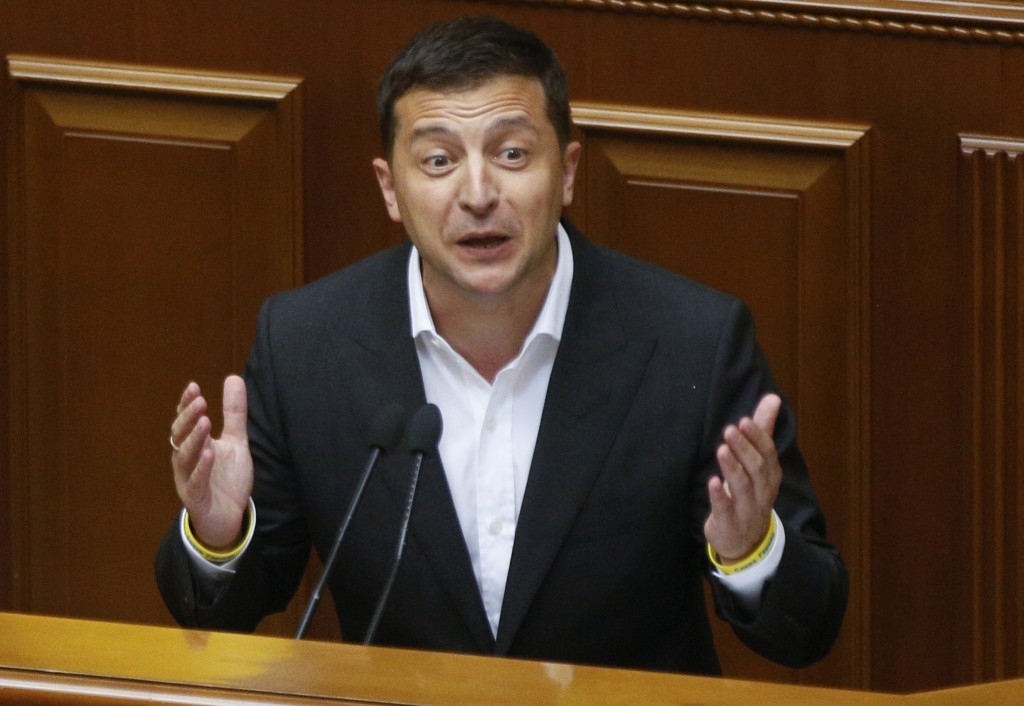 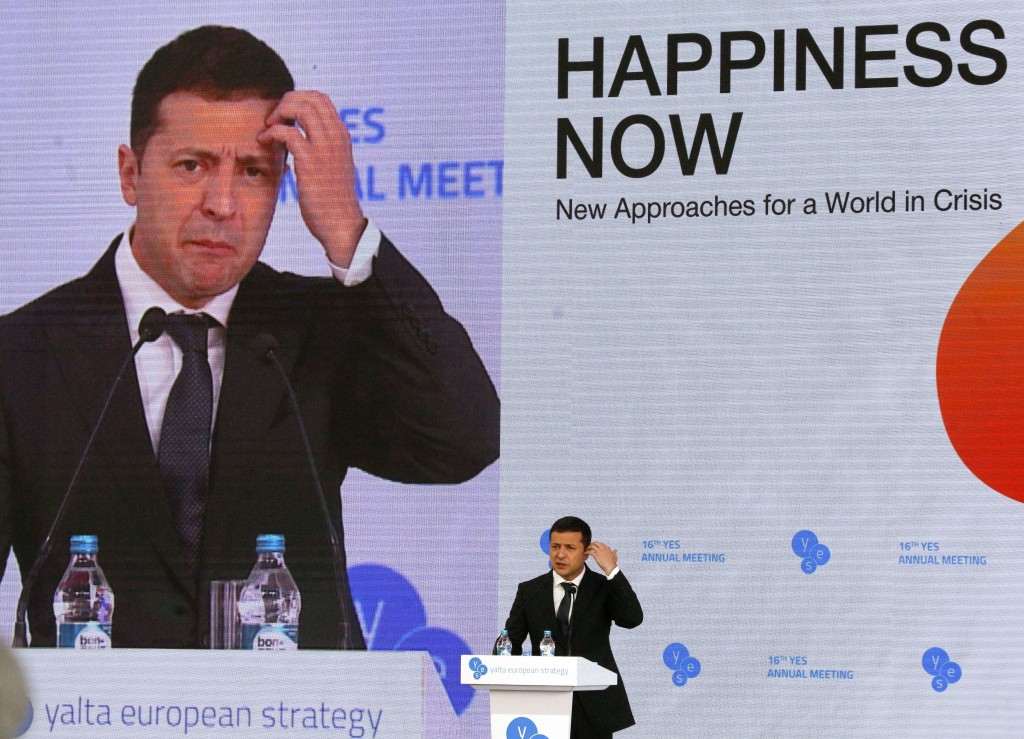 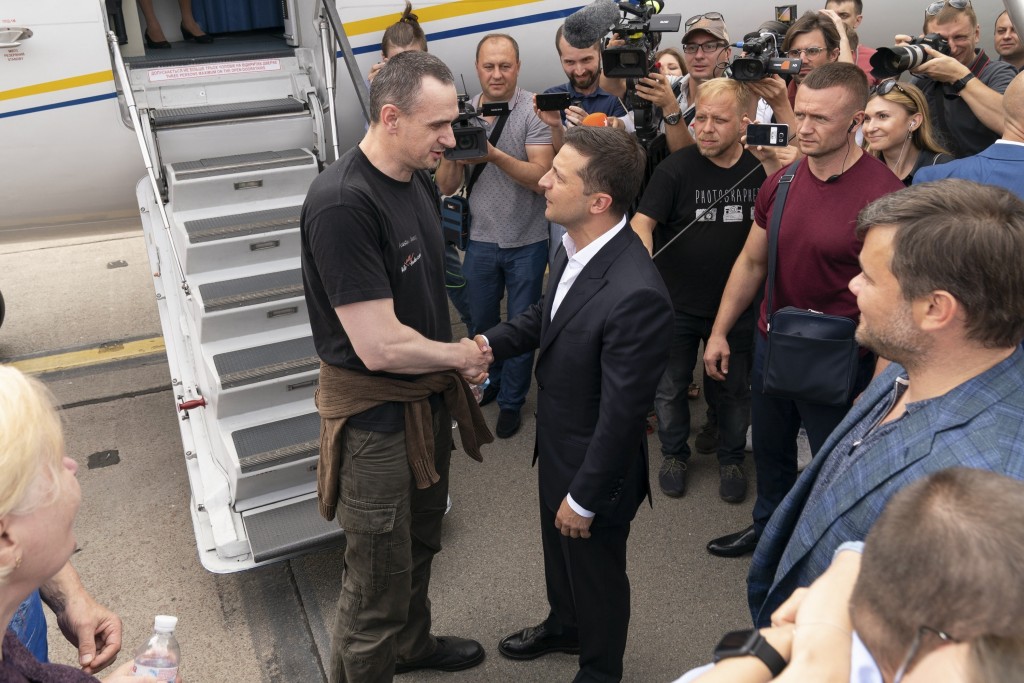 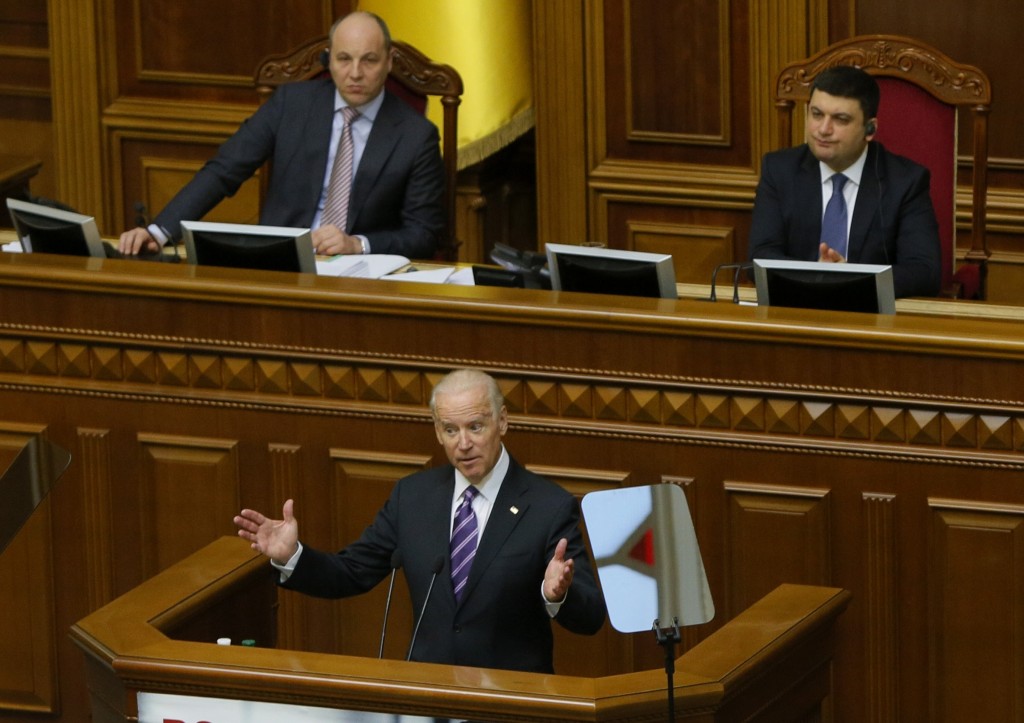 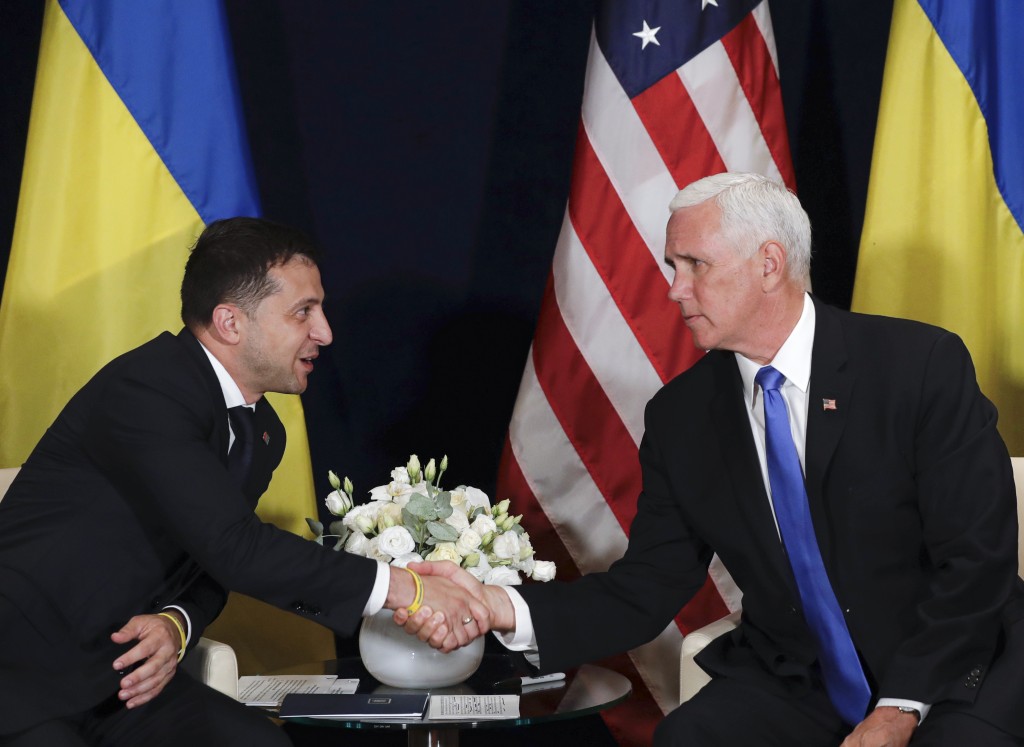 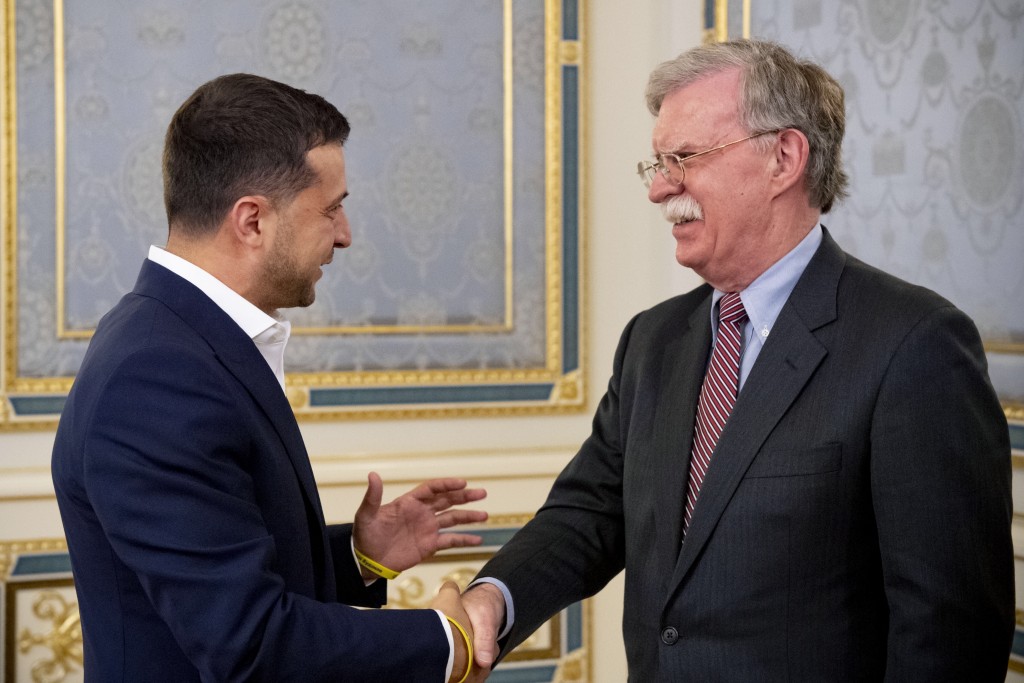 MOSCOW (AP) — Volodymyr Zelenskiy, the comedian elected Ukraine's leader in April, took office pledging to focus on ending the separatist fighting in the country's east, fomented by Russia. But now, barely 100 days in power, he finds himself at the center of a political furor involving the U.S., Ukraine's friend and backer.

It is a supremely delicate position for Zelenskiy, a 41-year-old political novice trying to deal simultaneously with two powerful figures with outsize influence over his country's future: U.S. President Donald Trump and Russian leader Vladimir Putin.

Trump is suspected of pressuring Zelenskiy over the summer to investigate political rival Joe Biden's family at the same time Trump was withholding nearly $400 million in military aid to the Eastern European country. The U.S. president has insisted he did nothing wrong, while Democrats are demanding to know whether he improperly used his office to try to dig up dirt on an opponent.

In a TV interview over the weekend, Ukraine's foreign minister denied Zelenskiy was pressured to investigate Biden's son, Hunter. Zelenskiy's office, however, has declined to comment on the reports.

A senior official in Zelenskiy's administration said Monday that the president is following his advisers' guidance not to get involved in what many see as part of the presidential campaign in the U.S. The official was not authorized to discuss the matter publicly and spoke on condition of anonymity.

To Kyiv-based analyst Vadim Karasyov, the matter is another "headache" for Zelenskiy, whose only political experience before his election consisted of playing a president on Ukrainian TV.

"Zelenskiy has got himself into a tight spot. His team is now having to deal with two difficult tasks: looking for a compromise with Russia and maintaining the neutrality in the American politics," Karasyov said. "Ukraine faces a very tough choice because Kyiv is counting on American military and financial aid. Zelenskiy is trying to stay impartial and not get involved, but it's getting harder and harder."

The United States has been one of Ukraine's most steadfast allies since a new, pro-Western government took power in 2014 and Russia annexed Ukraine's Crimea and threw its weight behind separatists in eastern Ukraine. The U.S. has poured millions into Ukraine's armed forces.

Ukraine's political establishment is already seeing the political furor as a problem for the country.

Pavlo Klimkin, Ukraine's foreign minister for five years before he resigned in August, said Ukraine has been swept unwittingly into the vortex of American politics.

"This will be on the agenda of the entire U.S. election campaign — but when the wave is coming, it makes no sense to resist: you either have to step back or take your surf (and ride it)," he wrote on Facebook over the weekend.

Zelenskiy's landslide victory raised hopes for breaking the stalemate in the separatist conflict that has been raging since 2014 and killed more than 13,000 people. The new president has tried to engage Russia directly.

It was Zelenskiy who picked up the phone to call Putin over the summer to discuss a prisoner exchange. Several weeks later, 70 people from Russia and Ukraine were released in the biggest swap in years.

Separately, foreign policy chiefs of Ukraine, Russia, France and Germany sat down for talks earlier this month for the first time in years to discuss ways to jumpstart peace negotiations.

Meanwhile, the Ukrainian president has gone out of his way to avoid provoking Moscow. Zelenskiy has steered clear of speaking at length about Ukraine's aspirations to join NATO and the European Union.

The former comedian earned accolades at home for the prisoner swap, which showed he can get things done with Putin. He has also been praised for engaging Moscow while standing firm against the annexation of Crimea.

His approval ratings have climbed since he took office in May, reaching 71 percent this month, according to the Kyiv-based Rating agency.

While the Ukrainian leader and his team are known for taking to social media to make controversial statements, that has not been the case with the latest furor.

"Zelenskiy keeps silent, and silence is golden," Karasyov said. "As long as Zelenskiy is silent, he won't be co-opted by either of the political camps in the U.S."