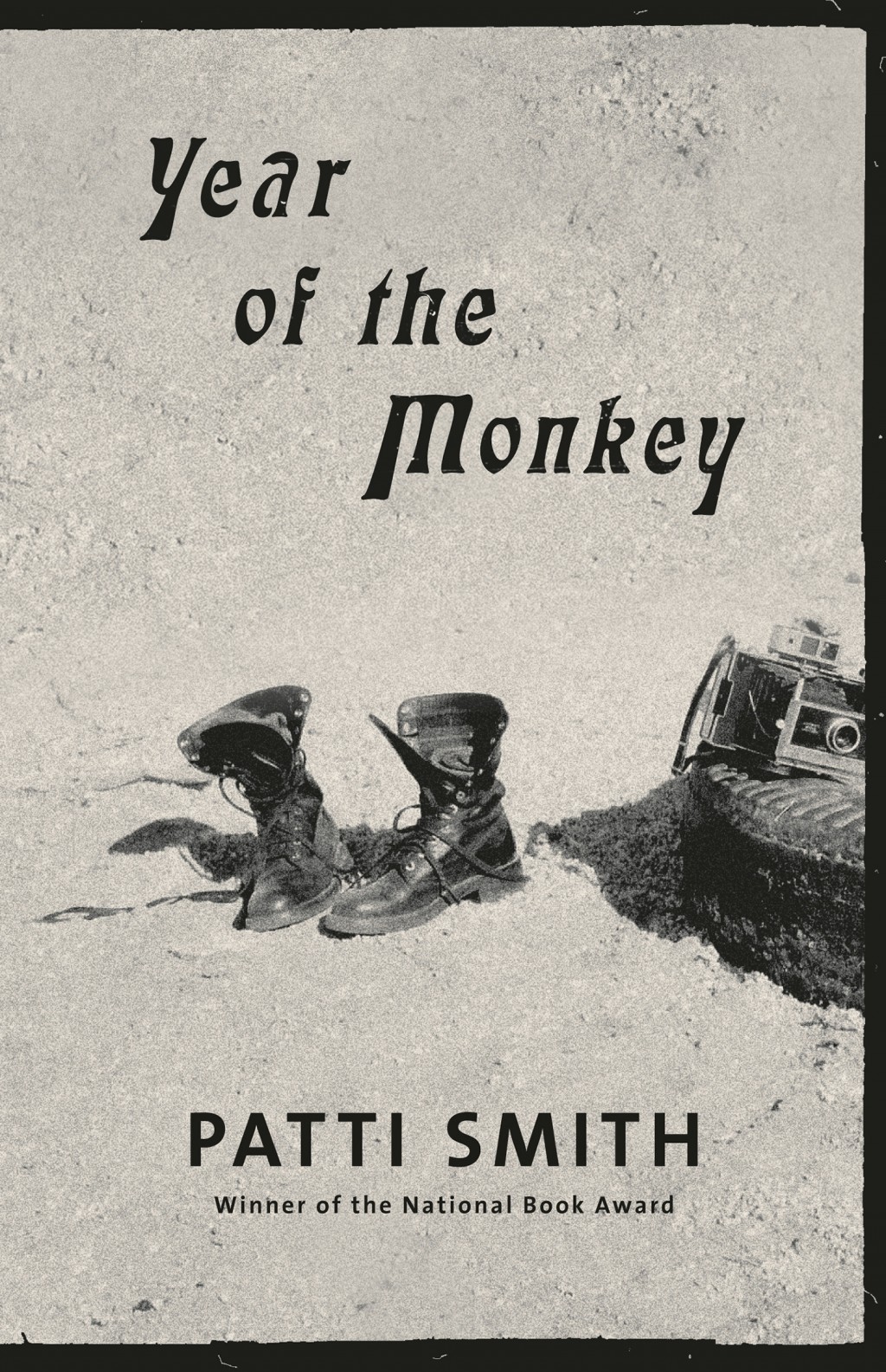 Midway through Patti Smith's new autobiographical tome, "Year of the Monkey," which is set in 2016 before and after the election of President Donald Trump, the punk poet, musician, author and artist sums up, in just a few sentences, the nexus of aging, steeped in reflection and loss.

"Ten thousand years or ten thousand days, nothing can stop time, or change the fact that I would be turning seventy in the Year of the Monkey," she writes. "Seventy. Merely a number, but one indicating the passing of a significant percentage of the allotted sand in an egg timer, with oneself the darn egg. The grains pour and I find myself missing the dead more than usual."

It's a poignant lyrical moment, and a reminder that death has always wound its way throughout Smith's work, from her 1975 debut album and rock 'n' roll opus, "Horses," to books of poetry and prose. Her 2010 National Book Award-winning memoir, "Just Kids," dove with spectacular grit and grace into her relationship in '60s-era New York City with the late photographer Robert Mapplethorpe. Her 2015 memoir, "M Train," reflected on her shared life with her late husband and MC5 guitarist Fred "Sonic" Smith, and the grief stemming from his death in 1994.

"Year of the Monkey," which chronicles Smith's travels from Santa Cruz and San Francisco to Arizona, Kentucky, New York City and more, ventures into headier, woozier and semi-fictional territory, beautifully veering between dreamlike solitary reveries — she talks to a sign at an inn and it talks back — and soul-gripping sadness after Donald Trump's election. Not a drinker, Smith downs a shot of vodka at a bar in Manhattan's Hell's Kitchen the night of the presidential election, unable to fall asleep. "The bully bellowed. Silence ruled," she writes, later proclaiming, "All hail our American apathy, all hail the twisted wisdom of the Electoral College."

In that moment, Smith notices every detail like a photographer, with her words exquisitely framed by nuance. An overhead fan is covered in dust. Listening to Billie Holiday mournfully sing the chilling protest song "Strange Fruit" on the radio "produced shudders of admiration and shame." Smith gives voice in the book to a national feeling of grief framed by her own personal losses, from the death of her longtime friend Sandy Pearlman, who told her in 1971 that she should front a rock band, to the actor, playwright, author and director Sam Shepard. The book also includes her own nostalgic Polaroid photographs.

In "Year of the Monkey," Smith sees the world through filters of literary references — French poets Arthur Rimbaud and Charles Baudelaire, her go-to inspirations — and she also drops in pop culture references with the same kind of egalitarian consideration (who knew she watched the TV show "Mr. Robot").

Yet what could come across as an improvisational patchwork of memories and allusions is made artfully cohesive through her sheer skill as a wordsmith. "Our quiet rage gives us wings, the possibility to negotiate the gears winding backwards, uniting all time," she writes, after sitting on the edge of her bed, exhausted, just before her 70th birthday. Smith is a lifelong poet both on the stage — gray hair whipping, spittle flying, spouting decades of rock wisdom — and in moments of private contemplation on the page.