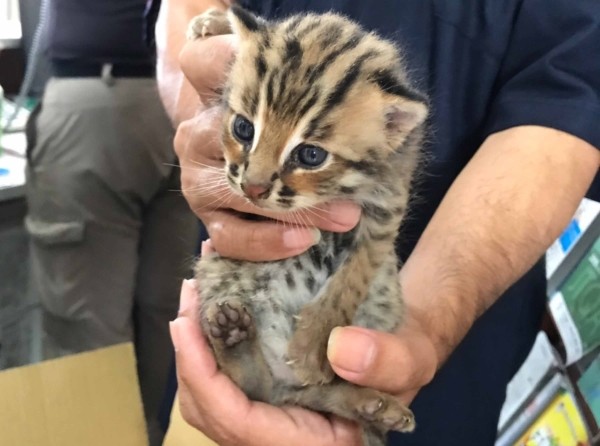 TAIPEI (Taiwan News) — A man rescued two Taiwanese leopard cat kittens found trapped in a gutter by the side of a road in western Taiwan's Miaoli County on Monday (Sept. 23).

While walking along Beihe Road in Miaoli County's Gongguan Township, a man surnamed Yu (游) noticed a dog barking at a drainage ditch. When he approached the drain, he discovered what appeared to be two kittens trapped inside.

Upon closer inspection, he noticed that the kittens had spotted coats and rounded ears and soon realized that they were endangered leopard cats, reported UDN. He put the two kittens in a box and dropped it off at a nearby animal shelter, which in turn notified the Endemic Species Research Institute.

Chang Wei (張葦), head of the Nature Conservation Division of the Miaoli County Government's Agriculture Department, said that the two leopard cat kittens, one male and one female, were placed under the care of the Endemic Species Research Institute. Chang estimated that the kittens were about three to four weeks old and weighed 376 grams and 404 grams, reported CNA.

Chang said that when she spoke with Yu on the phone and asked him how he was able to identify the kittens, he said with a hint of pride, "Because I am a Miaoli man, I know that they are leopard cats," reported UDN. Yu said that he had spotted the leopard cats at 10 a.m. on Monday morning.

The two kittens are in good health, according to Chang, who added that this was the first time that leopard cats had been spotted in the Beihe area. Given that the kittens are only three to four weeks old, the Agriculture Department is concerned that their mother might return to the area to search for them and has placed markers to advise motorists in the area to reduce their speed.

Chang said that leopard cats are characterized by round ears, white stripes on the forehead and near the eyes, and white spots behind the ears. In comparison to domesticated cats, leopard cats have larger paws, bigger faces, wider noses, and more space between their eyes, according to Chang. 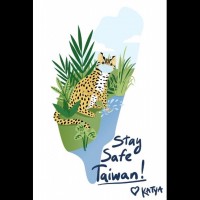 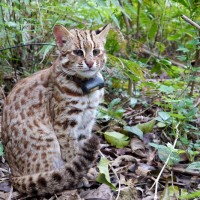