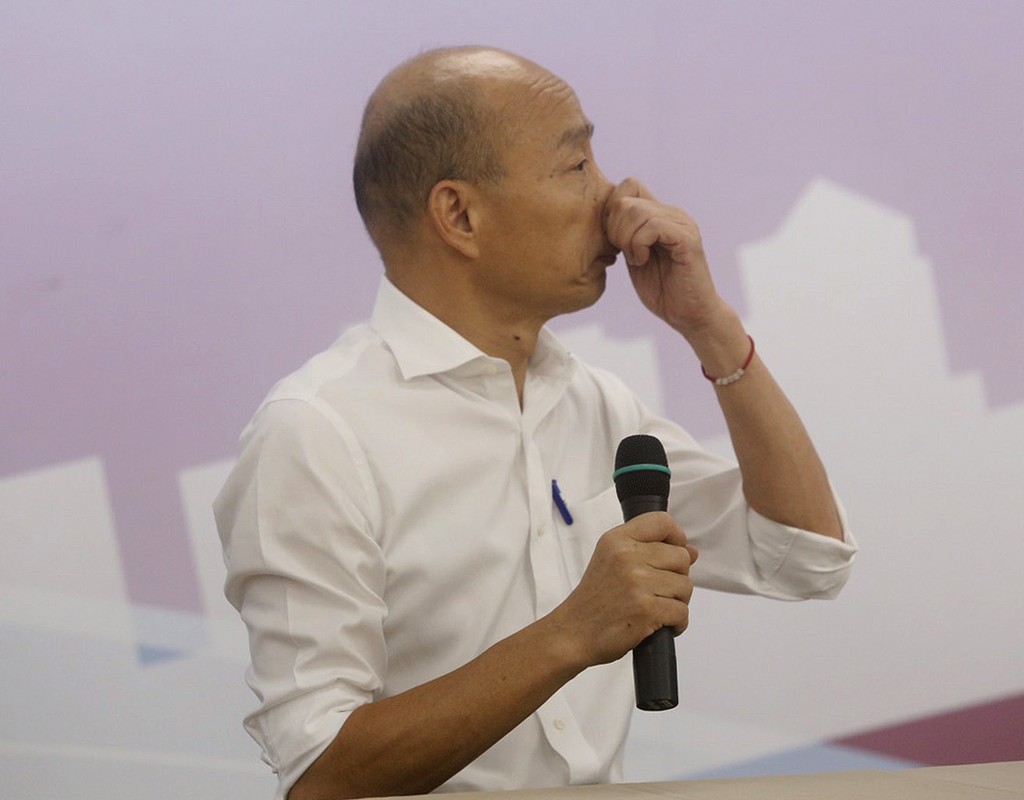 According to a poll released by UDN on Monday, 56 percent of respondents said they "disliked" Han, prompting veteran journalist Huang Chuang-shia (黃創夏) to sarcastically say "Congratulations to Han Kuo-yu." The poll showed that President Tsai Ing-wen (蔡英文) is ahead of Han with the support of 45 percent of respondents to Han's 33 percent.

Despite the withdrawal of Foxconn tycoon Terry Gou (郭台銘) from the presidential race, a move that was expected to give Han a bump in the polls, Han is still trailing Tsai by 12 percentage points in the latest poll. However, 22 percent of survey respondents are still undecided.

In terms of the candidates' chances of winning, 53 percent are confident Tsai will win the election, while 28 percent are convinced Han will win and 20 percent are uncertain. In terms of likeability, 37 percent of respondents said they like Tsai, while 44 percent dislike her and 19 percent have no opinion.

As for Han's likeability, 31 percent said they like him, 13 percent have no opinion, and a whopping 56 percent now dislike the itinerant mayor. In response, Huang, who has repeatedly advocated the concept of a "non-Han homeland," mocked Han by writing "Congratulations to Han Kuo-yu, once again leading Tsai Ing-wen."

Huang added in his Facebook post that in the coming 2020 legislative and presidential elections, "I will never vote for the Kuomintang!"