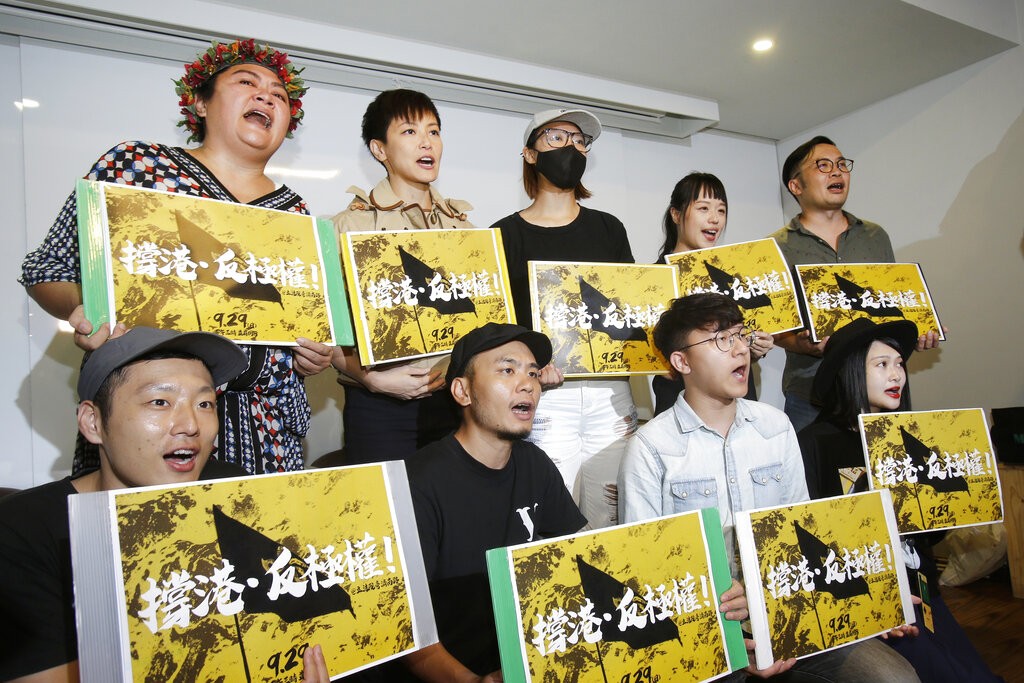 TAIPEI (Taiwan News) — A march to support Hong Kong’s anti-government protesters and stand up to the totalitarianism of the Chinese Communist Party (CCP) will be held on Sunday (Sept. 29) in Taipei.

Sunday's march is intentionally timed to provide a counter-narrative to the CCP's lavish Oct. 1 celebrations marking the 70th anniversary of the communist takeover in China. The procession will start at Jinan Road and march through Ximending and Taipei Main Station before returning to the starting point.

The march, titled "929 Taiwan Hong Kong Grand Parade - Support Hong Kong, Fight Against Totalitarianism," is organized by approximately 20 student and civil associations, including a Taiwan-based Hong Kong student group and local and international NGOs promoting human rights, according to Chiang Min-yan (江旻諺), a representative from the Economic Democracy Union (EDU). More than 100 civil groups have signed up for the march, he added. On the event page, organizers wrote that in the more than three months since the protests began in Hong Kong, "Street fighting has become a daily reality for Hong Kong teenagers. The Hong Kong government responded negatively to the "Five Great Appeals" demanded by the Hong Kong people but has acquiesced to police violence." The announcement called on Taiwanese to support Hong Kong in its "long and arduous struggle" and argued that Hong Kong's battle with totalitarianism is a warning to Taiwanese that they must "safeguard Taiwan's hard-won democracy and freedom!"

Organizers say that in order to demonstrate the will of the Taiwanese and Hong Kong peoples and to confront tyranny, people will take part in a series of solidarity-oriented activities on Sunday. Taiwanese, Hongkongers, and citizens of all nations are invited to "stand together to protect human rights, freedom, and democratic values," wrote the organizers.

The four major demands to be made during the march and rally include the following:

Those wishing to find out more information about the march can click on its Facebook event page.