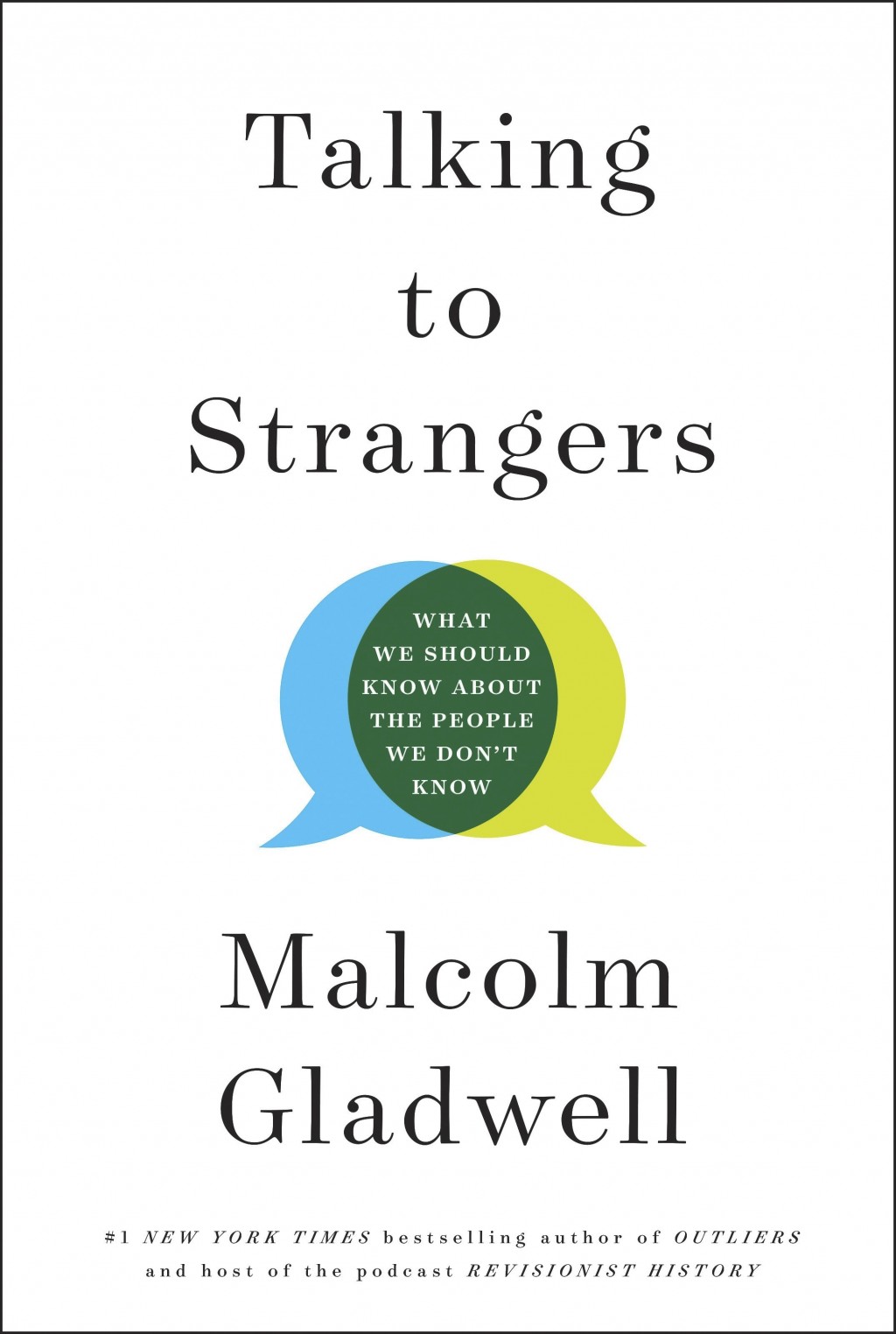 "Talking to Strangers: What We Should Know about the People We Don't Know," Little, Brown and Co., by Malcolm Gladwell

A Malcolm Gladwell book used to be an event in the publishing world. What subject would the curious writer deep dive into next? From "The Tipping Point" to "David and Goliath," Gladwell blended his nerdy fascination for scientific studies with easy-to-digest stories to make his point. It was a unique approach that produced five New York Times bestsellers.

Fast forward to the Podcast Age. In 2019 anyone who wants to hear Gladwell opine on subjects from McDonald's french fries to the LSAT can download "Revisionist History" and carry his voice in their pocket, listening whenever they want.

All of which is to say that for this reviewer, "Talking to Strangers" felt a little flat. For fans that don't get a weekly dose of Gladwell in their ears, it may feel much fresher. Certainly the subject is new and not something he's done a podcast about — why can't we better understand strangers? — but the execution this time around feels a little more scattershot.

He opens and closes with the story of a black woman who was pulled over by a white police officer. She was dead three days later, hanging in her jail cell; her death was ruled a suicide.

In between there are chapters about pedophilia at Penn State, Neville Chamberlain's misreading of Adolf Hitler and the deceptions of Bernie Madoff, to name a few. They all feature strangers in one way or another, but they don't really tie together in any tidy way. One chapter we're learning about "coupling" — how behaviors link to specific circumstances or conditions — the next it's Default to Truth — how we assume honesty from people. I certainly didn't finish the book with any unified strategy for better understanding strangers.

Still, there's no quibbling with Gladwell's storytelling. His great gift has always been his ability to make social science and psychology interesting. The stories here are ripped straight from the headlines and they do make you stop and think. "The Queen of Cuba" is particularly eye-opening, proof that even in the world of international espionage the truth is often too crazy to believe.

Bottom line: Gladwell has written and now talks about topics that this introvert finds more interesting, but readers who love the Gladwellian approach will find enough here to put it on their shelf.