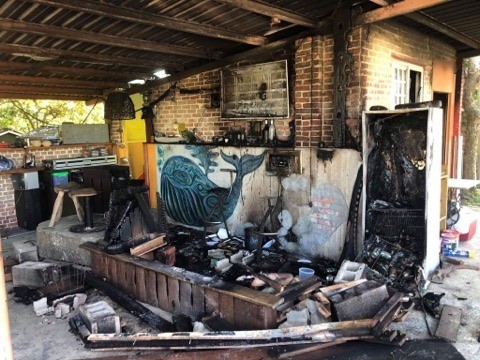 TAIPEI (Taiwan News) -- A homeless American English teacher allegedly set fire to a bar in a campground in southern Taiwan on Friday (Sept. 20) and was arrested today (Sept. 23) for driving a motorcycle while under the influence of alcohol.

After engaging in a dispute with the owner of a campground in Pingtung County, the suspect identified as Harris allegedly set fire to a small bar on the premises on Friday night. After fleeing the scene of the crime and confessing to it on Facebook, he was stopped by police this afternoon for driving erratically on a motorcycle.

Acquaintances say that Harris, who lists his hometown as Vero Beach, Florida, had lost his job at an English cram school in Tainan City and moved into a rental hut on the three-acre Rock Garden camping area in Pingtung County's Manzhou Township. On Sept. 17, the owner of the campground evicted the former lecturer at Southern Taiwan University of Technology from the property, apparently causing him to become highly agitated.

Harris left a long, ranting manifesto on Sept 17 on his Facebook page giving his side of the story of the eviction. He claimed that the owner of the campground had allowed him to pay his rent by working for him for 30 hours a week.

Harris bitterly wrote that the owner of the property's reason for the eviction was: "He can't really get the full enjoyment out of his property unless he is perfectly alone." Apparently distraught at his plight, Harris took to Facebook on Friday at 4:22 p.m. to cryptically write, "I've never written a suicide note. This one will be read backwards unless you read it in real time."

Incredibly, four minutes later 4:26 p.m., he confessed on Facebook to setting fire to propane tanks at the Rock Garden Pub: "I just set fire to The Rock Garden. I turned on the gas, cut the lines, and soaked the bar and kitchen with gasoline. If it doesn't burn down, it isn't my fault." The act appears to be an attempt at getting revenge at the campground owner as he also owns the pub.

At 4:41 p.m., he posted the message "It's loneliness, isn't it?" Harris' friends were greatly alarmed at his message and asked him to seek help and inform the police.

Harris was not seen or heard from for the next three days, until he was spotted riding a motorcycle in an obviously inebriated state. The Manzhou Police Station tells Taiwan news that officers pulled Harris over at 3 p.m. today for operating a motorcycle while under the influence of alcohol and public endangerment.

Manzhou Police say that Harris is currently in custody, the case is still under investigation, and that he will soon be transferred to the Hengchun Precinct of the Pingtung County Police Bureau. 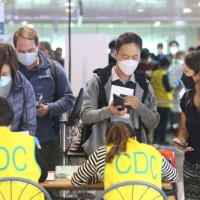 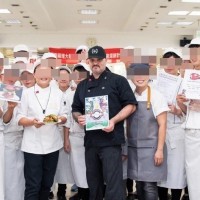