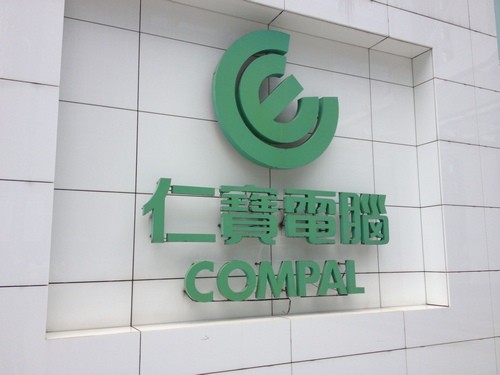 Compal's shipments accounted for 30.5 percent of the global notebook computer assembly market during the April-June period, up from 26.0 percent in the previous quarter, the IDC report said.

According to IDC, a total of 39.70 million notebook computers were rolled out by notebook computer assemblers during the quarter, up 11.4 percent from a quarter earlier, translating to about 12.11 million units assembled by Compal during the period.

IDC said Taiwan-based contractors, which mainly manufacture their products in China, accounted for 82.3 percent of the global notebook assembly market in the second quarter.

Commenting on the rise in units produced, IDC said international brands tended to build up their inventories during the quarter to avoid additional punitive tariffs the United States might have imposed on Chinese-made goods later in the year.

IDC said the trade war between Washington and Beijing has also prompted many assemblers to shift some of their production resources out of China to Taiwan or Southeast Asian countries.

The inventories built up in the second quarter, however, may take time to be absorbed by the market, the market advisory firm warned.

It expected notebook shipments to increase in the third quarter ahead of the peak shopping season before falling in the fourth quarter due to inventory adjustments.