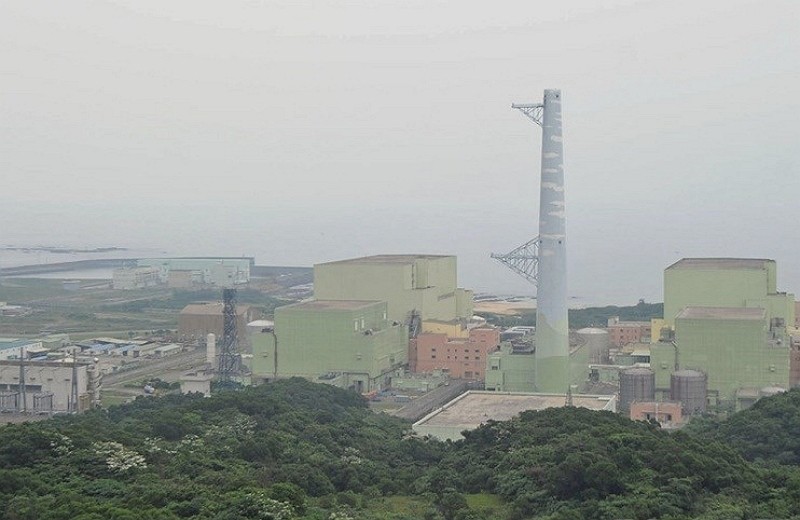 A group of activists said Monday that Taiwan's No. 4 nuclear power plant should not be activated because it sits close to an active fault line, as was confirmed in a recent geological survey by a government unit.

At a press conference in Taipei, Chen Wen-shan (陳文山), a professor at National Taiwan University's Department of Geosciences, said the survey shows that there are five active faults near the mothballed power plant in New Taipei's Gongliao District.

For safety reasons, therefore, the No. 4 nuclear power plant should not be activated as suggested by Kuomintang (KMT) presidential candidate Han Kuo-yu (韓國瑜) and some advocates of nuclear energy, Chen said.

If government ultimately decides to proceed with the nuclear project in New Taipei, the plant will not be able to withstand a strong earthquake in that area because it is not designed to do so, Chen said.

However, the recent findings of the survey that was carried out by the Central Geological Survey (CGS), a unit under the Ministry of Economic Affairs, have not been made public, he said.

In 2011, the government asked the state-run Taiwan Power Company (Taipower) to have the CGS conduct the survey in the area of the No.4 nuclear power plant, soon after powerful earthquake and tsunami triggered the Fukushima Daiichi nuclear disaster in Japan, Chen said.

Taipower, however, dithered on the request for three years, and eventually the then KMT government decided in 2014 to mothball the No. 4 nuclear power amid safety concerns, he said.

Earlier this year, Taipower finally asked the CGS to conduct the survey, and in two internal meetings the CGS confirmed the presence of the faults near the power plant, according to Chen.

Also speaking at the press conference, Legislator Lin Shu-fen (林淑芬) of the ruling Democratic Progressive Party (DPP) called on Taipower and the CGS to immediately release the findings of the survey.

In similar vein, Hung Shen-han (洪申翰), deputy secretary-general of the Green Action Alliance, said at the press event that the latest findings proved the argument of anti-nuke activists that it is too dangerous to put the No. 4 nuclear power plant into commercial operation.

The activists held the press conference to speak on the issue against the backdrop of Han's stance that he will put the No. 4 nuclear power plant into operation if he is elected president, once it is safe to do so and he has the people's consent.

Meanwhile, Atomic Energy Council (AEC) Minister Hsieh Shou-shing (謝曉星) told lawmakers Monday that that there is "zero possibility" of the plant being activated, as it does not meet safety standards.