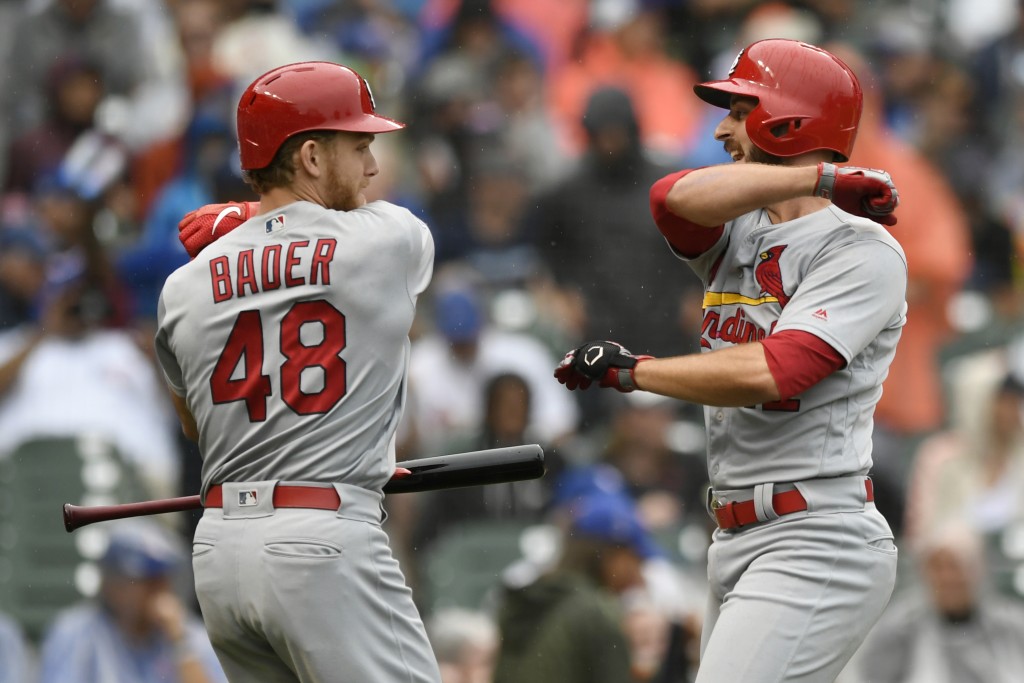 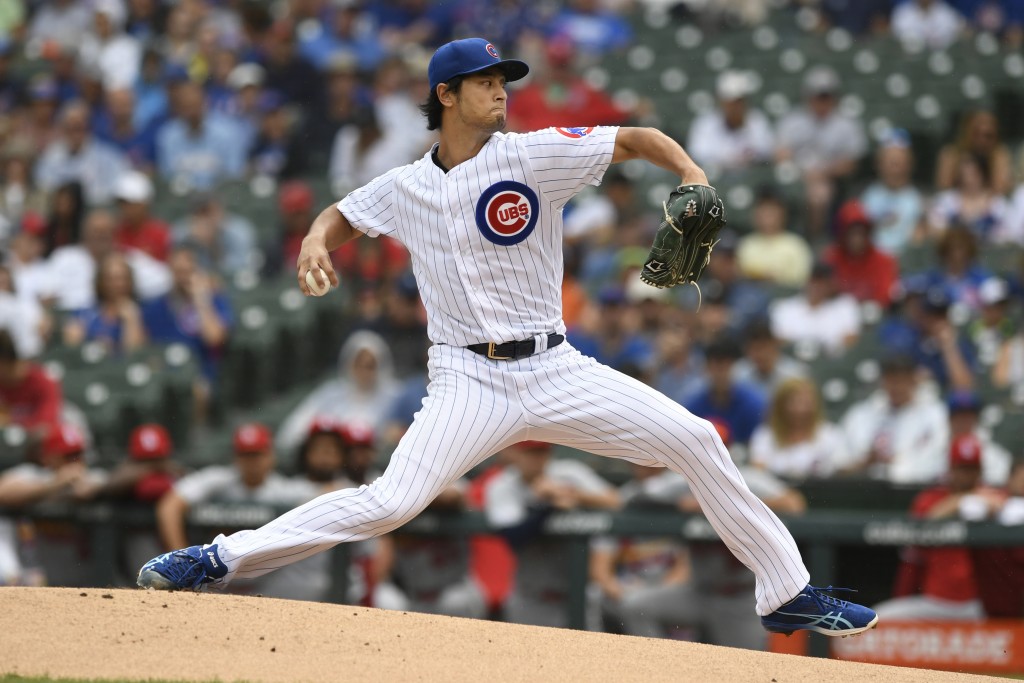 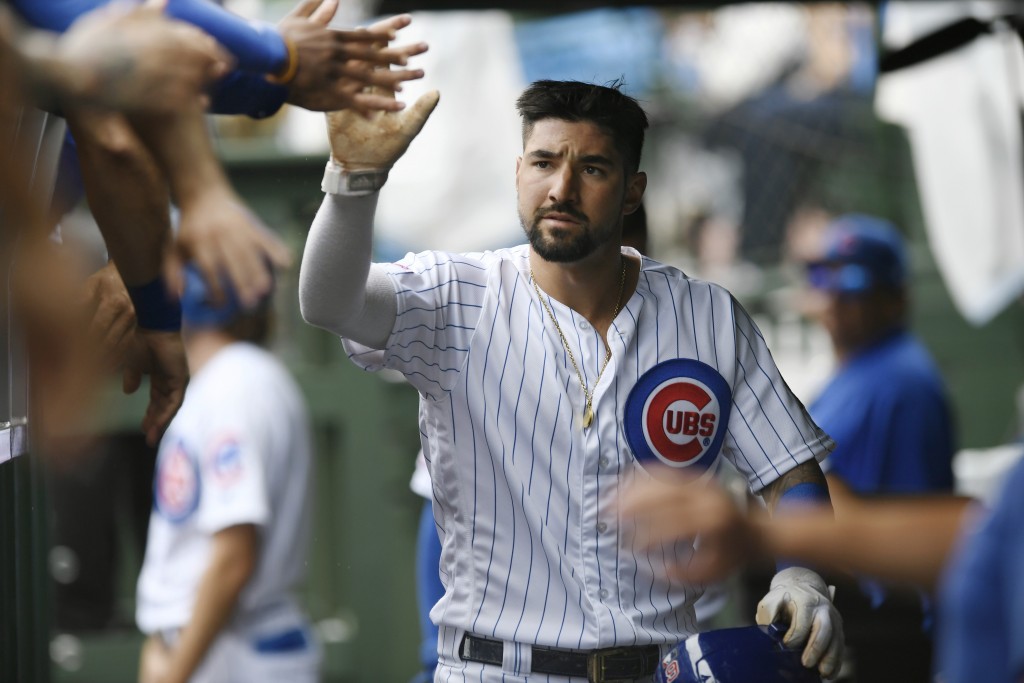 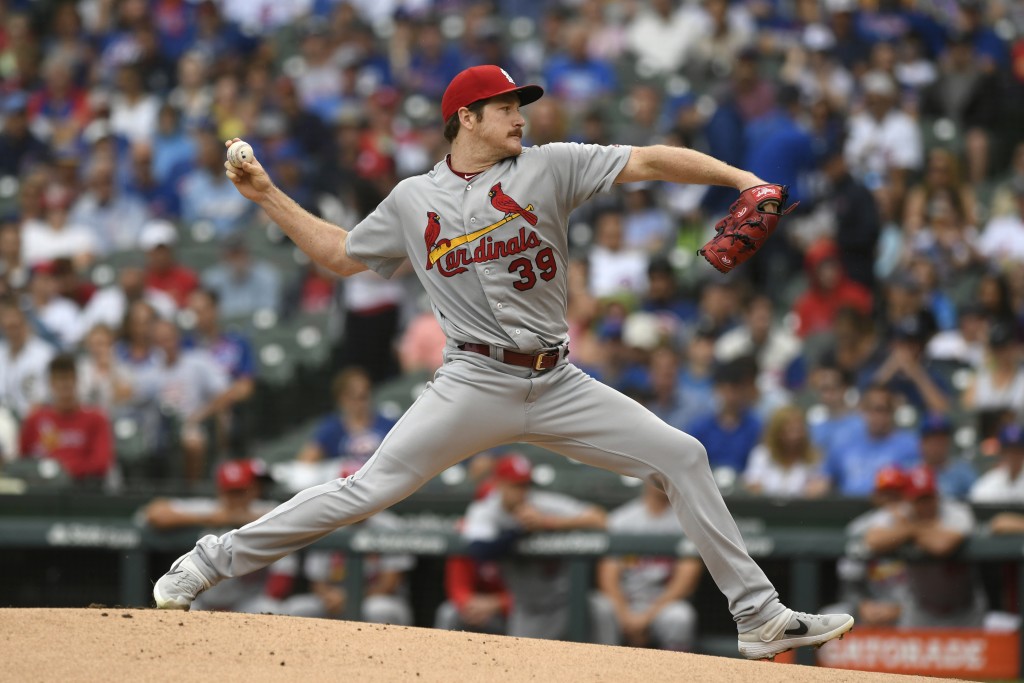 CHICAGO (AP) — Paul Goldschmidt hit a tiebreaking double in the ninth inning and the St. Louis Cardinals clinched a playoff spot by rallying past the Chicago Cubs 3-2 on Sunday for their first four-game sweep at Wrigley Field in almost a century.

NL Central-leading St. Louis qualified for the postseason for the first time since 2015 and stayed three games ahead of Milwaukee. It was the fifth consecutive win for the Cardinals, who came back for a 9-8 victory Saturday on consecutive homers by Yadier Molina and Paul DeJong against Craig Kimbrel in the ninth.

The time, Chicago manager Joe Maddon sent a dominant Yu Darvish (6-8) back to the mound for the ninth to go for his first complete game since 2014. But the result was the same in the Cubs' fifth consecutive one-run loss.

Pinch hitter José Martínez sparked the winning rally with a leadoff triple that glanced off the glove of diving center fielder Albert Almora Jr. Dexter Fowler followed with a sacrifice fly, tying it at 2.

After rookie Tommy Edman singled and stole second, Goldschmidt hit a grounder down the third-base line to put the Cardinals in front for good in the Cubs' rainy home finale.

Miles Mikolas pitched 7 2/3 innings of two-run ball and Tyler Webb (2-1) got the last out of the eighth for the win. Andrew Miller worked the ninth for his sixth save.

Nicholas Castellanos hit his career-high 27th homer for Chicago (82-74), which dropped four games back of the Brewers for the second NL wild card. The Cubs finished with a 51-30 home record after losing their losing their last six games of the year at Wrigley.

Castellanos also scored the first run of the game when he scampered home on Yadier Molina's passed ball in the first. But DeJong tied it with his 29th homer, a massive drive to Waveland Avenue in the third.

It was still tied when Castellanos led off the sixth with a drive to center for his 16th homer in 49 games since he was acquired in a July 31 trade with Detroit.

The Cubs were without Kris Bryant for most of the day after the slugger sprained his right ankle trying to beat out a double play in the third. X-rays taken at the ballpark were negative.

Gary Pressy threw out a ceremonial first pitch before his 2,687th and final game as the organist at Wrigley. He also led the crowd in the singing of "Take Me Out to the Ball Game" during the seventh-inning stretch.

Pressy is retiring after beginning his career at Wrigley in 1986.

Cardinals: An MRI on Kolten Wong's ailing left hamstring showed a Grade 2 strain. The infielder is hoping to return during the Cardinals' last series of the season against Chicago in St. Louis. "I'm hoping to give this enough time where it definitely won't hinder me going on," he said.

Cubs: SS Javier Báez could return to the field Tuesday at Pittsburgh for the first time since he broke his left thumb. He struck out as a pinch hitter Saturday in his first plate appearance since the injury. "The biggest thing is just closing his glove on defense," Maddon said. "So if he's able to do that and he's making great progress you may see him."

Cardinals: RHP Adam Wainwright (13-9, 3.83 ERA) starts the opener of a three-game series at Arizona on Monday night. Wainwright is 4-0 in September, allowing one earned run in 27 innings. LHP Alex Young (7-4, 3.27 ERA) pitches for the Diamondbacks.

Cubs: Following an off day, Chicago begins a three-game set at Pittsburgh on Tuesday night. The team hasn't announced its starting pitchers for the series. RHP Mitch Keller (1-5, 7.74 ERA) pitches for the Pirates in the opener.