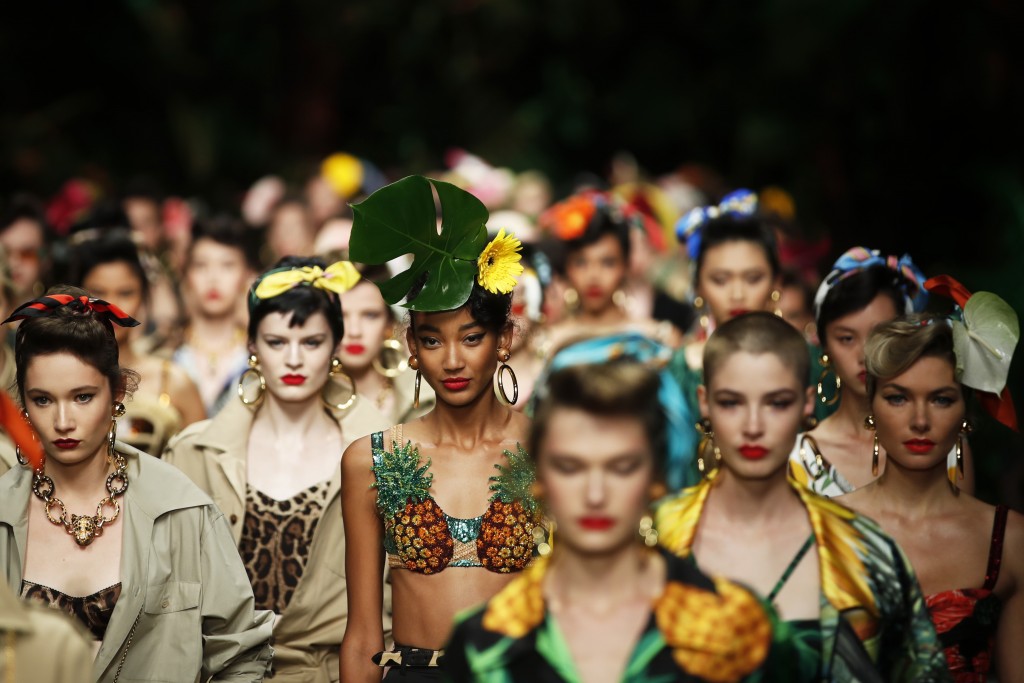 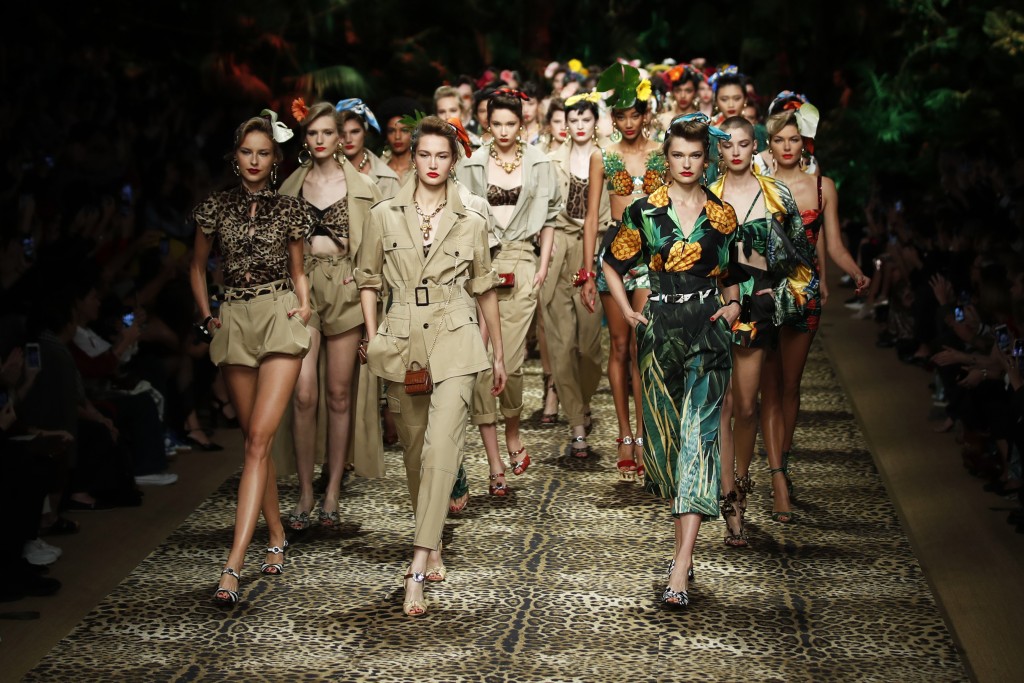 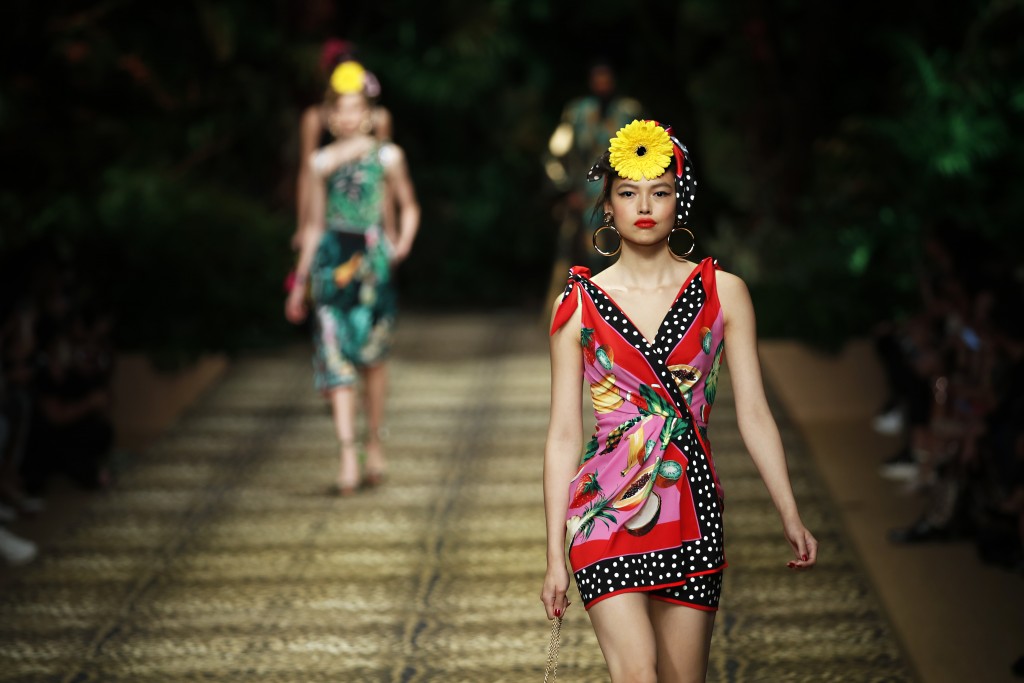 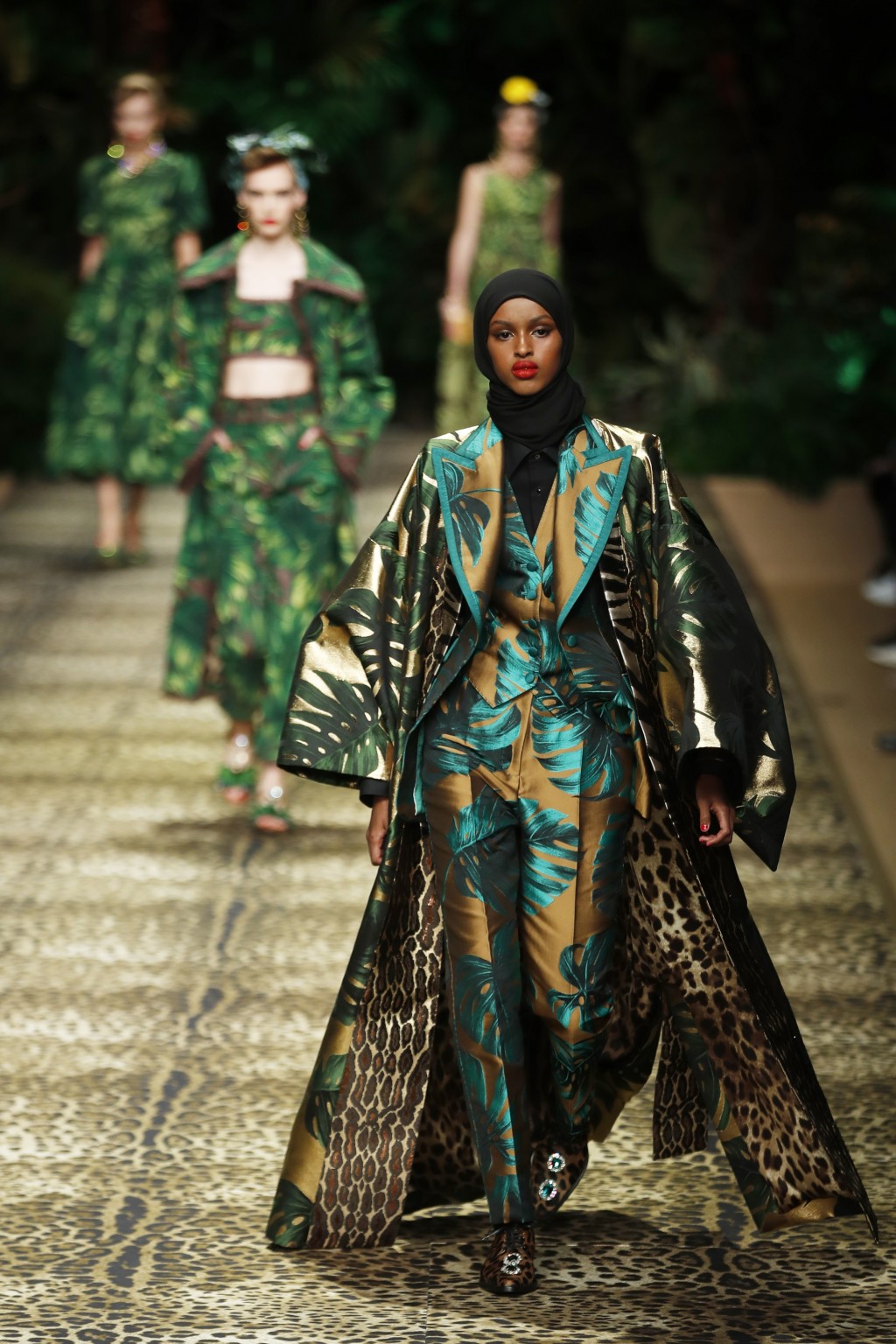 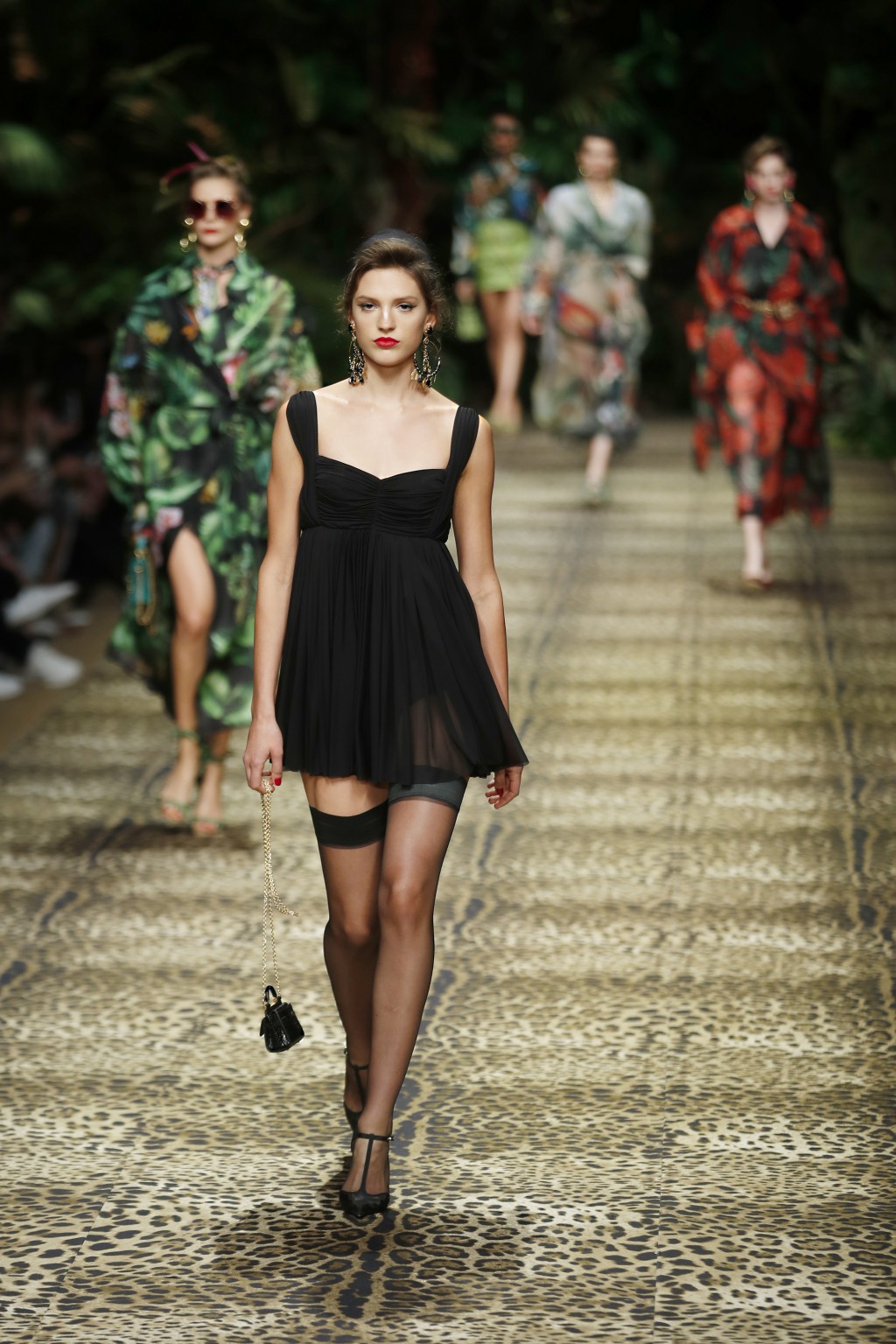 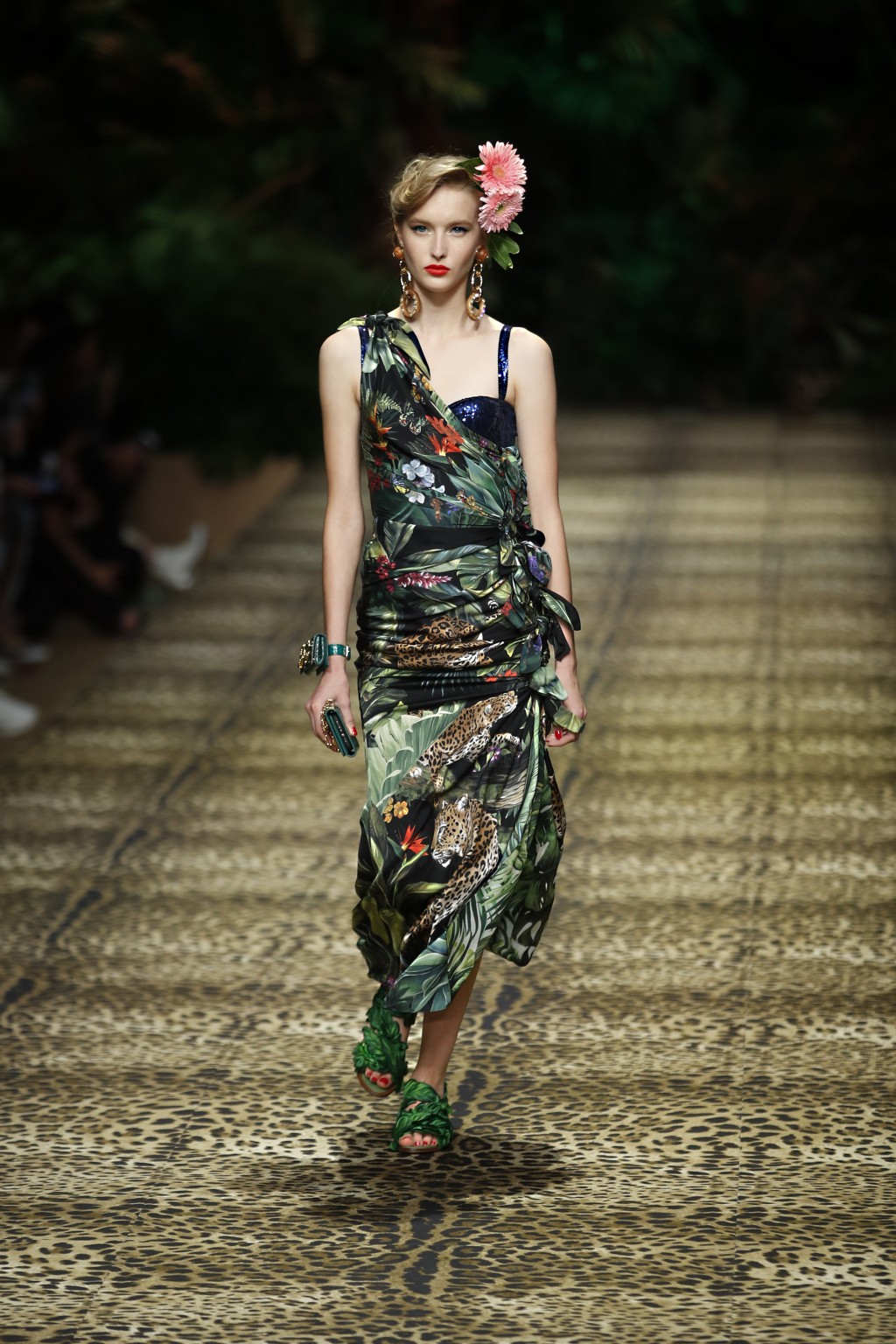 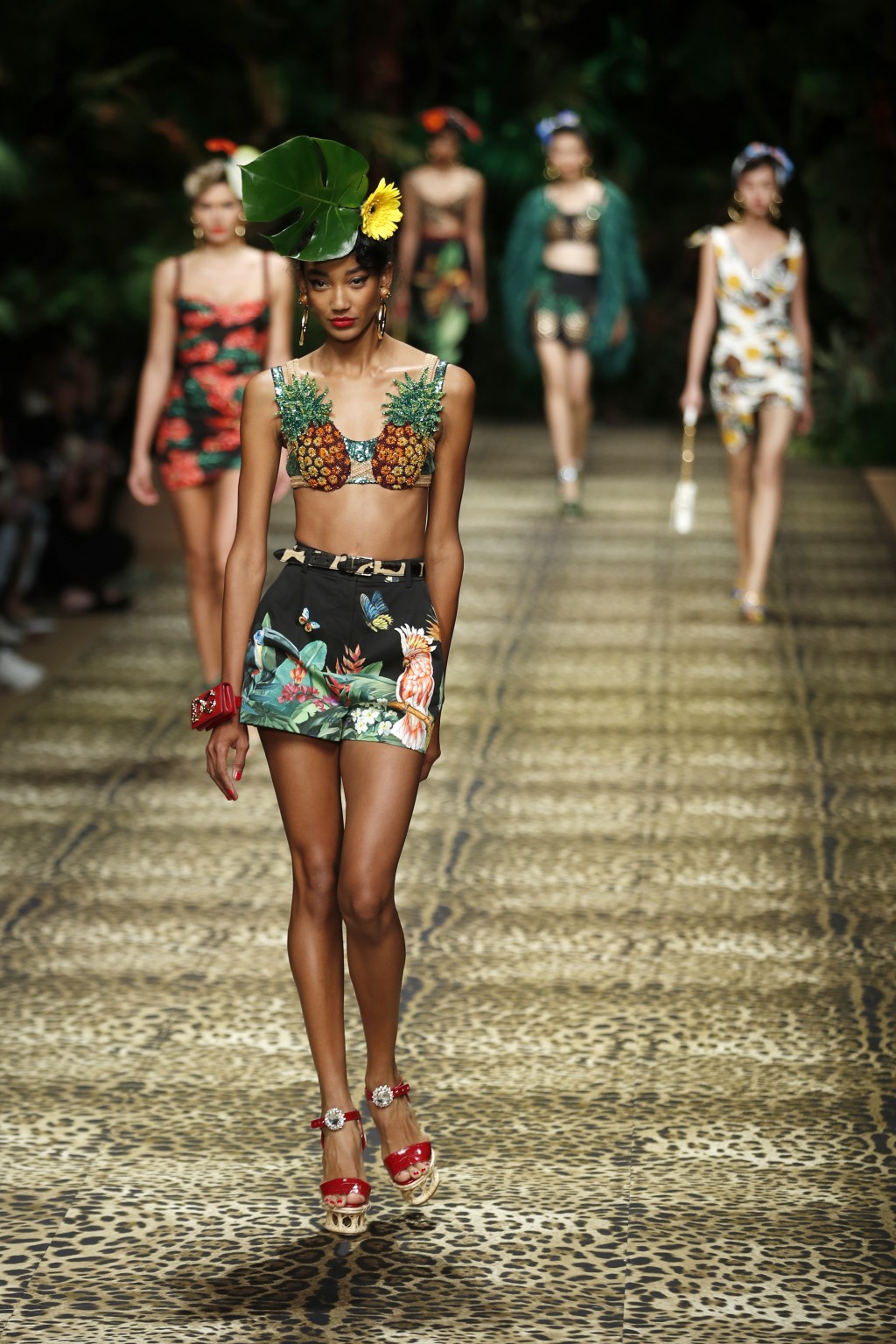 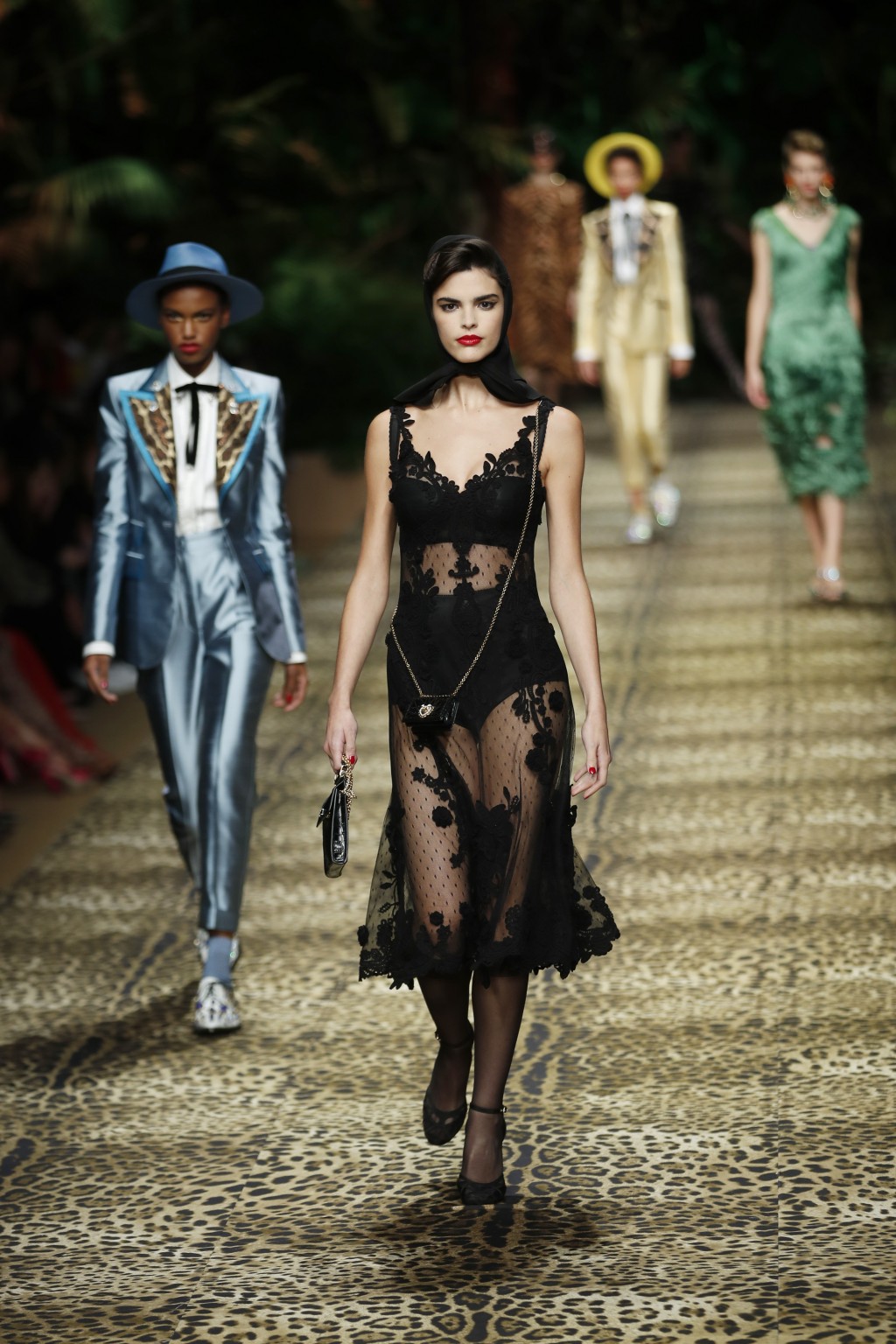 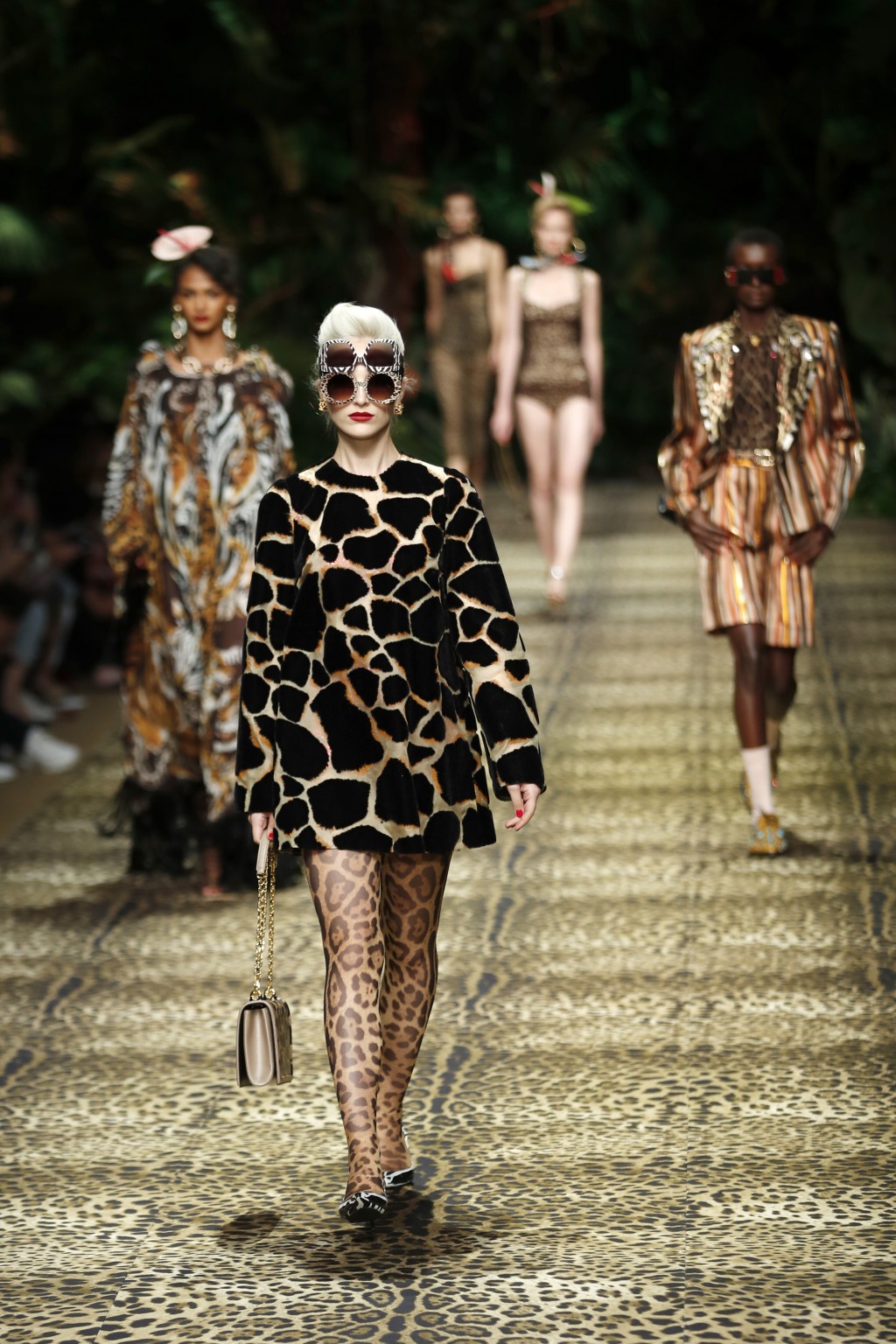 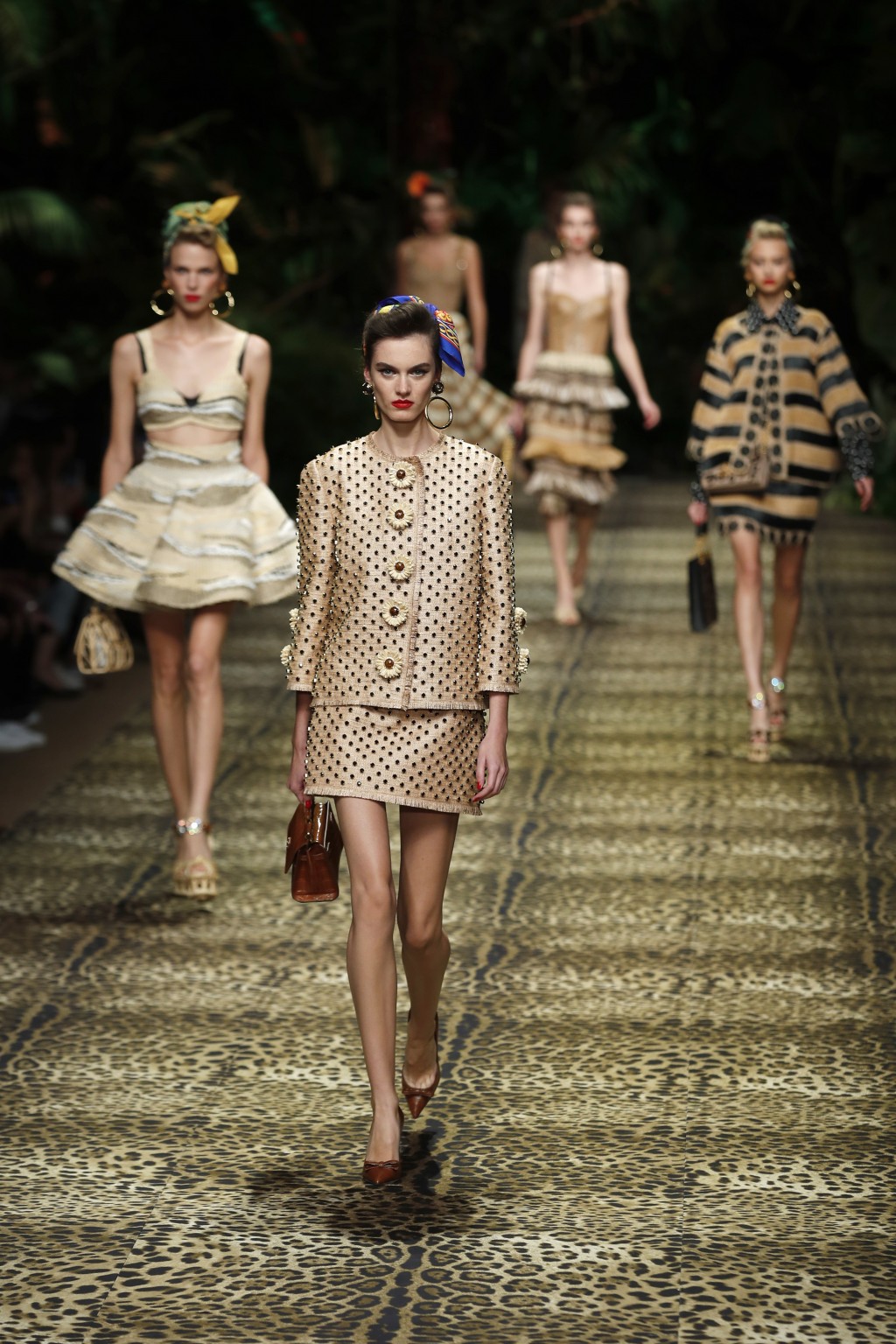 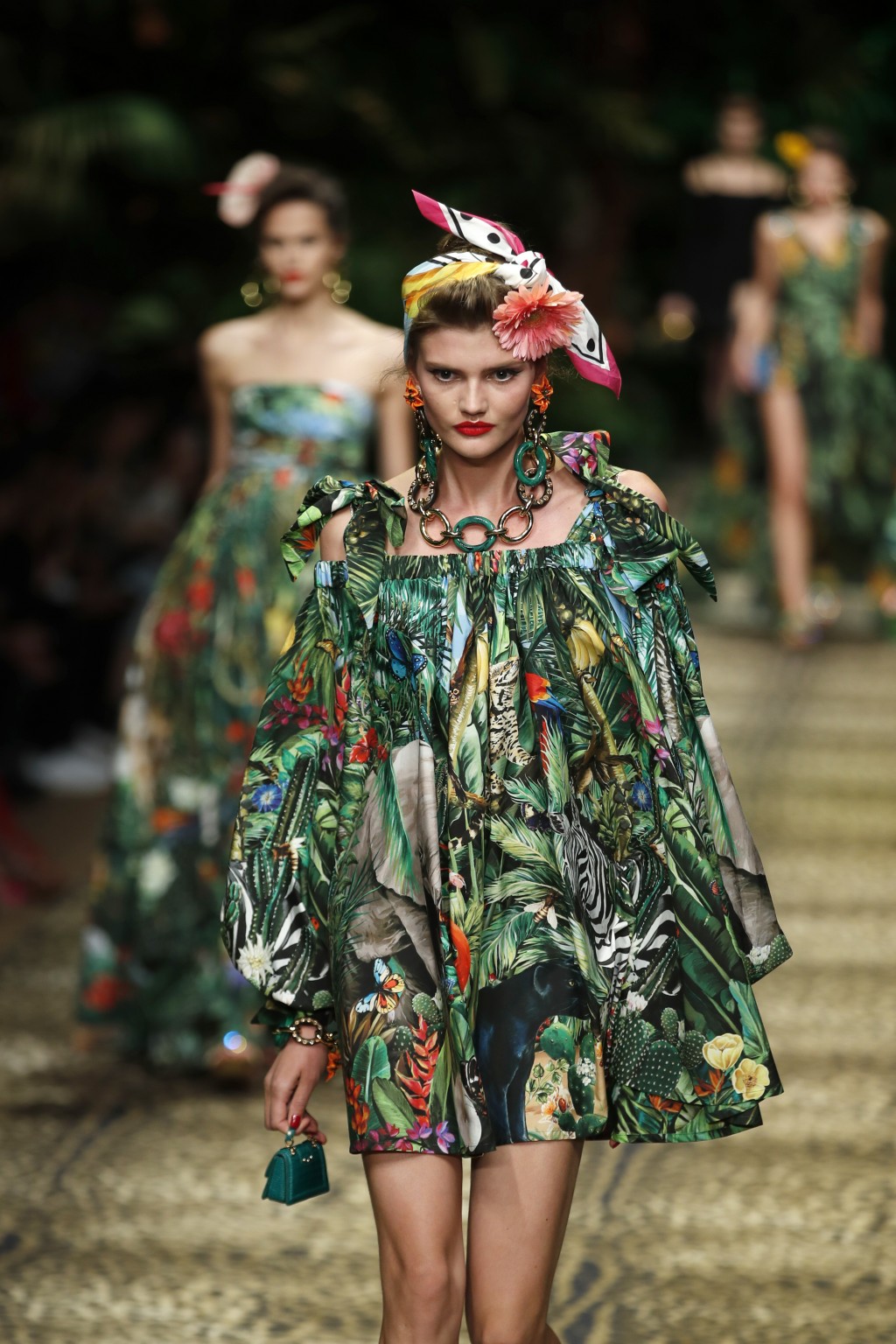 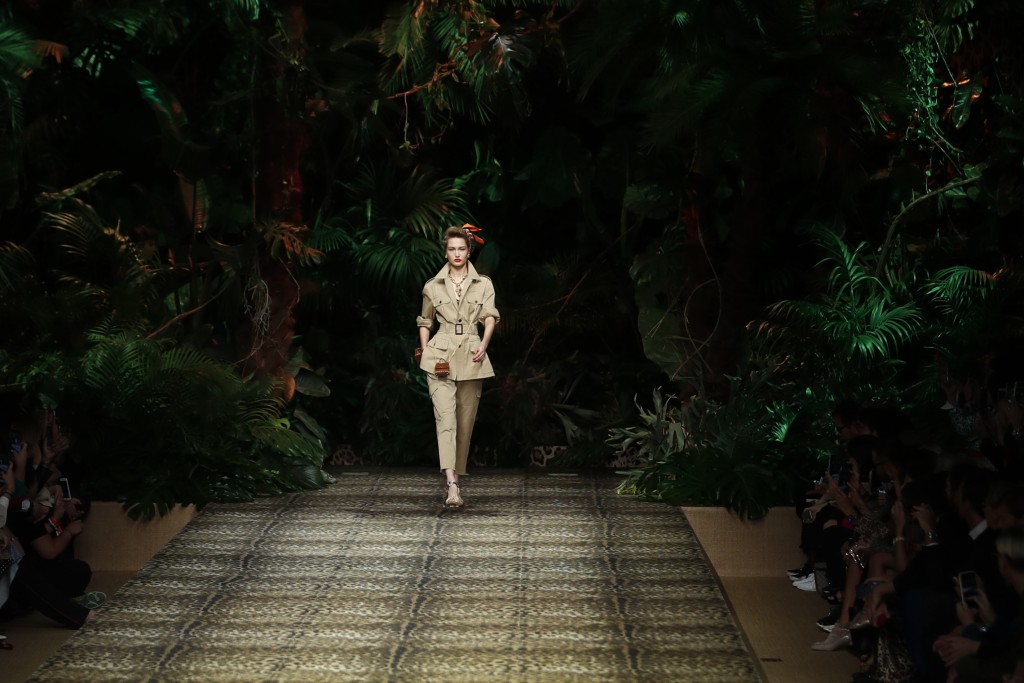 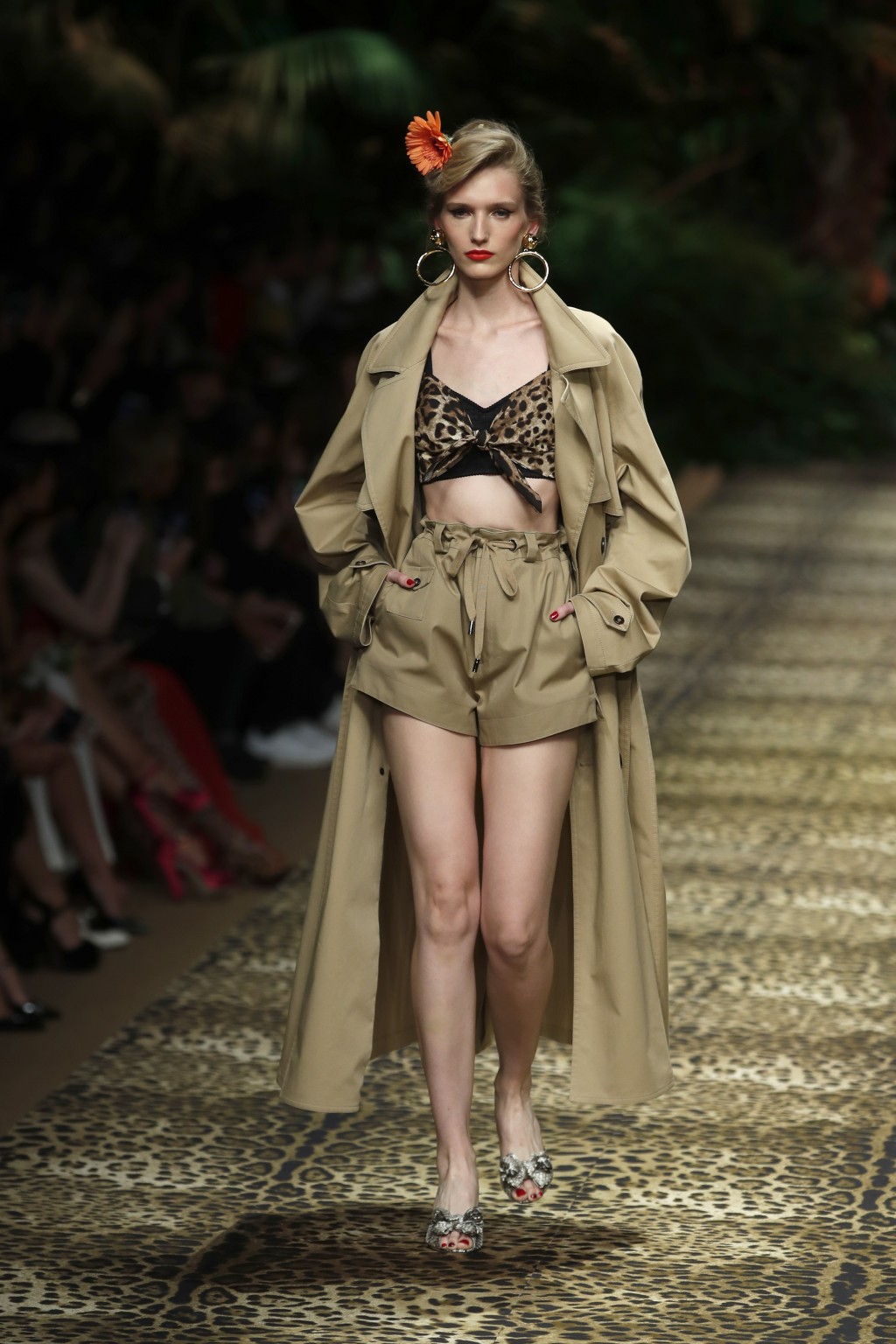 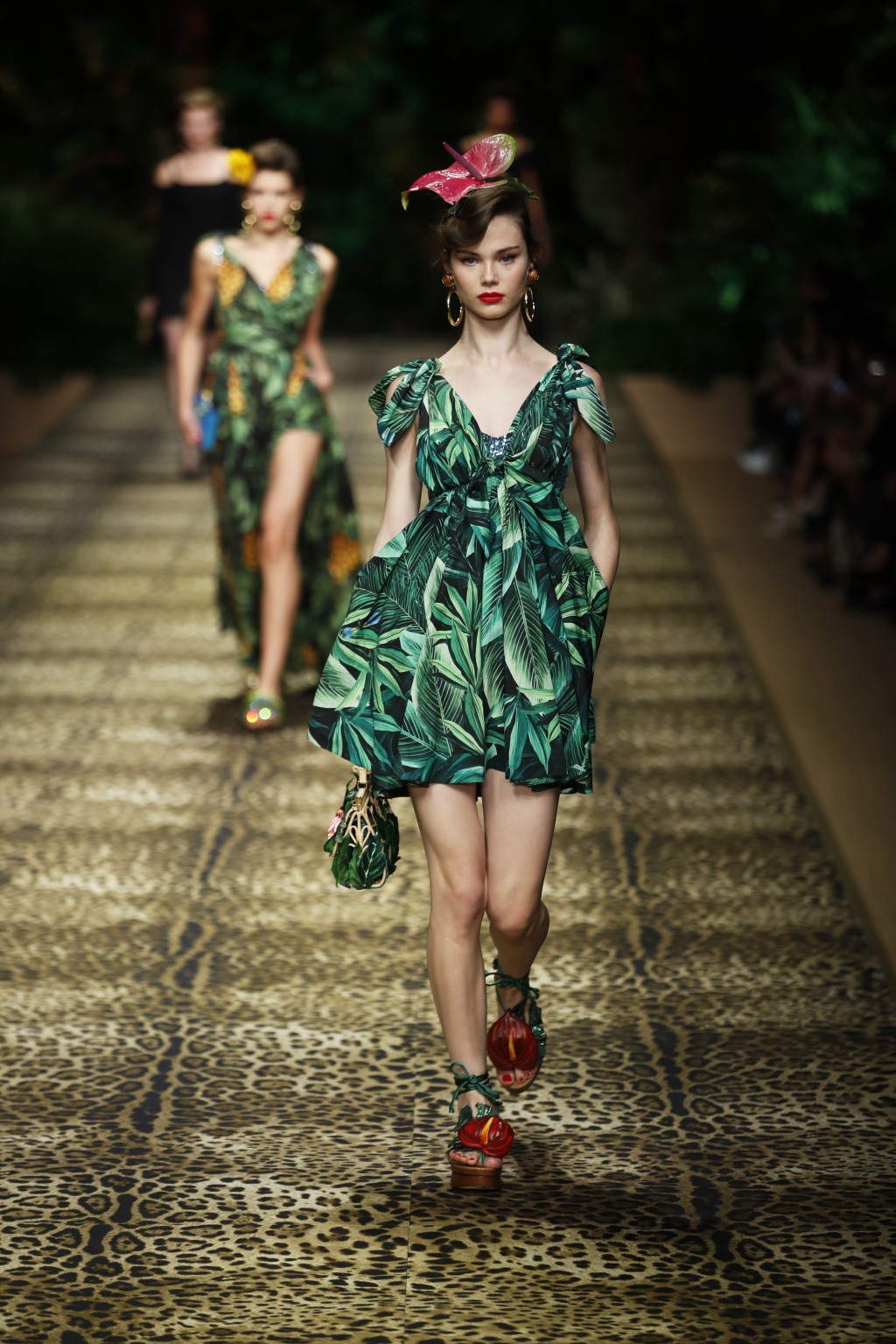 MILAN (AP) — Fashion, according to Gucci creative director Alessandro Michele, now is above all "a great platform. It has great power."

Michele has used that platform during his 4½ years at Gucci's helm to give gender fluidity a voice. The fashion house also put sustainability on stage, saying it would spend millions on a program to become carbon neutral.

Fashion is recognized as one of the world's top pollution-producing industries, and luxury producers are taking additional steps to address the environmental impact of making clothes.

The Italian Fashion Chamber, along with Livia Firth's EcoAge consultancy, was presenting its third Green Carpet Awards to recognize notable contributions to reaching that goal.

Milan Mayor Giuseppe Sala said while attending the Dolce & Gabbana show that the fashion industry, given its wide influence, may have a power to lead by example that politicians don't.

Iggy Pop, A$AP Rocky and Jared Leto filled the front row for the show within a show that gave a kinky turn to Gucci's equestrian heritage and railed against uniforms as a liberty-depriving force.

To start: Immobile models were conveyed down a moving runway wearing white canvas straitjackets - the most extreme expression of the uniforms that Alessandro Michele called "a strong sign of oppression."

Then, after the electricity suddenly cut out, the more conventional - in the Michele-Gucci sense - show began in reverse direction on the runway. Michele said the power outage and shift in moods were intended to show fashion as a restorer of freedom.

The collection and staging were sparer and less eccentric than his usual fare. Michele, who has completely upended the Gucci design language during his tenure, finally employed the equestrian motifs that are core to Gucci's identity.

But in deliberate fetish turn, he gave a whip "to a girl coming out of a club" and a series of sadomasochistic mistresses.

"I don't feel like I am a servant of the market," Michele said, explaining that wealthy horse owners were an ideal target for a luxury brand.

The mistresses were at times elegant, dressed in plunging gold lame tops with a corresponding deep-V slit in the accompanying leather skirt and at times kinky - puritan collars on a dark robe with sheer sleeves and chain detailing.

Michele also rejected the notion that his expression of gender fluidity in collections "was a new 2.0 discovery. Instead, it is something that exists."

The statement clearly understates the impact Gucci has had in almost five years, disorienting the fashion world. But it also taps into his notion of reaching people who were previously under-represented in luxury fashion.

The collection continues that exploration with men dressed in hot pink ruffled coats and leather jackets with puckered shoulders.

Designer's Domenico Dolce and Stefano Gabbana set their latest collection in a jungle, a mythic Sicilian jungle, an admittedly bold move after Jennifer Lopez broke the internet this week wearing a sheer, sexy jungle dress on the Milan runway of another fashion house.

With Sofia Vergara, Monica Bellucci and Lady Kitty Spencer among the front-row guests, Dolce&Gabbana tapped into their own sexy DNA with a series of clingy, flattering black dresses that are the brand's calling card.

The black numbers served as palate cleansers between bursts of inspiration around the jungle theme, starting with khaki safari suiting that echoed similar looks on the menswear runway in June.

Animal prints were de rigueur but not overdone. Dresses were done in elegant renderings of zebra, leopard and tiger prints and worn with matching sheer hosiery.

The exotic Laceleaf replaced the fashion house's signature red rose on some prints, and jungle print dresses covered a range of occasions, from summer shopping to seaside attire to evening fun.

Dolce&Gabbana also presented a series of bright beach looks fashioned from colorful scarves and muted day looks that showed off craftsmanship with raffia, lace, macrame, crochet and fringe in tan and ivory tones.

The designers this week opened a newly refurbished boutique for its women's collections on Via Spiga, with 920 square meters (nearly 10,000 square feet) over three floors.

Guests at the opening nibbled on nuts and fresh parmesan cheese while sipping Sicilian wines around a long table filled with fresh flowers and Baroque decorations.