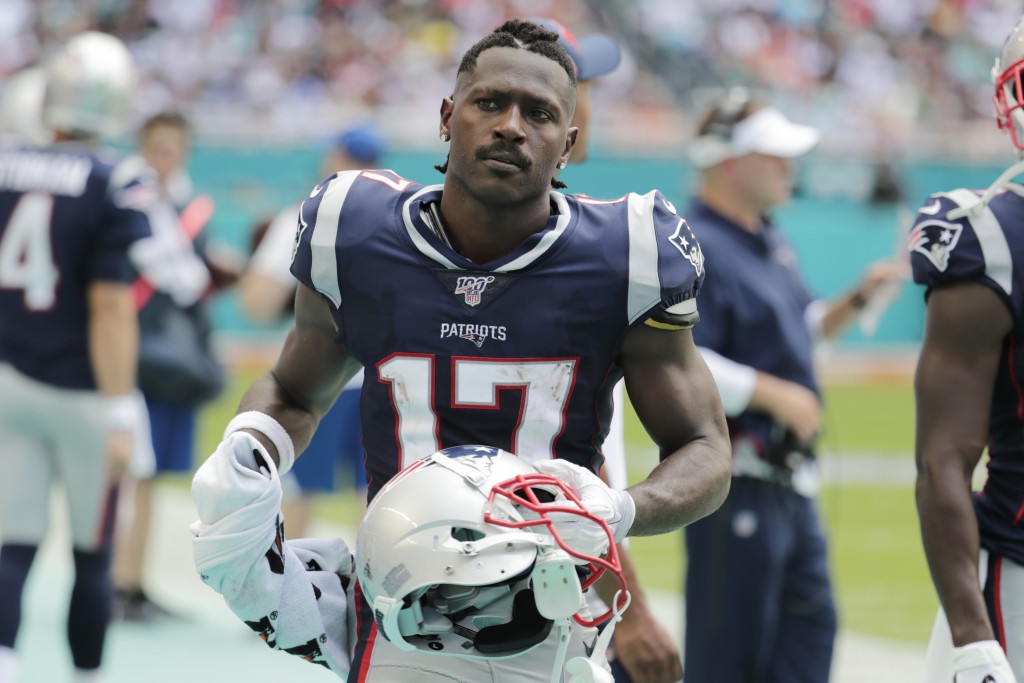 FOXBOROUGH, Mass. (AP) — Antonio Brown says he is finished with the NFL.

In a Twitter rant on the morning his most recent team was getting ready to play without him, the former New England Patriots receiver says, "Will not be playing in the NFL anymore." He went on to take shots at other people in football who have been accused of sexual misconduct, including Patriots owner Robert Kraft and longtime Steelers teammate Ben Roethlisberger.

Brown was traded out of Pittsburgh and released in Oakland after his off-field antics became too much for those teams. The Patriots signed him anyway, and just days later a woman filed a civil lawsuit accusing him of rape. He played in one game, then was released after the team learned he tried to intimidate a second woman who accused him of sexual misconduct.