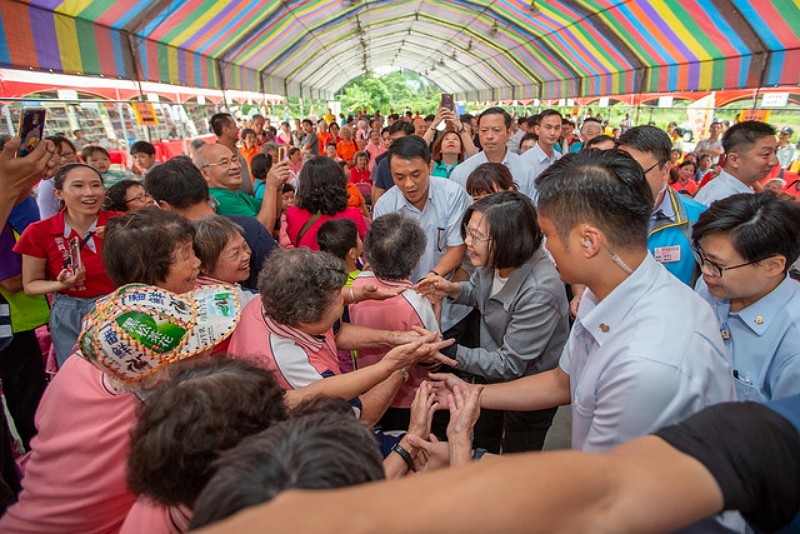 At an MRT line construction meeting in New Taipei City's Banqiao District on Sunday (Sept. 22), Tsai of the ruling Democratic Progressive Party (DPP) remained noncommittal about who she would team up with on the presidential ticket, reported the Liberty Times.

Pressed by the media on the possibility of aligning with former Premier Lai, who failed when he challenged her in the bitter DPP primaries, Tsai was tight-tipped other than saying that there is no communication issue between herself and Lai and that “the party will address the topic publicly at an appropriate time.”

DPP Chairman Cho Jung-tai (卓榮泰) has suggested that Lai’s participation will boost the campaign, whatever role he assumes. Cho said in an interview on Saturday that he hoped Lai would help drum up support for the party to secure more legislative seats, especially in southern Taiwan, traditionally regarded as a strong foothold for the pro-independence party, reported Nownews.

Meanwhile, calls for a Tsai-Chen ticket have also grown louder recently. Chen, who suffered a defeat to Han Kuo-yu (韓國瑜) of the Kuomintang (KMT) in the Kaohsiung mayoral race last year, dismissed speculation about his potential vice presidential candidacy.

Chen said he has his mind on efforts to better govern the country and will not be distracted by other business, apparently ruling out the possibility of joining Tsai in the presidential election, wrote Nownews.