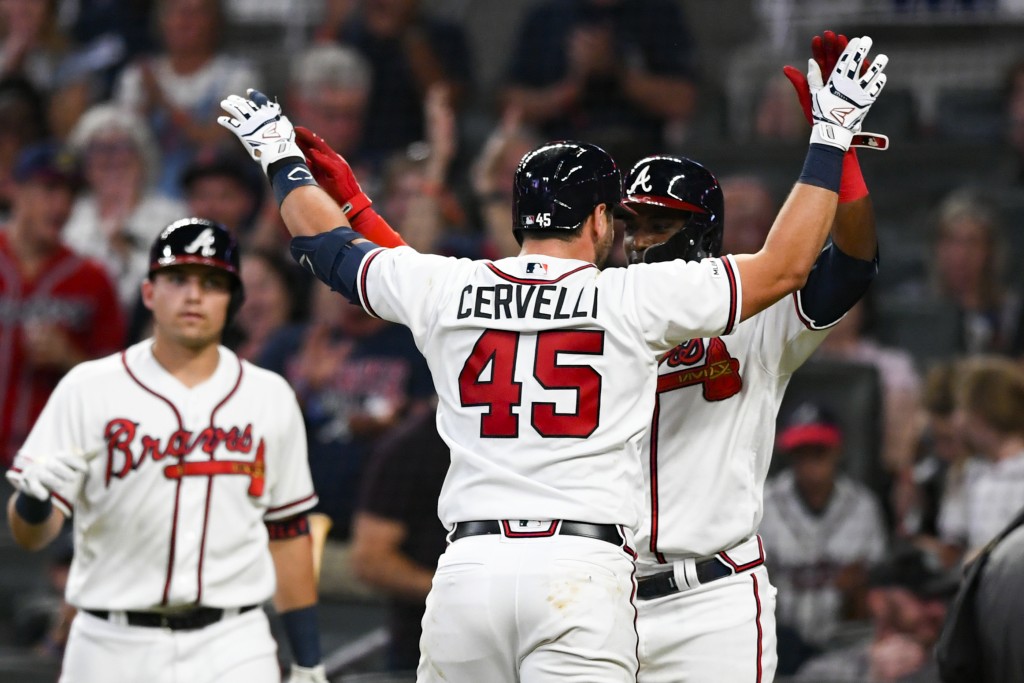 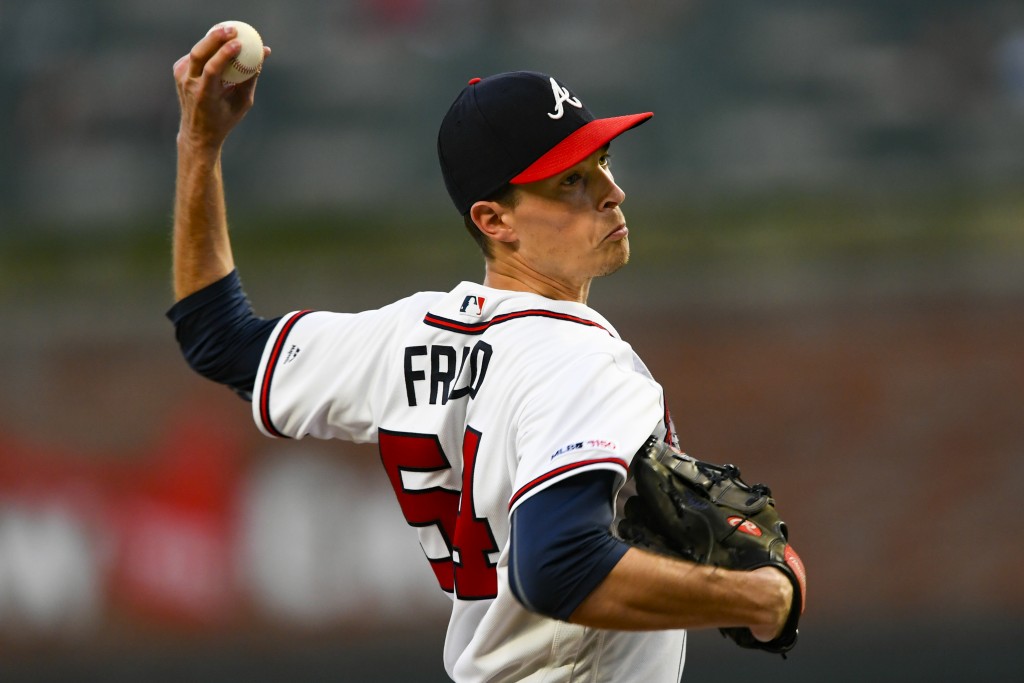 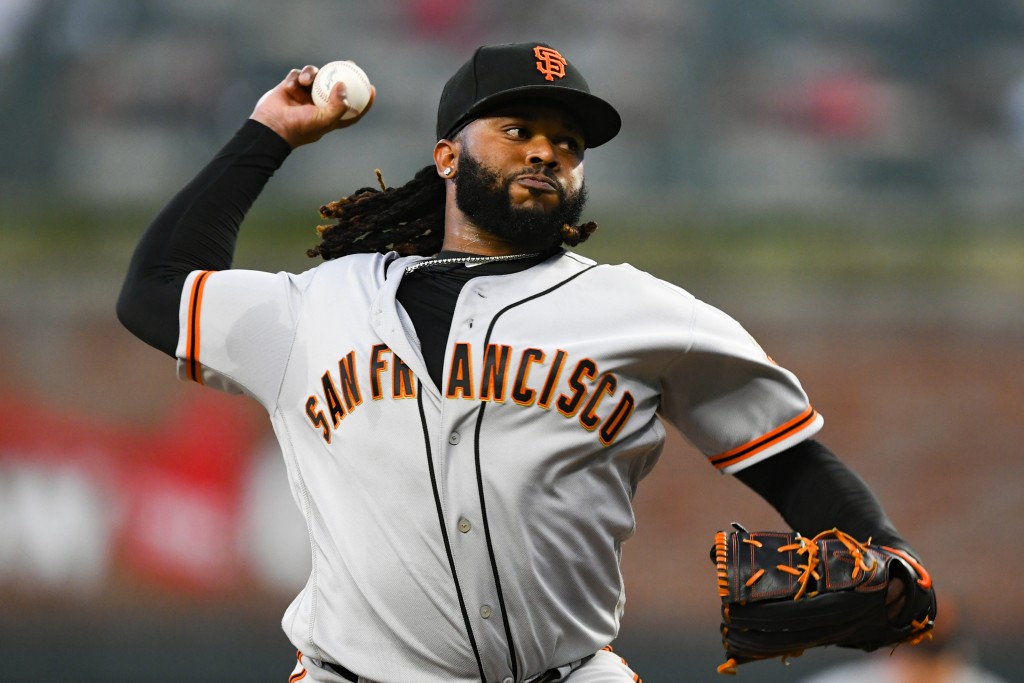 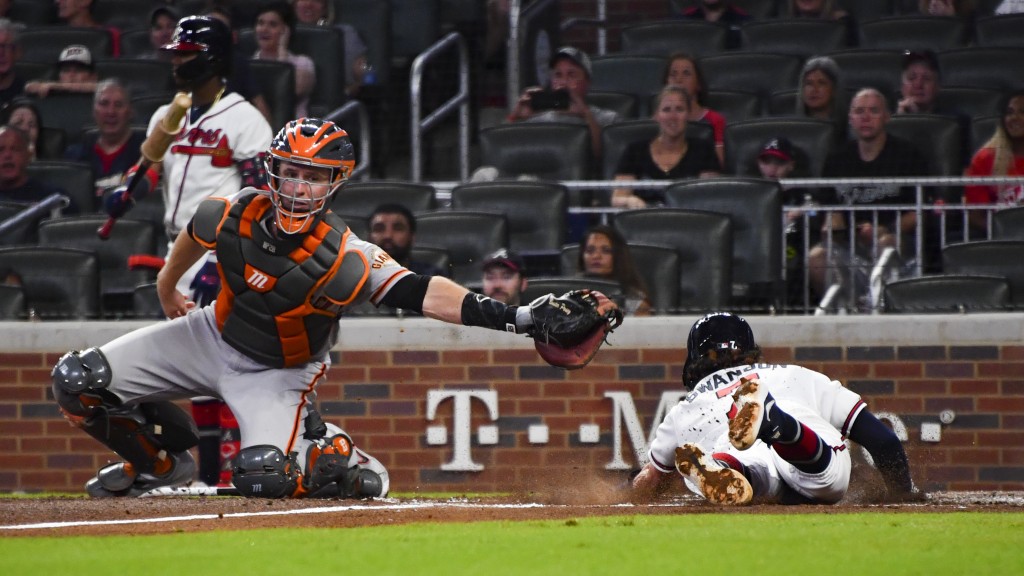 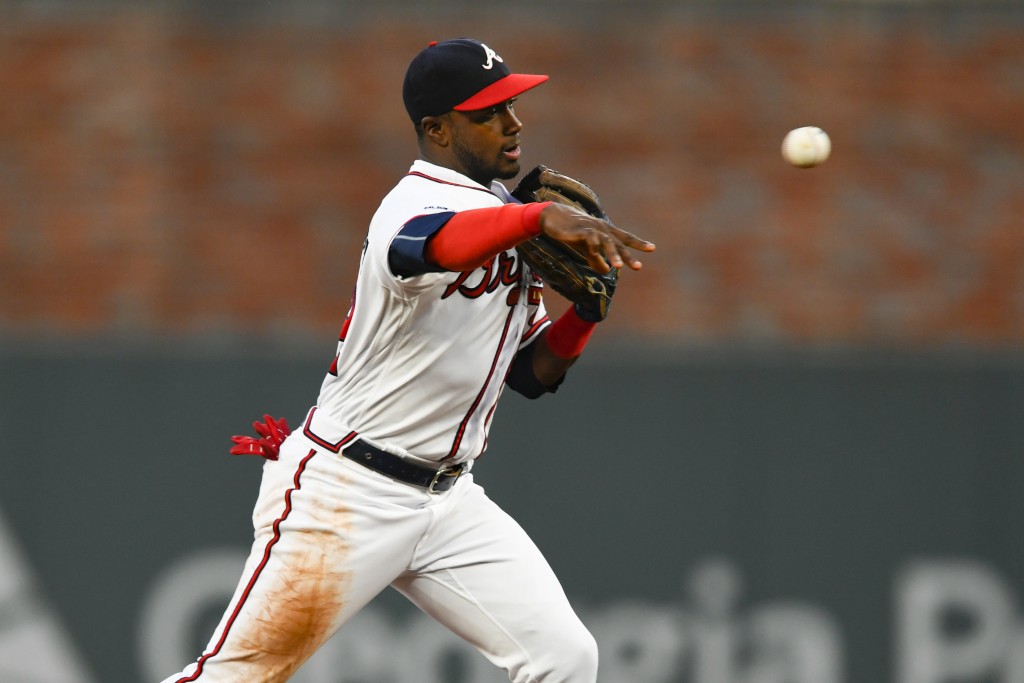 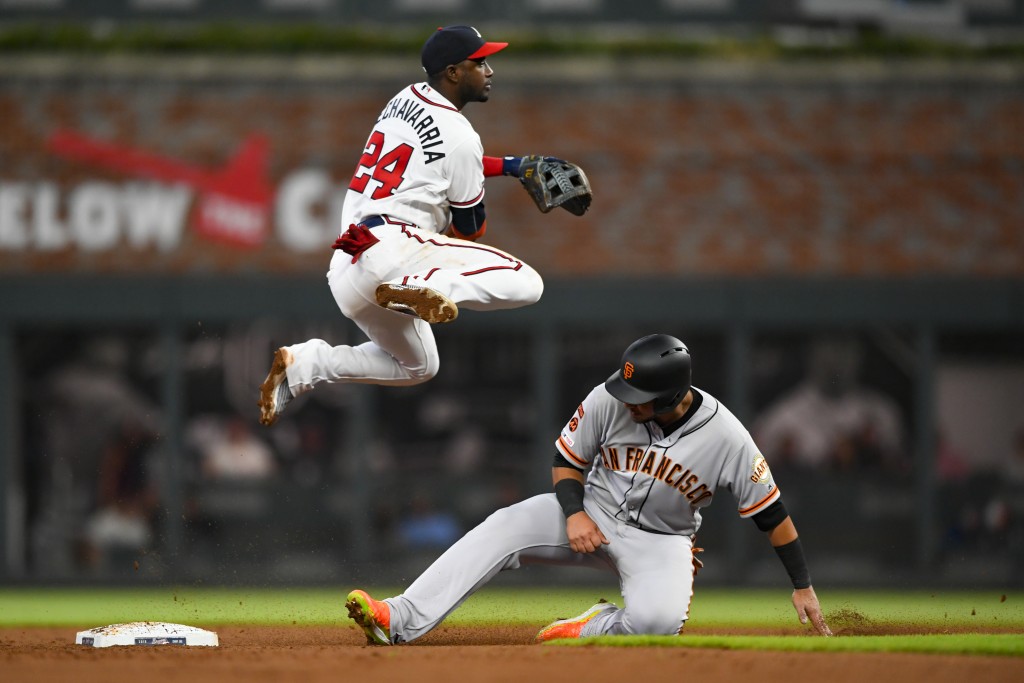 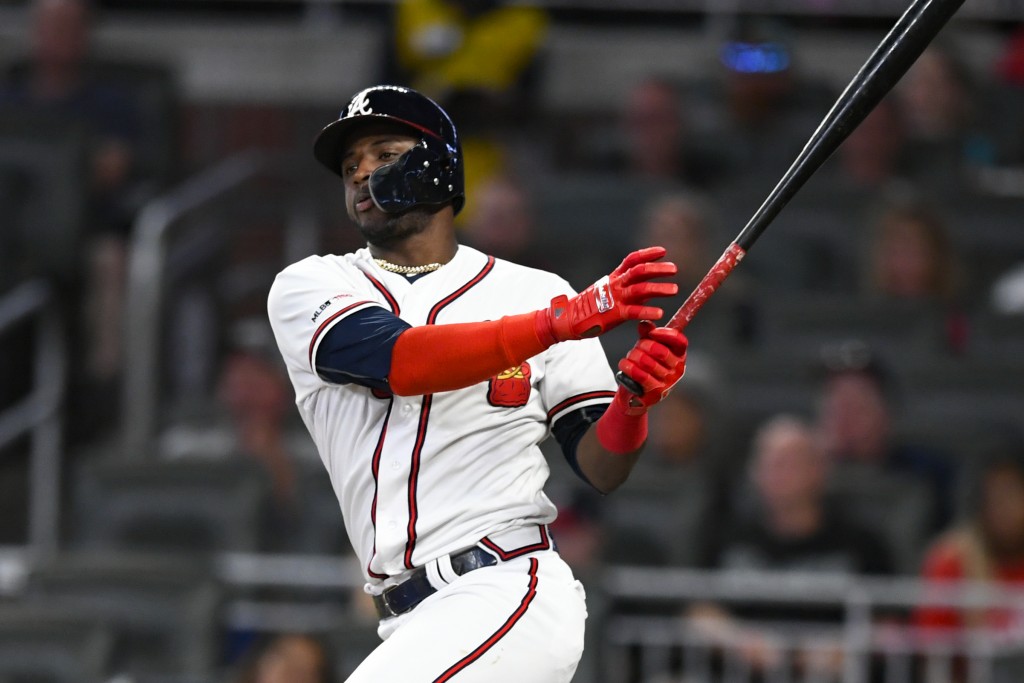 ATLANTA (AP) — Max Fried strengthened his case for a spot in Atlanta's postseason rotation by throwing 5 1/3 scoreless innings, Francisco Cervilli and Adam Duvall hit two-run homers and the Braves rolled to an 8-1 win over the San Francisco Giants on Saturday night.

At 96-60, the Braves will finish with their most wins since 2013. San Francisco dropped to 71-81, ensuring Bruce Bochy will not have a winning record in his 25th and final season as a major league manager, the last 13 with the Giants.

Each team rested several starters one day after the Braves clinched the NL East title and the Giants were eliminated from postseason contention.

Braves manager Brian Snitker said before the game he didn't expect to alter his rotation after clinching the division. He added he will lessen the starters' workload in the regular season's final nine days.

The first evidence of the plan for Atlanta's starting pitchers came when Fried (17-6) was pulled after 65 pitches. He allowed five hits with no walks.

Dallas Keuchel and Mike Soroka are likely members of the postseason rotation, while Fried, Mike Foltynewicz and Julio Teheran are competing for spots.

Fried has allowed five runs in each of prior two starts.

Adeiny Hechavarría hit a two-run double in the second, when Cueto walked three. Billy Hamilton also doubled in a run.

Cervelli returned from made the most of his first start since Sept. 10 due to a cut on his left ring finger. He pushed Atlanta's lead to 6-0 with his two-run homer against Dereck Rodríguez in the fifth.

Duvall added a two-run shot off San Coonrod in the seventh.

Braves OF Ender Inciarte, who has missed 32 games with a right hamstring strain, is still trying to return before the end of the regular season. Snitker said it wasn't realistic for Inciarte to play in a two-game series at Kansas City that begins on Tuesday. Snitker said Inciarte may make it back at the New York Mets next weekend.

Giants: Rookie RHP Logan Webb (1-2, 6.51) is to make his seventh start of the season on Sunday's final game of the series.