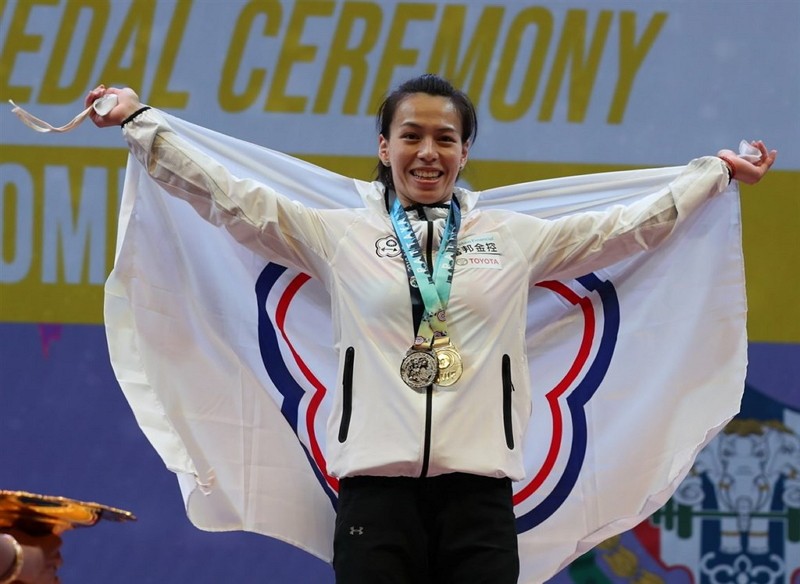 Kuo, who competed in the women's 59kg division, won a gold medal with a clean and jerk of 140 kilograms, breaking her previous world record of 137kg set in April at the 2019 Asian Weightlifting Championships in Ningbo, China.

In the snatch event, Kuo took a silver medal after lifting 106kg in the same division.

She clinched a second gold with the combined lift of 246kg, which again broke her own world record of 243kg set in Ningbo.

This year's World Weightlifting Championships is being held in Pattaya, Thailand from Sept. 18-27.

The tournament is also a gold-tier Olympic qualifying event, providing athletes with bonus points and possible automatic qualification for the 2020 Tokyo Olympics.