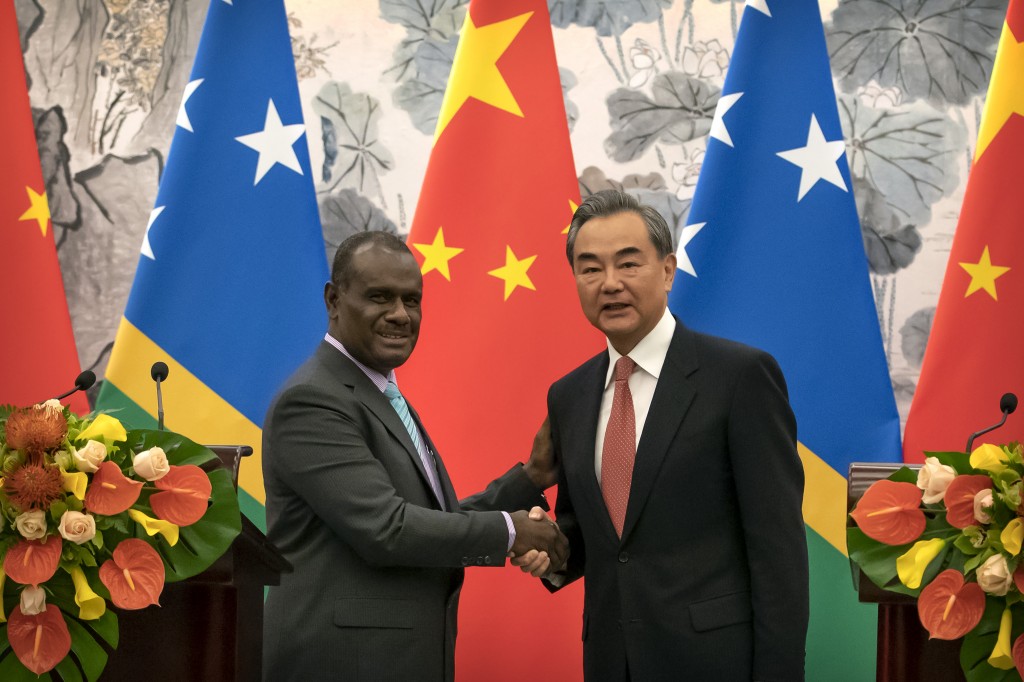 BEIJING (AP) — The Solomon Islands has formed diplomatic relations with China after breaking ties with Taiwan, giving Beijing a new victory in its campaign to isolate the self-ruled island it claims as part of its territory.

The two governments announced Saturday they were forming diplomatic ties "in keeping with the interests and desire of the two peoples."

The Solomons broke relations with Taiwan on Monday, leaving the island with fewer than 20 governments that recognize it as an independent country.

Taiwan and China split amid civil war in 1949. They have extensive commercial ties but no official relations.

Taiwan is the last territory controlled by the Republic of China government that ruled the united country from 1911 until the war.