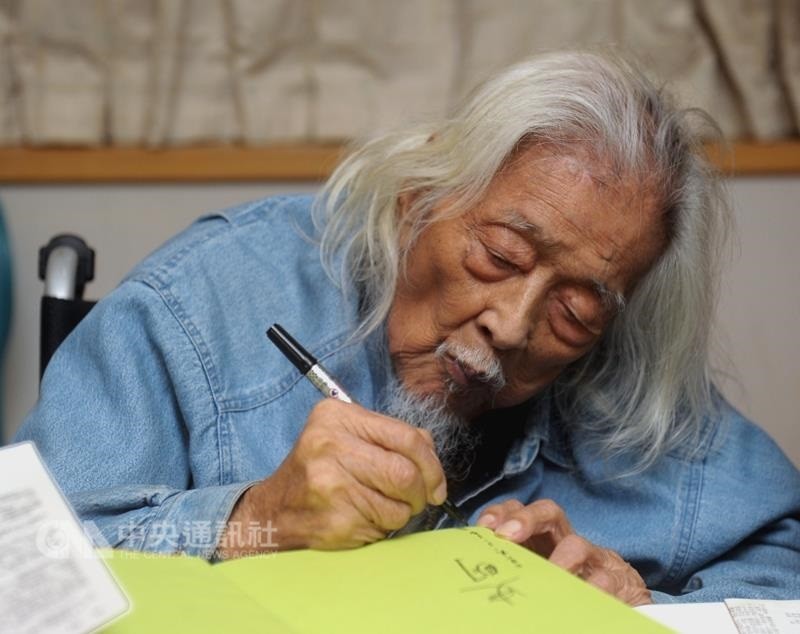 TAIPEI (Taiwan News) – On Friday (Sept. 20), lifelong Taiwanese independence activist Su Beng, whose given name was Shih Chao-hui (施朝暉), passed away at 100 years old, just over one month away from what would have been his 101st birthday on Nov. 9 by Western reckoning. He was pronounced dead at 11:09 p.m. at Taipei Medical University Hospital.

Known as Shi-Ming (史明) in Taiwan, Su Beng was an iconic figure in the history of the Taiwanese independence movement, who in his younger years lived the life of a revolutionary, and in his older years made a name for himself as a historian and political councilor. The name Su Beng was chosen as his pen name for the book “Taiwan’s 400 Year History,” which he wrote during a period of exile living in Tokyo, Japan.

He was born in Taipei’s Shilin District when Taiwan was still a colony of the Japanese Empire in 1918. Su, who graduated from Waseda University in 1942 with a degree in politics and economics, developed a strong anti-colonial sentiment during the Japanese colonial period. Before the end of the Second World War, Su Beng is said to have worked in China with the Communist Party however he was never an official member according to most accounts. Su Beng at Waseda University in Japan in 1937. (Wikimedia Commons)

After the Kuomintang (KMT) retreated to Taiwan in the Chinese Civil War, Su also returned to Taipei as an activist in favor of Taiwan independence. Su was dissatisfied with the treatment Taiwanese people received from China’s Communist Party and the KMT-led nationalist government.

In 1950, Su established the Taiwan Independence Armed Corps which plotted the assassination of Chiang Kai-shek. This led to him being identified as an enemy of the state by the KMT government.

After several months on the run, Su snuck on a ship headed for Japan and ended up in Tokyo, where he was imprisoned for a brief period of time, but ultimately granted political asylum. Su then established a noodle shop in Tokyo’s Ikebukuro District, where he would remain for decades. During this time, Su returned to scholarship and drafted his work “Taiwan’s 400 Year History,”which was first published in Japanese and later in Mandarin and English.

In 1993, he finally returned to Taipei, where he began the Taiwan Independence Action Motorcade, which rolls through the streets of Taipei with loudspeakers, banners and gongs advocating independence for Taiwan. As a prominent scholar and activist, Su Beng was an influential figure in helping to develop a Taiwan-centric historiography as a means to promote national consciousness among Taiwanese people.

For the past few years, Su served as a senior adviser to the Office of the President. Su celebrated his 100th birthday in November 2017 (the traditional Asian method of calculating age includes time spent in the womb) with a large crowd of well-wishers including President Tsai and top figures in the Democratic Progressive Party (DPP).

Su was a strong supporter of the Tsai administration. At the time of his centenarian celebration, he urged the country to support Tsai's bid for a second term “because she can provide the leadership to carry out the reforms Taiwan needs, and make progress towards a free, democratic society,” said Su.