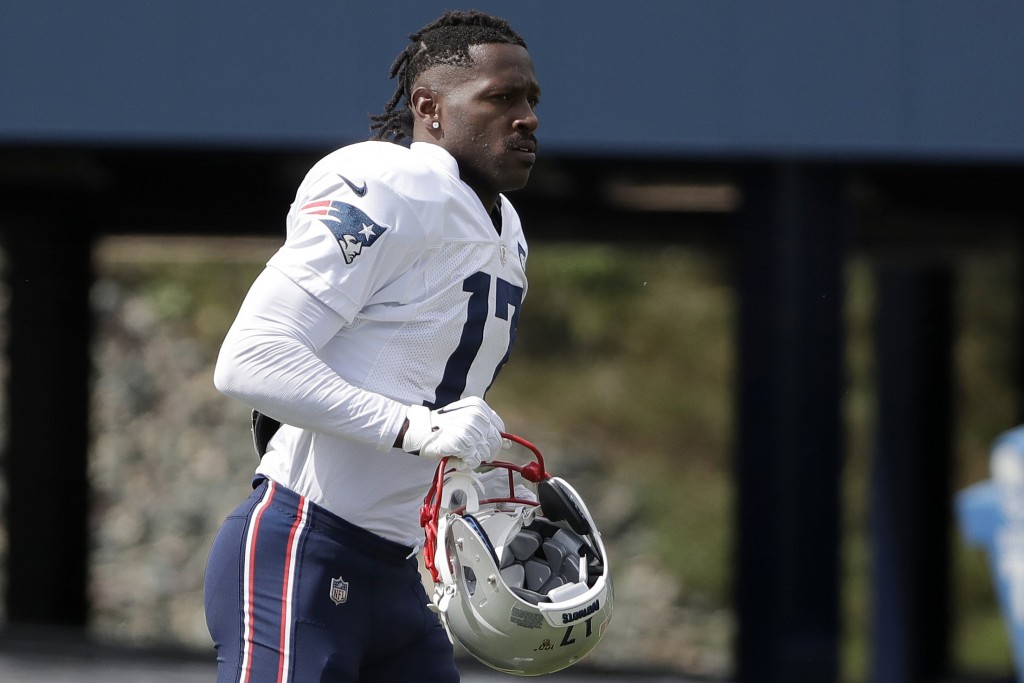 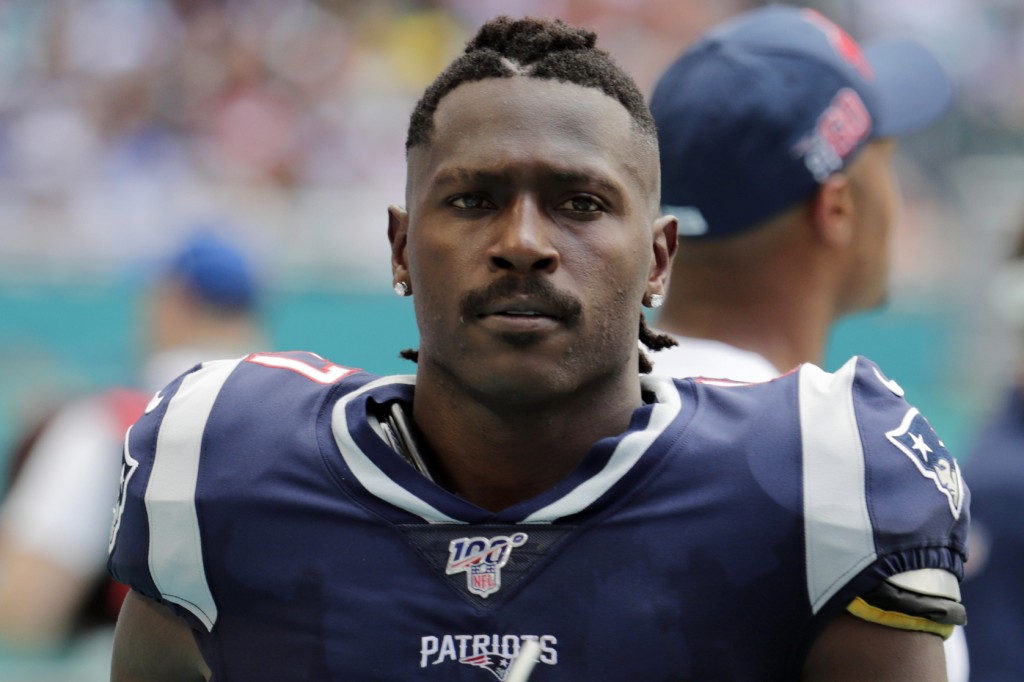 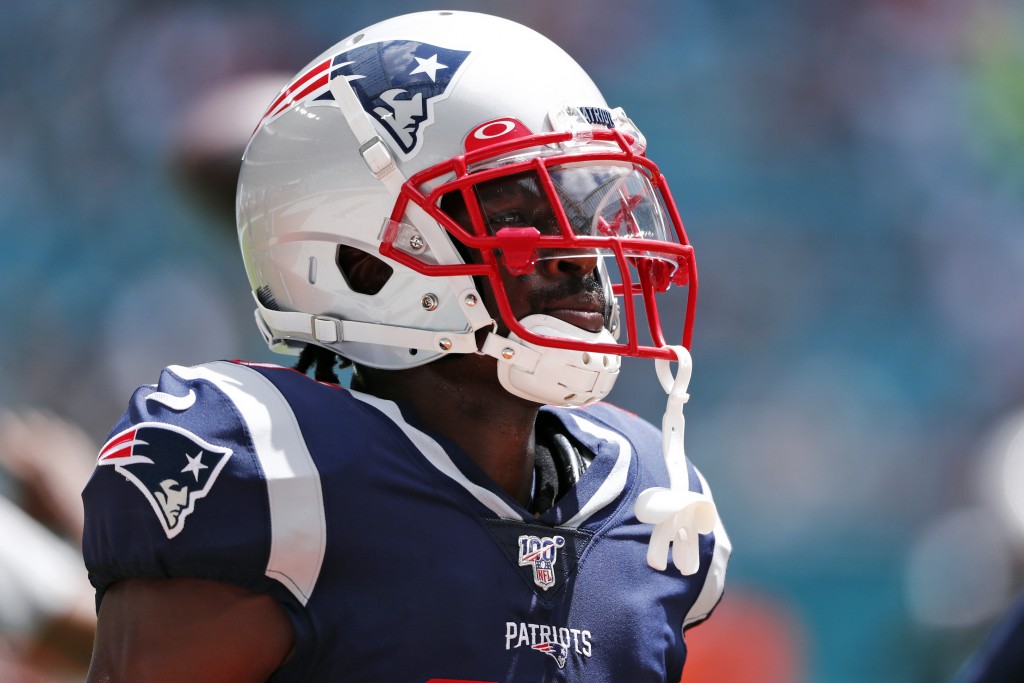 FOXBOROUGH, Mass. (AP) — Antonio Brown was released by the New England Patriots on Friday after a second woman accused him of sexual misconduct — the third team in seven months to tire of the off-field behavior that has overshadowed his accomplishments as one of the NFL's most prolific receivers for a decade.

The defending Super Bowl champions announced the move in a statement emailed to reporters, three minutes after Brown posted on Twitter: "Thank you for the opportunity @Patriots #GoWinIt."

Already facing a civil suit claiming that he raped a former trainer, Brown was accused in a Sports Illustrated story published on Monday of exposing himself to an artist he hired to paint a mural at his home. He has denied both allegations.

But the Patriots cut ties with the four-time All-Pro after just one game.

The statement attributed to "a Patriots spokesperson" said, in its entirety: "The New England Patriots are releasing Antonio Brown. We appreciate the hard work of many people over the past 11 days, but we feel that it is best to move in a different direction at this time."

Patriots coach Bill Belichick and quarterback Tom Brady both declined to comment on Brown during their scheduled media availability Friday, a few hours before Brown was released. Belichick said during the morning that the team was looking into "some things," then cut off his news conference when reporters continued to ask about Brown.

Asked if he expected Brown to play in Sunday's game against the New York Jets, Belichick said, "He's on the roster."

About five hours later, he wasn't.

"It's unfortunate things didn't work out with the Patriots," Brown's agent, Drew Rosenhaus tweeted. "But Antonio is healthy and is looking forward to his next opportunity in the NFL. He wants to play the game he loves and he hopes to play for another team soon."

An NFL investigation of the allegations against Brown is ongoing. The league said in a statement late Friday that Brown could be placed on the commissioner's exempt list if he is signed by another team and could also be suspended once the investigation concludes — circumstances that cast doubt on whether he will play again this season.

"Our office is presently investigating multiple allegations, some of which are the subject of pending litigation," the NFL statement said. "We have as yet made no findings regarding these issues. The investigation is ongoing and will be pursued vigorously and expeditiously."

Brown has been sued by a former trainer Britney Taylor, who claimed Brown sexually assaulted her on three occasions, including rape. Although the allegations became public last week, Brown practiced with the Patriots, then played on Sunday in a 43-0 rout of Miami, scoring a touchdown.

Taylor had a lengthy meeting with the NFL this week.

The AP does not typically identify people who say they are victims of sexual assault unless they come forward publicly, but Taylor was identified in the federal lawsuit and was quoted in a statement provided by her lawyer.

According to a Sports Illustrated story, a second woman, who as a victim of sexual harassment is not being identified, was working at Brown's home when she turned around to find him standing there naked except for a small towel covering his genitals.

After the article ran, the magazine reported, the woman "received what she characterized as intimidating texts" from Brown that included pictures of her children.

"She received a group text message that appeared to come from the same phone number Brown provided to her in 2017," the magazine said. "The person she believes is Brown encouraging others in the group to investigate the woman. The texter accused the artist of fabricating her account of the 2017 incident for cash."

Lawyers for the woman said in a statement that the league and the Patriots "took our client's concerns seriously."

"She wanted the threats and intimidation to stop and we hope that will be case," said a statement emailed to reporters from attorneys Lisa Banks and Debra Katz. "The NFL has assured us that regardless of Antonio Brown's roster status, it will continue to investigate all claims regarding his behavior."

Also this week, Nike cut ties with the receiver, saying in an email to The Associated Press on Friday, "Antonio Brown is not a Nike athlete."

A four-time All-Pro who caught 837 passes over nine seasons with the Steelers, Brown wore out his welcome in Pittsburgh after he went missing for two days before the 2018 season finale. The Steelers traded him to Oakland, which signed him to a contract that would have paid him up to $50 million over the next three seasons.

But he never played a game for the Raiders, quarreling with the coach and general manager until they, too, released him. The Patriots signed him only a few hours later, giving him a one-year deal that would have guaranteed him $9 million and paid him up to $15 million this season.