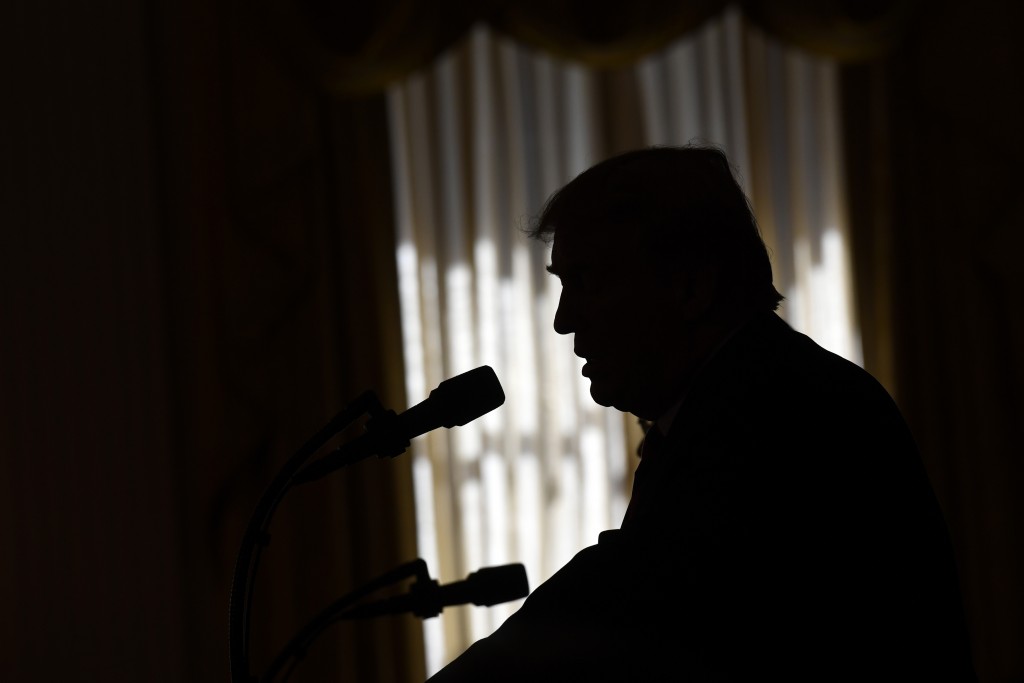 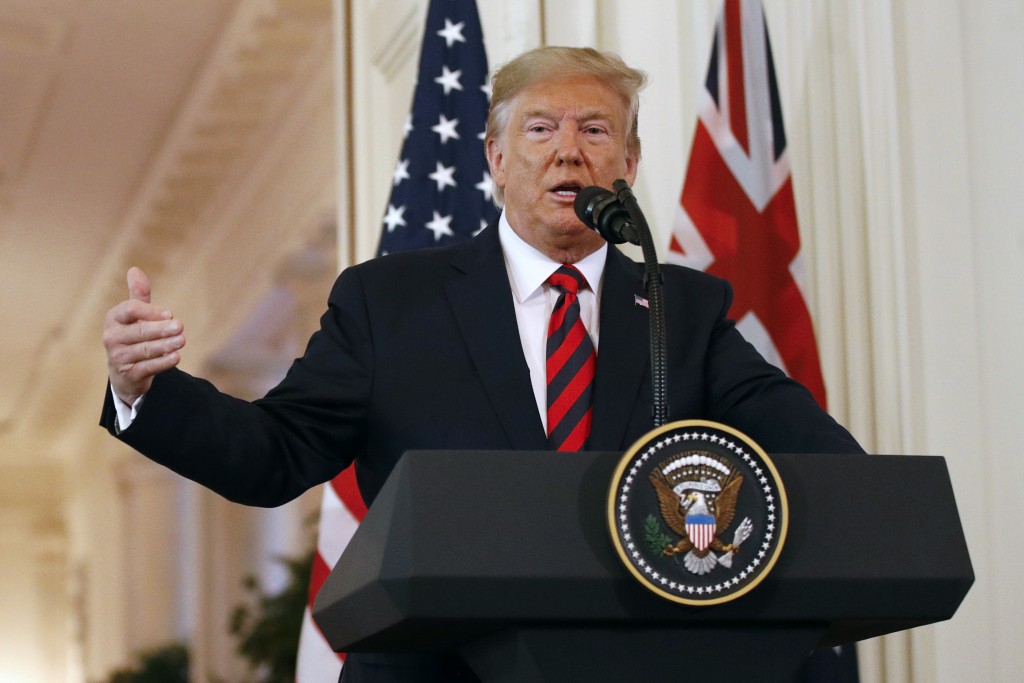 WASHINGTON (AP) — There are many unanswered questions about a whistleblower's complaint that reportedly says President Donald Trump's made an inappropriate, even alarming "promise" involving Ukraine. For starters, it's not publicly known who the whistleblower is or what he or she is specifically alleging.

But there has been a flurry of recent disclosures related to Trump and top advisers on Ukraine that are drawing scrutiny. Leading Democratic investigators question whether Trump briefly withheld security aid to Ukraine to pressure the Ukrainian government and new Ukrainian President Volodymyr Zelenskiy to conduct investigations that might help him politically. Trump was asked about the matter Friday and did not deny discussing an investigation of former Vice President Joe Biden with Zelenskiy.

The New York Times and The Washington Post reported Sept. 19 that the whistleblower's complaint involves Trump and Ukraine.

Here's a brief timeline of relevant facts and events:

— May 9, 2019: Trump's personal attorney, Rudy Giuliani, acknowledges he plans to travel to Ukraine to urge the new government to investigate the role Biden's son Hunter had in a gas company owned by a Ukrainian businessman. Giuliani says he will also press for a review of allegations circulating in conservative circles that Ukraine may have helped Hillary Clinton's campaign. Giuliani cancels the trip amid criticism but continues his lobbying campaign over ensuing months.

—July 25, 2019: Zelenskiy and Trump have a phone conversation. The Ukrainian readout describes Trump as "convinced that the new Ukrainian government will be able to quickly improve image of Ukraine, complete investigation of corruption cases, which inhibited the interaction between Ukraine and the USA." A less detailed White House readout said Trump called Zelenskiy "to congratulate him on his recent election."

—Aug. 12, 2019: The inspector general of the intelligence community receives a complaint from a whistleblower describing an "urgent concern." Over the ensuing two weeks, Inspector General Michael Atkinson investigates the complaint, determines that it meets the definition of an "urgent concern," which could include a violation of the law or an executive order, and finds the complaint "credible."

—Sept. 9, 2019: Atkinson reveals the existence of the whistleblower's complaint to lawmakers and the refusal of the acting director of national intelligence, Joseph Maguire, to transmit it to the intelligence committees as directed by the law. Atkinson notes that Maguire disagreed with his conclusions and appeared to be treating the complaint differently than in similar past cases.

Separately, three House committees announce a joint investigation into Giuliani's activities in Ukraine, writing the administration seeking information and documents about Trump's and Giuliani's efforts "to coerce the Ukrainian government into pursuing two politically-motivated investigations under the guise of anti-corruption activity."

—Sept. 11-12, 2019: In advance of a Senate Appropriations Committee vote designed to force the release of the $250 million military aid package, the administration relents and frees up the military aid, along with $142 billion in State Department funds. The panel is laden with Republicans sympathetic to Ukraine.

—Sept. 13, 2019: The House intelligence committee chairman, Adam Schiff, D-Calif., demands in letters that the whistleblower complaint be turned over to him in keeping with the law and past practice. Maguire refuses, and Schiff issues a subpoena for the complaint on Sept. 13. Maguire again refuses, claiming Schiff does not have a right to the document under a technical reading of the stature because the complaint concerns the "conduct by someone outside the intelligence community." Maguire also says he is too busy to immediately testify before Schiff's committee. A hearing is slated for Sept. 26.

—Sept. 19, 2019: The Washington Post and The New York Times report that the whistleblower's complaint involves Trump's call with the Ukrainian president. Giuliani makes an appearance on CNN and acknowledges he pressed Ukraine to investigate Biden.

—Sept. 20, 2019: Trump is asked if be brought up Biden in the call with Zelenskiy. He replies, "It doesn't matter what I discussed." He also uses the moment to urge the media "to look into" Biden's background with Ukraine.