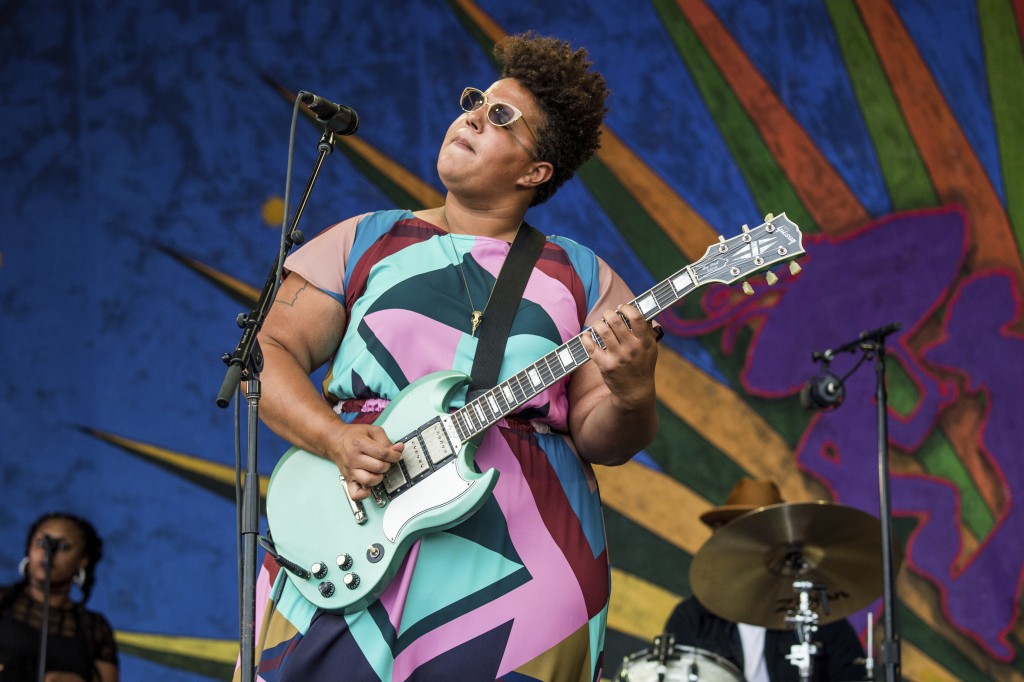 Solo projects can be hit or miss for artists looking to break from a band. For some, their newfound creative independence allows them to hit their stride. For others (even rock legend Mick Jagger), they seem to function better as part of a collective effort.

Brittany Howard of Alabama Shakes falls into the former category. Her personality and songwriting shine through on "Jamie," the singer and guitarist's 11-track solo debut.

Howard doesn't play it safe on "Jamie." She experiments with musical styles more than she typically has in her work with the Shakes. While Alabama Shakes adhere to a more classic rock sound, Howard brings in gospel, lo-fi and funk influences on "Jamie."

In her subject matter, she also doesn't pull any punches, tackling religion in "He Loves Me" and race in "Goat Head." Even seemingly simple songs, such as "Georgia," carry weight. In a world where lesbian love songs are a rarity in the mainstream, this tender track feels both powerful and vulnerable.

"He Loves Me" samples church sermons as Howard sings, "I don't go to church anymore." The song confronts the dissonance between religious teachings and progressive lifestyles head on. "I know He still loves me when I'm smoking blunts/ Loves me when I'm drinking too much," she sings. Then later, "He doesn't judge me."

Just as Howard brings to light the gray area of religion in "He Loves Me," she does the same with race in "Goat Head." The song gives a personal account of her experience as a child born to a white mother and a black father. She learns that her father's car was vandalized —someone not only slashed his tires, but put a goat's head in the back.

The track starts with a chilled-out beat, not introducing the shocking imagery of the goat head until the song is two minutes into its three-minute runtime. The image is meant to jolt listeners and shed light to a further point — conversations on race can't be painted into a pretty picture when the underlying history reflects a grotesque past. She not only alludes to this past, but her own struggle with identity.

Howard has rewarded audiences with her honesty, proving that she stands both within her band and on her own.