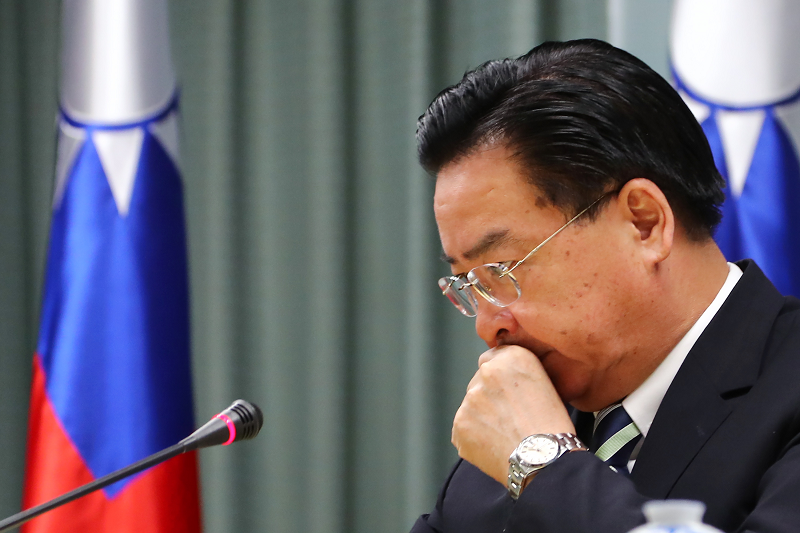 President Tsai Ing-wen (蔡英文) has asked Minister of Foreign Affairs Joseph Wu (吳釗燮) to remain in his post after he tendered his resignation to shoulder political responsibility for the termination of diplomatic relations with Kiribati, the Presidential Office spokesman said Friday.

Taipei announced earlier in the day the termination of diplomatic ties with Kiribati after the central Pacific island nation decided to switch allegiance to Beijing. It is the second ally with which Taiwan has decided to cut formal links within a week following the Solomon Islands.

Ting Yun-kung (丁允恭) told the press that Wu had offered the president his resignation for the diplomatic setback, but was asked to stay on because "what led to the result was nothing but the Chinese government's barbaric behavior in the international community."

"It is without doubt that the international troublemaker barbarically suppressing Taiwan and destroying regional stability is the Chinese government," Ting said.

At a press conference Friday afternoon, Wu announced the severing of formal relations with Kiribati, and said he must shoulder political responsibility.

The main opposition Kuomintang (KMT), meanwhile, demanded that Wu should be replaced after the nation cut ties with two allies within a week.

The severing of ties with Kiribati leaves Taiwan with only 15 diplomatic allies worldwide.

On Monday, Taiwan broke ties with the Solomon Islands after the South Pacific island nation switched diplomatic recognition from Taipei to Beijing.