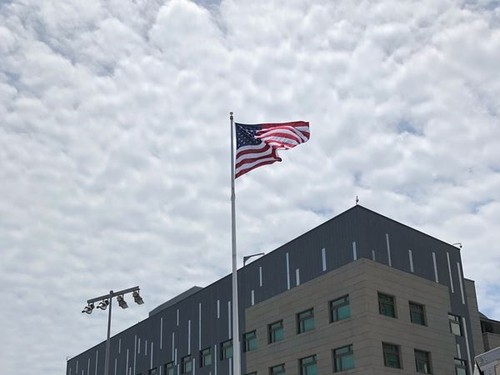 TAIPEI (Taiwan News) — The American Institute in Taiwan (AIT) has expressed its disappointment over Kiribati’s decision to switch diplomatic recognition from Taiwan to China.

The AIT is deeply disappointed that Kiribati has decided to terminate its diplomatic relations with Taipei and establish ties with Beijing, CNA reported Friday afternoon (Sept. 20).

The AIT is concerned about China’s forcing countries to cut ties with Taiwan and is considering a possible response based on the Three Communiqués, the Taiwan Relations Act, and the “one-China” policy, according to the de-facto U.S. embassy in Taiwan. Peace and stability across the Taiwan Strait is in the interest of the U.S., and stable cross-strait relations are of great importance to the region, it added.

Countries that establish closer relationships with China mostly do so in hopes of a boost to economic growth and infrastructure development, but in the long run they often end up putting themselves in a worse situation, the report cited the AIT as saying. The institute added that China's efforts to unilaterally alter the status quo has had a negative impact on regional stability and undermined the framework that has enabled peace, stability, and development for decades.

The U.S. will continue to support Taiwan, especially since it has made major contributions to the world in an effort to tackle global challenges, said the AIT. It added that Taiwan is a democratic success story, a reliable partner, and a force for good in the world.