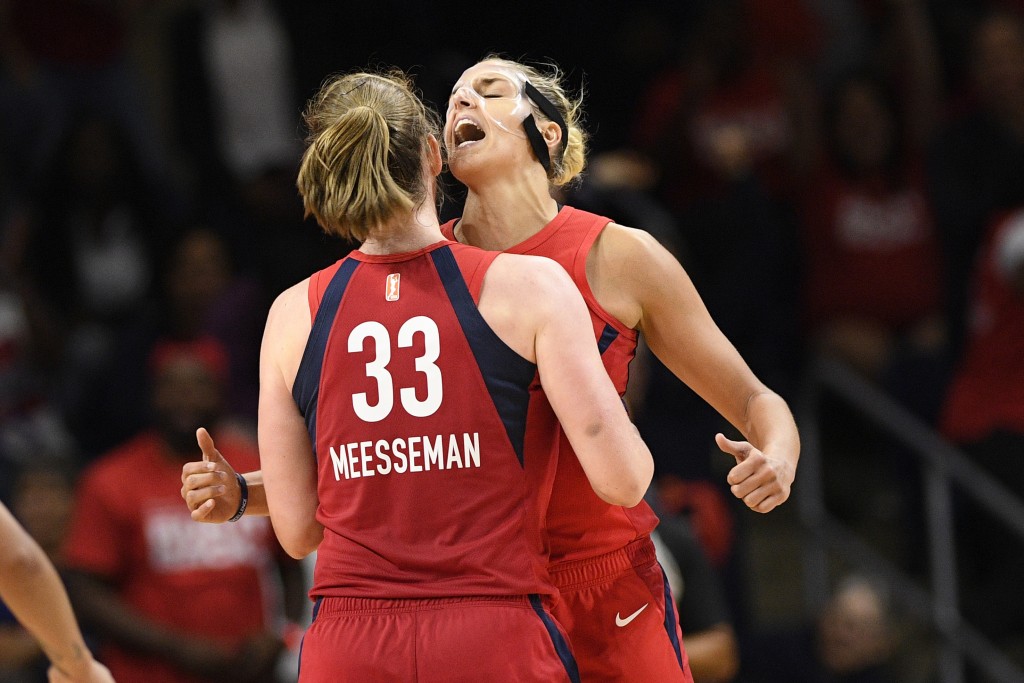 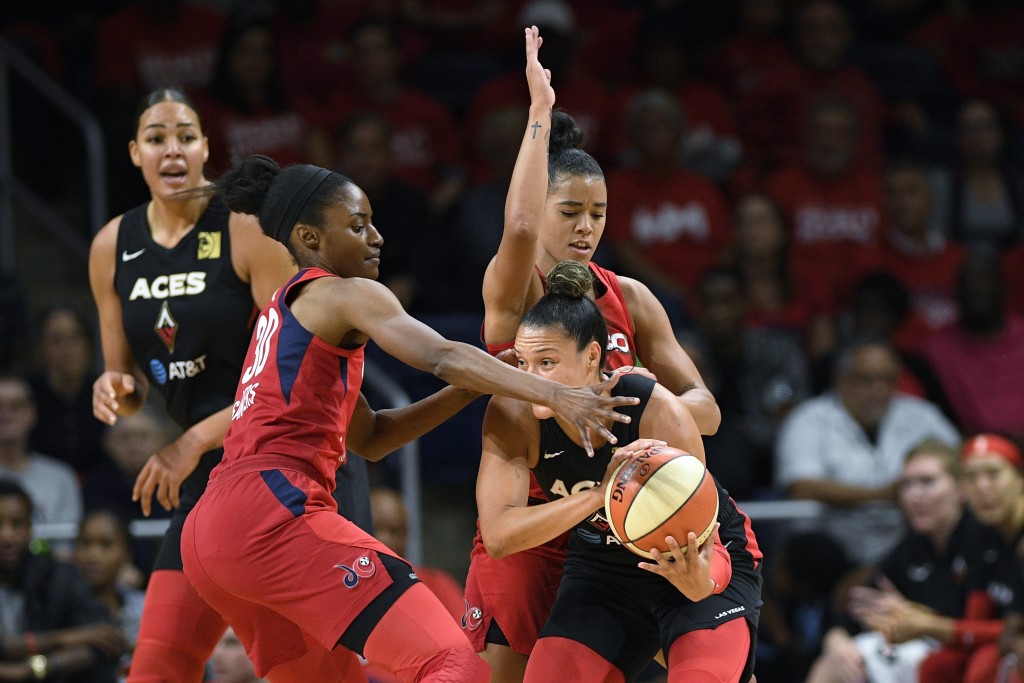 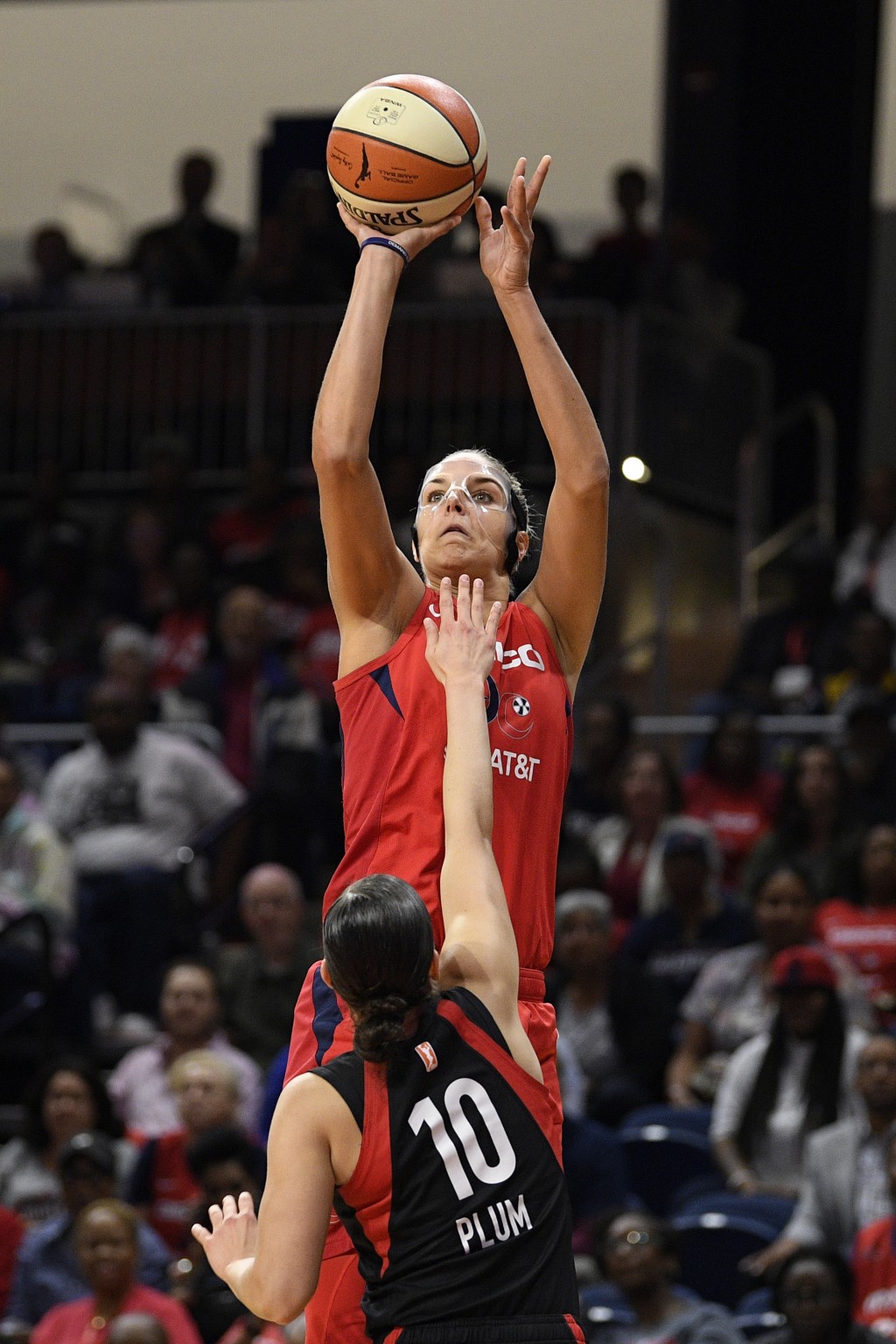 WASHINGTON (AP) — Emma Meesseman tied a career high with 30 points in her second consecutive exceptional performance, and the Washington Mystics beat the Las Vegas Aces 103-91 on Thursday night to take a 2-0 lead in their WNBA semifinal series.

Natasha Cloud added 18 points and 11 assists for Washington, while Elena Delle Donne scored 14 points and grabbed 10 rebounds on the day she was honored with the league MVP award.

The Mystics can wrap up the best-of-five series and seal a return to the WNBA Finals on Sunday in Las Vegas.

Liz Cambage had 23 points and 10 rebounds for the Aces, who have now lost four of five meetings against the Mystics this year between the regular season and playoffs.

Kelsey Plum added 19 points and 10 assists for Las Vegas, which fought back from an 11-point second-quarter deficit to take a brief lead in the third, only to fade late.

The Mystics were swept by Seattle in the 2018 finals. But Meesseman didn't play at all that season, taking a summer hiatus to focus on playing for the Belgian national team, after playing her five previous WNBA seasons in Washington.

In her second time reaching this stage of the postseason, she scored what was a playoff career high of 27 points in the opener before surpassing that Thursday, when her late 3-pointer stretched the Mystics' lead to double digits for good at 98-86.

Washington had already more or less taken control by that point following a 10-0 run during the third quarter.

Meesseman hit a 3-pointer on Cloud's kickout, then fed LaToya Sanders for a layup that resulted in a three-point play. Cloud then found Kristi Toliver for another 3, before Delle Donne hit a free throw to make it 75-64. The Aces got no closer than eight afterward

Aces: Committed six first-quarter turnovers for a second consecutive game. ... Plum started Game 2 after scoring 16 points and playing 31 minutes off the bench in Game 1. ... Cambage picked up a technical foul with 8:06 to play.

Mystics: With five turnovers by halftime, exceeded their total from Game 1. ... Started the same five (Delle Donne, Meesseman, Cloud, Sanders, Ariel Atkins) for a sixth consecutive game. ... Delle Donne's third-quarter miss from the foul line was her first since she made 4 of 5 from the line on Aug. 8. She sank 114 of her 117 free throws (97.4 percent) during the regular season.

After being announced as MVP earlier Thursday, Delle Donne accepted the award from league commissioner Cathy Engelbert at halfcourt prior to tip-off.

In earning the honor for the second time, Delle Donne became the first player in WNBA history to shoot over 50% from the field, over 40% from 3-point territory and over 90% from the free throw line.

The best-of-five series shifts to Las Vegas Sunday for Game 3.