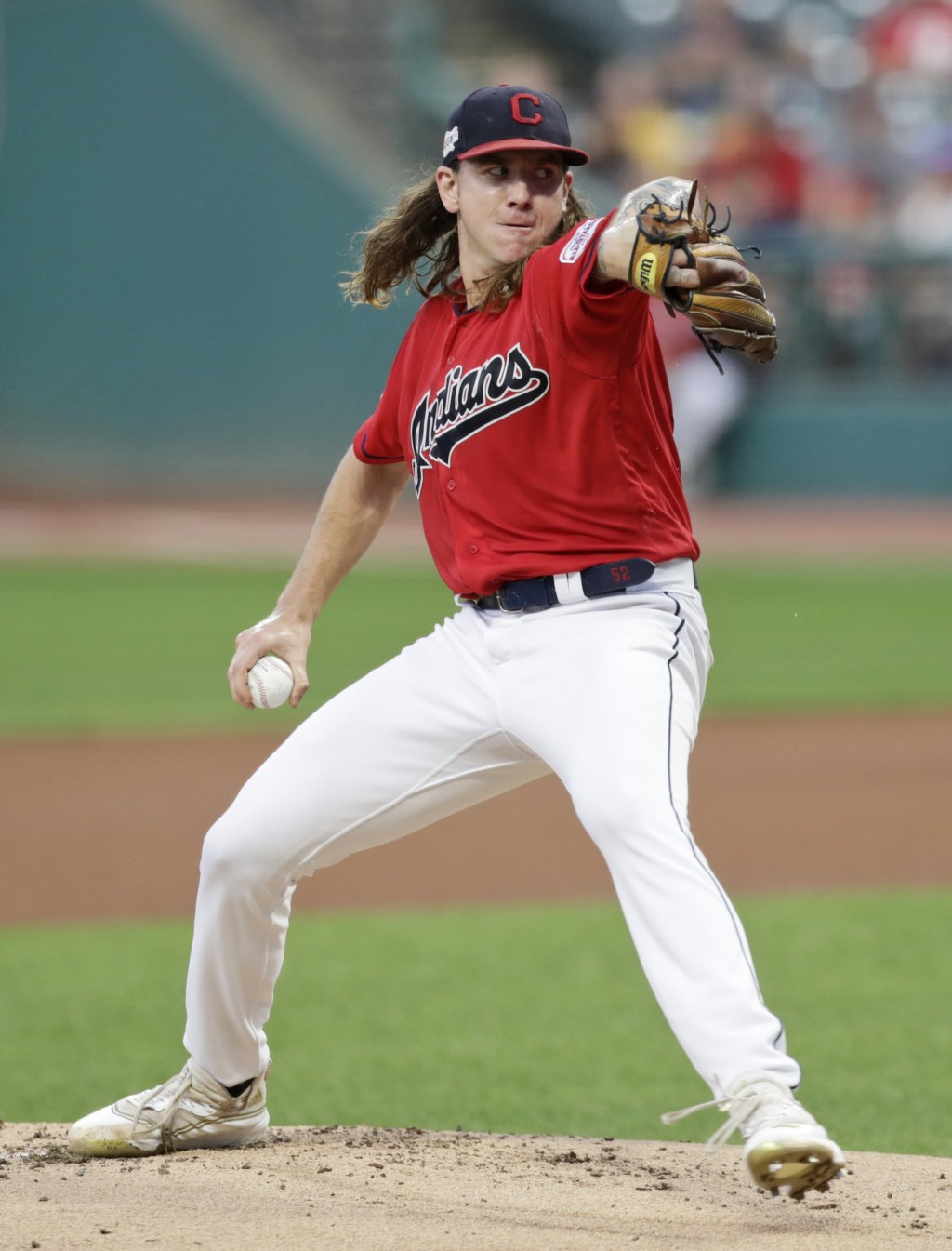 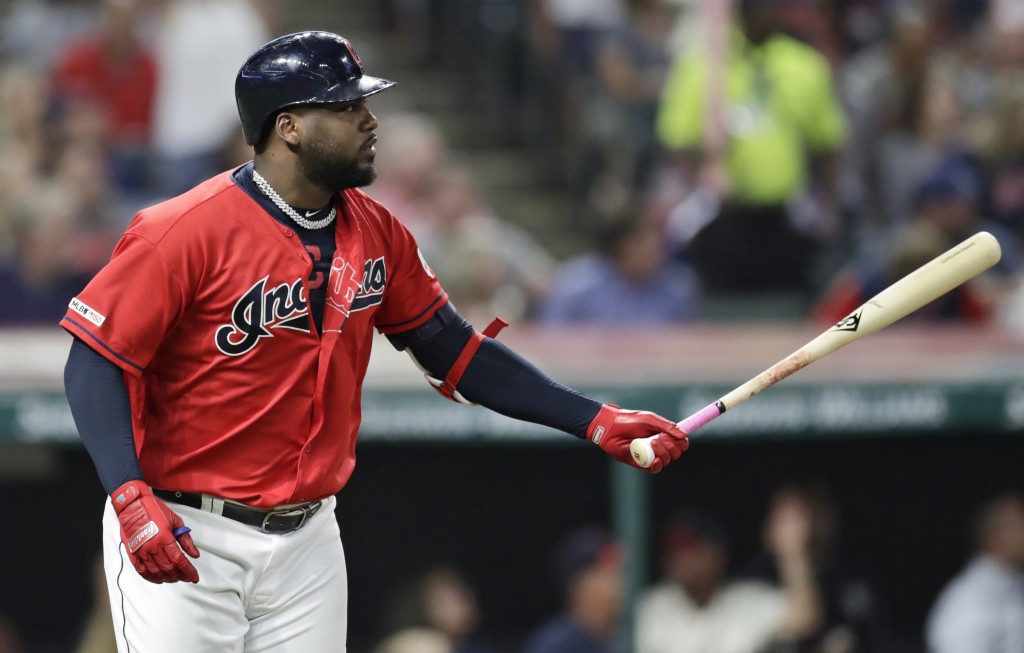 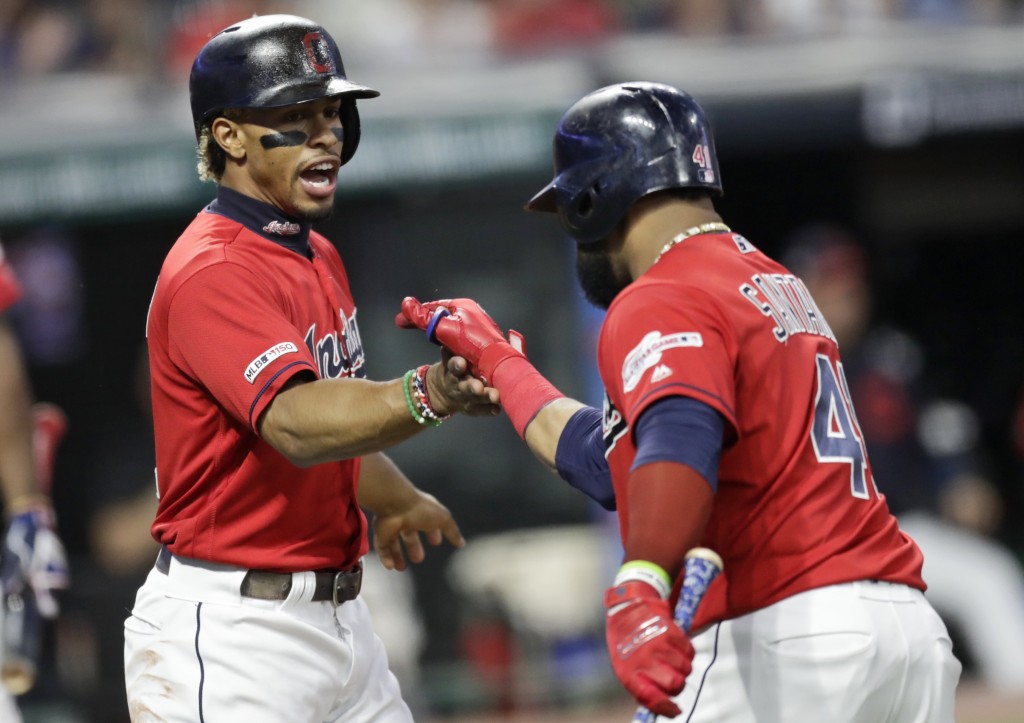 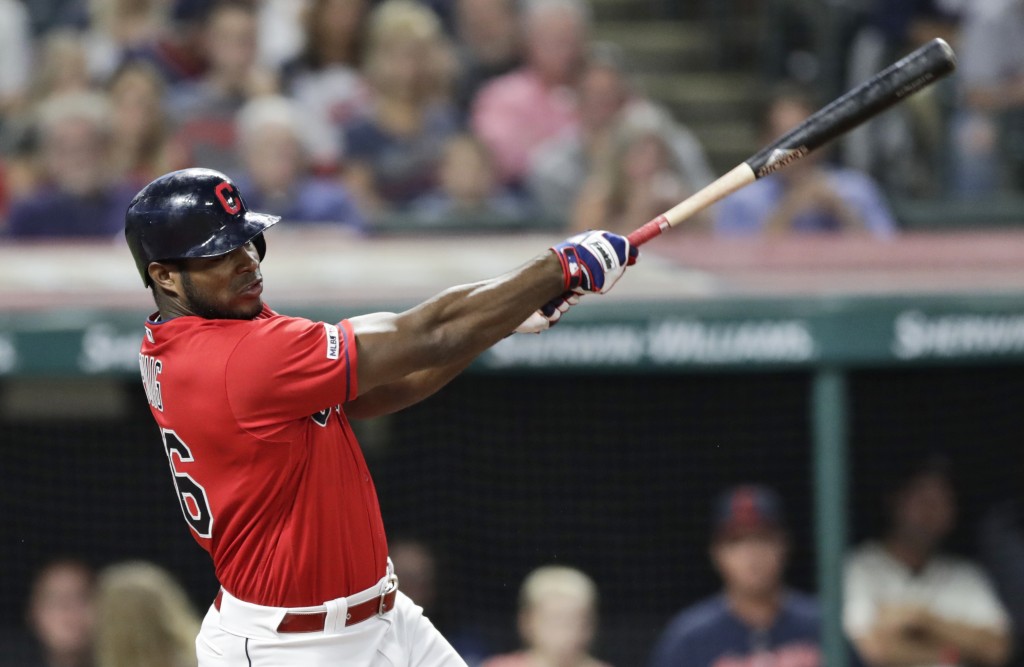 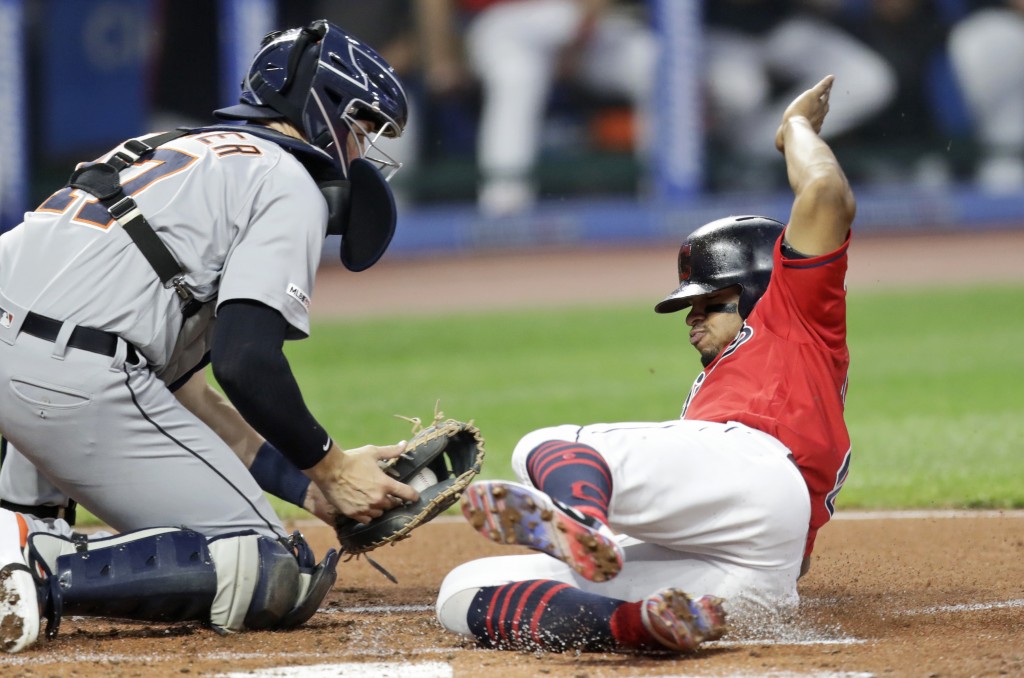 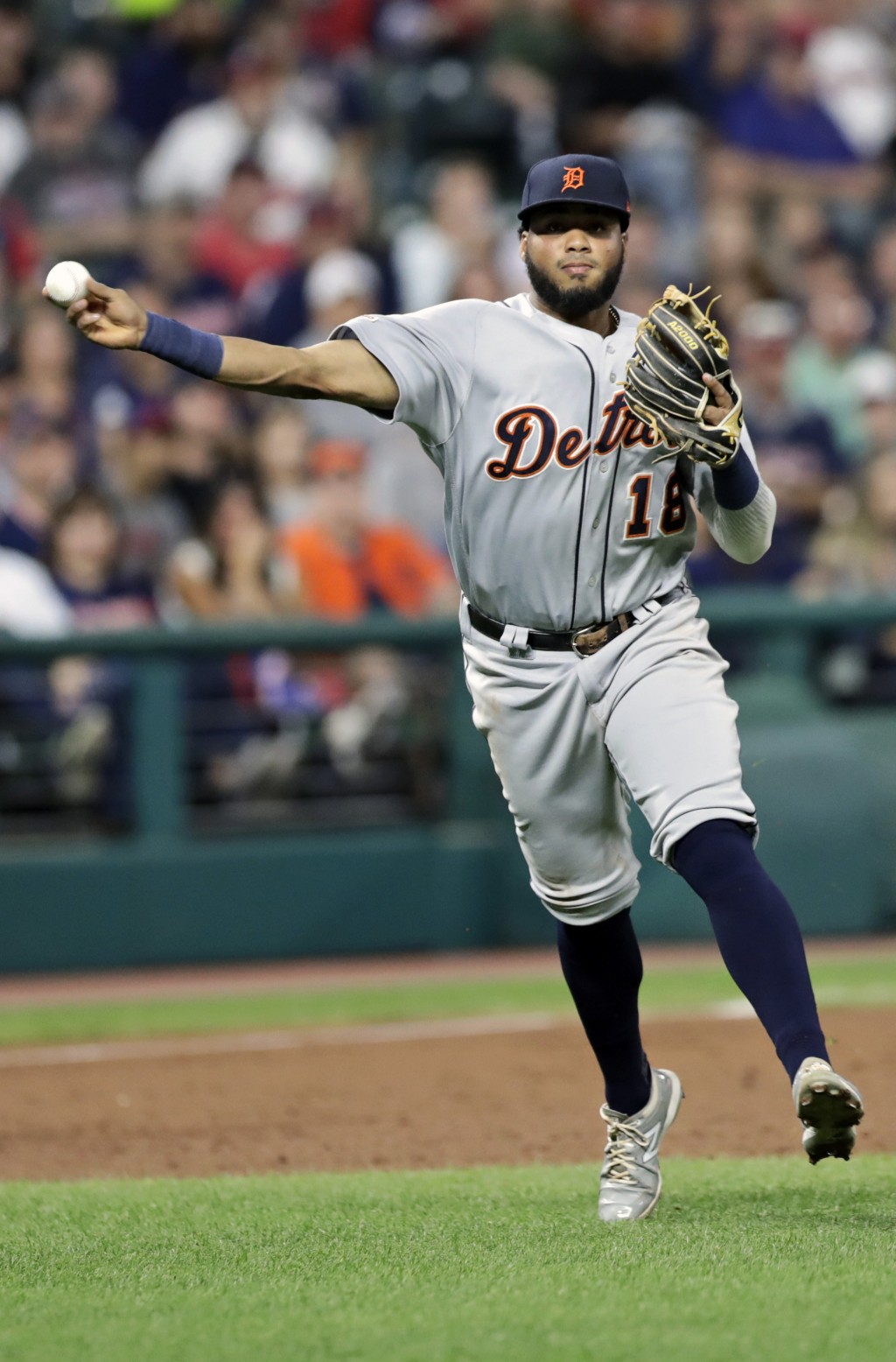 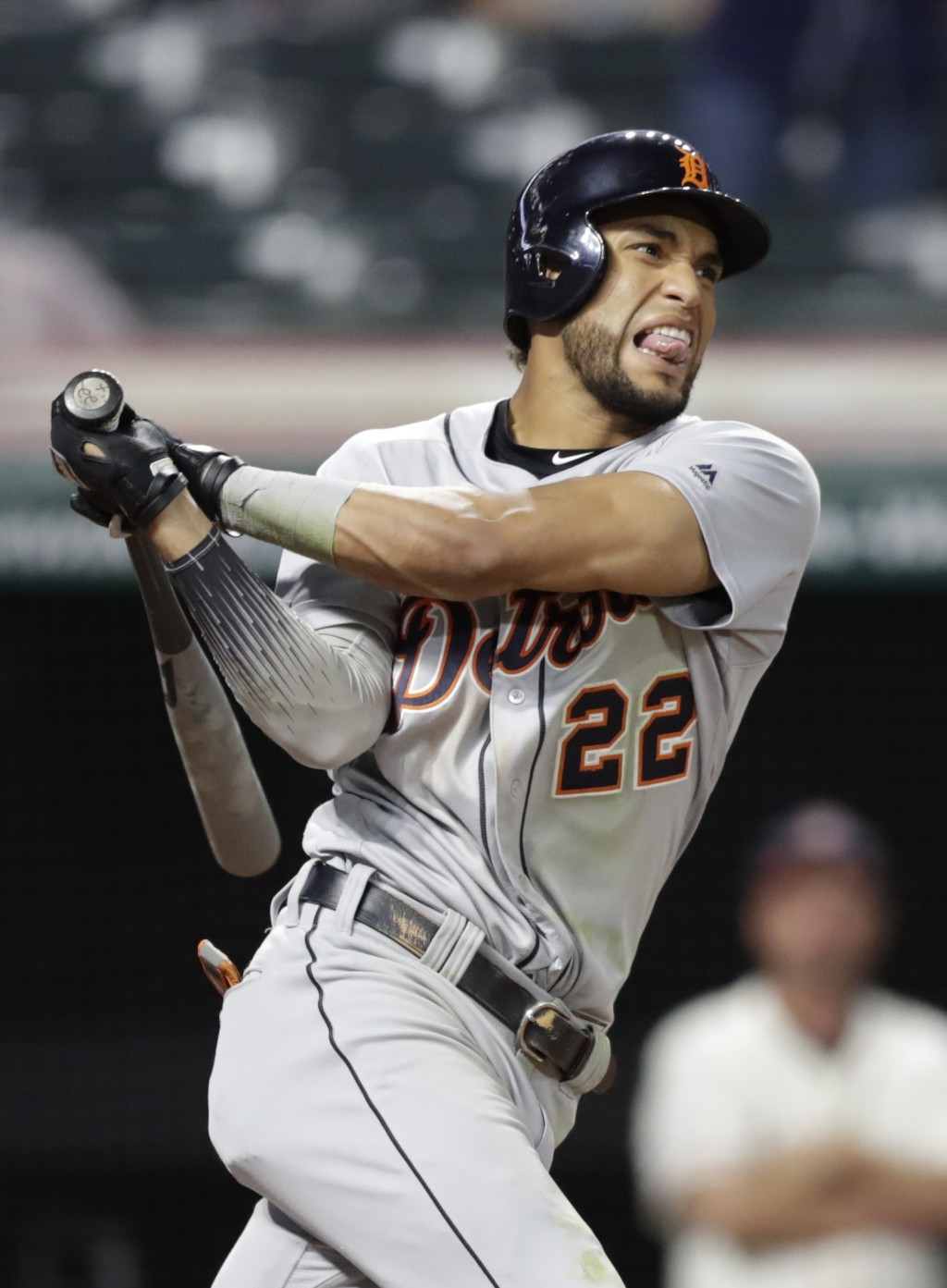 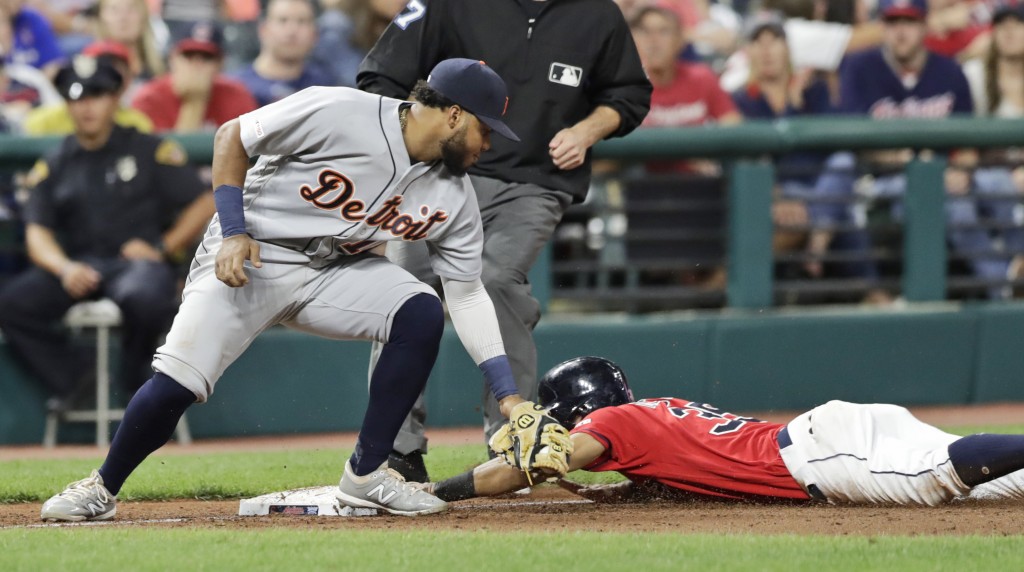 CLEVELAND (AP) — Mike Clevinger pitched six shutdown innings, Franmil Reyes homered in his return to the lineup and the Cleveland Indians moved into a tie for the second AL wild card with a 7-0 win over the Detroit Tigers on Thursday night.

Francisco Lindor added three hits, and Cleveland matched Tampa Bay at 90-63 with the Rays idle. Both teams trail Oakland by two games for the top spot. The Indians trailed Minnesota by four games in the AL Central going into the game.

The Indians defeated the Tigers for the 17th straight time this season to match a franchise record set against Baltimore in 1954. Cleveland won 18 of 19 in the season series and outscored Detroit 116-38

Clevinger (12-3) needed 33 pitches to get through a messy first inning. Harold Castro and Miguel Cabrera singled with one out and Jeimer Candelario drew a two-out walk, but Jordy Mercer flied out on a 3-2 pitch.

Reyes, who missed two games for personal reasons, hit a two-run homer in the fourth off Drew VerHagen. Reyes has 35 homers this season, including eight for the Indians since being acquired from San Diego at the trade deadline.

Yasiel Puig was 9 for 14 in the series and had an RBI double in the fourth. Roberto Pérez drove in two runs with a single in the fifth, and Carlos Santana and Oscar Mercado each had an RBI.

Starter Daniel Norris (3-13) allowed one run in three innings for the Tigers, who have the worst record in baseball at 45-107. Detroit set a record for its longest losing streak against an opponent. The Tigers dropped 16 in a row to Minnesota from 2002-03.

VerHagen entered the game in the fourth, allowing six runs and seven hits in 1 1/3 innings.

The shutout was the 15th by Cleveland this season, and Detroit was blanked for the 14th time.

Tigers: Candelario started for the first time since Monday after being out with bruised right triceps.

Indians: LHP Brad Hand played catch Thursday and will be evaluated by the training staff to determine the next step as he deals with a tired arm. He hasn't pitched in a game since Sept. 8.

Tigers: RHP Jordan Zimmermann (1-11, 6.32 ERA) will start the opener of a three-game series against the Chicago White Sox on Friday night at Comerica Park. RHP Dylan Cease (3-7, 6.18 ERA) will start for Chicago.

Indians: RHP Shane Bieber (14-7, 3.26 ERA) will pitch in the opener of a three-game series against Philadelphia on Friday night. LHP Drew Smyly (4-6, 6.22 ERA) will start for the Phillies, who are in contention for an NL wild card spot.