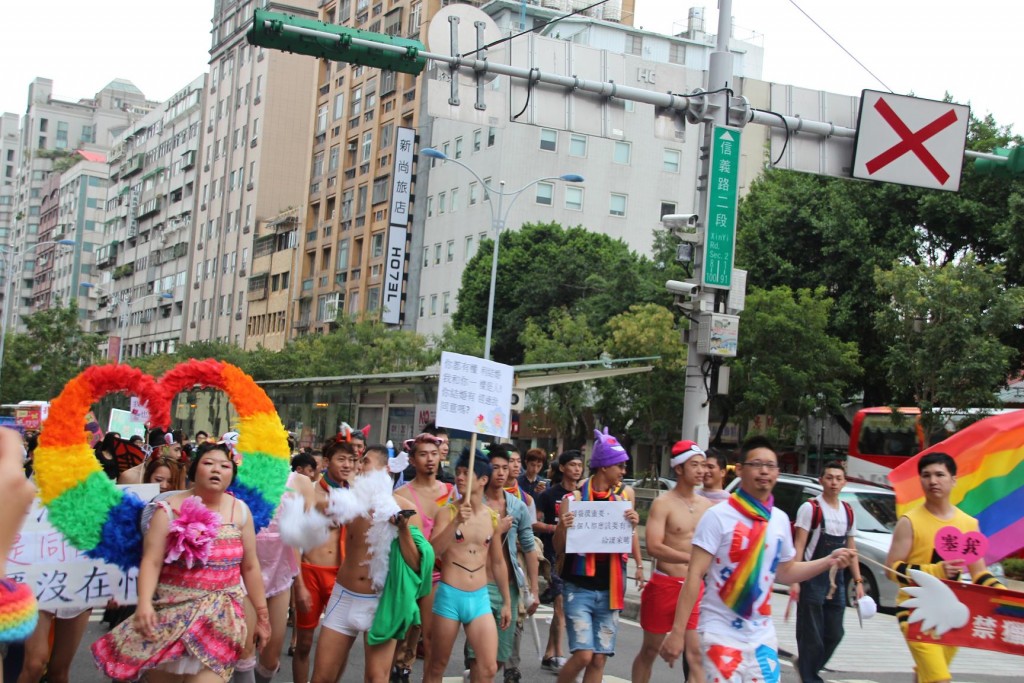 Taiwan's first edition of the annual gay pride parade since it legalized same-sex marriage will be held in Taipei on Oct. 26, the organizer said Thursday.

This year, the route of the parade will be reversed, starting at Taipei City Hall plaza and ending in front of the Presidential Office on Ketagalan Boulevard, according to the Taiwan Tongzhi Hotline Association.

The change has been made to show appreciation for the city government's strong support for the gay rights movement and for same-sex marriage, which was signed into law by President Tsai Ing-wen (蔡英文) on May 24, the association's public relations officer Li Cheng-han (李政翰) told CNA.

At the starting point of the parade, a "Rainbow Market" will be set up, with about 100 stands selling rainbow-themed merchandise, the association said.

When the parade arrives on Ketagalan Boulevard, a "rainbow ambassador" will be invited to address the crowd, Li said.

The association, however, has yet to disclose the name of the speaker.

The event, to be held under the theme "Together, Make Taiwan Better," will be a special one as it will be the first gay pride parade in Taiwan since it became the first country in Asia to legalize same-sex marriage.

In additional to the parade, a series of activities, including lectures, exhibitions and discussion forums, will also be held in Taipei in October as part of the association's Pride Month.