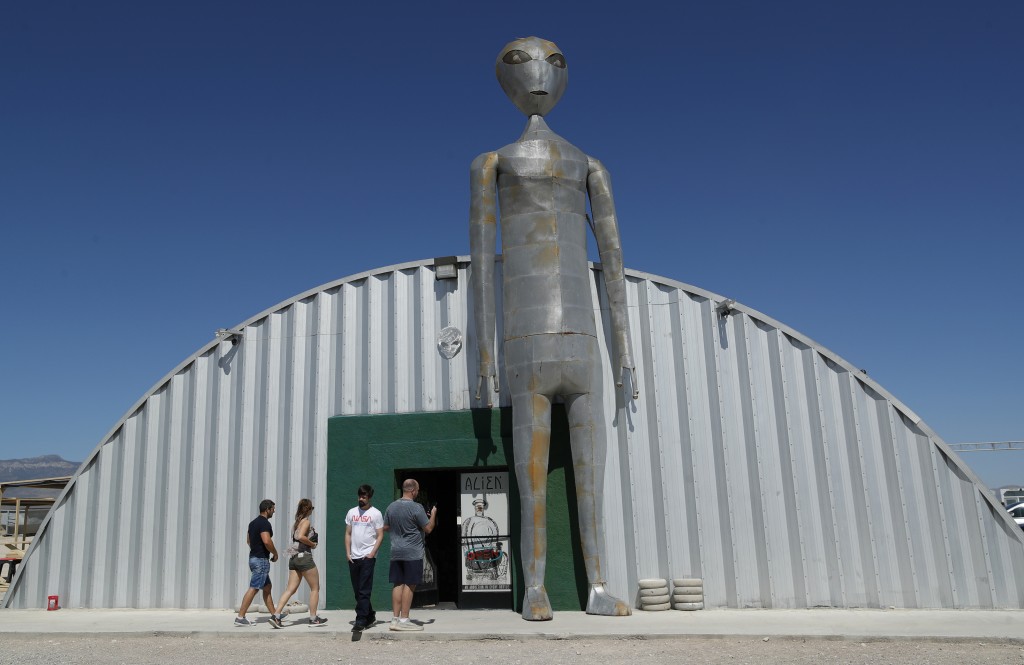 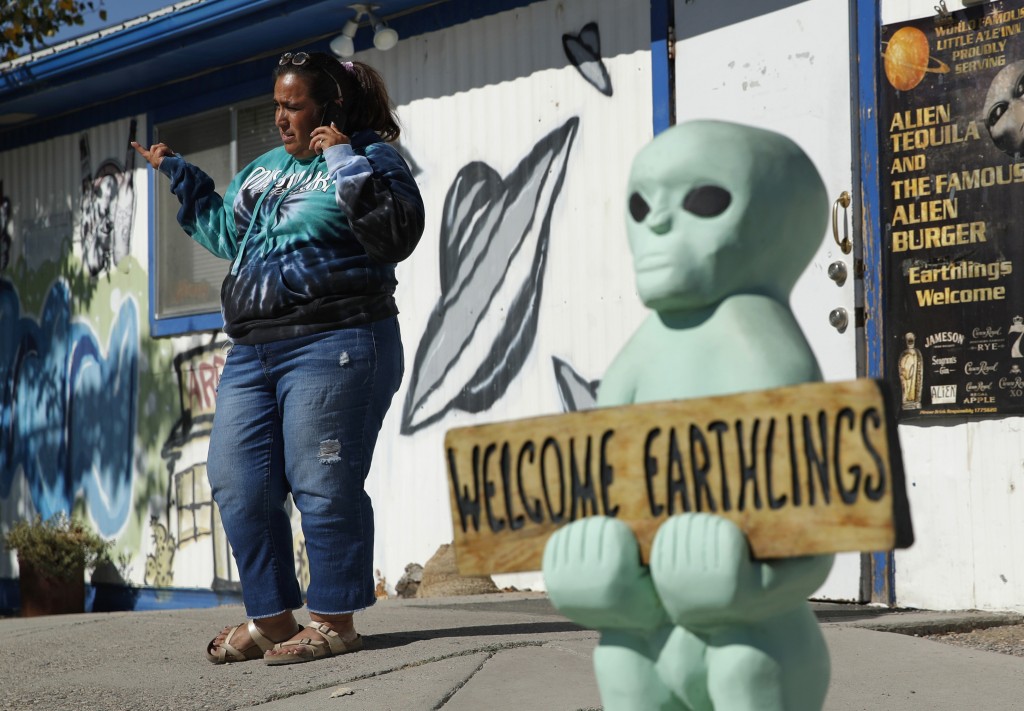 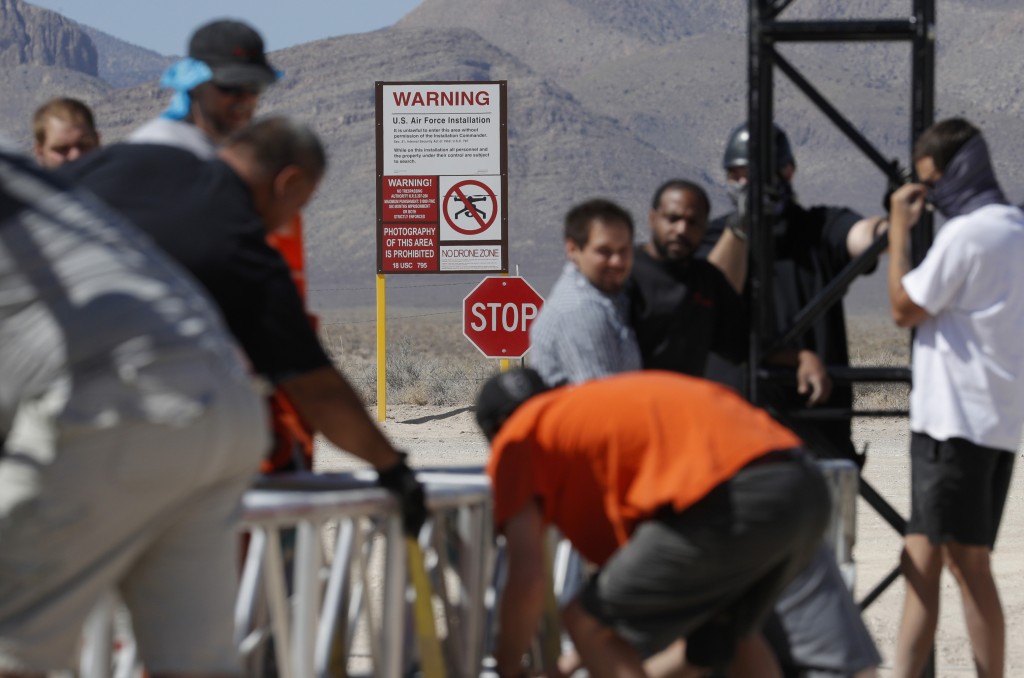 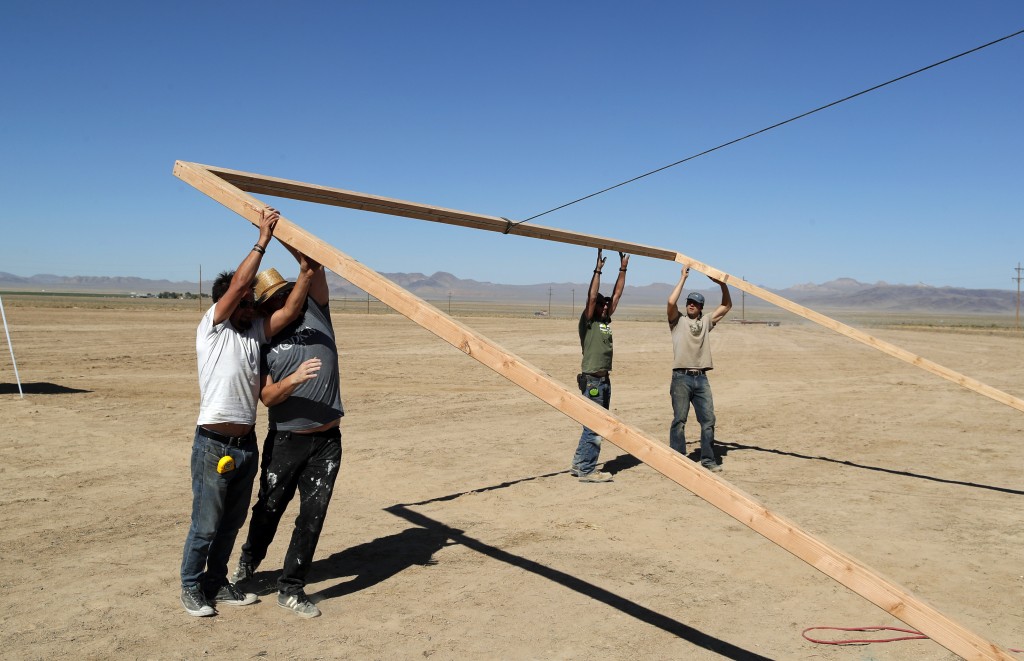 A stage is literally being set for Earthling visitors who are beginning to descend on the Nevada desert for "Storm Area 51" events galvanized by an internet hoax.

Alon Burton and his band Wily Savage wrestled a tarp Thursday over a wooden frame covering a stage near a motel in the tiny town of Rachel. Burton says bands will play until midnight.

Hundreds have arrived in the desert after a Facebook post inviting people to "see them aliens" got widespread attention and gave rise to festivals this week.

Area 51's secrecy has long fueled fascination about UFOs and conspiracy theories. The military has warned people not to approach the protected site.

The motel is booked and camping fees have gone into effect on the property. Several dozen campers in trucks and trailers staked space for free on federal land nearby.

No one knows what to expect, but people are preparing for "Storm Area 51" in the remote Nevada desert.

Visitors descending on the tiny towns of Rachel and Hiko (HI'-koh) near the once-secret military research site are from Earth, not outer space.

Area 51's secrecy fuels fascination about UFOs and conspiracy theories. An internet joke inviting people to "see them aliens" has given rise to festivals this week.

The military has warned people not to approach the protected site.

Neighbors, elected officials and experts say the craze might become a cultural marker, a dud or something in between.

Events include an "Area 51 Basecamp" in Hiko featuring music, speakers and movies and dueling "Alienstock" festivals. One is Thursday through Sunday in Rachel, and another is Thursday in Las Vegas