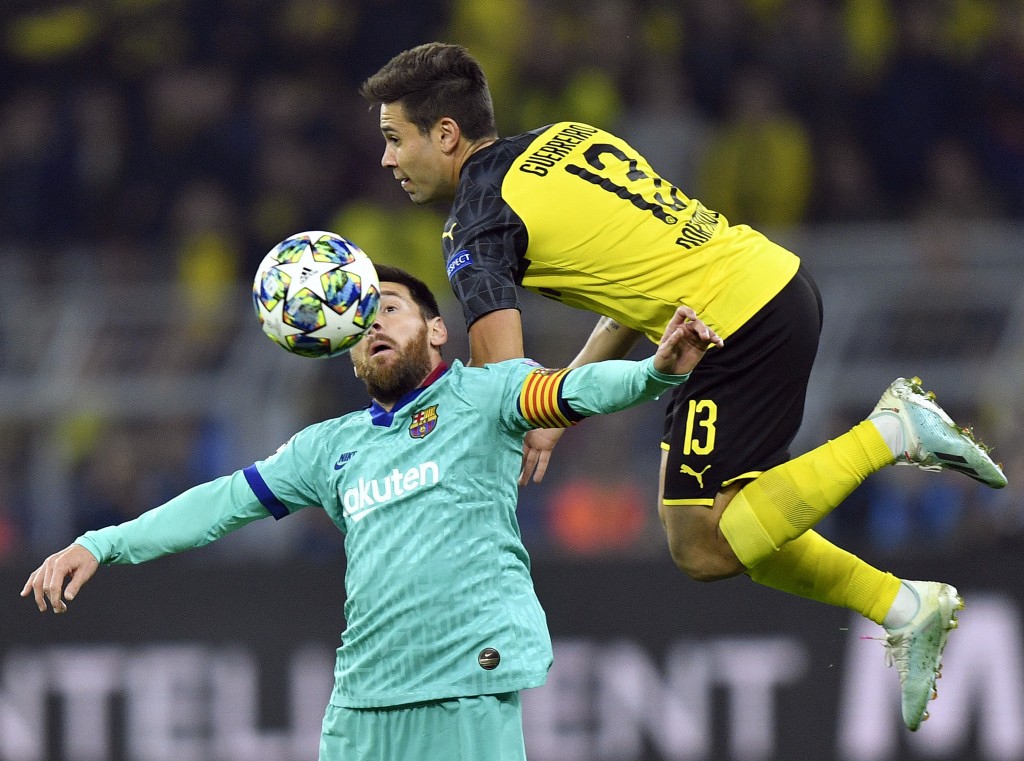 BARCELONA, Spain (AP) — Barcelona says it will become the first sports team in the world to surpass 1 billion euros ($1.15 billion) in revenue this season.

The Spanish club made the announcement on Thursday while presenting revenue of 990 million euros ($1.09 billion) for last season, also a record an 8% increase from the previous year.

It says the 1-billion-euro mark will be achieved a year earlier than projected.

Barcelona says its profits after taxes will reach 11 million euros ($12.1 million) this season, the ninth consecutive year with a positive result.

The club's revenues are expected to increase by 6% this season thanks in part to "an unprecedented commercial effort in sponsorship."

It says "forecasts indicate an increase of 9% in income for player transfers and loan, which consolidates this resource as a recurring source of income at both the club and in the football industry itself."