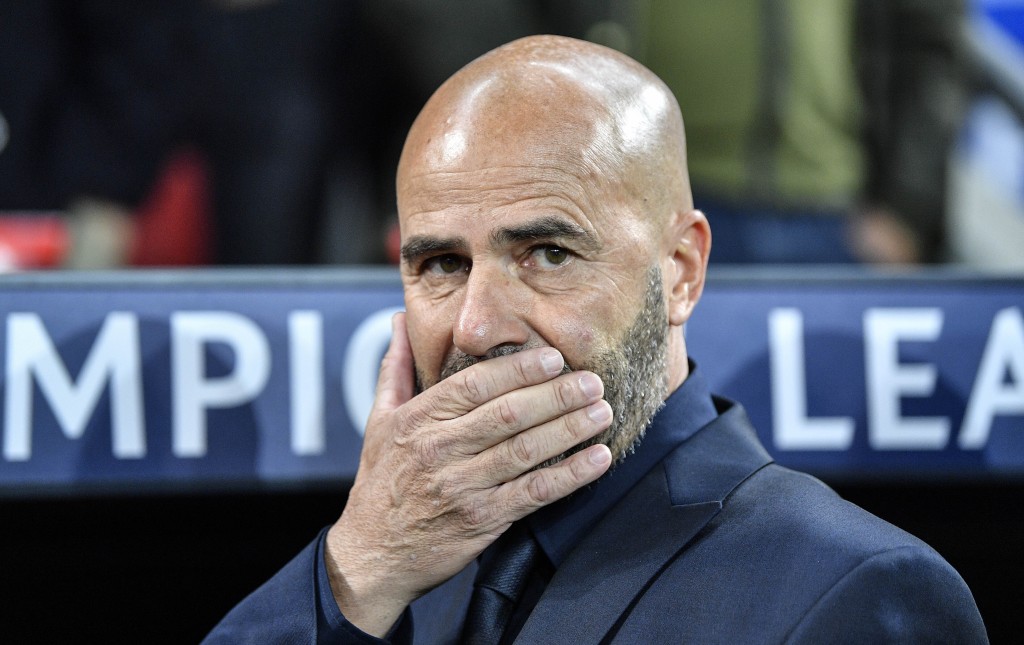 Leverkusen slumped to an unexpected 2-1 loss at home to Lokomotiv Moscow in its Champions League group opener on Wednesday, days after conceding four goals in a chastening defeat at Borussia Dortmund in the Bundesliga.

"That wasn't the Leverkusen that people know," coach Bosz said of the latest setback.

A wayward pass from goalkeeper Lukas Hradecky gave Dmitry Barinov an empty net to aim for from 25 meters (yards). The Lokomotiv midfielder gratefully scored what proved to be the winner.

Another botched pass from Jonathan Tah presented the Russian team with a great counterattacking opportunity, while a bad throw-in from Wendell led to Leverkusen forward Leon Bailey providing an assist for João Mário's opening goal for Lokomotiv.

"It's hard to win with such mistakes," Bosz said.

"There is a game with a ball and there is (a game) without it. Today we played without a ball and won," Lokomotiv coach Yuri Semin said.

Semin identified Leverkusen's weak spots and set his side up perfectly to take avantage, offering other rivals a chance to do the same.

"We knew how we had to play. It was no accident. We won because we played with discipline," Semin said.

The frustrated Tah became involved in a brief dispute with a fan after the game.

"I didn't hear exactly what he said. I just heard complaining and I answered," Tah said.

Leverkusen's chances of emerging from a group also containing Atlético Madrid and Juventus took a big blow. Even qualification for the Europa League as the third-place finisher in Group D looks in danger now.

"Now we have to get points where no one expected us to," Bosz said.

Leverkusen had started the season by scoring 10 goals in games, including a 4-1 win at Alemannia Aachen in the German Cup, but Hoffenheim ended the winning run with a goalless draw in Leverkusen.

Union Berlin, which beat Dortmund 3-1, is another compact defensively minded side that will seek to take advantage in their Bundesliga game in Leverkusen on Saturday.

"I saw the game against Dortmund as quite even. I didn't find it as clear as 0-4," Union coach Urs Fischer said Thursday. "They also had their chances yesterday. But they made some errors for the goals conceded."

Bosz was supposed to build on last season's fourth-place finish in his first full season at Leverkusen, but there's a danger of history repeating itself for the former Ajax coach. He was fired by former side Dortmund in December 2017 after a brilliant start turned into an eight-game winless run in the Bundesliga.

"We have to keep going again," Bosz said. "That's what I try to do on the sideline, to put the disappointment aside. I have to see what we must do, what we can do."