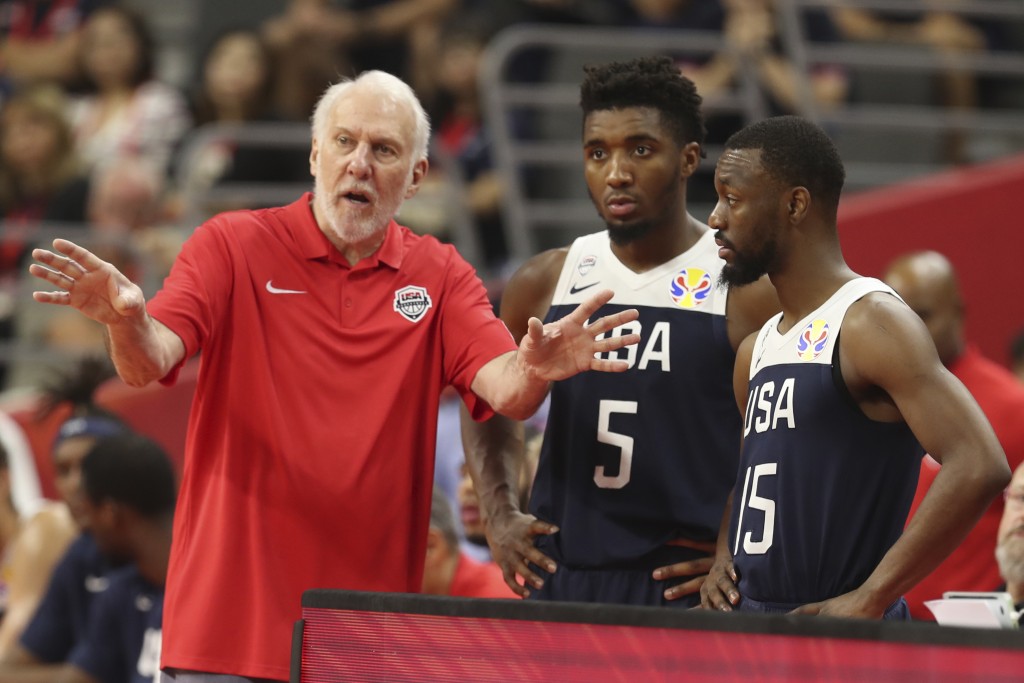 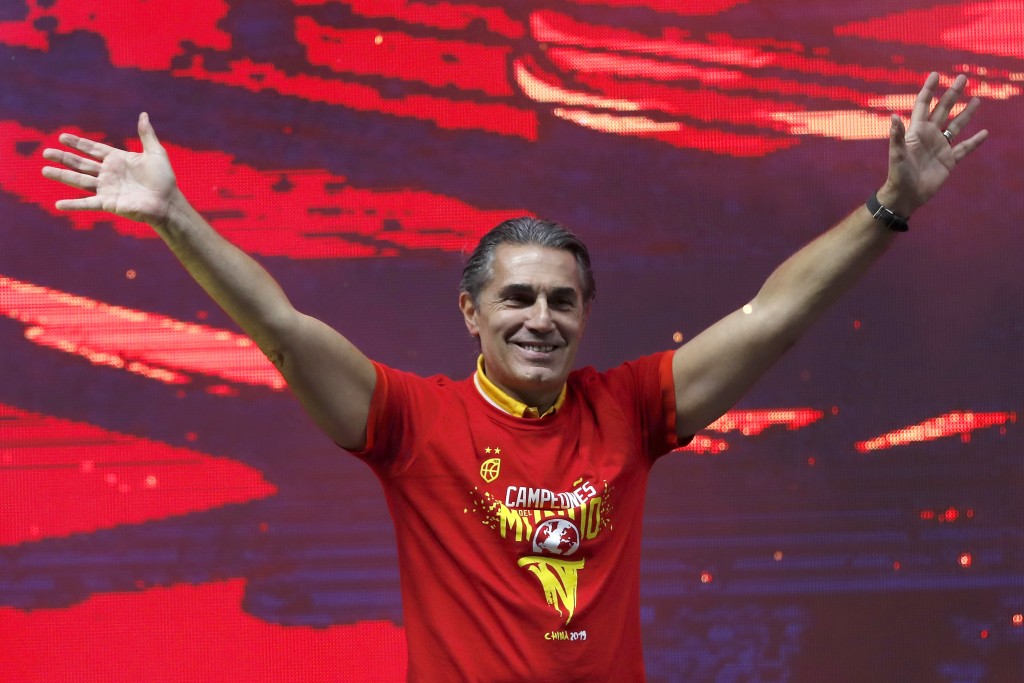 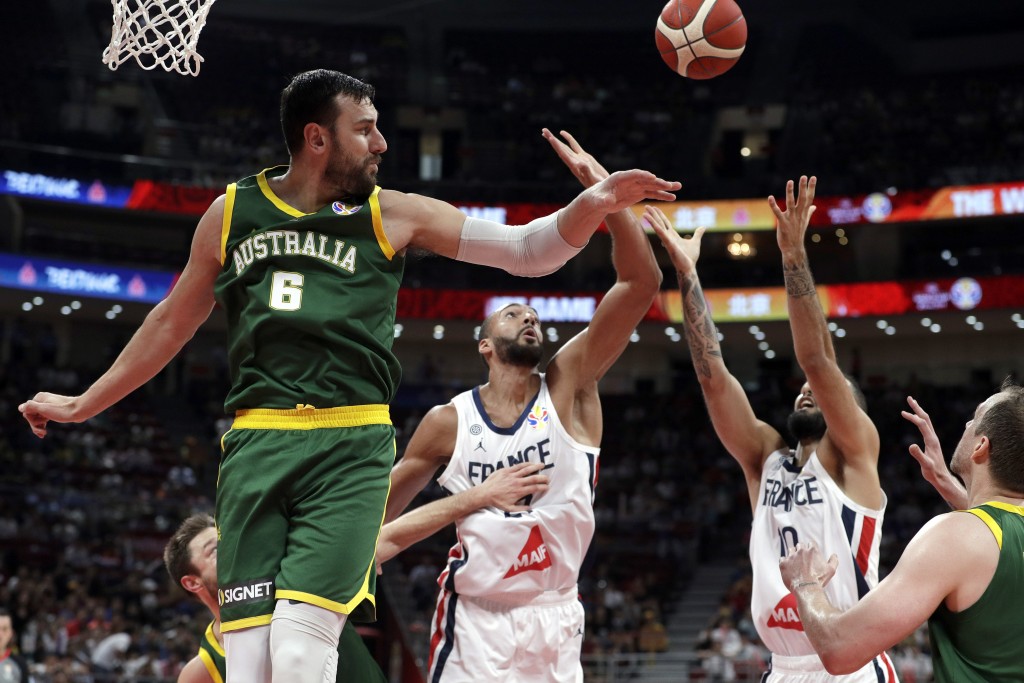 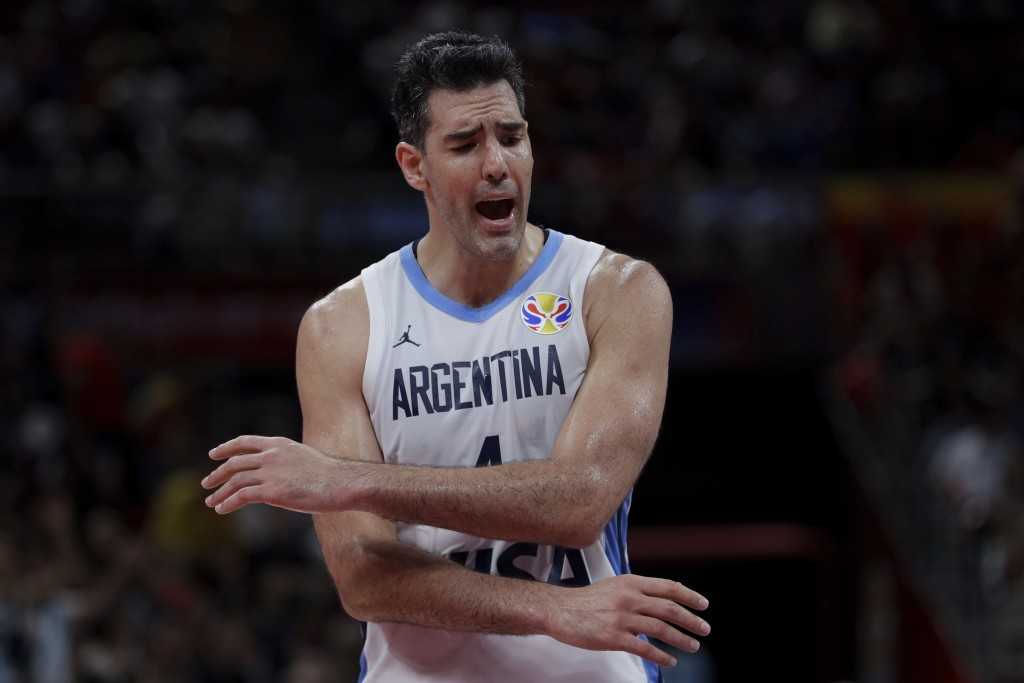 USA Basketball has kept its No. 1 spot in the FIBA world men's rankings, even after a disappointing seventh-place showing in the World Cup that ended earlier this week.

It's now nine-years-and-counting in the top spot for the U.S., which has held the No. 1 ranking since winning the 2010 world championship. World Cup champion Spain stayed No. 2, Australia leaped eight spots to No. 3, World Cup finalist Argentina rose one spot to No. 4 and World Cup bronze-medalist France fell two slots to No. 5.

FIBA's rankings take results from the most recent eight years into account — which means the U.S. is still reaping point benefits from the 2012 and 2016 Olympic gold medals and the 2014 World Cup title.

"In this day and age, basketball in other countries is not a secret," U.S. coach Gregg Popovich said after the Americans completed their run in the World Cup. "So it's not like there's an epiphany or a revelation to be made. There's wonderful teams and wonderful coaches all over the world. You go compete and the best teams win."

It's now expected that the U.S. will retain the No. 1 ranking going into the 2020 Tokyo Olympics. Several top NBA players, including Stephen Curry, Draymond Green and Damian Lillard have said in recent days that they intend to play for the U.S. in Tokyo, where the Americans will try to win a fourth consecutive gold medal.

Most top U.S. players declined to be part of the World Cup team.

"I'm expecting them to be so strong next year," Spain coach Sergio Scariolo said.

The new rankings confirmed that European champion Slovenia, which didn't earn a spot in the World Cup field as a casualty of FIBA's new system that makes it virtually impossible for top professionals to take part in qualifying, will still have a chance to compete in the Olympics — as will seven other teams that found out they're headed to playoffs next year.

Japan is automatically qualified for the 12-team Olympic tournament as the host country. The U.S., Spain, France, Argentina, Australia, Iran and Nigeria clinched Olympic spots at the World Cup by finishing as the best teams in their respective FIBA regions — the Americas, Africa, Europe, Asia and Oceania.

That leaves four Olympic berths unclaimed, and 24 teams to compete for them in playoffs next year. There will be four six-team tournaments held from June 23-28, 2020 — winner-take-all, all in this case meaning an Olympic berth.

FIBA has four sets of rankings — for men, women, boys and girls. The U.S. holds the No. 1 spot in all four of those rankings, though the race is tightest among the men.