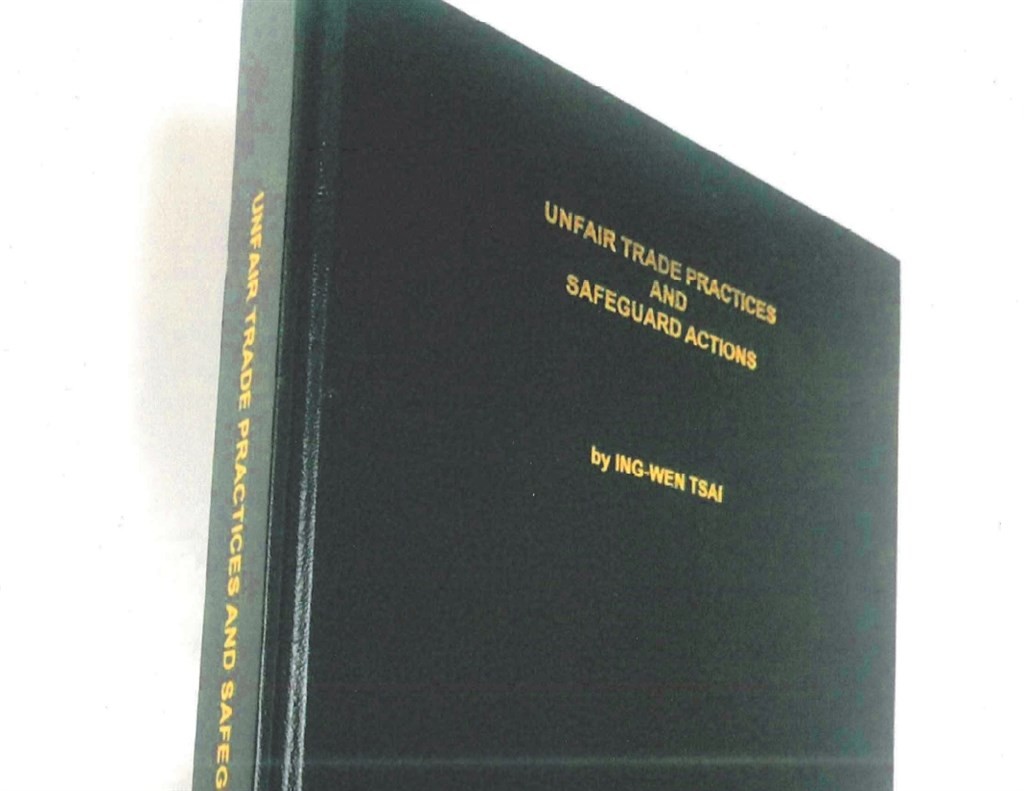 TAIPEI (Taiwan News) — As doubters continue to come out of the woodwork demanding proof of President Tsai Ing-wen's (蔡英文) London School of Economics and Political Science (LSE) Ph.D. dissertation, a University of Oxford scholar has published a response paper based on a hard copy of the work.

In response to the controversy, Hsu Yung-tai (徐永泰), a University of Oxford professor who holds a masters in modern history and Ph.D. in economic history from the esteemed university, got access to a hard copy of the dissertation and published a reaction essay to it in the World Journal on Wednesday (Sept. 18). In the rambling response paper, he describes his experience with the work in the LSE library and then gives a general impression about each section and an overall presentation of the document.

Hsu pointed out that Tsai's dissertation has not been available in the school's library since it was first published in 1983 until June of this year. The dissertation cannot be checked out, but it can be viewed in the LSE Women's Library Reading Room with certain restrictions, such as no photography of the pages or quoting of their contents and frequent monitoring by a librarian.

The Oxford scholar said that he accessed a copy of the dissertation at 1:50 p.m. in the afternoon on Mid-Autumn Festival (Sept. 13), after going through a number of bureaucratic hurdles, and finished poring over it by 4 p.m. The dissertation was bound in a hard, black cover and presciently titled in embossed gold lettering, "Unfair Trade Practices and Safeguarding Actions," with the author listed as Ing-wen Tsai.

As the terms of viewing the document dictated that he could not provide direct quotes from the content, he could only report on its structure in general terms. Hsu cited the LSE website as stating that the volume is a personal copy provided by Tsai Ing-wen in June 2019. Hsu said that there was no signature or date of receipt by the examiners on the first page or elsewhere in the document. When he asked the librarians why copies of the dissertation had not been available over the past 35 years, he said they did not provide an explanation.

According to Hsu, the paper is divided into three parts: Part One: Current State of Economy; Part Two: Legal Analysis of Those Issues Mentioned Above; and Part Three: Laws of Countervailing Duties. Each section varies in length from two to five chapters, and including Acknowledgments, Abstract, Introduction, and Bibliography, the dissertation contained a total of 391 pages.

In the Acknowledgments section of the work, Tsai expresses her thanks to her mentor M.J. Elliott for her guidance and two other professors at the university who could not be named for legal reasons. She also expresses gratitude to a "Ms. S" for helping her print the paper with her amazing "typing ability."

Significantly, Hsu claimed that pages 5,6,7,8, and 9 were missing without explanation. He said that the librarian was unable to explain the discrepancy but that other scholars had previously observed that those pages were missing as well.

Hsu said that there were many handwritten changes visible in the book. For example, "Regime" was changed to "Regimes" and "Infrigements" was altered to read "Infringements" in the introduction. The Oxford scholar also noticed a preponderance of words that used American English spelling. For example, on page 299 he noticed the word "analyze" rather than the British "analyse," and she wrote the American "subsidize" instead of the British "subsidise" on page 358.

Hsu observed that there was a conclusion at the end of each chapter, but there was no summary at the end of the entire paper. Hsu said that a doctoral dissertation should have a general argument.

In the case of Tsai's work, every chapter had a conclusion, but there was no "consistent general conclusion" for the entire document. He said that it read more like a series of independent short essays, with several pieces strung together to form larger sections, rather than a comprehensive, coherent work.

Hsu complained that the citations for each chapter were not placed in the page itself but marked with an asterisk plus a number. He said the source of each citation had to be searched for at the end of each chapter and that some authors and books mentioned did not appear in the bibliography.

In addition, he reported that there was no clear index and said it was very time-consuming to repeatedly flip back and forth between citations and their locations. He conceded that editing, spell checking, and citing content is far easier with the advent of modern word processing software, which was only in its infancy at the time Tsai typed out her nearly 400-page work.