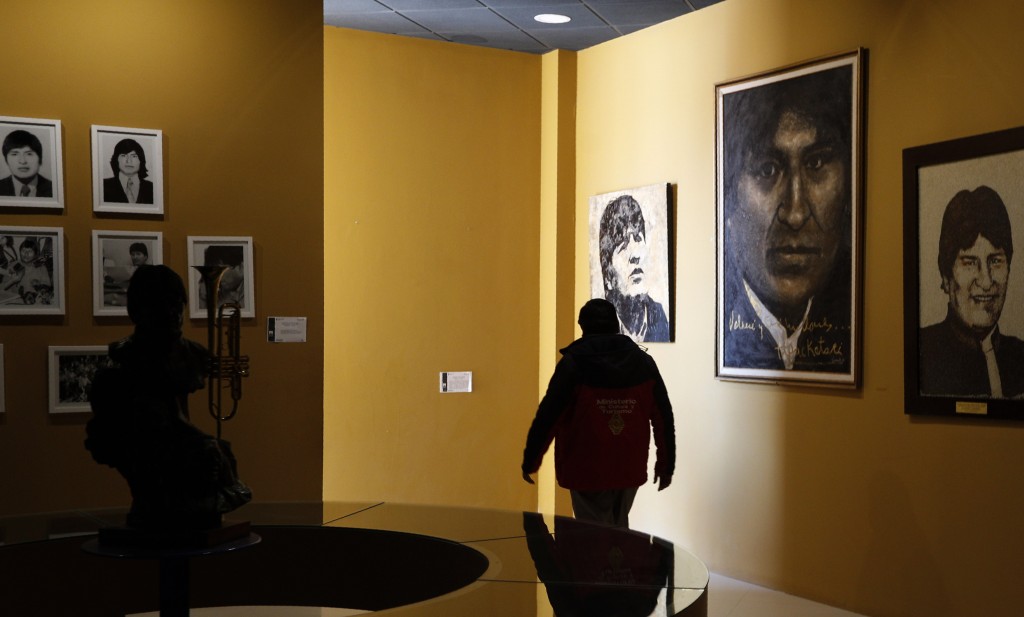 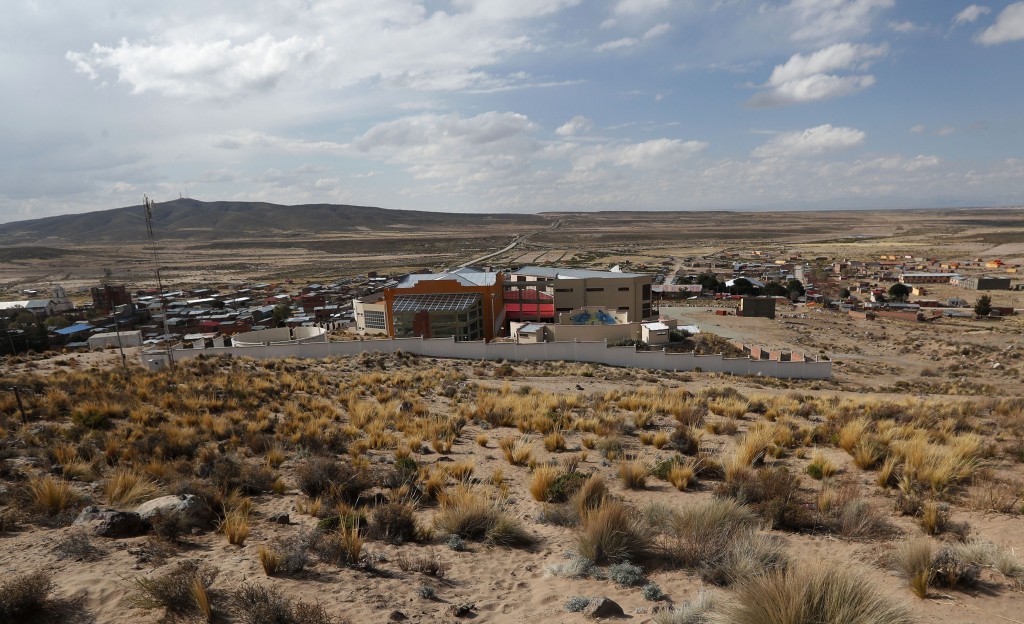 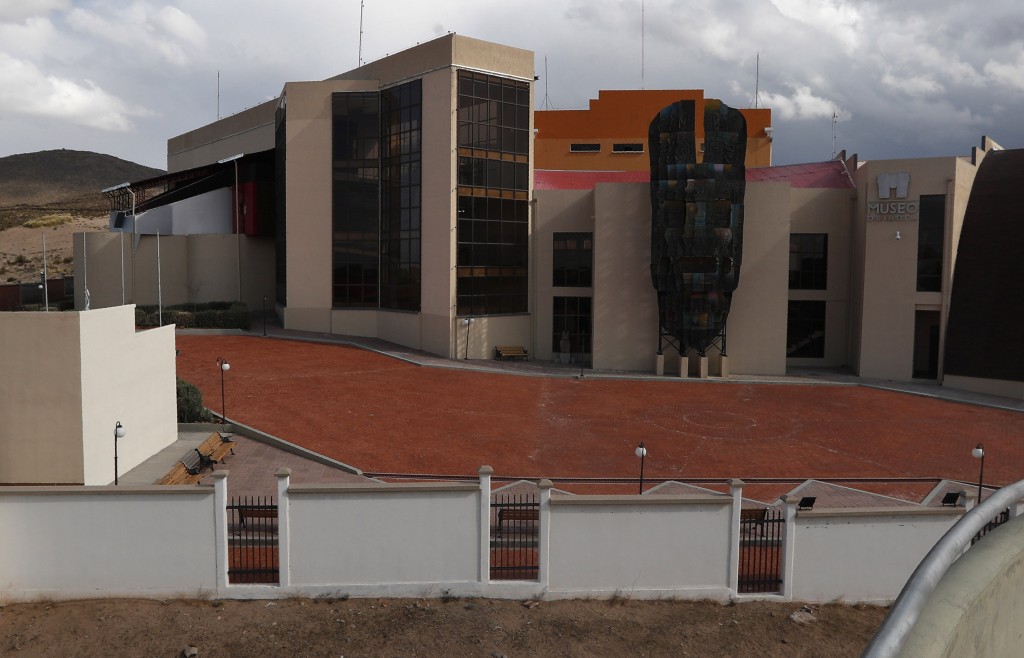 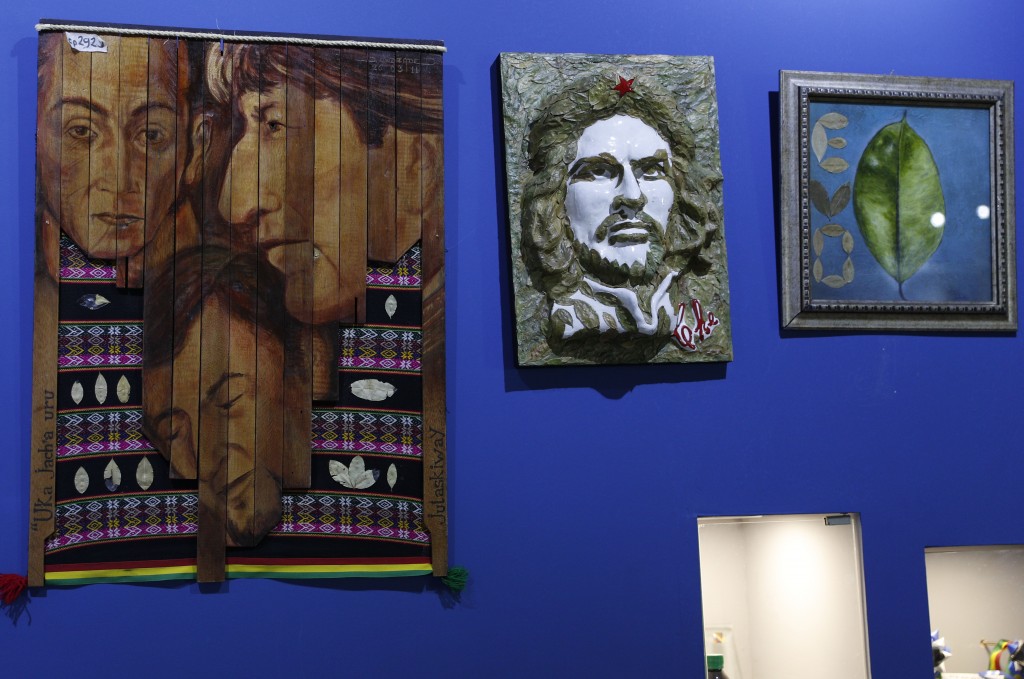 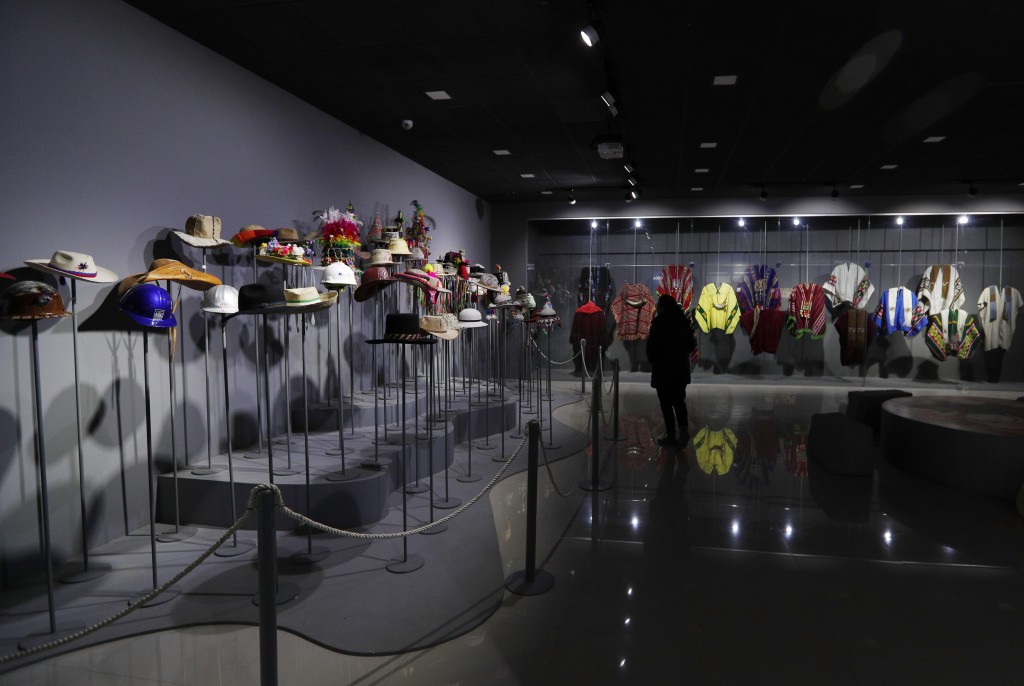 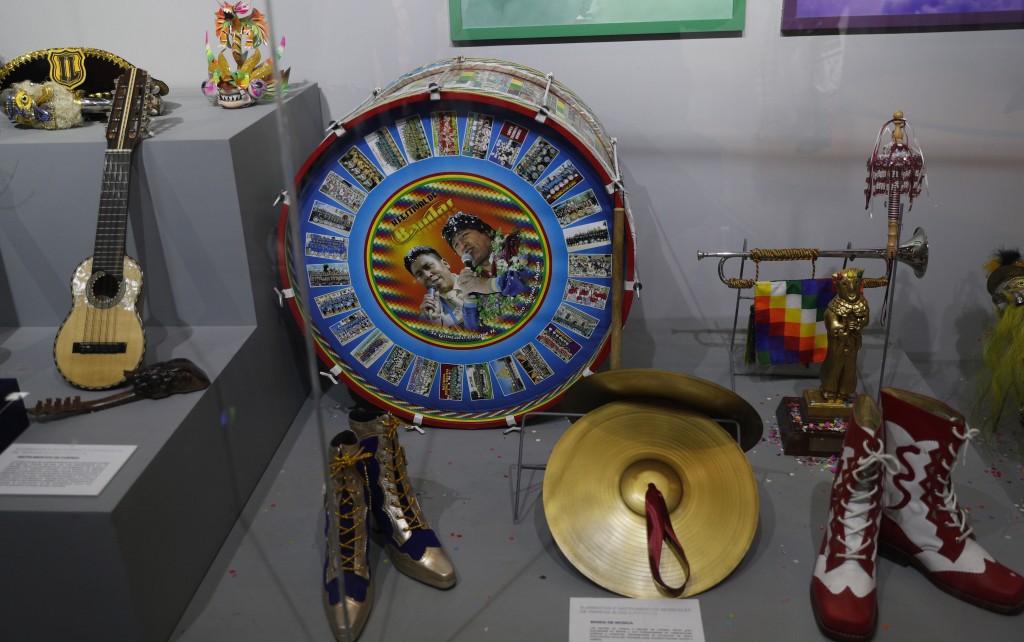 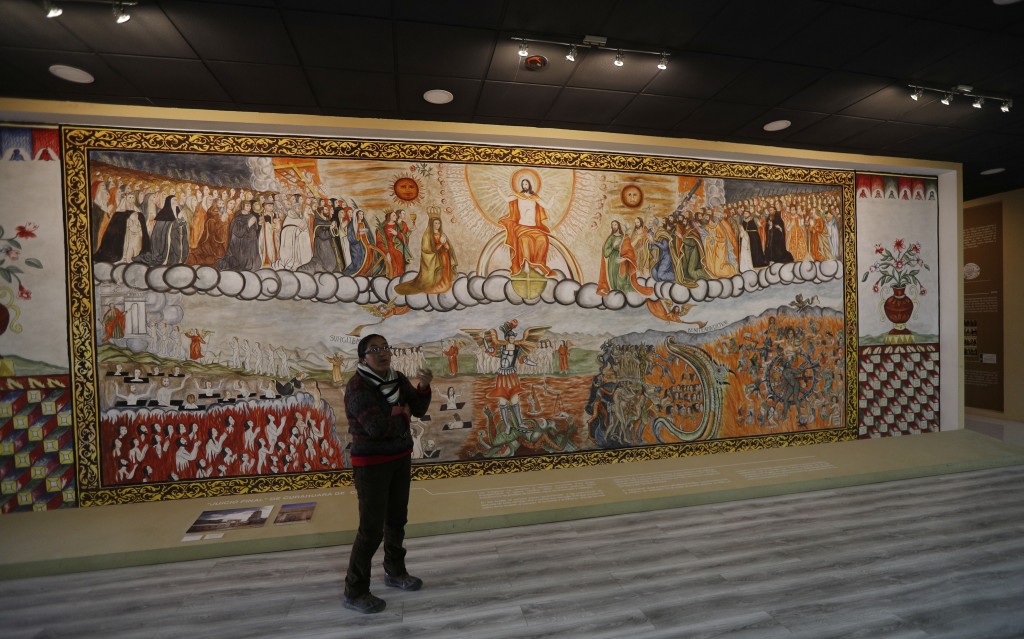 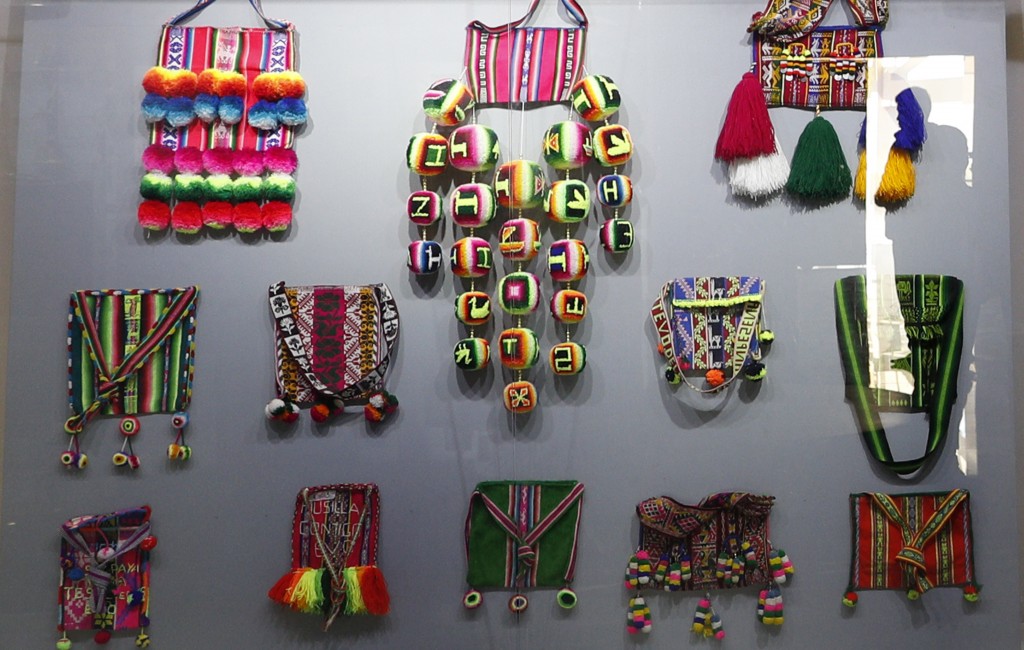 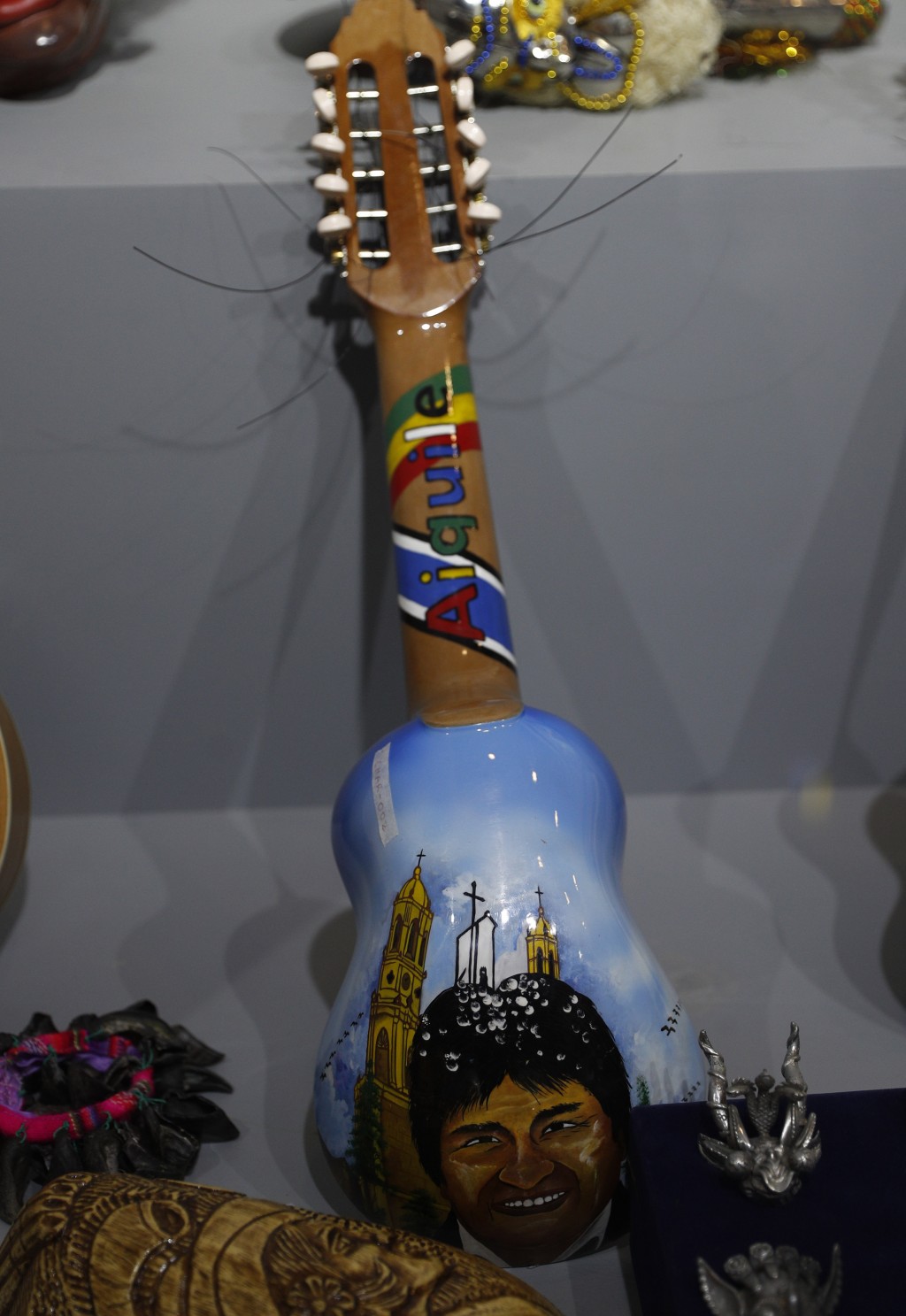 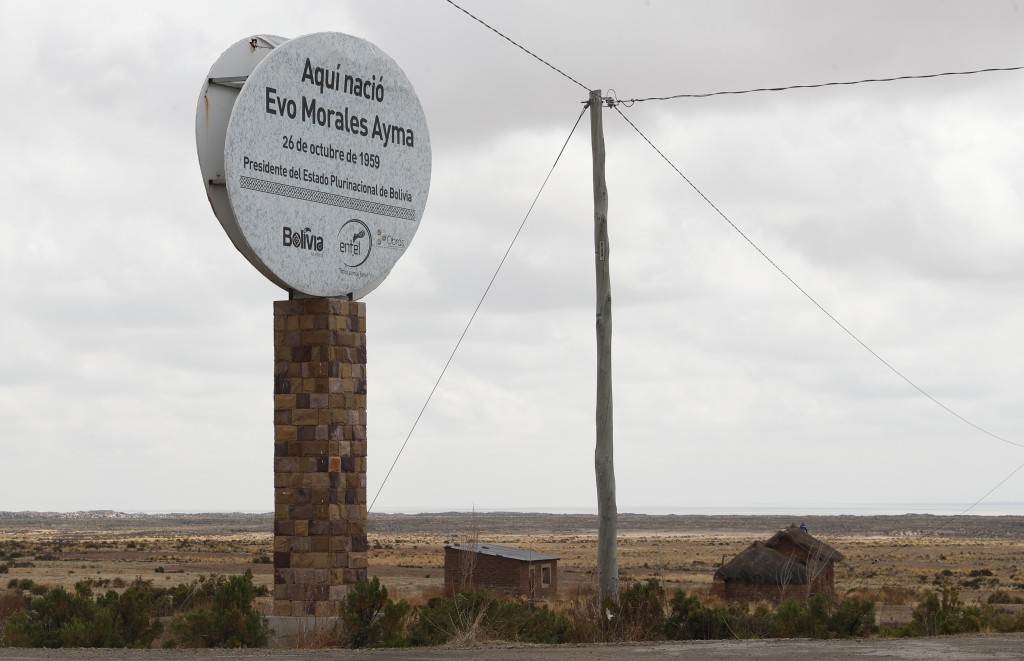 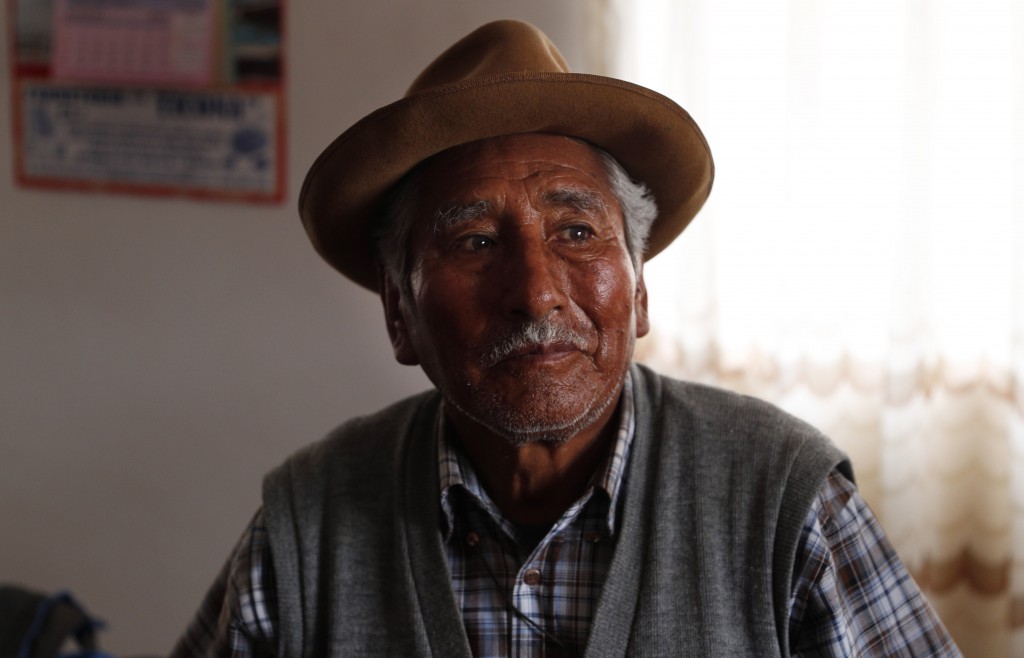 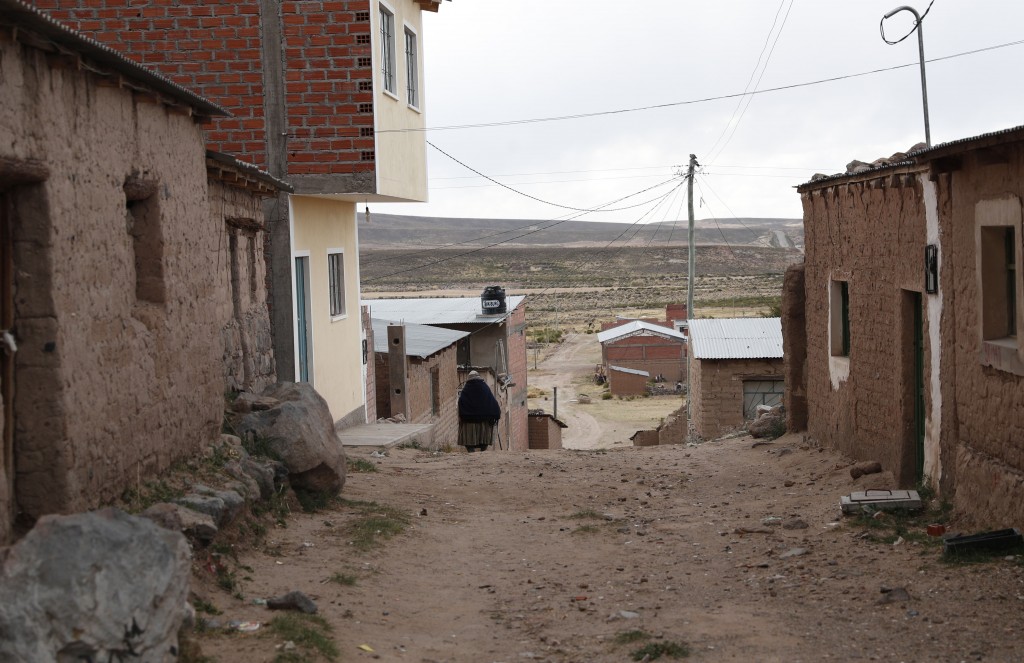 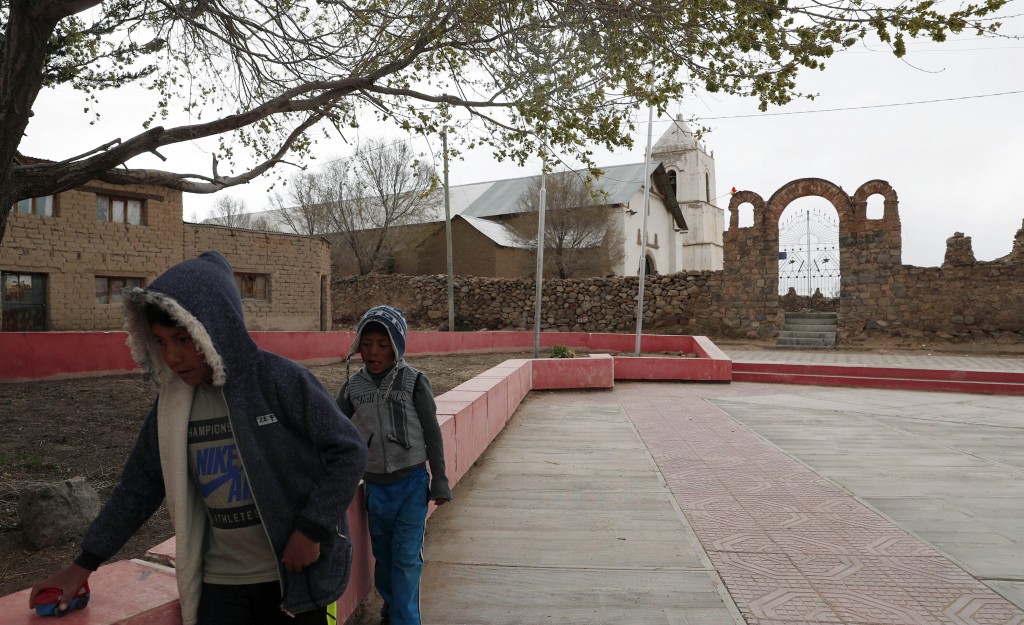 ORINOCA, Bolivia (AP) — From the air, it stands like a concrete fortress amid the humble adobe and brick homes in the remote town of Orinoca high up in the desert of the Bolivian altiplano.

It's one of the biggest museums in this Andean country and it was built by President Evo Morales in his birthplace to honor the country's indigenous peoples.

But the $7 million museum has stirred controversy because it is dedicated to Morales, the country's first indigenous president, and it has a whole floor that pays homage to him and his gifts from international soccer players and dignitaries.

Rising in politics after leading a coca growers' union, Morales became president in January 2006. In his more than 13 years in office, poverty has dropped steadily in South America's poorest country. But he has lost support following allegations about manipulation of the justice system, his insistence on running for yet another term and corruption scandals.

The 59-year-old son of Aymara Indian shepherds is seeking his third consecutive re-election next month. Polls point to a competitive race in the Oct. 20 vote, which would go to a second round if no candidate wins an outright majority.

Regardless of the outcome, Morales' Museum of the Democratic and Cultural Revolution of Orinoca seeks to pay tribute to his image beyond his days in power.

"We're great warriors and this museum is the patrimony of those who fought for the liberation of our peoples," Morales said when the museum opened in 2017.

Critics disagree. "This museum seeks to build a myth behind Morales by showing him as a messianic leader," said Carlos Cordero, a political analyst. "But it's the best example of the mismanagement of state funds."

The museum rising from the wind-swept Andean plateau is divided into three sections and has about a dozen halls. Although it seeks to preserve Bolivia's indigenous past, it holds only a few pre-Hispanic pieces, and most of them are replicas. Among the displays are ceramic figures, scale models and paintings that narrate indigenous traditions in the Andes cordillera, from the first settlements dating back 15,000 years to the birth of the Tiwanaku state and the rise of the Incan empire.

The instructive exhibits allow visitors to learn a great deal about Andean cultures and the outcomes of the invasion of the Spanish colonizers some 500 years ago.

Visitors, however, won't just look at the past. Hundreds of gifts to Morales during his travels around the globe were donated to the museum. They include a T-shirt from Argentina national team captain and five-time world best soccer player Lionel Messi, an autographed ball from the Premier League's Chelsea soccer club and several honorary degrees from universities.

Museum officials say the mix of objects showcased allows visitors to get a closer look at Bolivia's history as well as the "process of change" led by Morales.

A chronology on a museum wall narrates the indigenous rebellions, beginning with one led by the Aymara native Tupaj Katari in 1781 and ending with the "process of empowerment of the Bolivian indigenous movements" that resulted in Morales becoming the country's first indigenous president.

"Everyone says it's the Evo museum, but it's not," said Mercedes Bernabé, who is in charge of the museum. "It's recognition to Evo, but it's much more than that. Here we have the 36 indigenous peoples and the history of the country."

Culture Minister Wilma Alanoca has said that although "there are people who want to defenestrate this work," the museum not only recovers history, but also seeks to encourage community tourism.

One of the halls includes a life-size statue of Morales as well as portraits and photos. There is Morales as a young shepherd, as a union leader fighting for the rights of coca growers, and later as a lawmaker meeting with world leaders like Cuba's Fidel Castro.

But the museum's location contrasts with the international pomp. Orinoca is a humble village of farmers and llama shepherds with a population of less than 1,000 people. Poverty is visible along its cobbled streets and adobe houses. Only a few streets are paved, and many homes lack potable water and sewage systems.

Neighbors who migrated have returned with savings and are transforming their adobe and thatched-roof houses into brick homes, but locals still have demands for their president.

"He hasn't done much for Orinoca," said one man who said he went to school with Morales. He agreed to give only his first name, Moisés, fearing reprisals.

"He was a good student, a good friend, an athlete and a musician. When he comes back to visit, he greets me," Moisés said.

Morales did deliver on his promise to pave a road that goes through the town and links it with the ports in northern Chile. On both sides of the road, llamas can be seen grazing.

The museum remains Orinoca's main attraction, although there is another important site on the other side of town: It's a two-room adobe house that still has a thatched roof. It's locked under bolt and its windows are boarded over. But there are no fences and a flag representing the ruling party waves in the wind. It's the home where Morales was born and lived until age 15.

"Before we saw him more concerned about the people. Now, not so much," said a woman who has a modest neighborhood store. She also would reveal only her first name, Maria, saying she feared what the government could do if she spoke out freely in Morales' hometown.