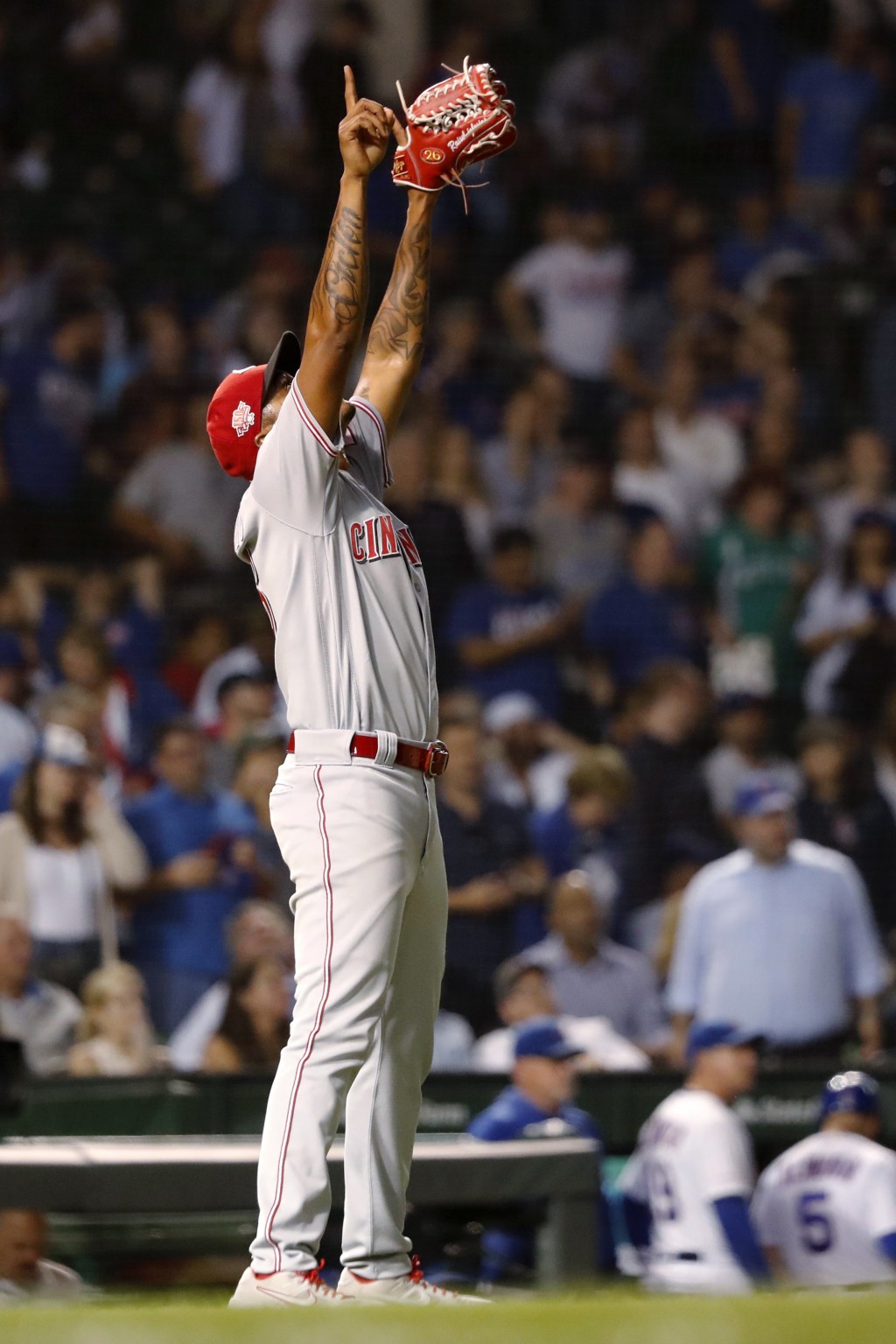 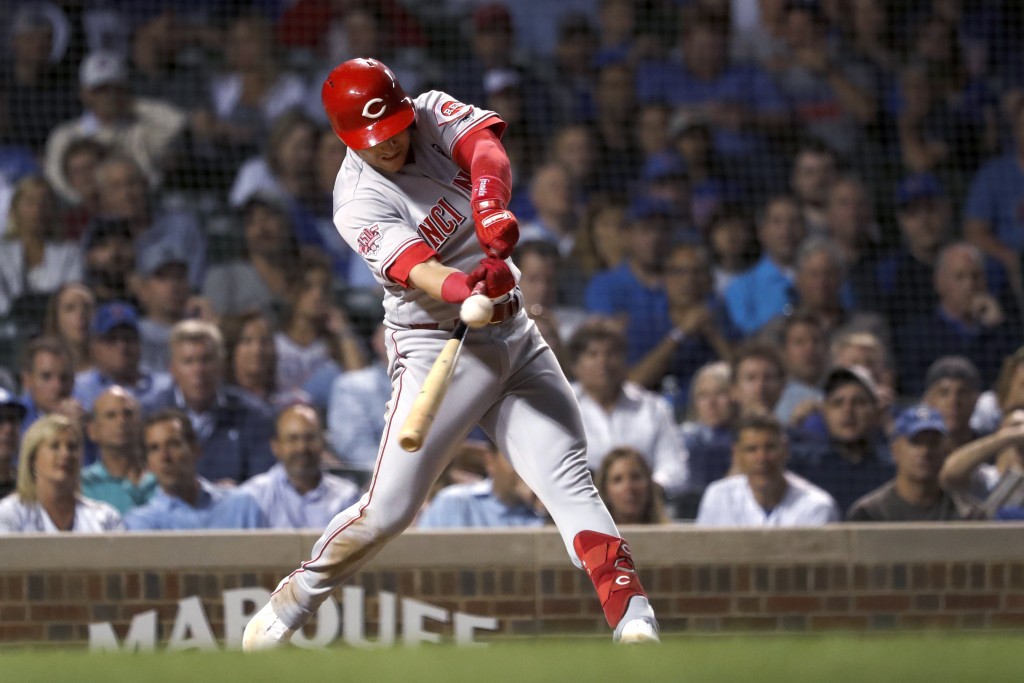 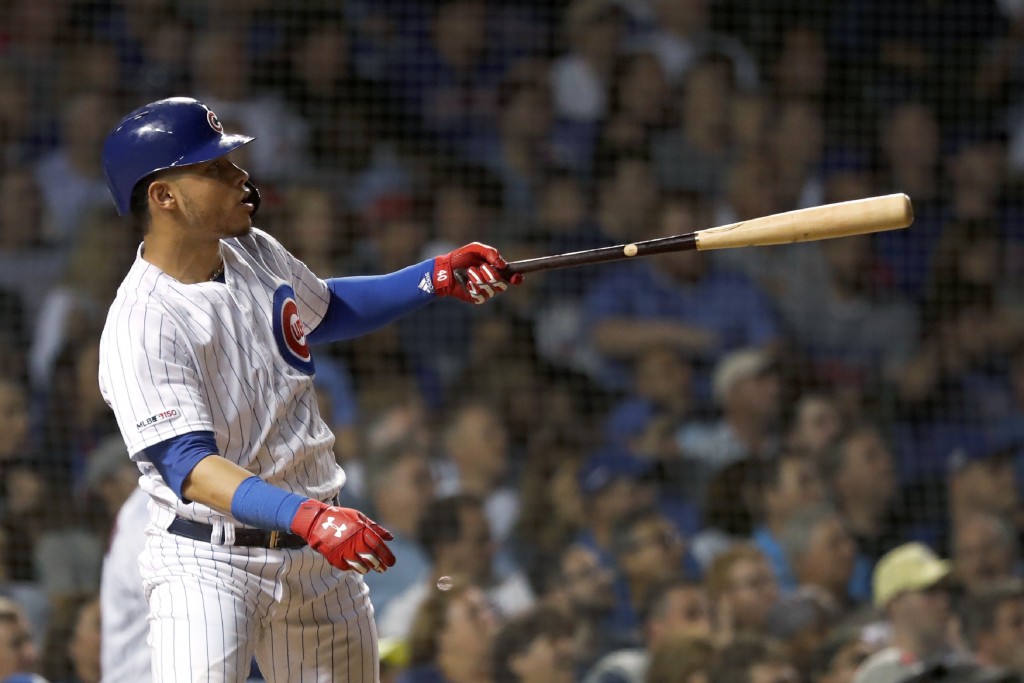 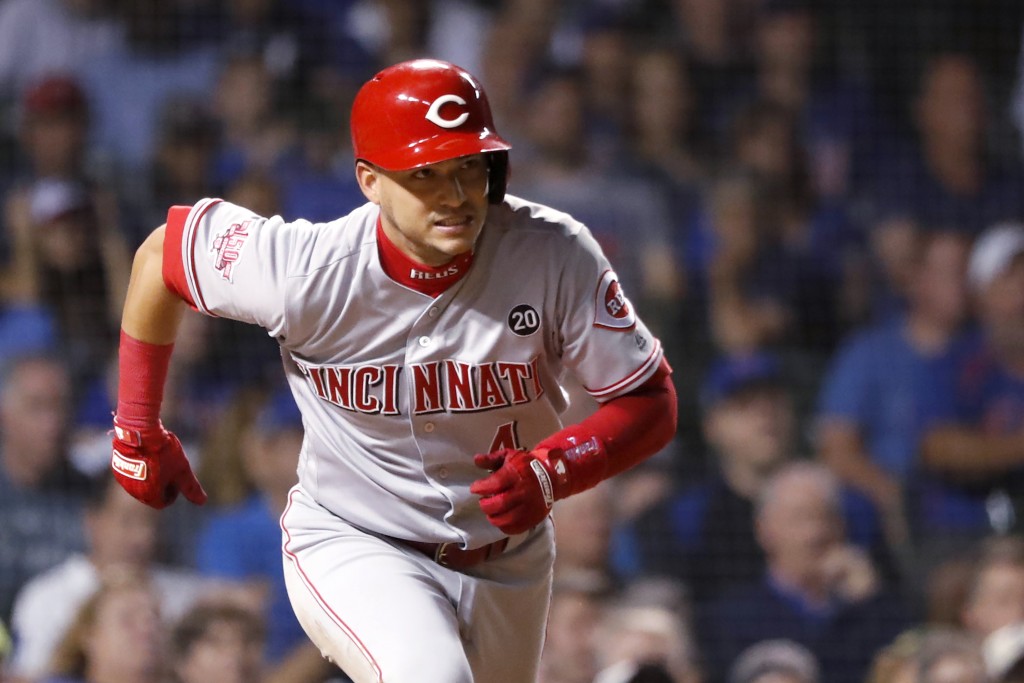 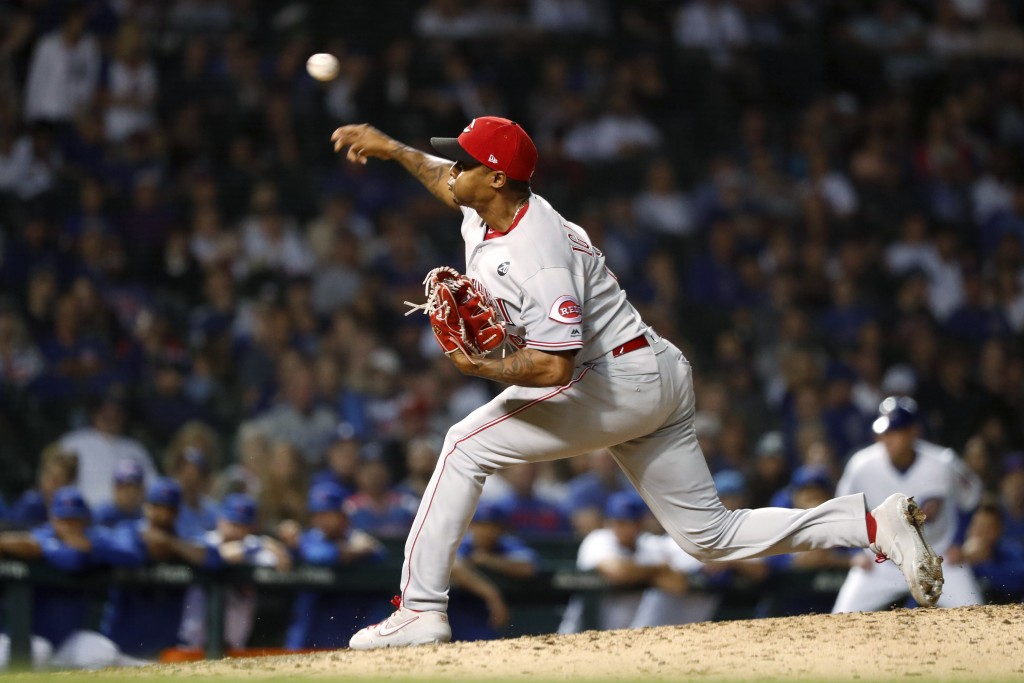 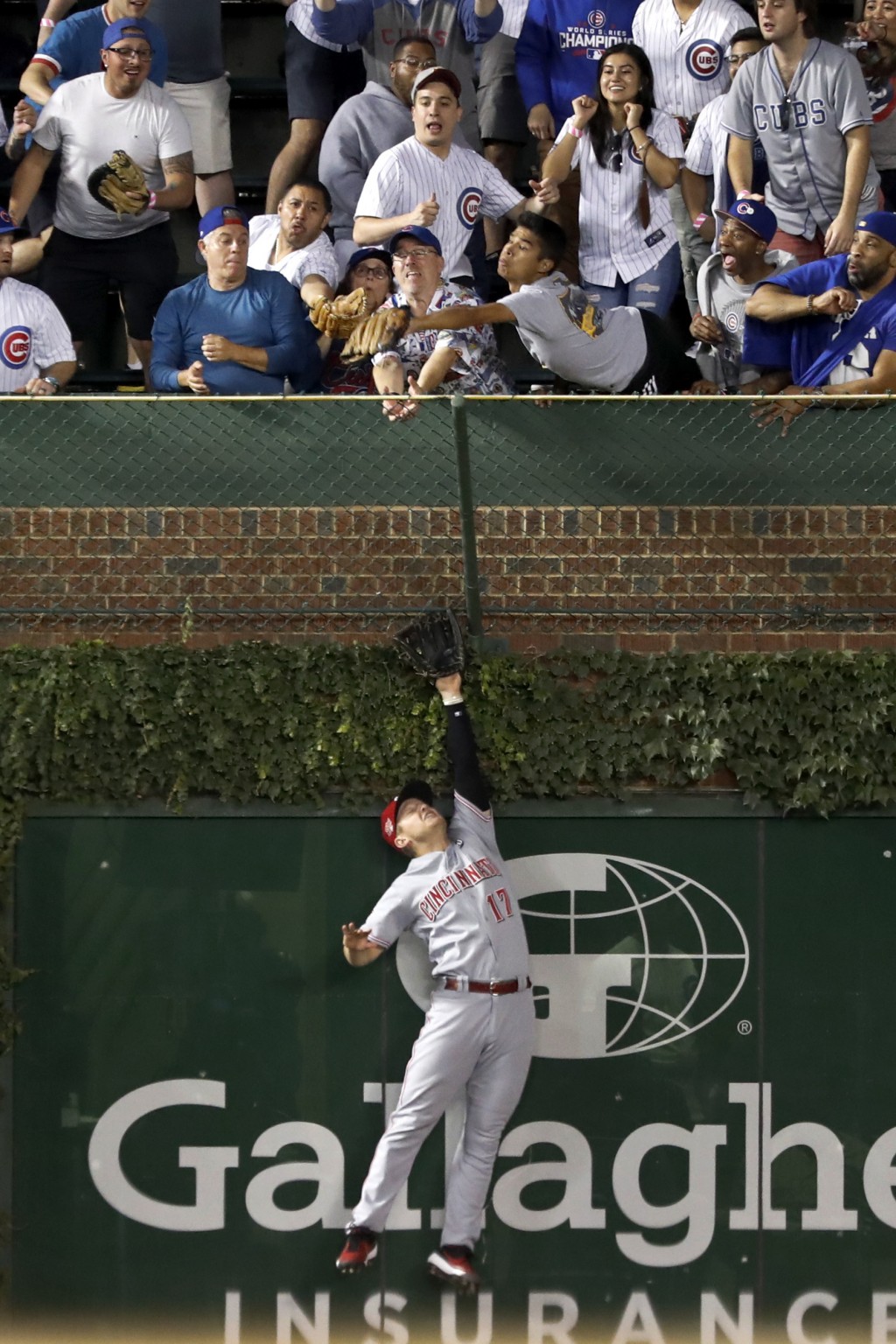 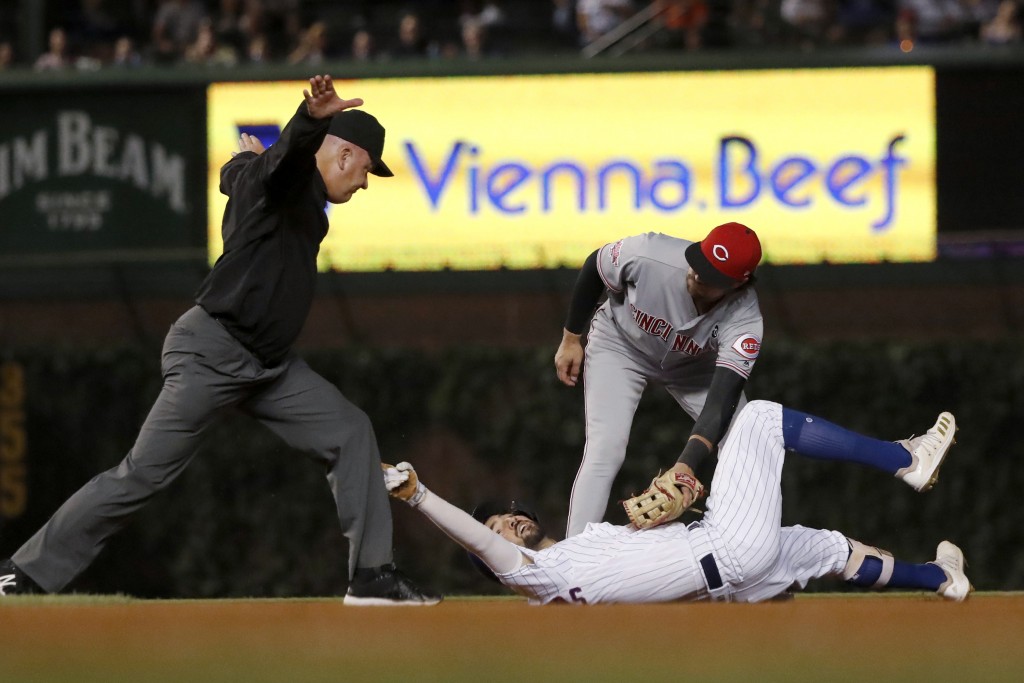 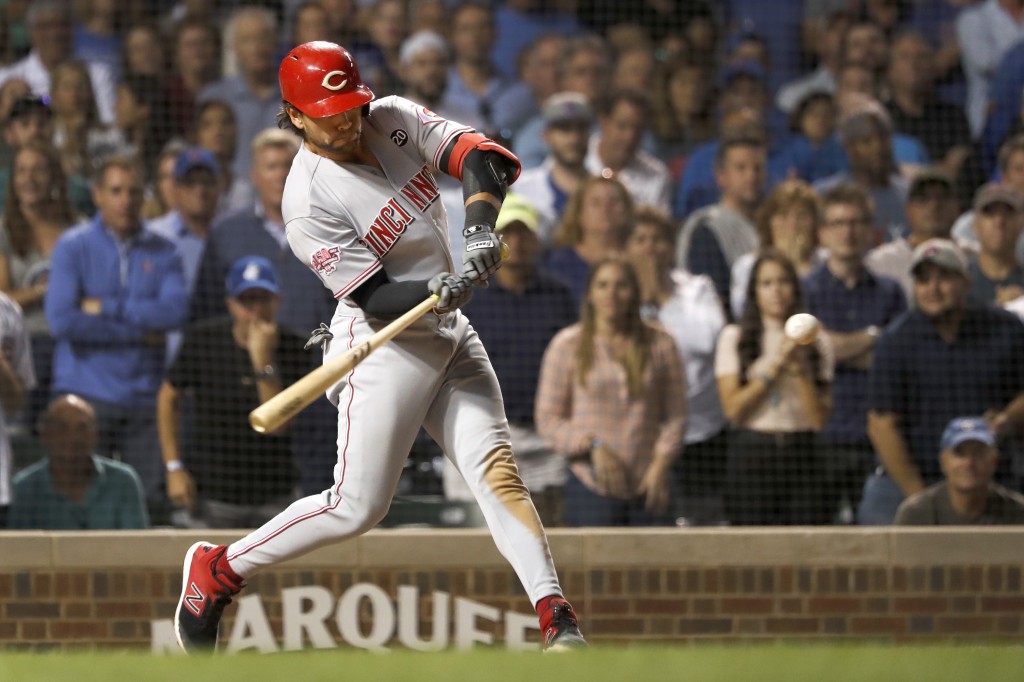 CHICAGO (AP) — José Iglesias had an RBI double in the 10th inning and five Cincinnati pitchers combined for a four-hitter as the Reds recorded their second straight win over the playoff-contending Chicago Cubs 3-2 on Wednesday night.

The Cubs and Milwaukee Brewers trail the NL Central-leading St. Louis Cardinals by three games. Chicago and Milwaukee are tied for the second NL wild-card spot, 1½ games behind the Washington Nationals, who hold the first wild card.

With two outs and none on in the top of the 10th, Cincinnati's Aristides Aquino started the winning rally against James Norwood (0-1) with a single to left. After Aquino advanced on a wild pitch, Josh VanMeter walked, putting runners on first and second. Iglesias then doubled to right to score Aquino with the go-ahead run.

Amir Garrett (5-3) struck out Kyle Schwarber to end the ninth and Raisel Iglesias worked around a one-out double in the 10th for his 33rd save. Nico Horner lined out to right to end it.

The Reds finished with an 11-8 record against the Cubs this season.

Cincinnati slugger Eugenio Suárez hit his 48th homer, one behind Pete Alonso of the New York Mets for the major league lead. The total is the most ever by a Venezuelan player, breaking the previous mark of 47 by Andrés Galarraga.

Suárez also tied the NL record for homers by a third baseman. Mike Schmidt of the Phillies (1980) and Adrián Beltré of the Dodgers (2004) are the others reach the mark.

Suárez's solo shot in the fourth inning gave the Reds a 1-0 lead.

The Cubs tied it in the bottom half of the inning with some aggressive — and perhaps lucky — base running.

Nicholas Castellanos led off with a liner to left-center and headed for second base. Left fielder Phillip Ervin, though, fielded the ball quickly and fired a strike to second baseman Alex Blandino. The ball beat Castellanos by about 10 feet, but he somehow avoided the tag and was called safe.

Castellanos then to third on a wild pitch and scored on a sacrifice fly by Schwarber.

Cincinnati took a 2-1 lead in the seventh on a sacrifice fly by Blandino before Willson Contreras tied it with a two-out solo blast, which came on an 0-2 pitch from reliever Robert Stephenson in the bottom of the inning.

The Cubs conclude their final homestand with a four-game set against the Cardinals starting Thursday night. The teams then play three games in St. Louis next weekend.

"When you look at that schedule at the beginning of the season, you hope you have an eight-game lead by the time this occurs," Cubs manager Joe Maddon said. "But then you get in the position we're in, you're thankful that you have to play them that many times."

Cubs: Closer Craig Kimbrel (right elbow inflammation) threw with the rest of the relievers before the game. He's likely to be activated from the 10-day IL on Thursday or Friday. ... INF Addison Russell (concussion) is still in the concussion protocol, but worked out on the field for the first time since being hit in the head Sept. 8.