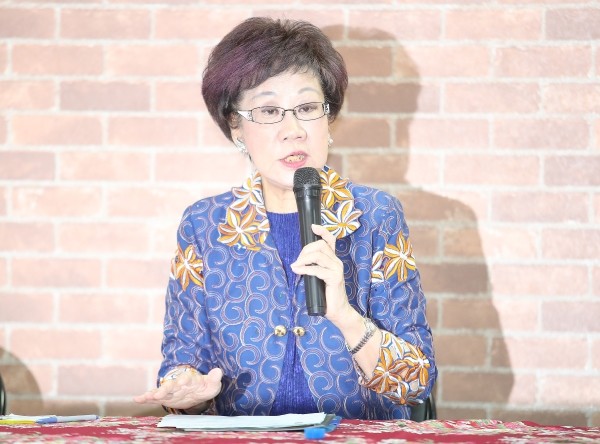 TAIWAN News — Former Vice President Annette Lu (呂秀蓮), who has declared her bid for the Taiwanese presidency, is the latest public figure to demand that President Tsai Ing-wen (蔡英文) present evidence of her Ph.D. degree from the London School of Economics and Political Science (LSE).

On Wednesday (Sept. 18), Lu called on Tsai to provide evidence to the public proving the existence of her Ph.D., saying "President Tsai, your dissertation has been questioned! Give your explanation right away and it will be alright," reported NOWnews. She went on to say, "Bring out your diploma for everyone to see. In Taiwanese, we say 'smell the fragrance.' You can be more transparent about things. Do not become so mysterious."

Lu, announced her presidential bid on Monday (Sept. 16), saying she was seeking the presidency at the recommendation of the Formosa Alliance with former Nantou magistrate Peng Pai-hsien (彭百顯) as her running mate. According to law, she will have to garner at least 280,384 signatures from the public by Nov. 2 and raise NT$1 million (US$32,020) to qualify as a candidate.

In addition to lamenting that the Democratic Progressive Party (DPP) was not the same as the DPP of the past, Lu also criticized the Tsai administration for "closing the door each time there is malady and handing it the judiciary," according to the report. Alluding to the president's lawsuits against those who have challenged the validity of her doctorate degree, Lu said, "Including your doctoral dissertation, why must the court be so busy?"

National Taiwan University (NTU) professor emeritus Ho De-fen (賀德芬), assistant professor Hwan C. Lin (林環牆) of the University of North Carolina at Charlotte, and former Formosa TV host Dennis Peng (彭文正) have claimed the president never passed her dissertation defense in 1984. Both Tsai and the LSE have said that the future president did, in fact, complete her studies and receive a Ph.D.