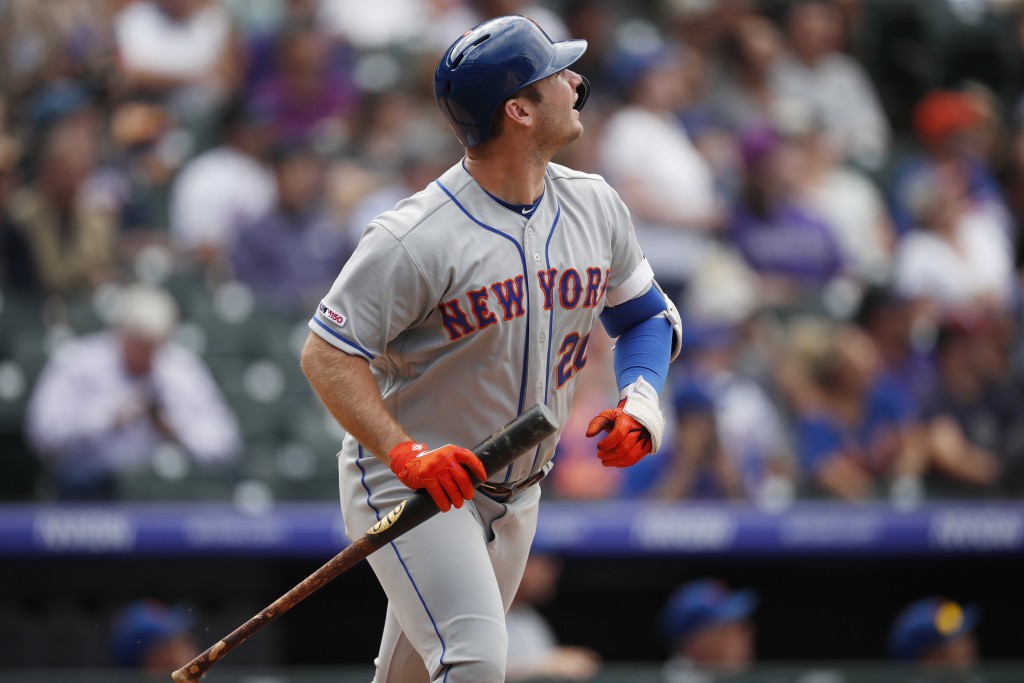 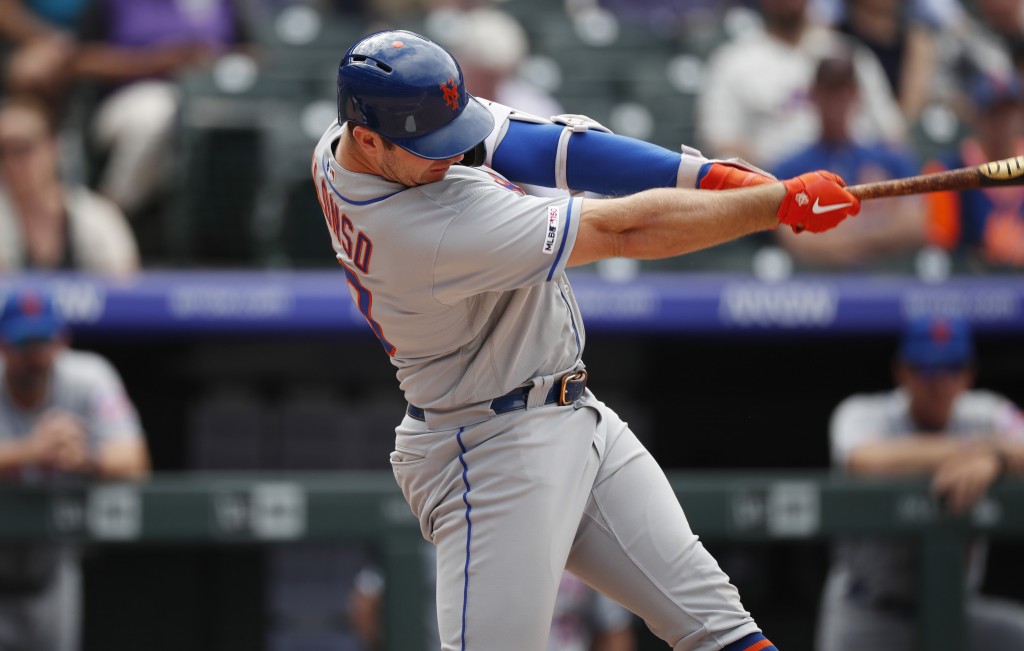 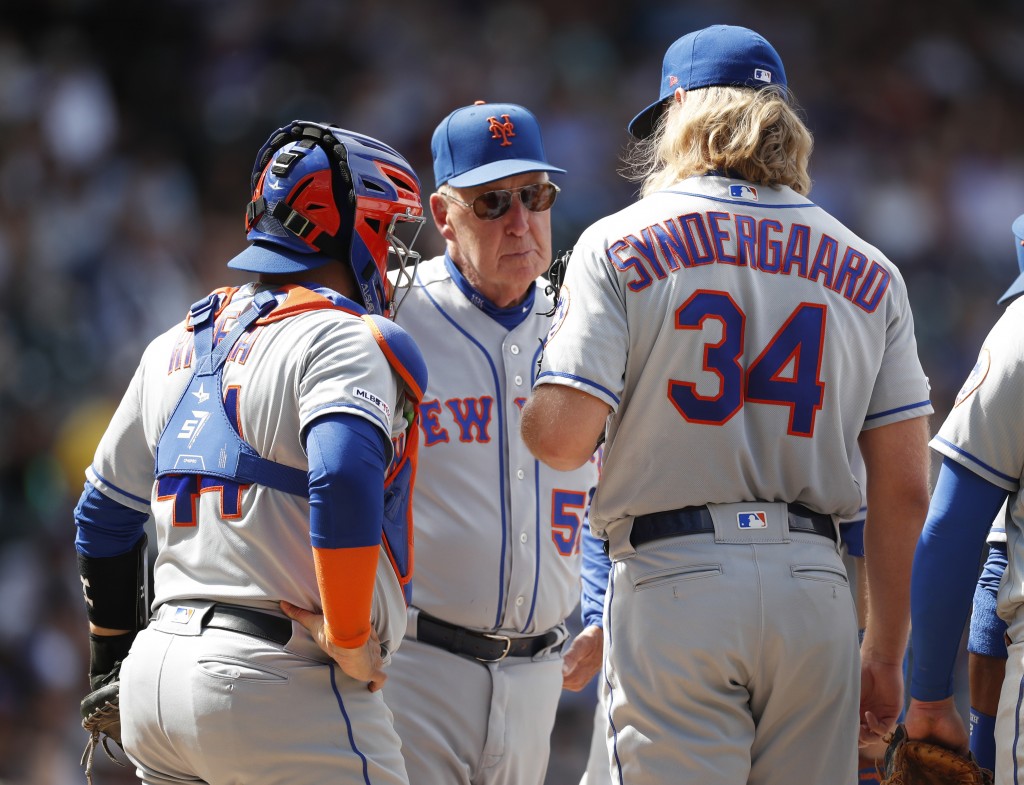 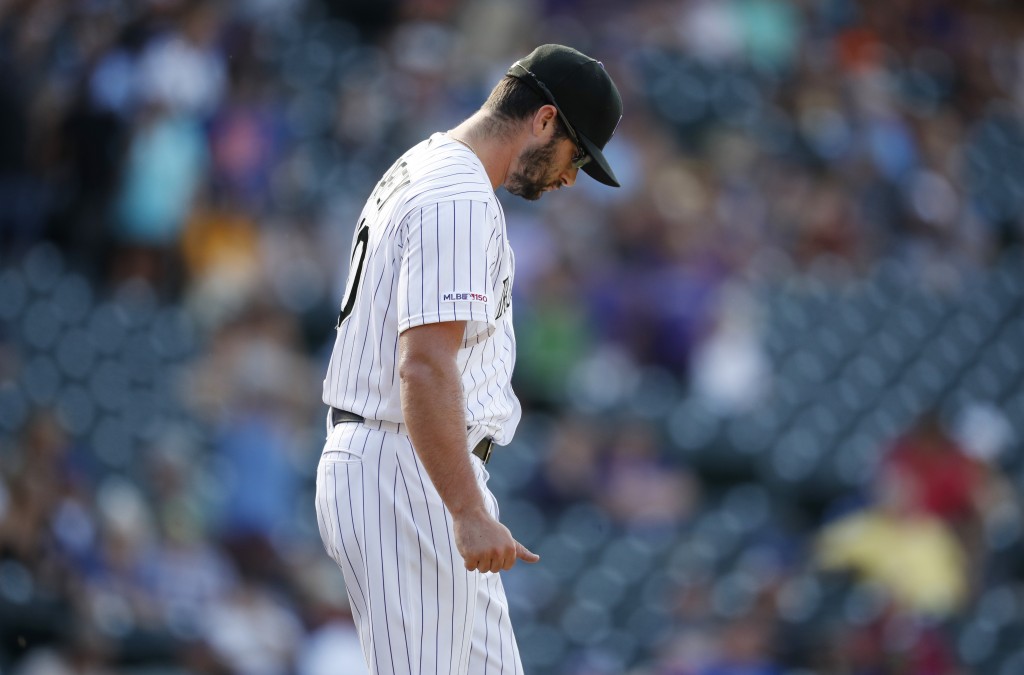 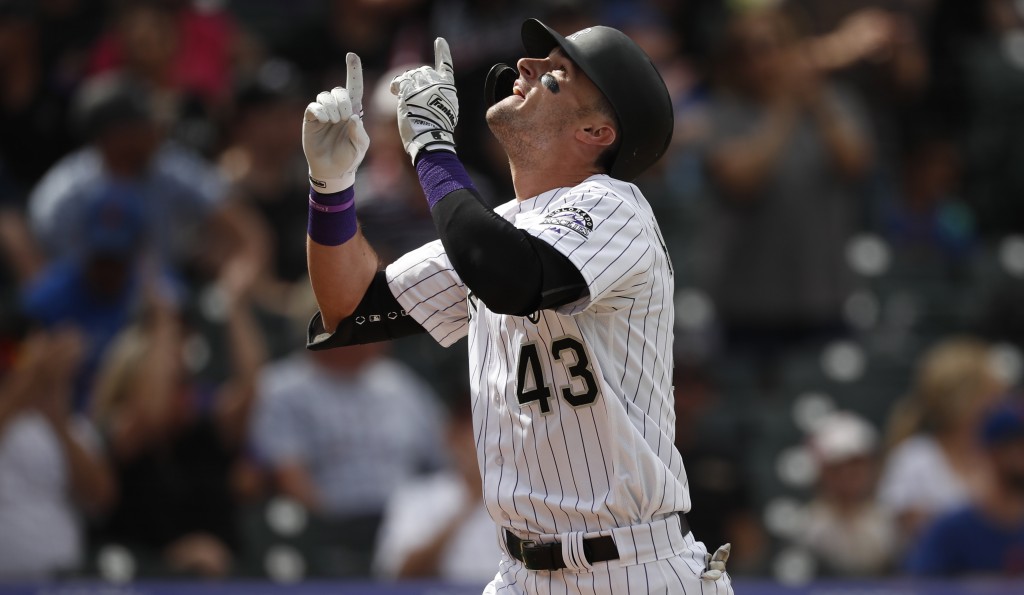 DENVER (AP) — Pete Alonso hit his major league-leading 49th homer to tie the record for most by a rookie, then drew a bases-loaded walk during a four-run rally in the ninth inning that sent the New York Mets over the Colorado Rockies 7-4 Wednesday.

The Mets began the day tied with Philadelphia, four games behind the Cubs and Milwaukee for the second NL wild-card spot.

Alonso hit a long solo home run to left field in the sixth. He matched the rookie mark set by Mark McGwire for Oakland in 1987.

Jeff McNeil also went deep for the Mets, who set a franchise record with 225 home runs this season.

Trailing 4-3 going into the ninth, the Mets tied it on Brandon Nimmo's third hit, an RBI single off Jairo Diaz (5-4). After a walk to McNeil loaded the bases, Joe Harvey relieved and walked Alonso on four pitches to put New York ahead.

Another run scored on a double-play grounder and Seth Lugo (7-4) hit an RBI single in his first plate appearance of the season.

Rookie Sam Hilliard hit two home runs for the Rockies, connecting both times off Noah Syndergaard. Hilliard's first homer went an estimated 447 feet to right-center and his second drive gave the Rockies a 2-1 lead. Hilliard was recalled on Aug. 27 and homered in his debut that night.

Syndergaard went 5 2/3 innings, giving up four runs on 10 hits and striking out six. René Rivera started at catcher — Syndergaard recently expressed his interest in pitching to someone other than regular starter Wilson Ramos.

Ramos pinch-hit for Rivera and drew a leadoff walk in the ninth to begin the Mets' rally.

Rockies: RHP Peter Lambert (3-6, 6.98) goes for his second straight win at the Los Angeles Dodgers on Friday night. Lambert had gone without a victory in 15 straight starts before beating San Diego on Saturday.