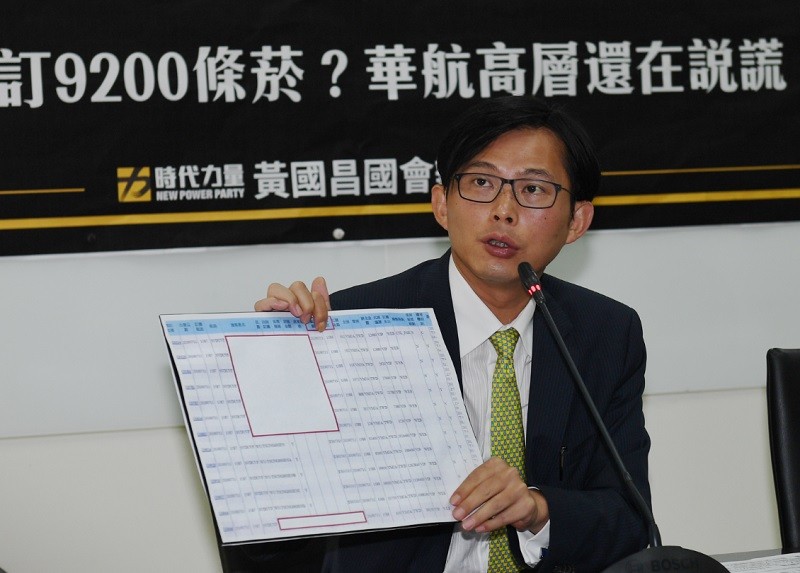 TAIPEI (Taiwan News) – As Taiwan’s presidential race heats up, the New Power Party (NPP) aims to call on party legislator Huang Kuo-chang (黃國昌) to run for president, according to a SETN.com report on Wednesday (Sept. 18).

NPP Secretary General Wu Pei-yun (吳佩芸) said the party is drafting a set of rules in order to nominate a presidential candidate. Huang, a party member and legislator, is the party's first choice, the report said.

Wu said that a political party nominating its own presidential candidate demonstrates the party’s identity. Furthermore, the NPP said it welcomed talks with the Democratic Progressive Party (DPP) about legislative elections and on policy, but there would be no discussion of the 2020 presidential election, so as to avoid misunderstandings.