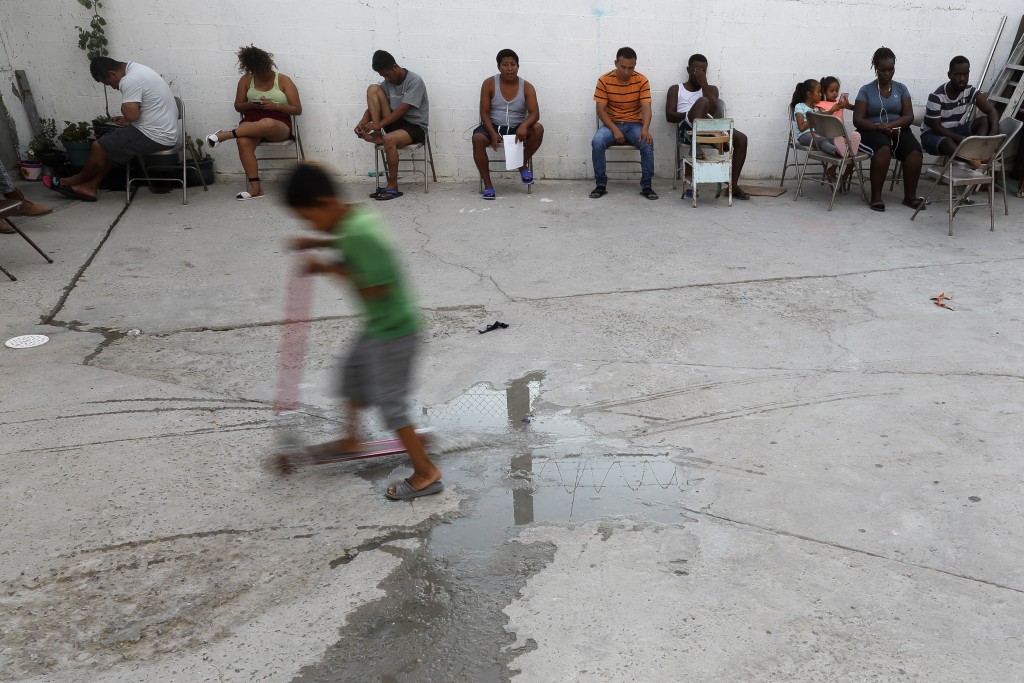 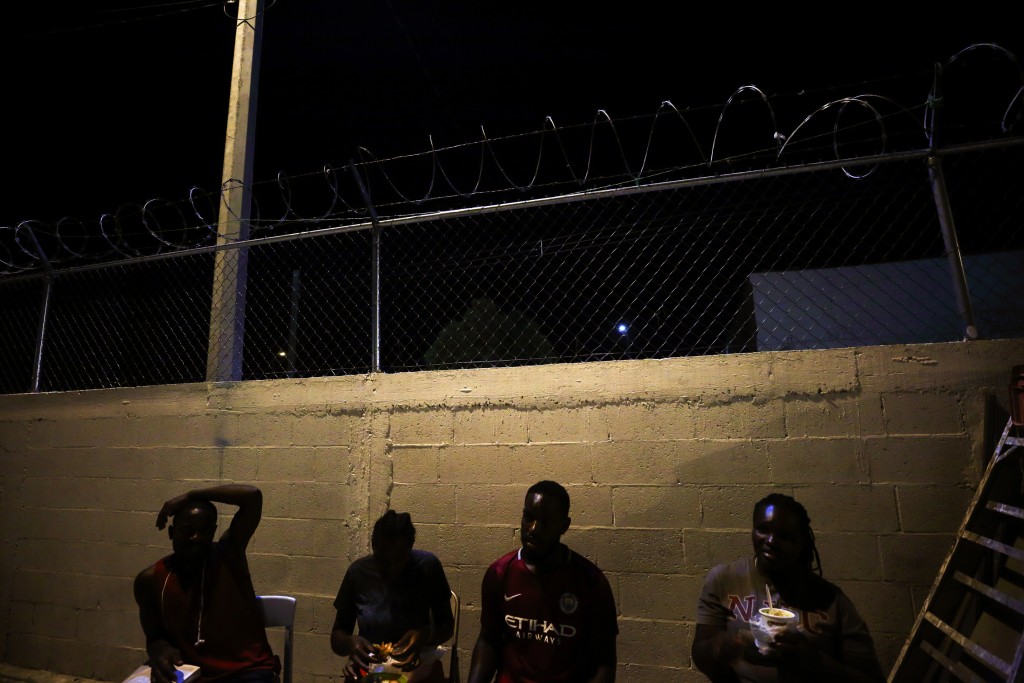 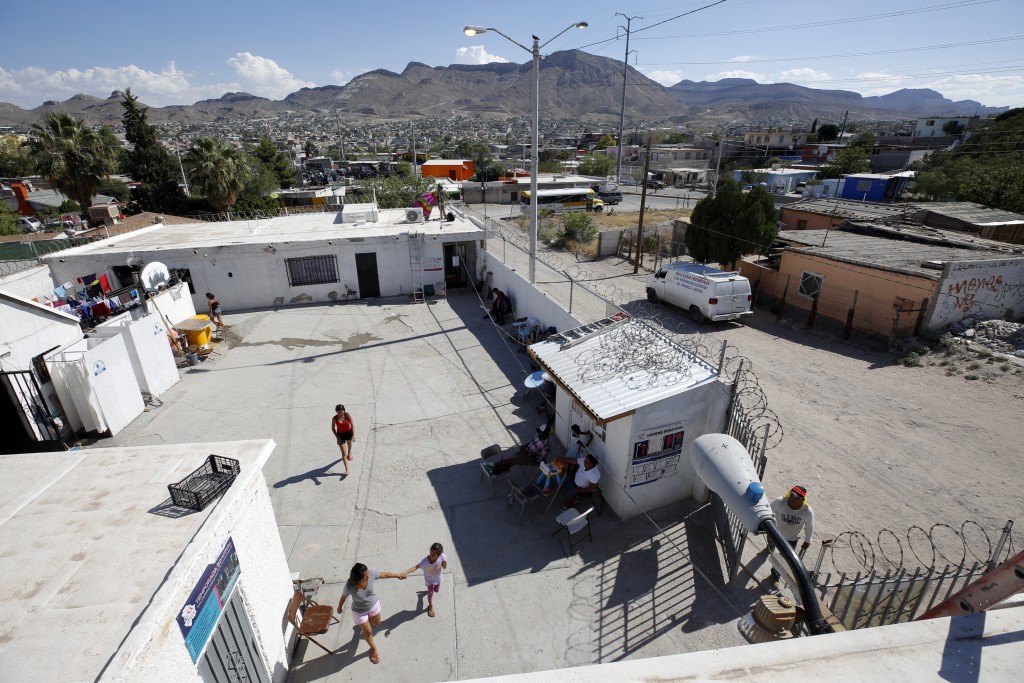 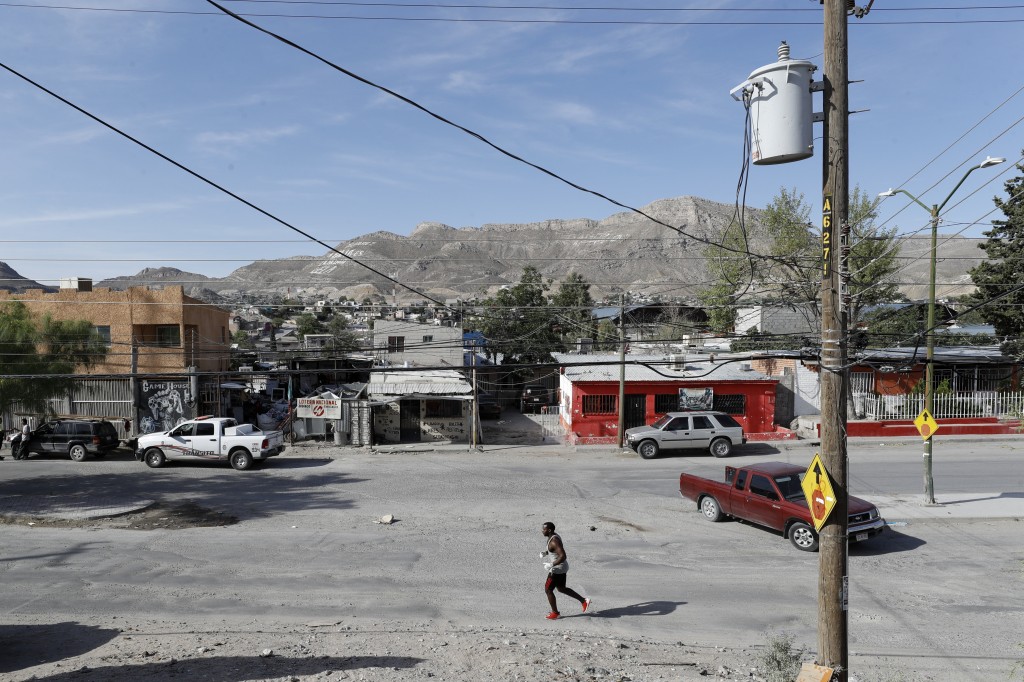 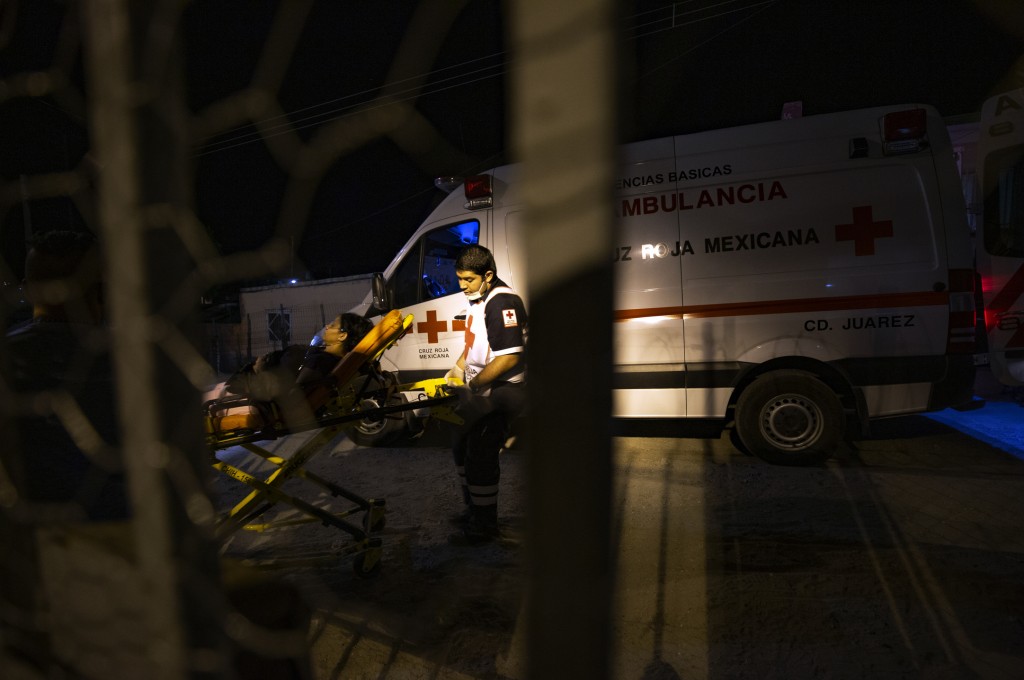 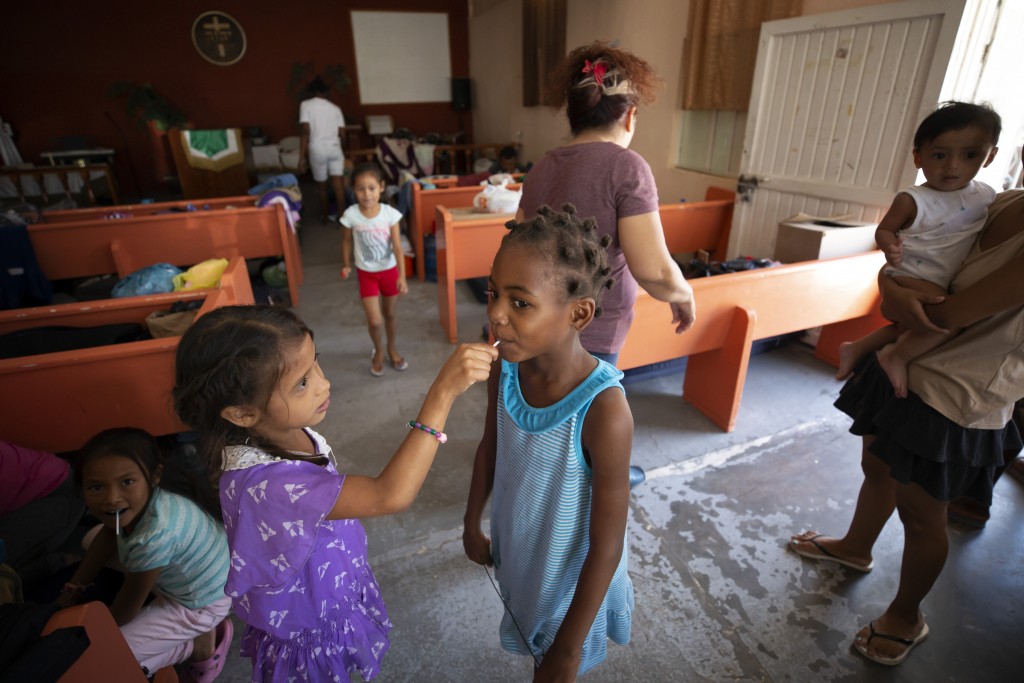 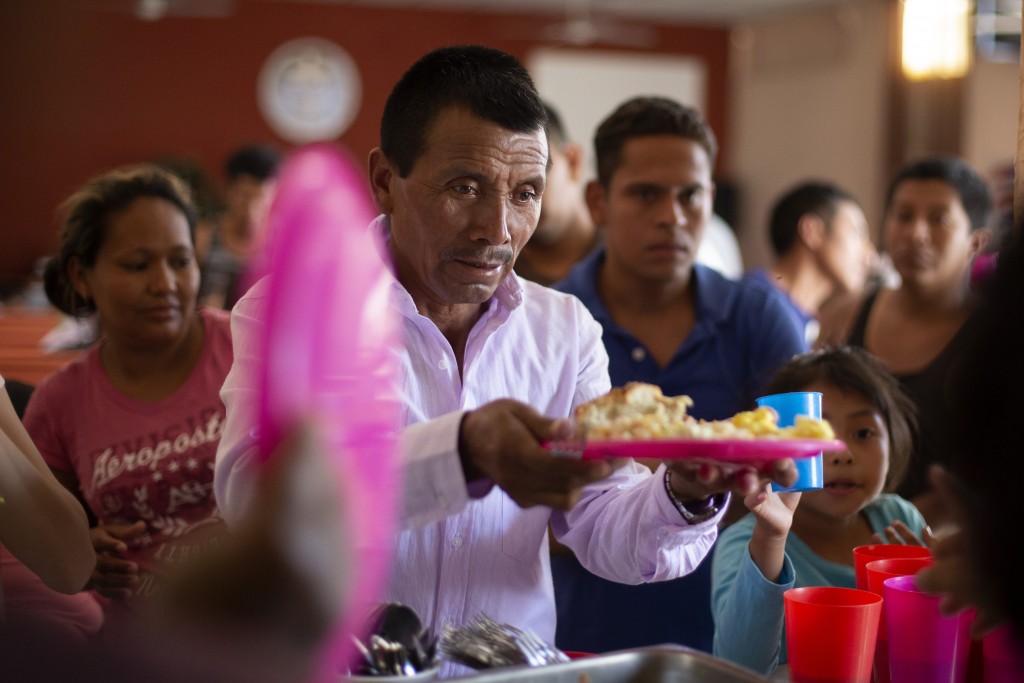 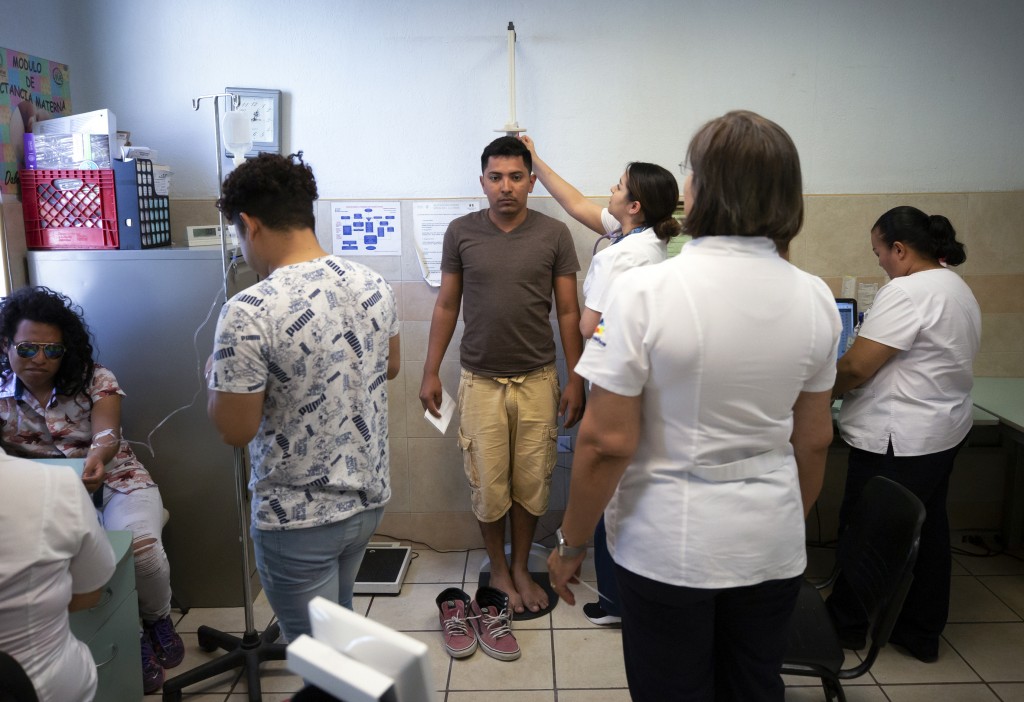 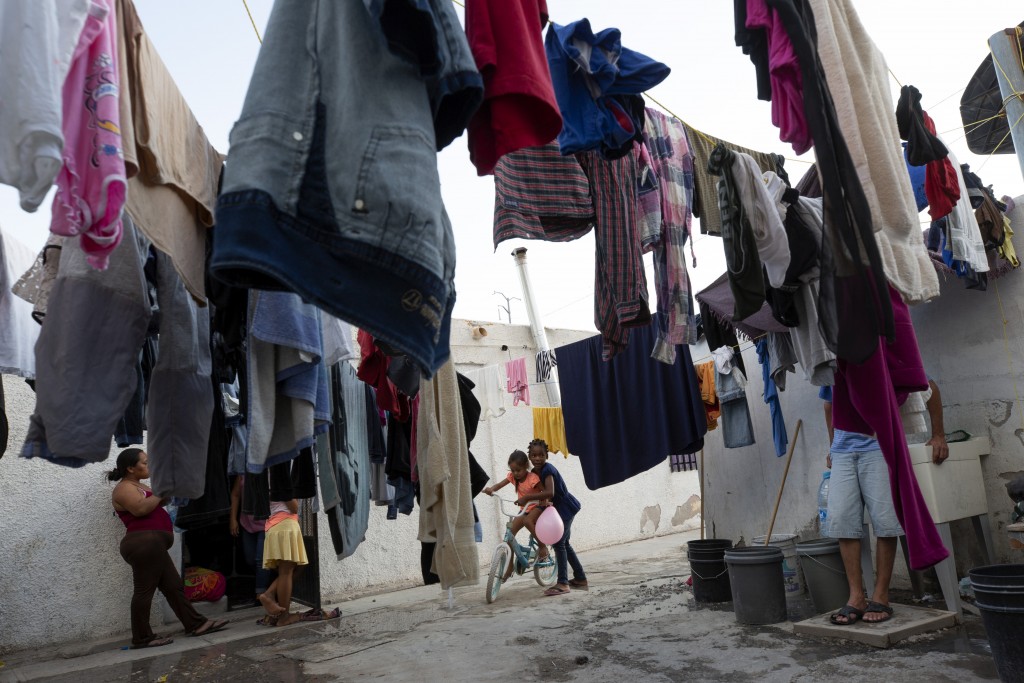 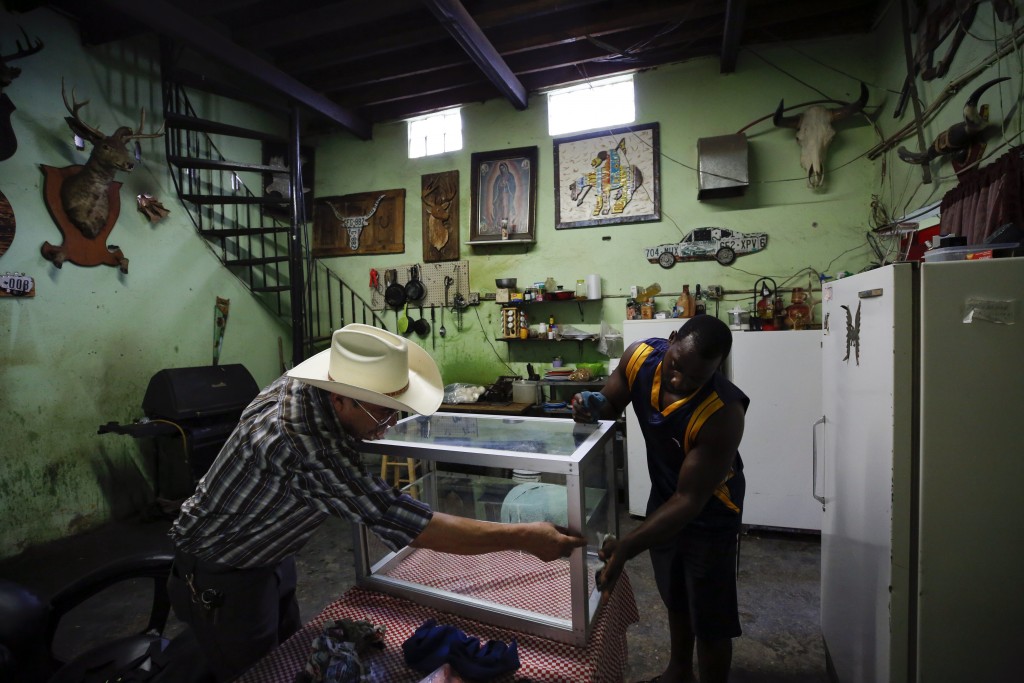 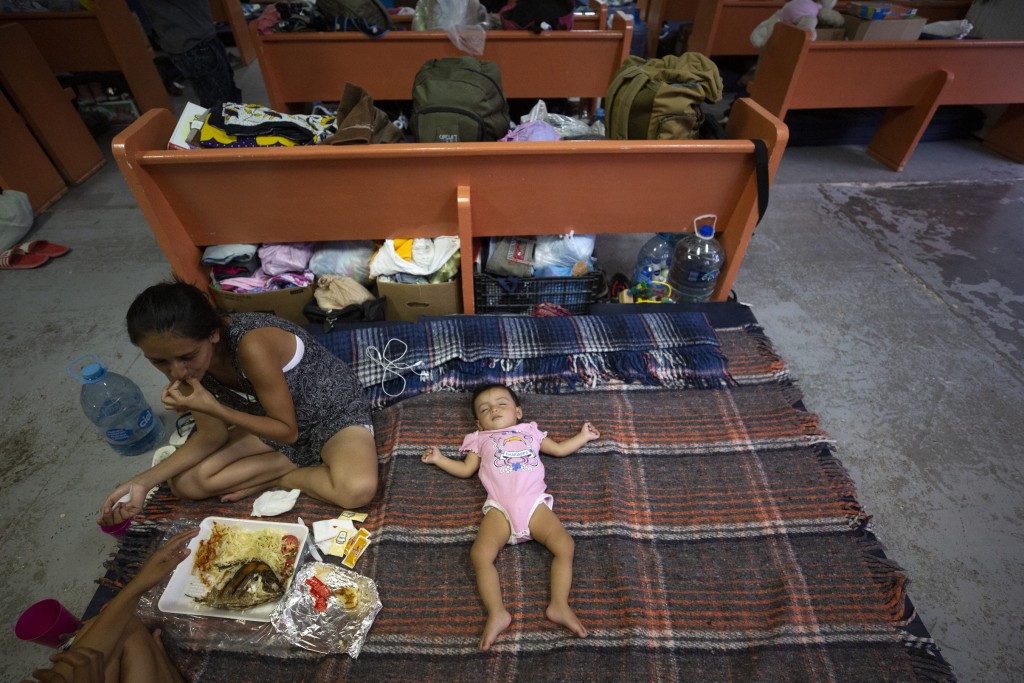 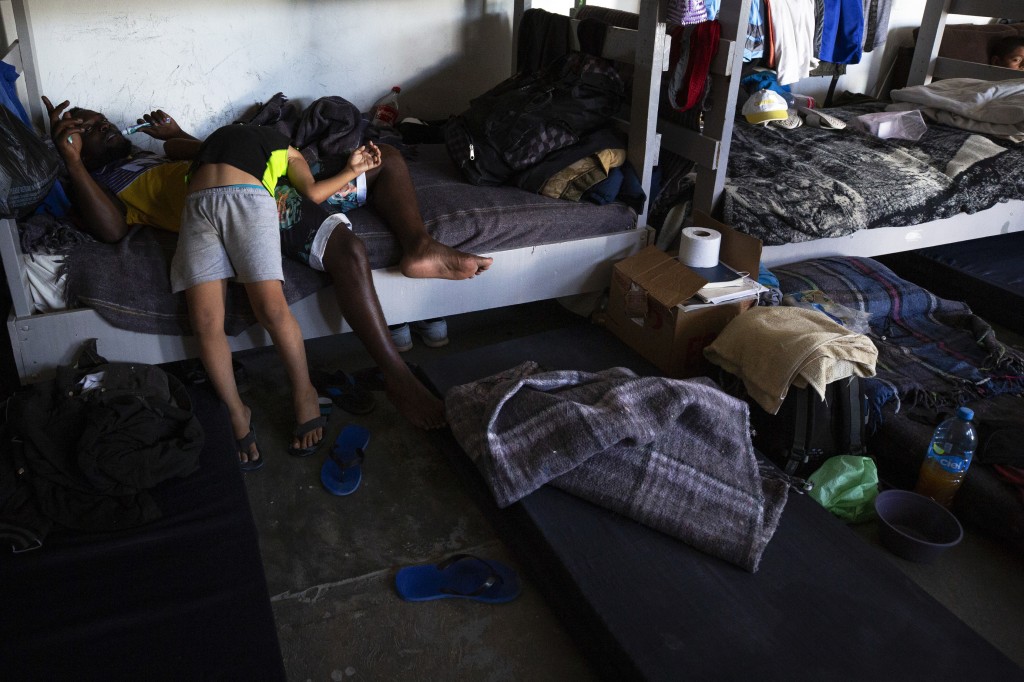 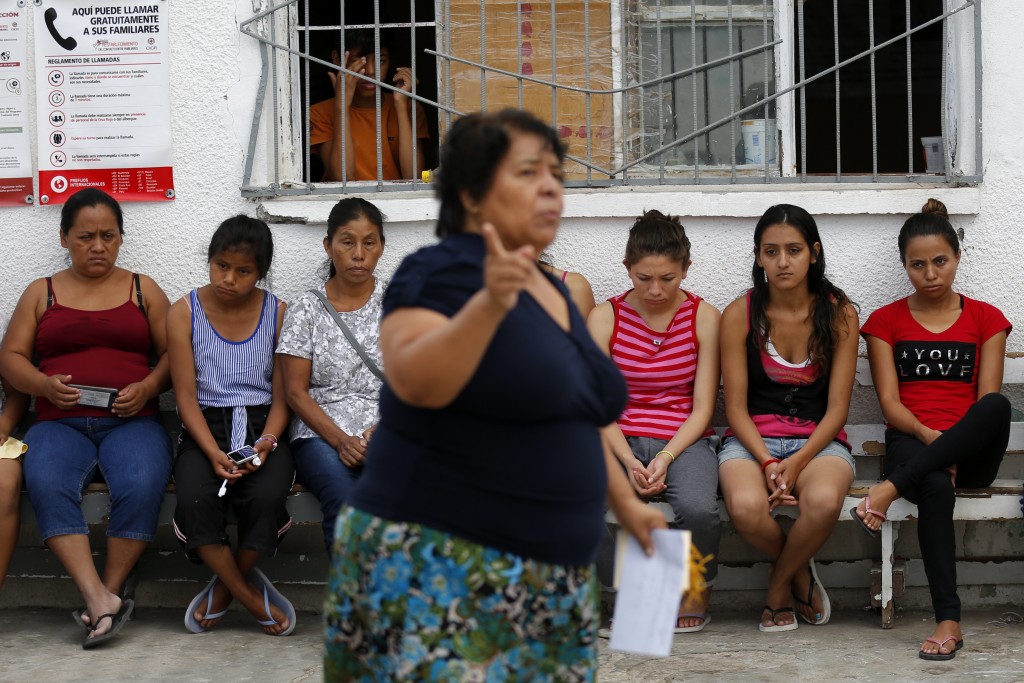 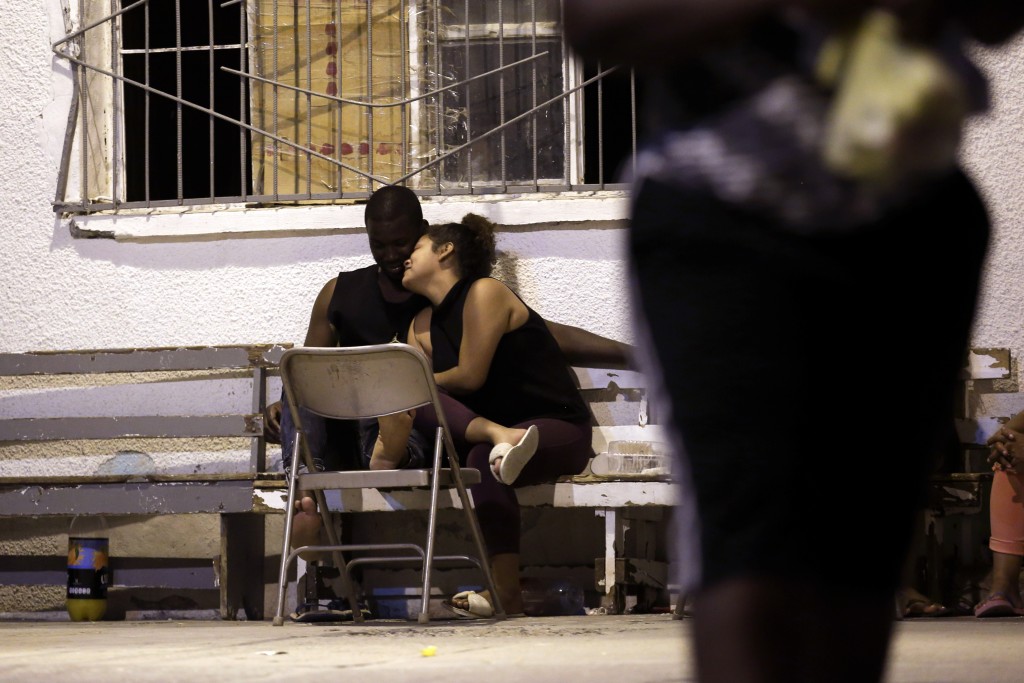 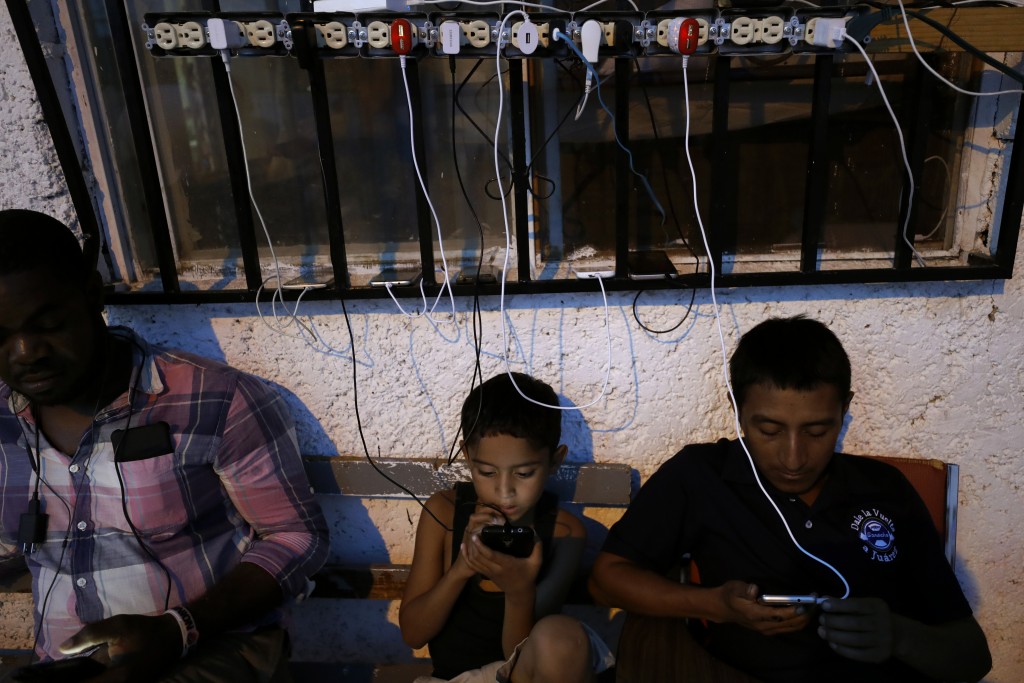 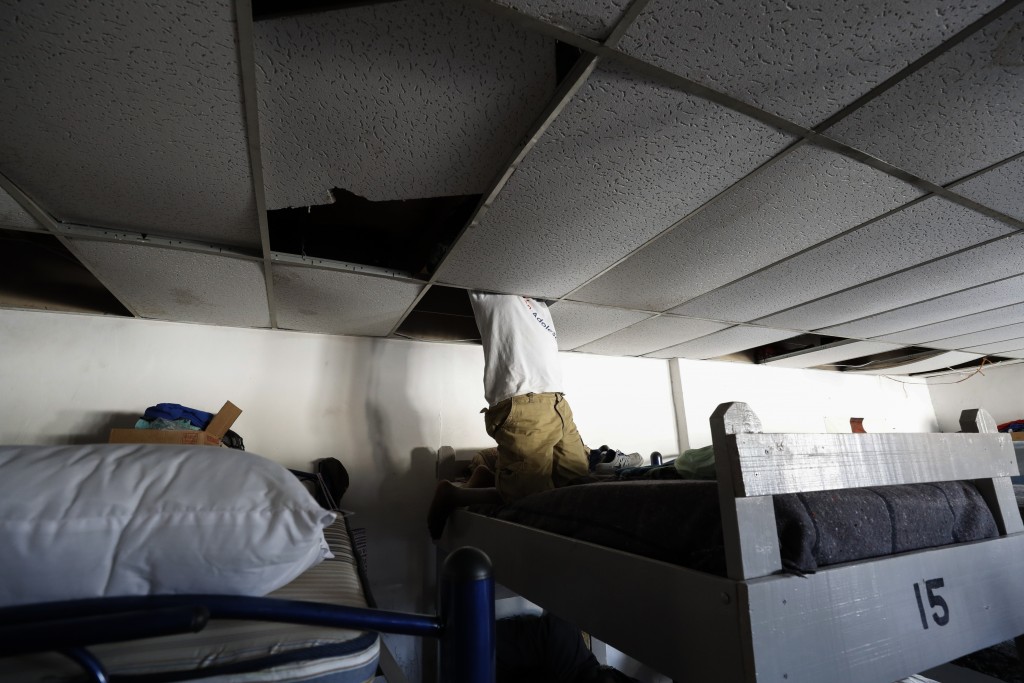 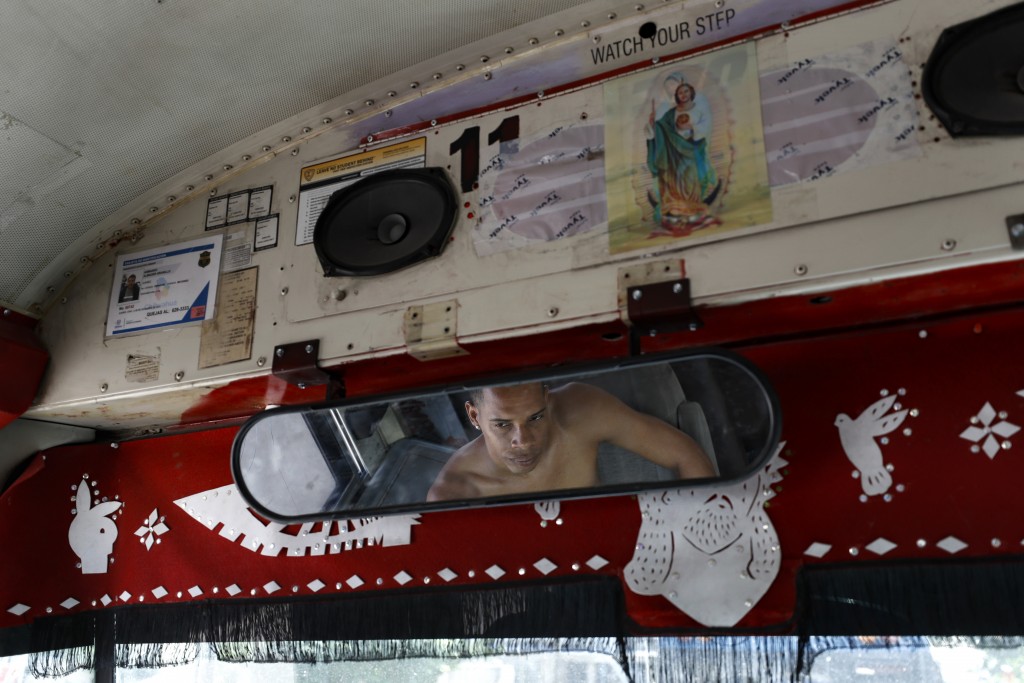 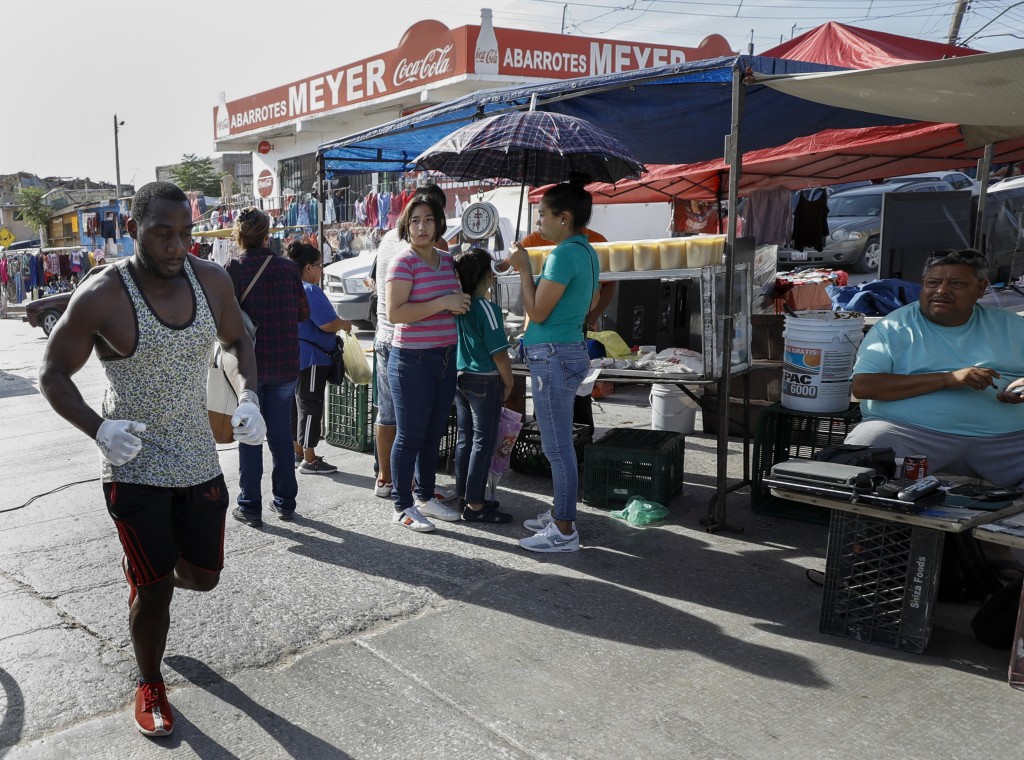 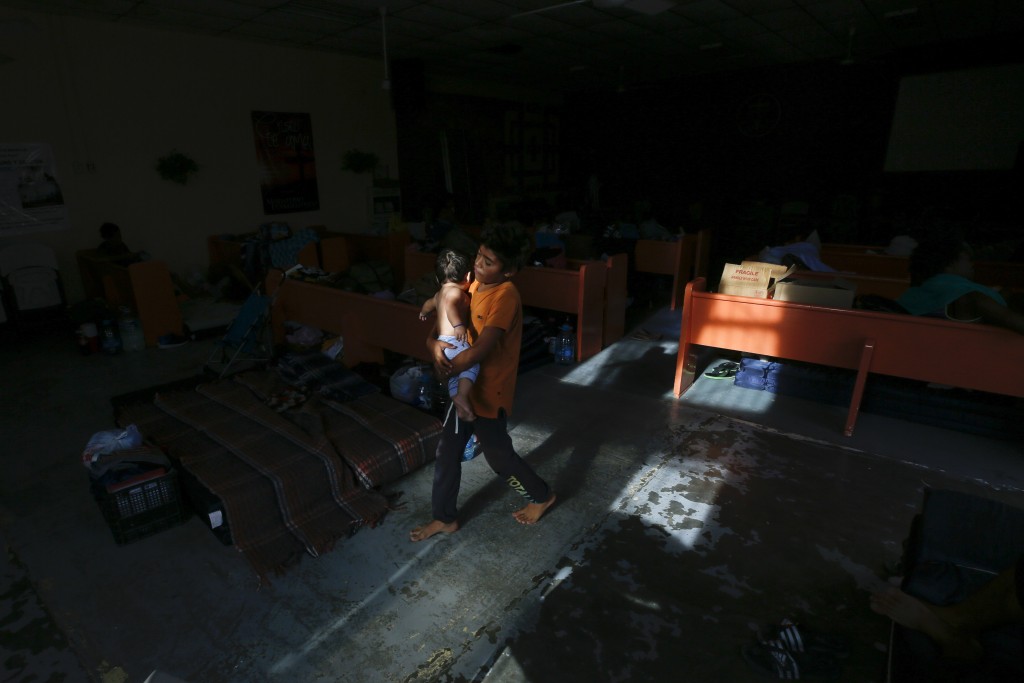 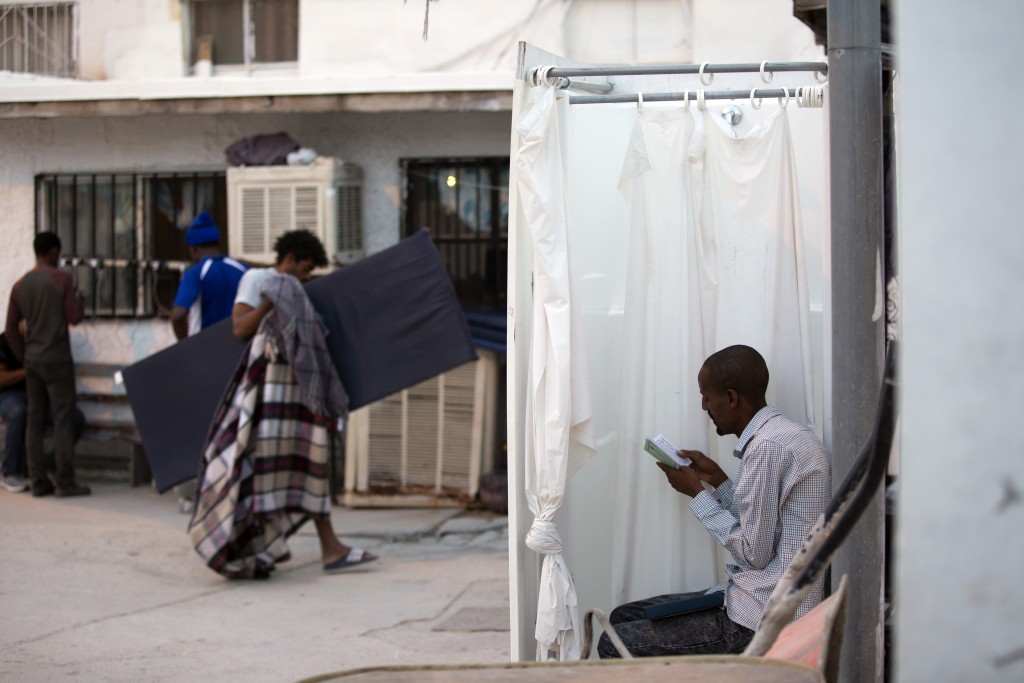 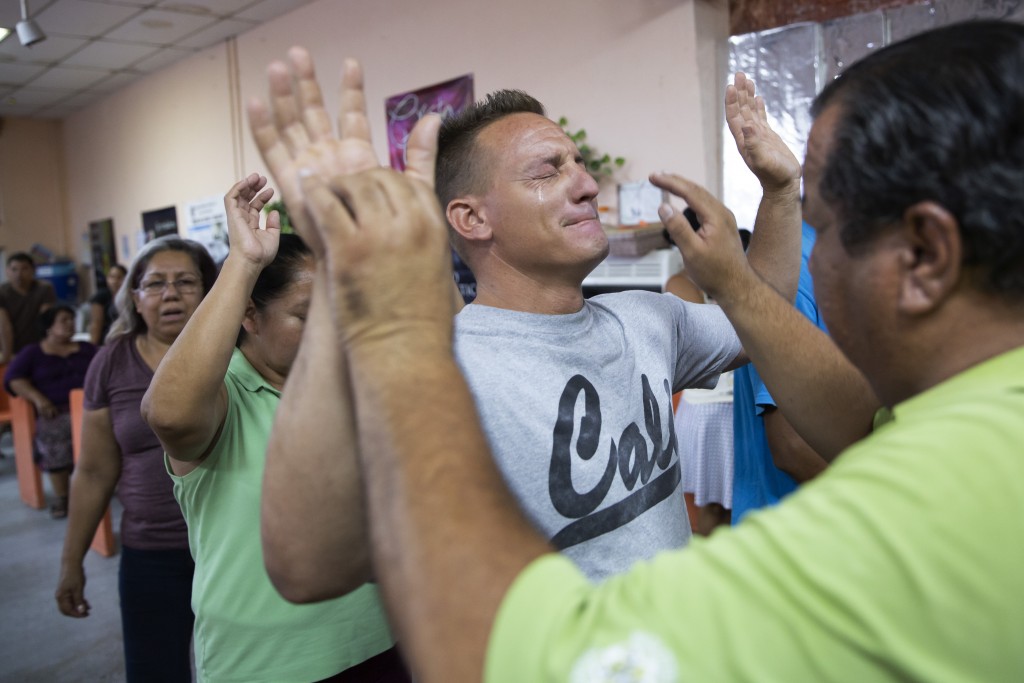 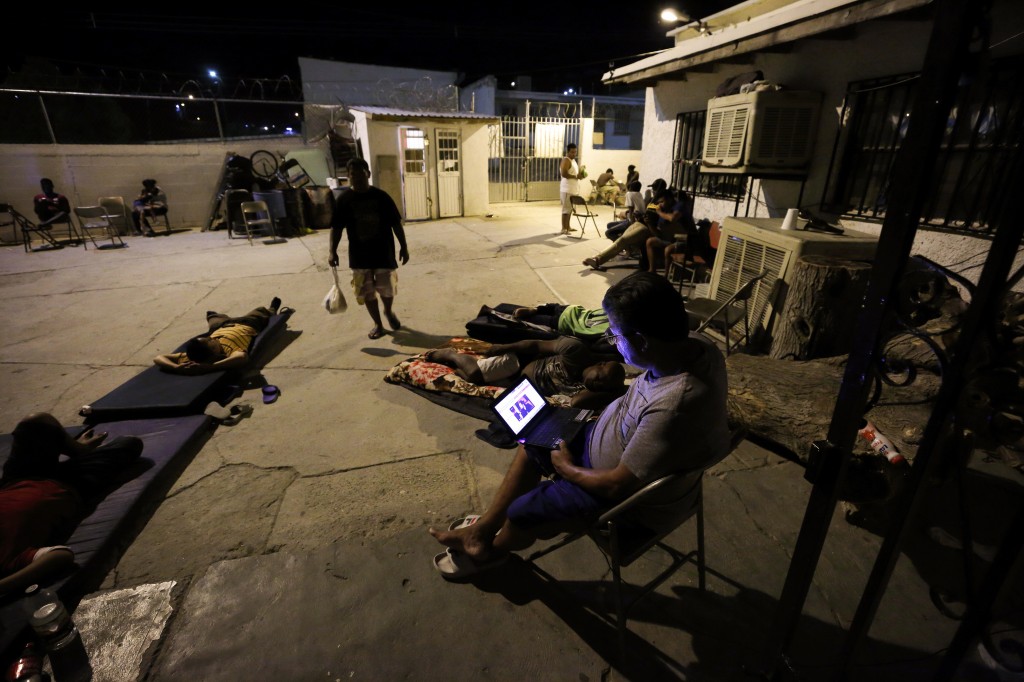 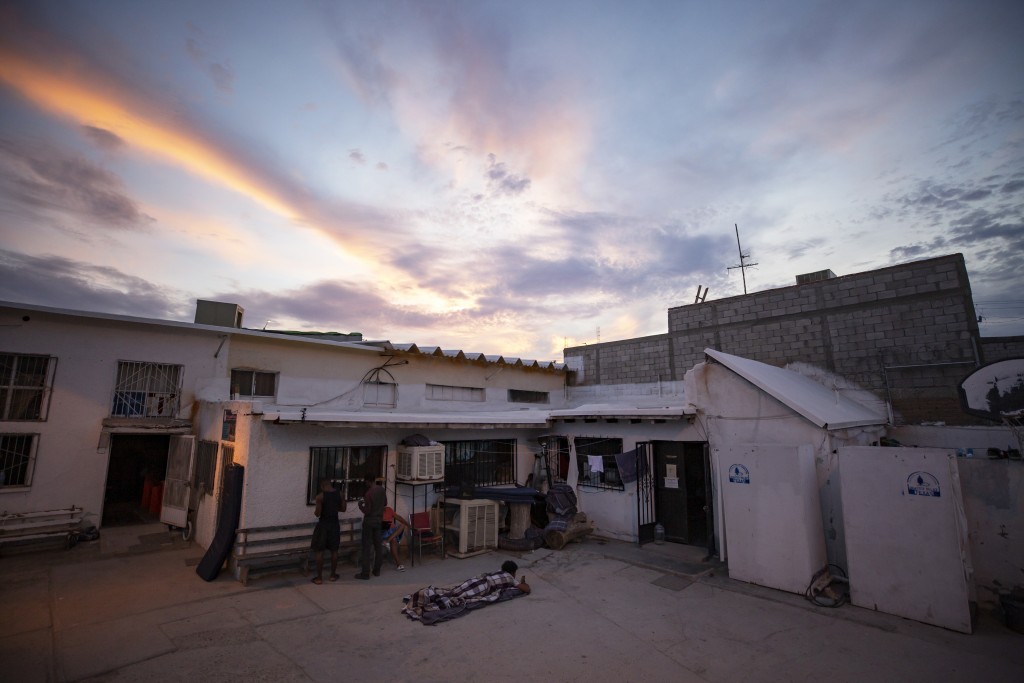 JUAREZ, Mexico (AP) — Long after midnight, when the heat has finally relented and the walled courtyard is scattered with men sleeping in the open, someone begins to sob.

The sound is quiet, muffled. The only light comes from streetlights shimmering above the razor wire. It's impossible to see who is crying.

Is it the Ugandan bodybuilder who came here fleeing political violence? Or the 27-year-old El Salvadoran who often wears a Cookie Monster t-shirt? Maybe it's the young Honduran husband who rarely leaves his wife's side.

It could have been any of them.

This story is part of an occasional series, "Outsourcing Migrants," produced with the support of the Pulitzer Center on Crisis Reporting.

This is the cobbled-together community of El Buen Pastor — The Good Pastor — 130 or so migrants from around the world locked into a shelter every evening for a 5:30 p.m. curfew, trapped in an immigration purgatory. They are barely three miles from the Paso del Norte Bridge and their goal: the United States.

There's Alphat, the Ugandan bodybuilder who says his wife and daughters were killed by security forces, and who was tortured by having heavy rocks hung from his penis.

There's Jennifer, who fled El Salvador when a murderous gang tried to force her twin 11-year-old sons to become members.

There's Yanisley Estrada Guerrero, who sold her house in Cuba to pay a smuggler to get her and her husband to Mexico.

"I still cry almost every day," says Estrada, a 33-year-old economist and former bank manager. She's now working illegally at a Juarez hotel for $60 a month, less than half Mexico's minimum wage. "But I do it in the shower, because I don't want anyone to see."

These are rough days for the migrants of El Buen Pastor. For the first time since World War II, the U.S. government is turning away thousands of asylum seekers regardless of their need for refuge.

A series of Trump Administration immigration rule changes have effectively sealed the border to the vast majority of asylum seekers, leaving tens of thousands of migrants in limbo, and shifting responsibility for U.S. immigration policy to the Mexican government and dozens of Mexican shelters.

For migrants, El Buen Pastor is both a haven and a prison. It's a small place — four sleeping rooms, four showers, four toilets and a chapel — that provides each arrival with a mattress, two meals a day, spotty wi-fi and protection from gangsters who trawl for targets in migrant enclaves of Juarez.

Life here is marked by brutal summer heat, occasional dust storms, crushing boredom and the guilt of mothers who can't afford dinner for their kids.

But its also a place of children's games, young romance and Scrabble matches that seem to stretch into eternity. Anything to make the time pass.

The man who makes all this work is a retired high school math teacher with jet black hair and the thin moustache of a bygone movie star. Juan Fierro is a 70-year-old preacher and recovering alcoholic who eventually found direction in the Methodist church. At the shelter, Fierro is simply "El Pastor."

El Pastor is the lawgiver (no drinking, no smoking, no fighting) and the genial benefactor who supplies everything from food to bus fare to toilet paper.

He's an unrepentant optimist. But he's also astonished that in a place full of disparate, frustrated people there's so little trouble.

"I don't understand why they're not at odds with each other," he said.

Prejudices lurk just beneath the surface: Cubans are bossy, the migrants say about each other. Africans smell. Guatemalans are ignorant.

In the spring, trouble appeared ready to explode when a Mexican aid organization brought a group of African migrants to the shelter.

"Are they going to stay with us?" the stunned residents asked him.

The Central Americans in particular, many from isolated villages with little exposure to the wider world, are often shocked to be living with black people.

"We have to show them that we are OK," said Samrah, a Ugandan migrant, rolling her eyes.

The U.S. Department of Homeland Security insists the January policy returning migrants in Mexico is designed to bring order to the asylum process and "decrease the number of those taking advantage of the immigration system."

Before the new policy, migrants who passed a so-called "credible fear" screening could stay in the U.S. while immigration courts decided their case. Now, it's often not clear how the process works.

First, only Central Americans were sent back to Mexico under the new policy. Then, starting in June, Cubans were also sent back. Pregnant women, non-Spanish speakers, and other vulnerable migrants are sometimes — but not always — allowed into the U.S.

In July, a second administration order effectively denied asylum to most migrants who arrived at the U.S.'s southern border, insisting they must first seek asylum in another country they had passed through.

The relentless changes mean despair for the migrants, stuck between a country many won't be able to enter, and homelands that they cannot return to.

"It's very complicated and if you put your brain to thinking about it, you'll just burn out," said another Ugandan, a former used car dealer.

Few of the migrants will allow their full names to be used, fearing it could cause trouble at home or with U.S. authorities.

Fierro, whose family has been on both sides of the border for generations, presumes the waiting list is designed to exhaust the migrants, to push them to the point where they simply give up and go home.

They "have been worn out emotionally, physically," he says. "Maybe the moment will come when they don't want to keep fighting."